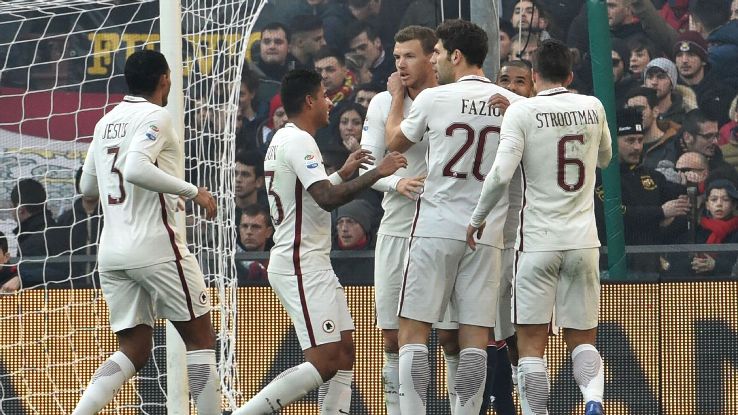 A.S Roma 1 Genoa 0 FT
Stadio Luigi Ferraris, Genoa
Happy New Year and welcome to the 2nd half of the Season in Serie A. Following Roma’s win over Chievo right before the winter break they would return to their Serie A crusade in their 19th game of their campaign going on the road to face Genoa. Roma would start 2017 in good form coming off a good ending to 2016 beating Chievo a few weeks back to create some real separation from 3rd as they continue to try to fight Juventus for the title. Juventus went into the weekend with a four point lead but only because they have played less amount of games than Roma. 2017 got off to a good start wasn’t the best performance I’ve seen them play but none the less they got off on the right foot Roma’s high power attack showed there strength attacking the goal with great success but it would be an own goal in the 1st half that would make the defense as they would narrowly beat Genoa 1-0 to pick up the three points. Despite not playing their best it was great to see some Italian football once again but a nicely little road win was good to see and with the transfer window open it looks like it could be a promising 2nd half of the season not a great start but a good one.