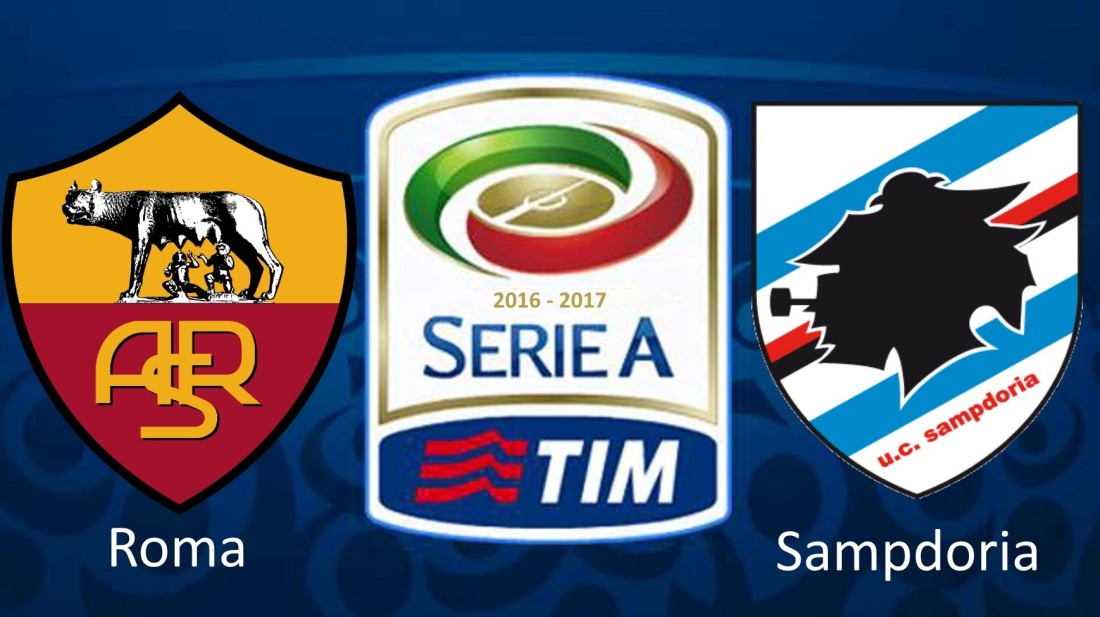 After the transfer window closing with clubs having finalized their deals as well coming off International break Serie A returns in a massive fixture. As Sampdoria will welcome Roma to Stadio Luigi Ferraris in the third game of the season following the International break. During their three meeting last season Roma had the upper hand winning two out of their three meetings with a win in the league as well as knocking Sampdoria out of the Coppa Italia. Roma also have won three out of their last 5 meetings against them but Sampdoria has had success against them and are capable of beating the Romans. Sampdoria has started their year quite well in the two games played they have beaten New comers Benevento and beat a very diffusional Fiorentina side getting two wins out of two a very good start to the season for them getting 6 points so far but shouldn’t get carried away. Roma on the other hand have split their first two games having had to play two very challenging opponents to start the new season edging a 1-0 win on the road to Atalanta and losing to Inter Milan at home due to controversial circumstances so just the three points out of the two games. I don’t think we should pay to much attention to league position given that its rather irrelevant at this stage. Despite that he is a big match for both teams for Sampdoria its about continuing to make a statement this season and for Roma it is about proving that they are still a legitimate threat this season to show despite the changes Roma are still one of the best teams in the country and they just solved their biggest problem this past week. During the closing hours of the transfer window Roma struck a deal with as it happens with Sampdoria in a club record 42 Million for Sampdoria top scorer the 21-Year old Patrik Schick. Which was a great last piece of business having lost Mouhamed Salah this season Roma have finally replaced him with a quality player. This storyline give this game a little more excitement as Schick will be making his debut for his new team against his former side. This is statement game for Roma with the club almost having to win because they don’t want to fall to far behind given the big teams in this league aren’t a joke. Despite Sampdoria having so success against Roma I just don’t see them having enough with the fire power to ultimately stop Roma its going to be a massive task to control their star players. 2 weeks ago against Inter Milan it was a different situation given that Inter could match the Roma’s stars with their own Samp wont be able to do that. Roma is one of the best attacking teams in Italy. Their front three in itself can do the damage with the very dangerous Edin Dzeko who scored his first goal of the season against Inter Milan along with Perotti and new Signing Patrik Schick there’s about 60 goals there not to mention they have a good option off the bench with El Shaarawy as well several other options as Roma have a lot of depth. A extremely strong midfield with the likes of De Rossi,Strootman and Nainggolan . Their defense will be their down fall if there is one they still have several players coming off injuries as well as a few player who drastically underperformed against Inter. However Florezni is back and scored in a friendly mid-week also I really like how Kolarov and Jesus have played so far this season from defense along with Manolas and am also very satisfied with how Allison has performed in goal however their defense is Roma weakest point so from a tactical standpoint that’s where Sampdoria will want to attack but I’m not sure they have the players to do so. I’d like to see a very changes to the side id like to see Pellegrini get a start over Strootman this week I think Roma need a new look side for this game not drastically different but some slight adjustments it will be a strong team regardless but id like to See Pellegrini get a good run out. As for Sampdoria they are without a star player but do have some quality in their side in Dennis Prat, Fabio Quagliarella and Lucas Torreira they are quality players but they simply don’t have enough to slow down a upset Roma side. Roma will be challenged but The Romans should handle their business .