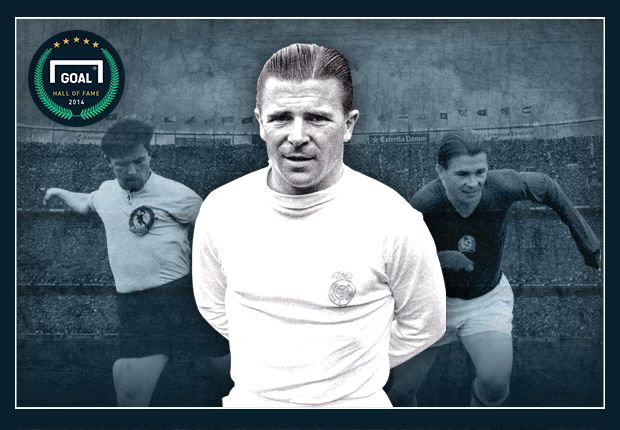 It is November 2006 We are in the Hungarian Capital of Budapest as the people of Hungary have to say good bye to a National hero and a legend in World Football. The entire country had a standstill moment as a great man and player passed on as Hungarian football icon Ferenc Puskás spent his last days after a battle of Alzheimer’s disease. Millions of Hungarians fled the streets to celebrate his life and to mourn over a loss of a national hero he wasn’t just a man to the Hungarian people he was a GOD the relationship he had with his people is unlike almost anything ever seen unlike the stars of today as a person he would go and see the supporters he was such a good person he would sometimes stop when he saw a Hungarian beggar sat with them eat with them drink wine with them gave colthers to them and a cried with them it would be a very emotional for Hungarians to meet each other he was more than just a footballer to his people he is the most famous person in Hungarian history the people on the country worship him which is why people cried like he was a member of their family because they thought and felt like he was. Puskás widely regarded as one of the greatest players of all time and the greatest scorer in the 21st century. He is the first son of Hungary became the ambassador of Hungarian football known as “The Galloping Major” as he was known back in his playing days put Hungary on the map making them one of the greatest teams in world football were the #1 team in the world as one stage the team that won a gold medal and made a World Cup final in the 50’s. Not only was he considered as one of the best players in his He was unlike any footballer we have ever seen the uniqueness of who he was as a player and a person. Not to mention he was a lethal scorer scoring 352 goals in 341 appearances and won 5 league titles with Budapest Honvéd before his career stopped temporarily. Mid way threw is career during and his prime he was elected severe in the Hungarian army becoming a major. He became the most interesting footballer we may have ever witnessed Puskás went on to play for Real Madrid winning 5 league titles a Spanish cup and a 3 European cups to become one of the true greats in his career he went on to win 16 trophies scoring 746 goals in 709 matches he represented true greatness but this only half the story. 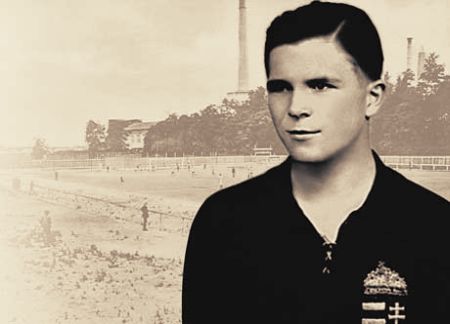 In the summer of 1947 Ferenc Puskás was selected for the Hungarian national team as the National team prepared to compete in the 1947 Balkan Cup also known as the Central European Championships .The Balkan Cup was a competition ranging from 1929-1980 the tournament featured Albania, Bulgaria, Greece, Hungary, Romania, Turkey and Yugoslavia. It was a five team league like 4-game tournament each country plays every team once with the team with the most points crowned as the winner. It was the first time this historical team would play together in a competitive tournament it wouldn’t be against the biggest opposition but it was a good test for the Hungarians it would be great preparation for The Olympics and the World cup. They were an up and coming squad with the potential of greatness they would first get the ball rolling in this competition. They started off with a challenging 3-2 win against Yugoslavia with Puskás scoring his first  goal of the tournament it also be the only two goals that would be scored against them through all 4 games. After the opening game they would shred through the rest of the teams that came in their way. They followed up their opening win with a 9-0 thrashing of Bulgaria  they then took on Albania and took care of them quite easily with a 3-0 Hungary win. Hungary with finish up the competition with their final match against Romania Puskás would score twice in  a eventually 3-0 win taking his International goal tally to 11. Hungary will finish top as they would win the Balkan Cup. Through the four game Hungary would score 18 goals only conceding two in an example of pure domination. Yugoslavia would finish as the runners up and Romania would finish in third place. Despite not being a luxurious competition the world got a taste of how good they could be come the “Golden Team”  was just warming up this was the beginning of a break through in Hungarian football.

In 1949 Change was coming as Kispest A.C  was no more the club underwent a takeover. Believe it or not the team was taken over by the Hungarian Ministry of Defence which is a member of the Hungarian cabinet and the head of the Ministry of Defence. The defence minister appoints the Chief of General Staff to the head of the Hungarian Defence Force. Through these changes the club became a Hungarian Army team and the club changed its name to Budapest Honvéd FC. Due to the fact that they were now an army club players were given military ranks Ferenc Puskás was given the title of “Major” hence his nickname the “Galloping Major”. A major is a high importance  military commander rank above the rank of captain and below the rank of lieutenant colonel It is equivalent to the naval rank of lieutenant commander. Being an Army club helped the club persuade some of Puskás’s  Hungarian teammates to join the club in the first season of Budapest Honved with the likes of  Sándor Kocsis who was a very dangerous goal scorer and was also considered one of the best players in the world at the time as he would arrived in January coming from Ferencvárosi TC an addition to Kocsis the club also signed Hunagaian winger  Zoltán Czibor from Csepel SC. With the new look new name team that they had with Budapest Honved hit the ground running they weren’t just challenging with Puskás and Kocsis they were the shoe in favorites to win the league.

Kocsis and Puskás set the league a light as they combined for 55 goals among the two of them creating a excellent strike force. Puskás would see a lack of production from the previous season but he didn’t have to carry the entire load anymore as the two of them make it looks easy. Kocsis scored 24 goals in 15 games in his debut season and  Puskás  had another excellent season scoring 31 goals in 30 games to be the leagues top scorer for the second time not to mention his 11 goals for Hungary that season as he would continue to reach bench marks as the “Galappoing  Major” hit 250 goals before reaching his mid 20’s he was on pace to become the all time leading scoring for club and country. In the league Ochi finally was able to deliver greatness to the club. As Budapest Honvéd became champions of Hungary thoroughly deserving the title. Budapest had the team to carry greatness through the future after getting close several years prior to the name change. In 1950-1951 season Budapest Honvéd remained the favorites in the league and were widely expected to retain the title with two of the top 10 players in the world with Sándor Kocsis and of course Ferenc Puskás. Puskás continued to improve each season despite the amount of goals decreasing he continued to become one of the best scorers the footballing world had ever seen was unstoppable in the final 3rd once he received the ball in that area it was over for the defense as he had the skill to break down any one also with the capabilities of scoring from deep as he started to develop excellent range. They attack would be too difficult to control as Budapest Honvéd again would be crowed champions of Hungary for the second season in a Row. Puskás would decrease in goal production due to injury but still managed a very respectable 25 goals. His strike partner Kocsis would score 30 goals that season as the two of them propelled Budapest Honvéd to another championship. During the following season in the 1951 campaign Budapest Honvéd would still remain the favorites but this time they would get a legitimate title challenge from Budapesti Bástya the pair of Budapest clubs would go back in forth through out the year. Puskás netted 21 goals while Kocsis added 36 but at the end of the season despite coming on the brink of three league titles in a row but this time Budapesti Bástya would outclass Honvéd to win the league as they failed to make it three in a row. The efficiency can not be understated though the Hungarian superstar scored 21 goals in 21 games  in the league as well as 10 goals in 12 games for Hungary proving that he is still the world’s best player.