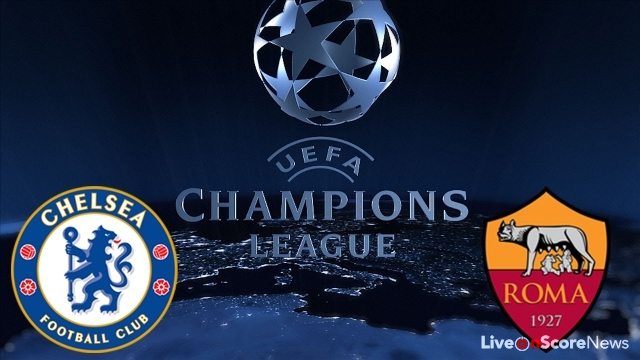 The Champions league returns this week on Match day 3 of Group C as A.S Roma travel down to London to face defending Premier League Champions at Stamford Bridge. Roma are coming off a narrow 1-0 loss to League leaders Napoli and are looking to get back on the right track. Back to back wins in the champion’s league would do a lot for their confidence. Chelsea are coming off a loss as well as they had a shocker over this weekend losing to winless and goalless Crystal Palace. Both sides are looking to get their seasons back on track not to say they have been poor because both teams have done quite well this Season. Going into this game both Roma and Chelsea have some similar issues with the injury bug having hit both Clubs. However it has hit Roma more severely with Injuries to Kostas Manolas, Emerson, Patrik Schick and Grégoire Defrel keeping them out. There is some good news Kevin Strootman and Stephen El Shaarawy expected to return in time for this Cup tie. While Chelsea get Morata back ahead of this clash but still are missing Kante and Drinkwater. Both clubs missed out on champion’s league last season both are back in the big time as they prepare for this massive game. Chelsea sit top of the group with 6 points defeating Atletico Madrid and Qarabag. Roma are in second with 4 points with a draw with Atletico Madrid and a win over Qarabag. A win for Roma will take them to the top of the group while a win for Chelsea would almost certainly confirm a place in the knockout stage. The two clubs last played during the 2008 Champions League group stage with Roma being victorious on that occasion 3-1. Roma have only faced Chelsea three times adding two more to that will be great two exiting games ahead. This game will come down to how well Morata plays say what you will be a fully fit Chelsea and a fully fit Roma aren’t that much different in quality I would favor Chelsea but they are very similar in what they can do. Morata returning will be a massive boast especially because they are without their best player N’golo Kante. The Match up to look for is Edin Dzeko vs Álvaro Morata. These guys are serious business two of the best strikers in the world. Morata needs to be at his very best because Dzeko is fully fit and is yet again scoring goals for fun this season. I think that Dzeko is more dangerous at the defense will have to be at their best to stop him. Roma defense will have a job to do in this game even if Morata isn’t at his best they will have to deal with the masterful Eden Hazard who is one of the best players in the Premier league he is so effective and can hurt you in so many ways. Having to go up against Hazard it is the worst time for your best defender to be out. Roma will really miss Manolas in this game; he is the type of player that can frustrated a player like hazard despite Roma having an amazing keeper in Alisson and a very good defense Roma will find it difficult to deal with what Chelsea will bring forward. Equally though Roma have a massive weapon in their midfield and his name is Radja Nainggolan a player Chelsea will be familiar with. The blues have tried to bring him down to London repeatedly but the midfielder has admitted that his allegiance is with Roma as he signed a new deal over the summer. Radja in another one of these players that can change the game in many ways everything flows through him and he will give problems to the defense if Dzeko and Radja Nainggolan are at their best Roma can pull an upset but I see this as a draw with both teams coming off of not ideal results over the weekend and have injury issues. However if El Shaarawy can play we could see a Roma win but as it stands I think the points will be shared.