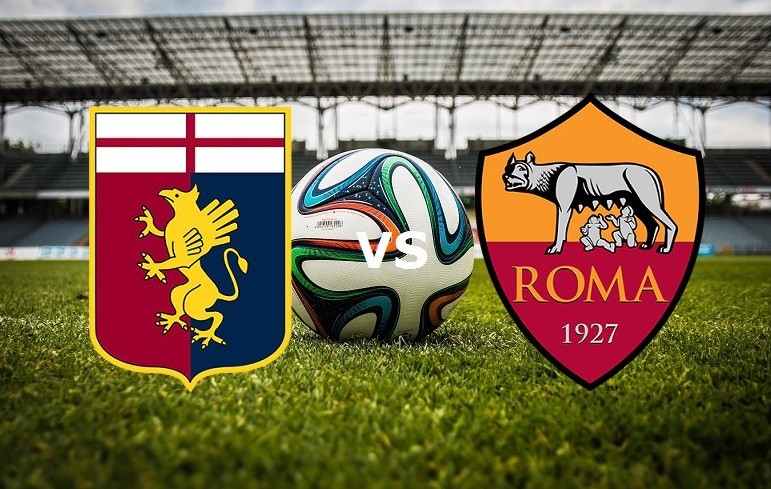 Following a disappointing loss to Atletico Madrid Roma looks to get back into winning ways as Serie A returns on the weekend. Despite the loss in the champions League Wednesday Roma have won 5 consecutive games in the league against Torino, Crotone,Bologna, Fiorentina and the derby win over Lazio respectively. Roma currently sit in 4th win 30 points with on game still in hand only one point behind last years champions Juventus. They will travel to Genoa as the Stadio Luigi Ferraris will open their doors to Roma as the Giallorossi prepare to take on 18th place relegation threatened Geona.Last season Roma won both meetings against them including on the last day on what Totti’s last ever game in the Roma shirt as Roma held on to second on the last game of the season. Going into this game Roma have won a Serie A record 13 straight away games in the league they are one of the toughest teams in Italy away from home. Roma have also done well against Genoa in their last ten games against them Roma are 9-1 with their last loss to them coming three years ago. Since these two sides started playing Roma has won 66% of the games. These teams are so far apart in terms of quality I see Roma keeping their winning streak in the league alive with what should be another easy win for the Romans. Genoa do not have much they can bring forward in this game the only person they really need to worry about Pietro Pellegri the 16-year old youngster seems to be their only creative player that will create any danger forward. Meanwhile Roma’s squad is full with quality. Roma’s attack is lethal with the likes of El Shaarawy, Diego Perotti and Edin Dzeko. Roma’s striker has failed to score in quite a while is see this as a spring board I fancy him to find the back of the net in this game against the 18th place team I think that this will be a game he can breakthrough and get out of his scoring slump. The midfield is always very strong regardless of who they put out in they central positions. The key man of the very talented Roma midfield is Radja Nainggolan. He proved his worth against Lazio in an ruthless performance after being supposedly injured in that game he scored a wonder goal on less then a 100% if he is anywhere close to that Genoa will have their hands full. I feel like this is a game in which we can see Gerson and Cengiz Under both play at some point giving the younger guys the chance to prove themselves getting some solid minutes. Roma have the leagues best keeper and defense which will make it very difficult for anyone to score on them epsically a team that doesn’t have attacking players. Alisson leads Serie A with 7 clean sheets it tends to take an unstoppable goal to score on him he doesn’t make many mistakes. One of the other assets they are is their defense can frustrate attacking play at the Roma goal. Not to mention their back can get up the pitch an contribute to the attack as well as the defense. Genoa just isn’t a very good team and they don’t have nearly enough to stop the inevitable I see Roma shutting them out leaving with all three points extending the Serie A away record to continued good form from Eusebio Di Francesco and Roma.