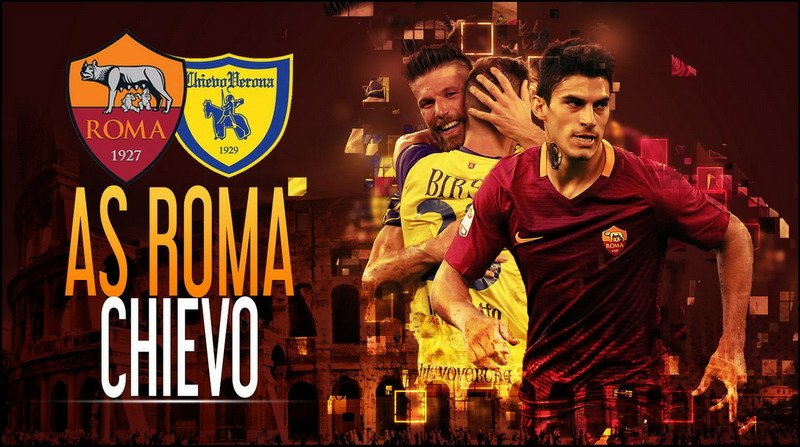 Following Roma’s win against Qarabag in the Champions league to see them win the group of death. Along with Perotti’s new deal with the Giallorossi Roma would return to Serie A play as Roma are set to head out on the road to face the Flying Donkeys in Verona. Cheivo currently stand in 12th with 20 points and find themselves on a horrid run of Form. Cheivo got taught a lesson last weekend against Inter in a 5-0 blowout for Icardi and company. Cheivo has only got two points for their last 5 games and have a very poor track record against the Romans and I feel they will find it very difficult against a high powered Roma attack not to mention this stone wall defense. Roma have won four out of their last five games in Serie A and are playing really good football as the season has progressed. Roma have won 6 out of their last eight games against the Verona side. Last season Roma completed the sweep against them winning both games in their respective 5-3 and 3-1 wins over the two games scoring an astounding 8 goals in two games. Roma also currently have 14 more points every thing that we know points to a Roma easy win. However despite all the success Roma have against them Cheivo have been be able to hang with Roma on occasion as they gave Roma a game during their second meeting last year even leading twice in what turned out to be a 5-3 Roma come from behind win. It is undeniable on paper that Roma has all the quality that I don’t believe Cheivo has the resources to deal with Dzeko scoring again and a team that features the likes of Stephen El Shaarawy, Diego Perotti and Radja Nainggolan I find it hard to believe that Cheivo can really break down Roma. Not to mention Roma has the most in from keeper in Serie A in Alisson and a defense that only seems to get scored on by penalties. Daniele De Rossi will remain out serving is final game of his two match ban but is still likely to make the trip but will sit in the stands. We still have yet to see a full product from Roma record signing Patrik Schick I think this is one of the games where we could see him get a start at least get a good chunk of minutes. I also fancy either Gerson or Under to get a good run out against a bottom team but Roma will still remain focused to win the game to keep pressure on the teams above them as Roma very much desire to stay in this title race.