Coming off a bore 0-0 draw with Lazio in the Roman Derby this weekend wrong will turn into action in a midweek fixture against Genoa. It will be the second meeting of the Season between Roma and Genoa with still a lot at stake regarding the Champions League places. Roma Drew to Genoa away from home earlier this season and match that ultimately was the start of Roma’s biggest lump of the season. This is something that simply cannot happen again with the race for that third and final automatic Champions League spot very much in the balance with Roma Inter and Lazio only serrated by two points. With only five games remaining in the season it’s now or never for Roma.

After last week’s display in the Roman Derby Roma needs to get back into winning form because of the teams that are fighting for Champions League spots Roma has the easiest schedule to achieve it. With only one tough game against Juventus in which they could drop points. Everywhere else across the board Roma should be getting wins. So it’s really important that Eusebio Di Francesco and his Roma team need to take advantage of winnable games especially with thier Champions League semi-final first leg match against Liverpool upcoming. Unlike the other three teams in the semi-finals Roma needs results in the league as well they have to stay focused and get the job done on Wednesday night. Roma’s away form in the league has been less than stellar the Stadio olimpico has not been a fortress the way it is in the Champions League. That’s why it’s  extremely important that they take care of business at home. With that being said I find it very possible that Roma will make several changes in the team Roma’s bench is good enough to beat Genoa. So I expect there to be lots of changes made due to the fact Liverpool is not far away and Di Francesco wants his players rested and ready when the time comes. I would say that Dzeko still plays under gets back into the starting lineup besides that I think it will be lots of changes. I see Patrik Schick Gerson and Lorenzo Pellegrini all getting starts. This is a game that shouldn’t give Roma too much trouble for the biggest Difference Maker for Roma I believe will be Edin Dzeko. He’s really starting to get into form which is why I would argue against resting him because you want him inform and firing on all cylinders going into the Liverpool game. This will be a different Roma but I Roma capable of getting the three points which is what they need to do tomorrow night.

Genoa surprised me this year I thought there we’re for sure going to be relegated. They’ve done really well in the second half of the season they even beat Inter Milan which was a big victory for them. However I don’t think these points are necessary for them they’re not challenging Europe they’re not going to be relegated there a solid mid-table team. So winning this game isn’t necessary. However they always seem to show up against Roma they won’t go down without a fight but the fact that they are safe makes me think they’re at a disadvantage. They have quality in their team but the question remains do they have enough to stop Roma. they have some difference makers on this team. I believe getting a draw would be a very positive result for them to push them on throughout the season but like I said it’s not necessary. Genoa key player for this matchup is definitely Perin. He is one of the best goalkeepers in Italy he is vastly underrated and I believe he’s good enough to play for one of the big clubs. His goalkeeping ability will make a big difference of the scoreline so I see him as a major factor. If Genoa get a draw it will be because of their goalkeepers incredible ability. 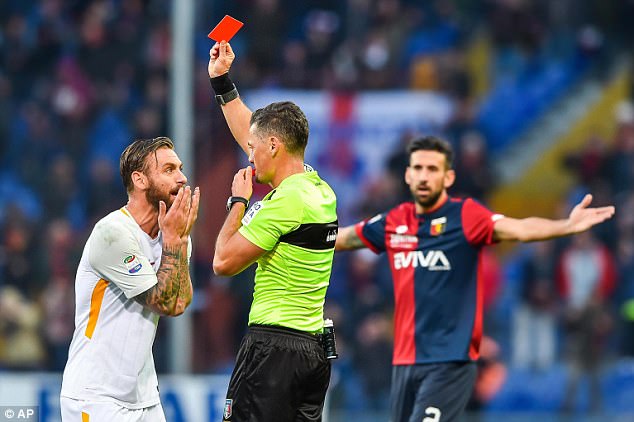 For Genoa a win or Draw here will be for Pride alone for Roma the results of this game could determine everything. With the race for the final automatic Champions League spot very much up for grabs Roma cannot afford an off-day. Understandably Roma probably don’t want to play their full strength side due to injury precautions ahead of the Liverpool game Roma need all their players ready and willing when that day arrives. despite that is important that Roma’s players that come in Step Up and deliver because the results of the next five games mean everything it is getting too close for comfort so is this is a must-win. Genoa is team  capable of making noise against the big boys so for them it’s about showing and displaying they have the capabilities to knock off one of the best teams in Italy. It means much less but Genoa seem to play up to their opponents on many occasions so they’re not going to give any less effort than Roma will. But Roma the results of this game has a much more meaning. When it comes down to it the quality of Roma is just a bit too high and roma understand what they need to do. They don’t want to do all this work and then end up in 5th place. When it comes down to it Roma will turn up to this game because I know they need to I expect it to be tough but in the end Roma will collect three points to put themselves in position to get back into the Champions League next season .