After an uneventful Derby Roma hosted mid-table Genoa as they welcomed them to stadio olimpico in Rome. After a run of three consecutive games in League Play without a victory Roma picked up a massive of 3 points keeping Pace with their competitors for that third position. Cengiz Under made his return to the starting lineup and delivered for the rested Romans as their young Turkish star let them to a narrow 2-1 victory as they continue to fight Lazio and Inter Milan for the final automatic Champions League place.

Cengiz Under is on the verge of Stardom After a slow start to his season upon his arrival from Turkey he has turned into some player. The kid is special after a relatively slow start to the season Under has really started to turn heads as he is on the verge of being a superstar in this league. Since the turn of the new year he has seven goals and three assists. Ever since he has been put into the starting lineup he has been one of Roma is most effective players. He has become a defensive nightmare as he has incredible speed and a wicked left foot with great range. He seemingly has all the tools to replace the void left by Mohamed Salah Last Summer. The Turkish youngster I believe can develop into that kind of player. Once he grasped the language and gotten more game time he’s really turned into some player he is special there’s just something about him the best part of this is he’s only 20 years old next year he quite easily could break 20 goals I’m not saying he will but he has the ability. Not only that but it was evident in this game that he’s capable of scoring important goals he scored the away goal against shakhtar Donetsk and the round of 16 of the Champions League also has game winning goals against Verona and Udinesse as well as last night. Not to mention he scored against Napoli at the San Paolo. He is only going to get better this season and will be a massive part of Romans chances against LiverPool in the semi-finals of the Champions League. As good as Liverpool are they will have a tough time dealing with the upside agility and speed of this Turkish delight. His link-up play with Edin Dzeko has been fantastic he is a superstar in the making I would say since 2018 he’s been one of the five best players in Italian football last night was important and he delivered for his team he was the biggest Difference Maker in the game.

Genoa can be a tough match up for anyone. 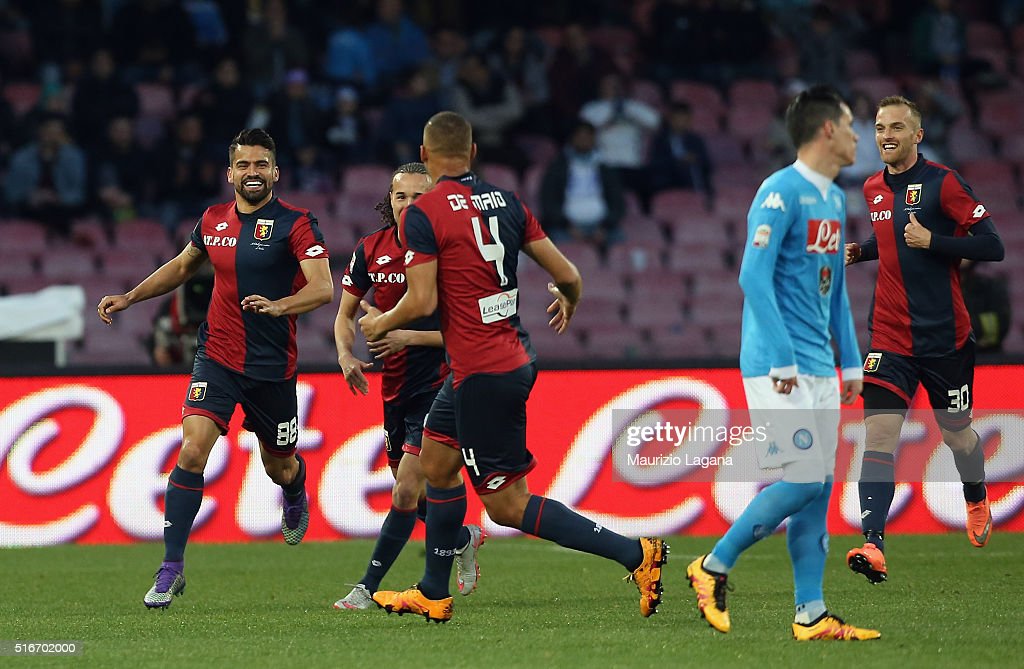 Genoa despite being a mid-table team and earlier this season being in the relegation Zone. This is a team that will give any team a game despite Roma dominating The Possession and having the majority of chances. Genoa took advantage when opportunities came. They caught Roma sleeping and scored a goal as Roma were out of position which largely lead to Genoa minimizing the deficit. This is not a team that we ever going to be pushing Europe but as we’ve seen they’re capable of playing up to their opponents they’ve gotten points off Roma earlier this season they got points off into Milan they’ve gotten points off Lazio as well as Florentina. Last night they had a fight in them that wasn’t going to make a difference whether or not Genoa won the game because pretty much everything is set for them this season. Despite that they still went after it and did their best trying to stop inevitable Loss. I think they can keep their heads held high after that performance. 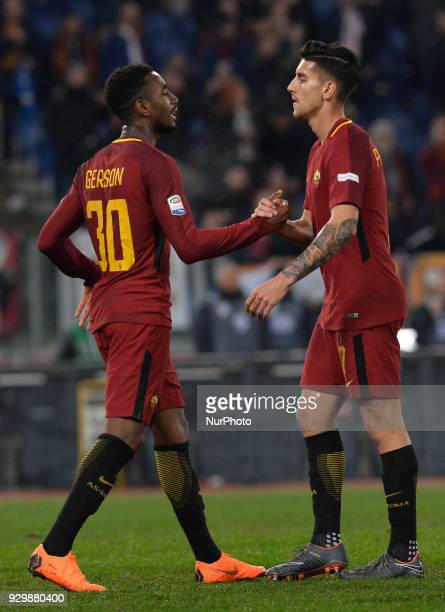 Eusebio Di Francesco made 6 changes to his team prior to the game. He wants to keep some legs fresh as Liverpool approaches next week. Roma’s rotational players or second-tier starters carried the weight. With three points being an absolute must they stepped up and delivered for their team as Roma earned a massive three points. Gerson Lorenzo Pellegrini And Maxine gonalons all started in the Roma Midfield. I thought the rotation performed very well against a Genoa side that fought back in the second half. Gerson and Lorenzo Pellegrini despite some mistakes made I thought looked strong in a few years time they will morph into exceptional Talents along with under who has broken onto the scene this season and arguably is slightly ahead of their progression despite that these are all fantastic players. The Youngsters they do have are only going to help them Drive the club forward they showed in this game that the young Romans can carry the weight and pick up crucial victories when rest is needed to some of the regular starters. I think the youngsters will likely start on Saturday as well and. They seemed to improve game by game so Saturday will be another test against a relegation side they should be given the opportunity to show what they can do it again because it was clear they have the quality their potential is immense.

Genoa’s keeper Mateo perin was a standout performer for the visitors. Roma quite easily could have had two or three more goals in Edition to what they had. Perin kept game closer then it could have been. He is one of the most underrated goalkeepers in Italy I would say he’s arguably among the top 5 goalkeepers in the league. he’s not in the same class as alisson but he is tremendously good I think only alisson Szczensy and donnarumma are better. no disrespect towards Genoa but he is far too good for them a top team should highly consider a move for him. He has a quality to be a world-class goalkeeper and he is in a very unique situation where you could probably get incredible value for him the cost would probably only be around 30 million which in this market is pocket change. Time after time I’ve seen him put in some incredible performances I feel he does not get the recognition he deserves it was abundantly clear in this game how skilled he really is I would be very surprised if a big team doesn’t come in for him during the summer.

The Champions League race is tighter than ever

Roma pick up a Monumental win a game they really could not afford to lose. one of these teams is not going to make it at least to the Champions League. one of these teams will end up in the Europa League instead. so picking up the maximum amount of points is essential the other two teams fighting also won. last night it would have been costly if they didn’t pick up the three points as Inter Milan and Lazio both picked up victories. this battle has never been so close and continuing to win against the lesser opposition is a must for Roma they need maintain their form throughout the rest of the season it is important because they will have to deal with the champions league as well as focusing on getting points in the league. However hopefully that will help them and Inspire them to continue to get the victories necessary to get the third spot they thoroughly deserve. With only four games to go each team only has one a difficult match Roma playing Juventus in a few weeks and Inter Milan and Lazio play in the final day of the season a match that which could determine everything. It is so close there is one point separating three teams that is how intense and close it is becoming. This was a big victory because they need to continue to play well because one poor showing or dropped point could ultimately end their chance at 3rd and getting back into the Champions League next season automatically. However I would say worst case scenario they get fourth I don’t believe they will drop to 5th they are just too good to do that as I see Inter Milan as a much less consistent team. It’s really coming close as the season comes to an end but I have complete faith that Eusebio Di Francesco will lead Roma to a third-place finish something they have thoroughly deserved.