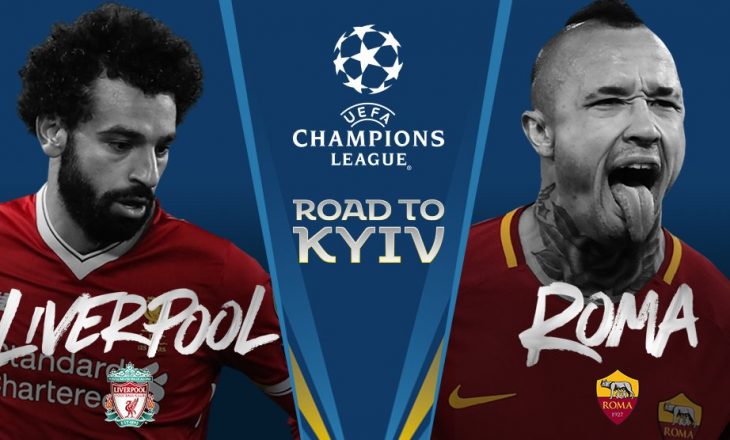 The day as Among Us it has finally arrived. The Champions League semifinal against Mohamed Salah. Roma travel to England where they will be welcomed to anfield as they are set to take on Liverpool in the Champions League semi-final. Against none other then former Roman Mohamed Salah who has just recently been named Premier League player this season. People already think Liverpool have made the Champions League final under estimating Roma could prove to be a costly mistake once again this is the same team that turned over a 4-1 deficit to Barcelona. Regardless what happens over these two legs we are ready for 2 fantastic European nights. As Roma get visited by an old friend. 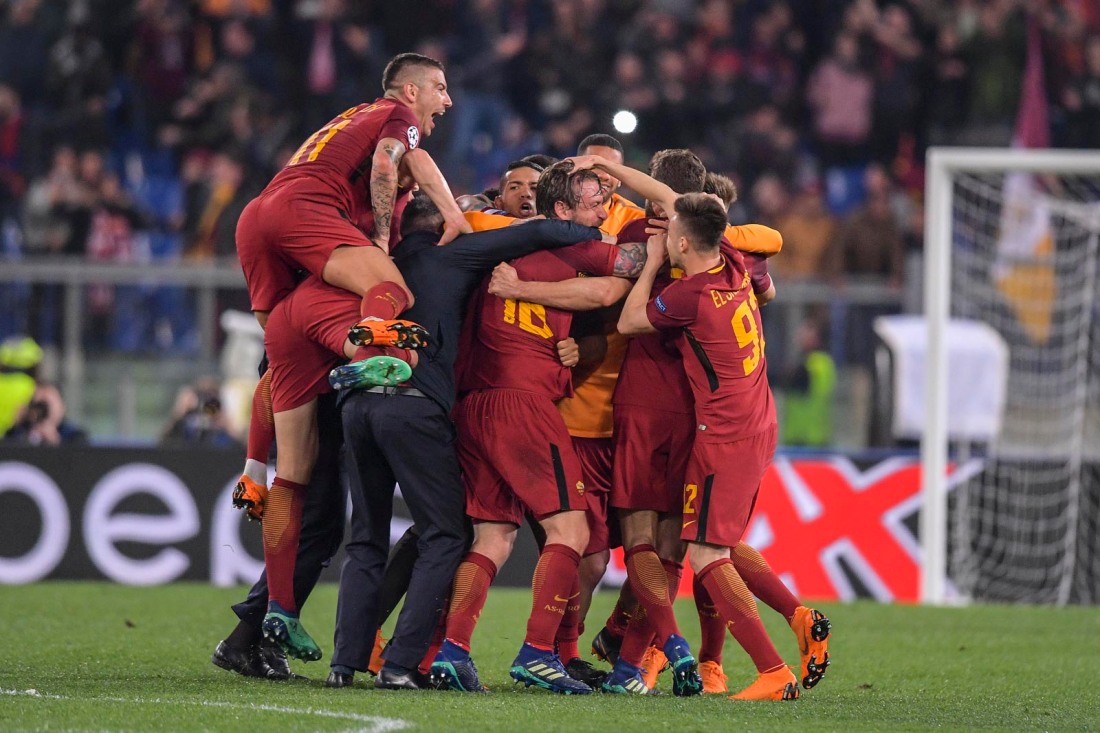 Roma got beaten by Liverpool in the 1983 European Cup and their own backyard. While neither team features any of the players from that night Roma is looking for Revenge. Psychologically it will be on their mind it won’t be the focus on the match but the fans in Rome want revenge. It will be somewhat of a reuine for Roma and Mohamed Salah. Roma’s biggest task will be slowing down the scoring machine that is Mohamed Salah. A player Roma know very well because Roma had the biggest impact on his progression to the top of world football. There are players in this Roma team who have played with Mohamed Salah and practice with him for the last 2 years Kostas Manolas speaks to Mohamed Salah regularly he knows him inside and out and prior to this match he said jokingly he will kick them but afterward they can still be friends. Liverpool probably don’t understand the significance of these guys in his progression of this player before announcing himself to the world. That’s why the defense in this match will be very crucial despite what they’re up against if their defense can play the way they did in the second leg of the quarterfinals against Barcelona they have a great chance. Tactically Eusebio di Francesco will have a plan on how he plans to attack and defend this Liverpool team. I’m not sure what formation he will go with he can go in many different spots here with the 4-3-3 formation the 4-2-3-1 formation the 3-5-2 formation. He has a lot of options it all depends on what team he wants to play in that first leg. It’ll be largely important to giving away goal because at home I don’t fancy Liverpool to get a result. Being underestimated will light a fire under Roma and once again they’re being underestimated many people think this tires already over before it’s even started. Edin Dzeko is quite clearly the most important player on this team in the moment. Largely because his goals are really important and I completely agree that opinion. He is Roma’s most important player open two legs but I actually believe it or not think the key player in this matchup is going to be Diego Perotti. This may sound really strange but Diego Perotti actually has a massive role in the outcome of this game. If he is playing to his ability he will open up the attack for Roma because of how good he is with the ball at his feet and has an incredible intelligence him being at his very best will allow Dzeko El Shaarawy and under to play at a top-level. I’ve said this all season when Diego Perotti starts and plays well Roma win games. he is recently coming off an injury but if he is fully fit for this game I think you have to start him. Another player I would keep my eye on is the Turkish youngster under he is the closest thing to a Salah replacement that Roma have he has the speed agility and a wicked left foot he will break them down if given the opportunity and if you ask me he has a great chance to in long run being ideal replacement for the Egyptian he is just that good and he’s only 20. defensive setup is very important Roma really need to slow down that front three as much as possible in addition to that Alison Becker needs to play the best two games of his life Roma’s goalkeeper is one of the best in the world this season. Make no mistake about it this Roma team is not going to concede to the fact that Liverpool are a better team they will fight till the end Eusebio Di Francesco and his troops will be ready for anything. Before I on Ravel this I want to say I have the utmost respect for Liverpool and what they have accomplished this season they are a fantastic team who deserve all the credit in the world. I just wanted to get that out of the way the show that I’m genuine about this. Liverpool’s biggest threat is their front 3 with Mohamed Salah Bobby firmino and Sadio Mane they have arguably the most dangerous attack in the world football . With that being said the numbers that these three guys have put up is absolutely tremendous I don’t have the exact amount but they have tons of goals between the three of them this attack is a large part of why they’ve been successful. I expected them To mount a better title challenge then they did but they certainly have it all there. So I completely understand why Liverpool Legend Steven Gerard believes that no one wanted to draw Liverpool in a semifinal. I happen to disagree with that as I preferred Liverpool to Bayern Munich and defending Champions Real Madrid. but I certainly wouldn’t blame someone for thinking that way. The biggest source of their attack will be in that front 3 for Liverpool. Their Midfield I think can be strong at times and have proven to be so with oxlade-chamberlain as the Kingpin of that. However I don’t believe they put the fear in anyone seems through the Midfield teams aren’t afraid of the Liverpool midfield. as far as the Liverpool defense goes they have massive improved with the signing of Virgil Van dijk but I still believe it can be exploited. Liverpool’s goalkeeper karius has also been quite impressive lately but again I don’t think we have an advantage in that department. but I expect all parts to play at their highest level because they’ve been great in this competition. from the Liverpool perspective there’s no reason why they can’t win the Champions League they certainly have the ability to so does Roma but from the Liverpool angle they should be confident. The key player is not Mohamed Salah I think it’s Bobby firmino. the reason being the Roma defense doesn’t have experience dealing with him the Roma defense knows Mohamed Salah if any defense can slow him down. However it will take even more energy to slow down Bobby as well I think he’s one of the Premier League best players he is their Difference Maker. the Roma Lads will be ready but Jurgen klopp and Liverpool’s Red Army will be ready to battle. 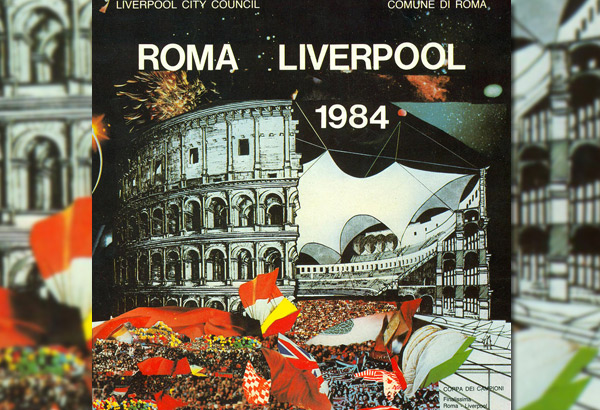 I’ve been thinking this for the last week once you’ve made the semi-final of the Champions League you can’t go into this not believing you can get all the way to the end. so I’m going to start off with this I full heartedly believe in this Roma team and there’s no doubt in my mind that they can win the Champions League. there’s something important to remember here during Liverpool’s last Champions League Women campaign in 2005 they were underestimated and no one gave that my chance against big teens. if you’ve been paying attention to the Champions League this season. What I am describing sounds like 2018 Roma. they will continue to not get the respect they deserve it people need to realize this livable aren’t in the final yet what Roma did in the quarterfinals proves how great of contenders they really are. Liverpool are the favorites to come out of the semi-final and rightly so I have no issue with that. Roma will not winning at anfield as I fully expect Liverpool to defend their house in front of what will be an exceptional crowd from their supporters. they will not lose on their own ground however I wouldn’t say a draw is out of the question. Roma will get a result and England they will gather away goal. as we have seen in this competition aroma grab that goal away from their ground they have a chance because at home they have been unbeatable not one goal has gone into the back of the neck at the Stadio Olimpico I expect an emotional exciting and energetic 90 minutes of football. both teams have the ability to get to the final and lift the trophy I wish Liverpool the best of luck in this match May the best team win. 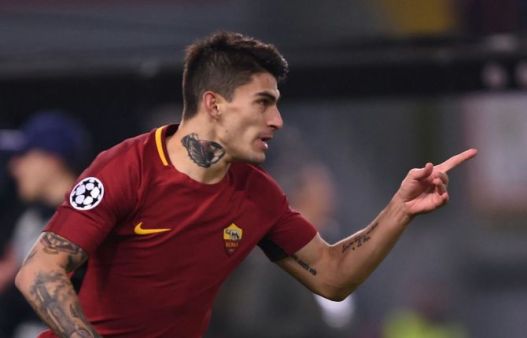 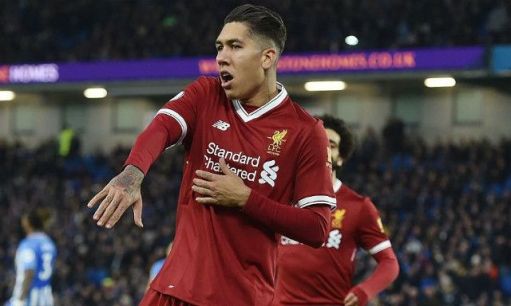