Coming off a devastating 5-2 loss at anfield to Liverpool in the Champions League semi-final Roma return to League Play as they try to keep their momentum going. They will return home to play host to Cheivo for their second meeting of the season. The first meeting did not go as well as I would have liked as they drew blanks in Verona do to superb goalkeeping in what was a scoreless draw during one of the worst runs of the season. This is a different Roma team and they realizes how important points are at this stage of the season. With just a few games left during this League’s campaign the final automatic Champions League place is still very much up for grabs. With Inter Milan Lazio and roma all fighting for it as you can imagine after this year’s campaign in Europe Roma will be wanting to return next season. With that being said every game is a must-win from here on out they have no choice with the race as tight as it is for that third spot with only one point separating the three teams. This is one of the most important games this season because Roma have a real chance to create some separation from Inter Milan and Lazio. Especially because Inter Milan and Lazio both have games in which they can drop points meaning a win for Roma is extremely important to take advantage. Inter Milan face likely League champions Juventus at home while Lazio go to the stadio Grande Torino Too Face a very tough Torino team. At this point in the season all points are important. 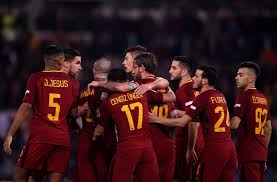 Unfortunately Roma will be without Diego perotti and Kevin strootman. This will open up for Lorenzo Pellegrini and Gerson to get a great deal of play time on Saturday. I expect Stephan El Shaarawy to get back into the starting lineup in light of these changes. This is a Roma team who find themselves on a three-game winning streak in the league. They have found that League form necessary to finish there at the end the season and get that automatic Champions League spot that they deserve. With Juventus being the only tough game remaining on Roma schedule it is extremely important that a win all the rest of their games in case they have a slip up against the Turin side at home near the end of the season. This is why it is really important for them to create separation if they can as I think either Inter Milan or Lazio will lose. It’s actually possible that they both might which would be a very big deal given the fact that Roma can grab a three point lead and a four-point lead in front of the both of them. Roma need to forget what happened at anfields on Tuesday and focus and getting that Champions League spot. I believe that Roma knows what’s at stake here a victory is a must there are not that many games left if they’re going to get back in the Champions League they can’t mess around they need to get maximum points as much as they possibly can. If Roma were in a different situation it is possible that Di Francesco could afford to rest some of their players but because of how tight it is in the league they cannot afford to do that. A formation change might be in order the formation used in the first half against Liverpool failed miserably so against a mid-table team they should figure out A formation that works. I think it’s okay to experiment as long as you have quality players in all positions. I personally would like to see them go back to the 4-3-3 formation because I see that as the most dangerous Roma lineup they can come up with. I think Patrik Schick will get another start in the Roma attack with Stephan El Shaarawy and Gerson. I think edin dzeko can be rested and probably should be he is Roma’s a biggest goal threat and they will need him at his very best on Wednesday given the fact that Roma need three goals. Roma should have enough in their squad to pick up the necessary three points in this game. My key player for this match is Lorenzo Pellegrini he had a man-of-the-match performance last week against SPAL and did well in his start the week before. In a game like this he’ll have a chance to play quality minutes and make his impact on the match. I see him playing a big part and what I believe will be a Roma victory.

Cheivo are in need of points they are just two points out of the relegation Zone so a loss could have dragged them back down there. Last time these two teams faced off it took a heroic goalkeeping performance to keep a clean sheet against them to steal a point. They will need the same once again in that game Roma dominated from start to finish they barely were able to register a shot. this will make it incredibly difficult given Romans form to replicate. Cheivo Verona will need to play extremely defensive to grab a point or else they can get dragged back down to the relegation Zone which is something they would like to avoid at all costs they are just a few points away from confirming their safety. they have only picked up two points in the last five games which is not a comforting statistic for their survival. I thought they did very well against Inter Milan despite losing so there is some hope that they can but still it looks incredibly unlikely. the problem will be that they will need to attack at some point in this game which could leave them vulnerable and open up a shooting range for Roma.Chevios hope rests on the shoulders of Striker Roberto Inglese he has nine League goals this season and is there biggest threat going forward if he gets a few chances it’s the only chance they have a chance at some points it’s all on him. 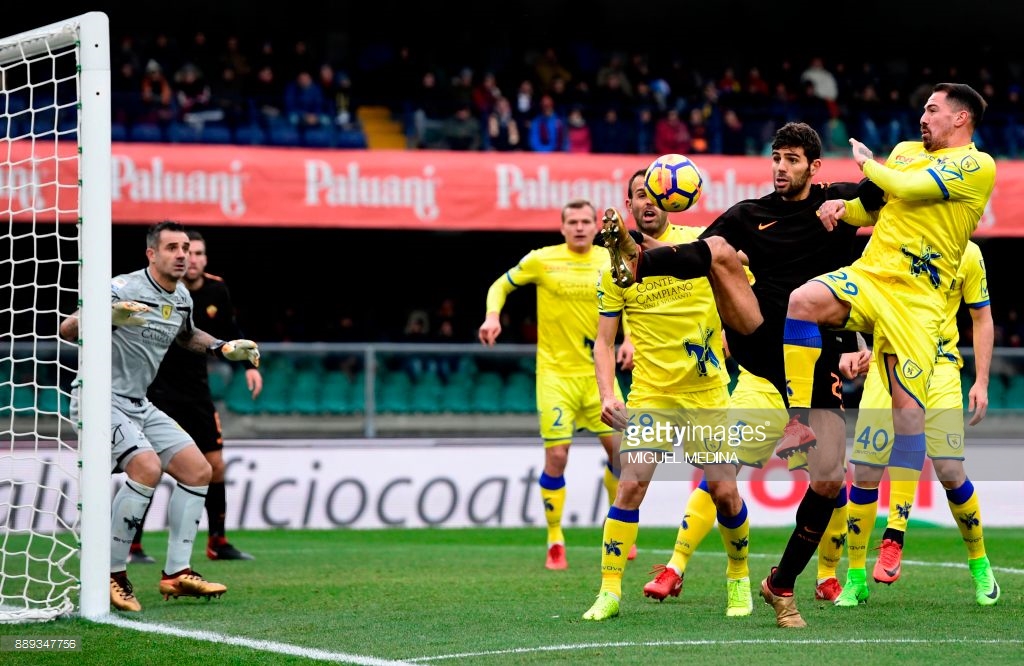 once again it is a battle between two teams in need of points. they are on opposite ends of the table but each match for both of these teams is very crucial. a win for Roma could cause separation for battling for the top three. While points for Cheivo could guarantee safety from the relegation Zone they do not want to get dragged back into it. Roma are coming off a disappointing loss in the Champions league to Liverpool a team they will face again in midweek. Roma will be ready to play at the highest level as the Romans wants momentum Going into that game on Wednesday night. It is possible that Roma don’t play their fully strength team for this game as they need to rest some key players for the big match on Wednesday. However Roma’s rotational players will be ready and willing to do whatever it takes to win because they know what it means. Roma top to bottom has more quality throughout their squad and should find things quite easily but they cannot underestimate this team. this is a Chevio team that shut them out last time these two teams played. from their perspective they’re going to have to put up their biggest defensive resistance of the season if they want points against this very strong Roma team. At the end of the day I believe this Roma team has just too much to be shut out again Roma will be fired up and ready to collect the three points. Cheivo will do their best to hold them off but ultimately it seems to be a huge task. Roma want to go into the Liverpool game with as much momentum and confidence they possibly can if they’re going to do the impossible once more. I believe Roma will be at their Peak and will not be denied of the victory. If Roma’s defense neutralizes their attackers it will be all up to Romans attack to just get a goal in this because of the difference in quality Chevio Won’t be able to respond if they go down in this game. this is an important game for both teams given what they are fighting for but the fact that Roma not only can create separation if Inter Milan or Lazio lose they want to put themselves in the driver’s seat for that third spot and I believe the victory will do that here.