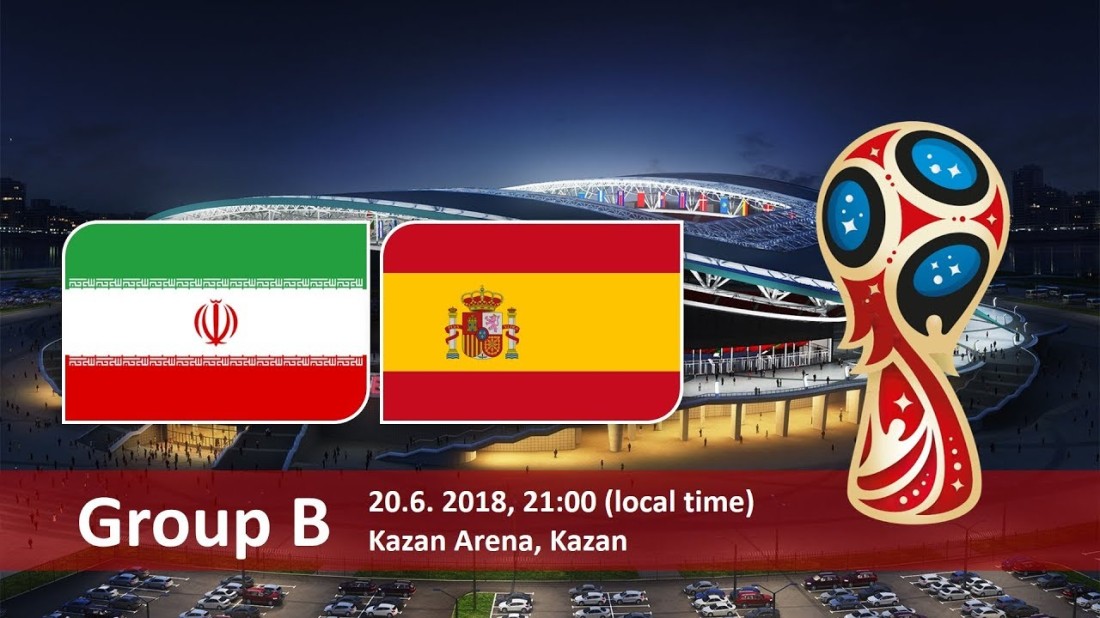 Iran vs Spain in this group B clash between one of the most talented teams in Europe and a country who going into this game had only ever won two World Cup games. Coming into this game Iran was at the top of the group with their win against Morocco which unfortunately for them set up a very challenging second game against Spain. Iran battled and battled against this very talented and skilled Spanish team but eventually they were buried by a second-half Diego Costa goal that almost surely has ended their World Cup. A night of misfortune for Iran as they played incredibly well even scoring but unfortunately VAR took equalizer away as they fell to Spain 1-0. Iran played Spain very top and gave them problems at times but they’re incredible defensive display was not enough putting Spain and Portugal in the driver’s seat to qualify.

Diego Costa proving to be essential to Spain’s chances 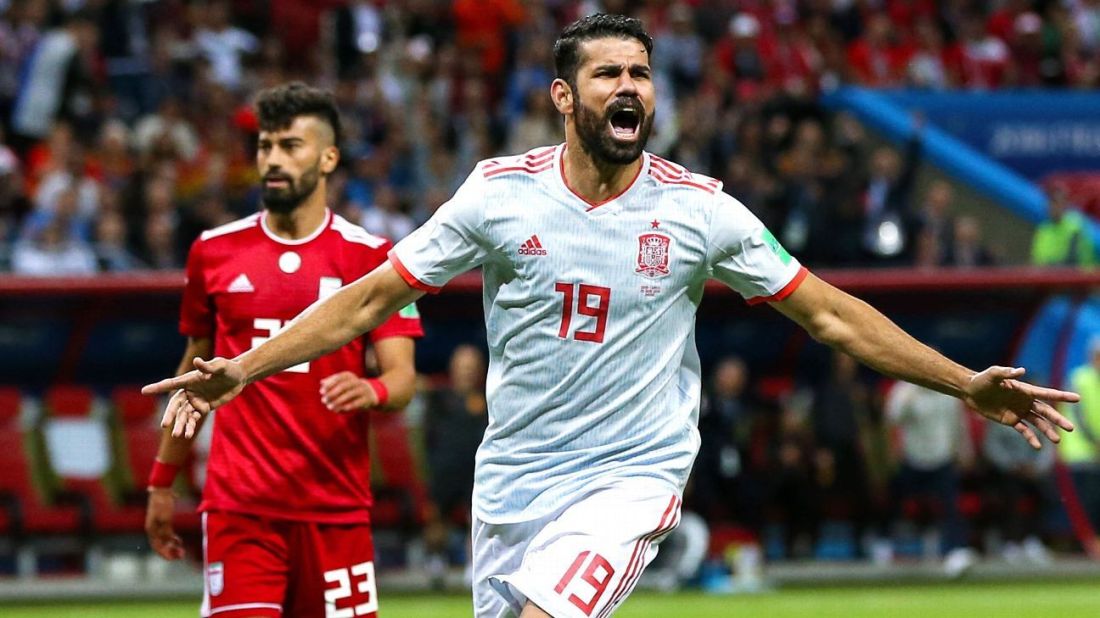 If Spain are going to go on a Deep Run it is going to lie on the abilities of Diego Costa. The Atletico Madrid Striker is a controversial character you can even tag him as dirty but in this world cup he has been nothing short of world class. In Spain’s opening 2 games Diego Costa has scored three of the four goals. Which currently put him second in the race for the Golden Boot only trailing Cristiano Ronaldo who has more goals. This Spain team is incredibly talented what all the pieces that they have around them but Diego Costa seems to be the difference-maker there were times during this game when it looks like it would have been a draw and perhaps should have been. But Having a guy like Diego Costa is what you need in a World Cup winning team sort of the bad guy and enforcer a guy who knows where the net is he has been a world-class player throughout this tournament and I only see it continuing as it progresses without him I’m not sure how far is Spain could get but with him even with all the changes that went on with management over the last week. A Diego Costa is healthy and fit this Spain team could go the distance. 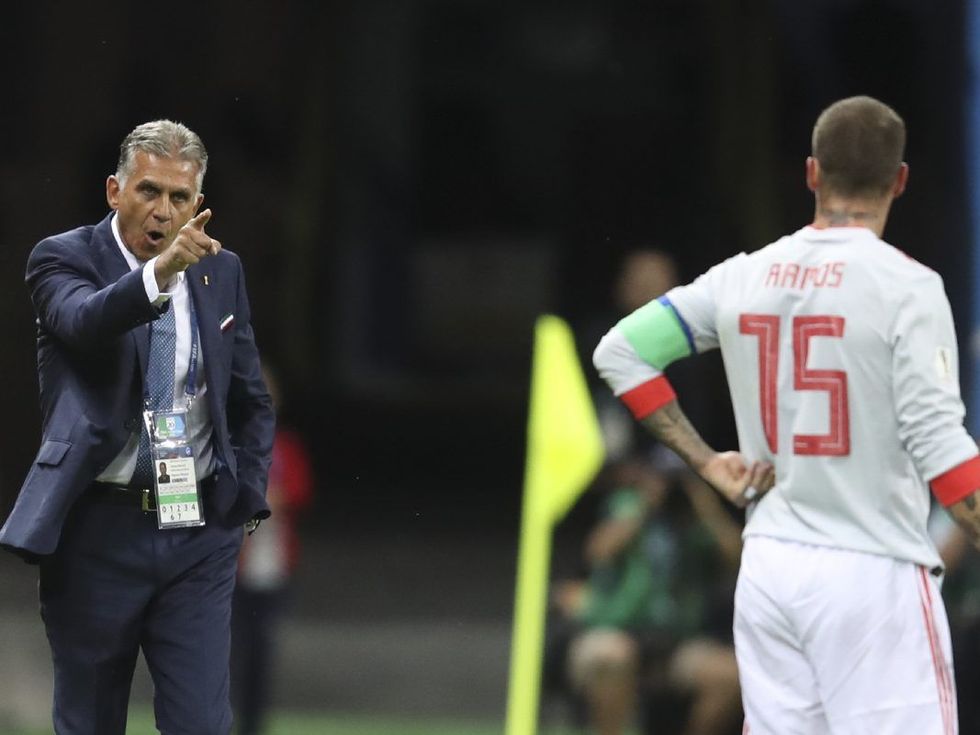 One of my major takeaways from this game unfortunately where Spain’s antics. Spain is a great team this is been one of the big powerhouses in European football over the last 10 years one of those dominant teams in my lifetime at least at International level. And they do play a very attractive brand of football but sometimes you watch them and all you want to do is see them lose. It seemed every time Spain were slightly touched they fell to the ground I hadn’t seen a team spend so much time on the ground. In some sense it took away for the beauty of how the Spanish team play because from a tactical standpoint there one of the finest team to watch. Falling to the ground when barely touched ruined it a little bit it wasn’t just falling other Antics that took place. Diego Costa stepping on the goalkeepers foot which I thought looked very intentional and should of maybe got a red card. Iran was very physical but Spain still fell to the ground every time they were slightly touched. There were so many free kicks in this game where the player was barely touched and it was just an act. It was just the way they behaved on the field it’s rubbed me the wrong way. Every time a call was given against them they aggressively got into the referees face constantly complained when something didn’t go their way. Spain did some nice things during this game but I thought the way they conducted themselves was completely unacceptable and classless. I know at times in this game they were desperate for a goal but I don’t think that’s about an excuse for behaving a certain way.
The Iranian defense 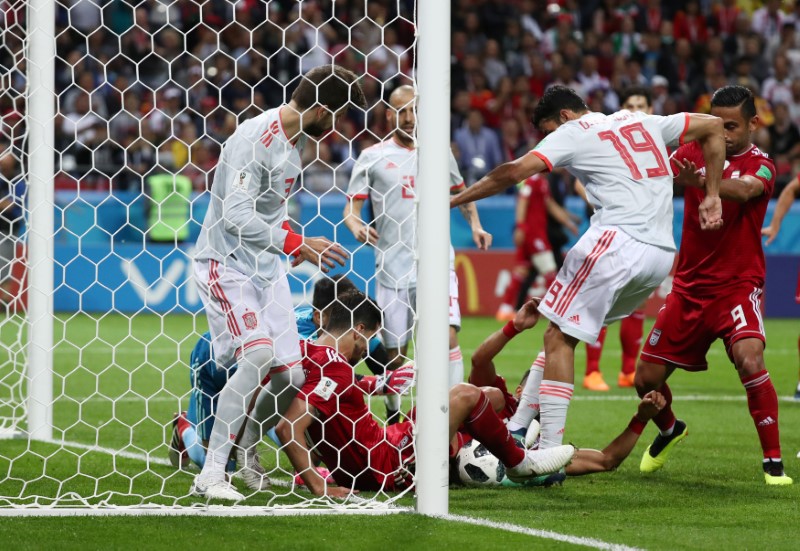 As you can imagine Spain were pressurizing a lot in this game Spain are heads and shoulders above Iran in talent skill and ability. Spain nearly escaped and that was due incredible performance of their defense and our goalkeeper. Their goalkeeper seemed to make save after save that after save they made it very difficult for Spain to get clean look on goal he may not be a big name but I think throughout this tournament so far he is showing the world what he can do before the end of summer I see him earning a move to Europe. He wasn’t alone though the defensive pressure they supplied in front of him was superb. They closed down on Spanish attackers when they came in the Box forcing them to take low-percentage shots a brilliant display defensively and it’s my belief that they earned a draw despite the loss they can keep their heads held high. They play well collectively as a unit and understand their job they don’t have big name Defenders but together they work extremely well I don’t see them upsetting Portugal but there’s no doubt in my mind that they will make Cristiano Ronaldo and Company work for it a top-quality defense.
Iran chances of qualifying get slashed

Iran played a really good game against Spain they almost escaped with a point. With this loss it is now nearly impossible for this Iran side make history by qualifying. They do not play particularly well in their opening game against Morocco but got a shock results to put themselves in great position going into the second match of this group. Iran held Spain for most of this game but were eventually buried by a second-half goal. They played really tough but it wasn’t enough unfortunately which puts them in a very complicated position they have not been eliminated yet and still have a chance to qualify to the round of 16 but it is a mighty task. For them to qualify they will need to beat Portugal or a high-scoring draw. At the end up level on points they will need it to win on goal difference. However it’s not completely over if Morocco somehow beat Spain and Iran beats Portugal they will qualify. However I find that incredibly unlikely which means most likely the World Cup ends for an Iran side that has done well this world cup.
Spain’s proven ability to battle with adversity 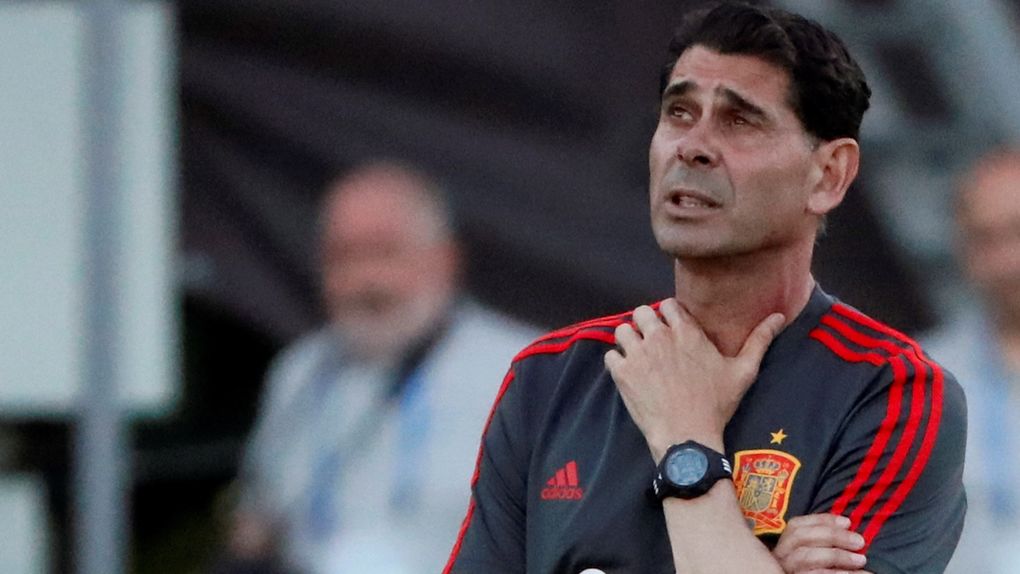 Spain had to undergo some unusual distractions going into this world cup. Their manager they had gotten Spain through qualifying without a loss ended up being sacked by the Spanish Federation two days before the start of the World Cup. which I thought would be quite concerning going into a tournament which they are one of the favorites. Spain is a team filled with world-class players and they have been able to adapt to it. they surely would be top of the group if it wasn’t for the heroics and greatness of Cristiano Ronaldo. They played extremely well against Portugal in their Opening match and they got an important three points today as well. Iran ended up making Spain work for it was a tough hard-fought win games like this show with true Champions are made of. They had chaos and controversy but they completely have overcome it and after seeing them the opening 2 game I have no doubt they can go in an extremely deep run. Fernando Hierro from a managerial aspect has made tough smart and intelligent decisions throughout the match and even though things did not come easy against Iran he was able to get the job done and I don’t see this as a distraction anymore they’re confident in his abilities and their players have backed it up. They were my pick to make the final and I still have no concerns with that claim they look better than Brazil they’ve looked better than Germany they’ve looked better than France. Among the favorites they look just fine to me no disasters coming out of the Spanish camp.