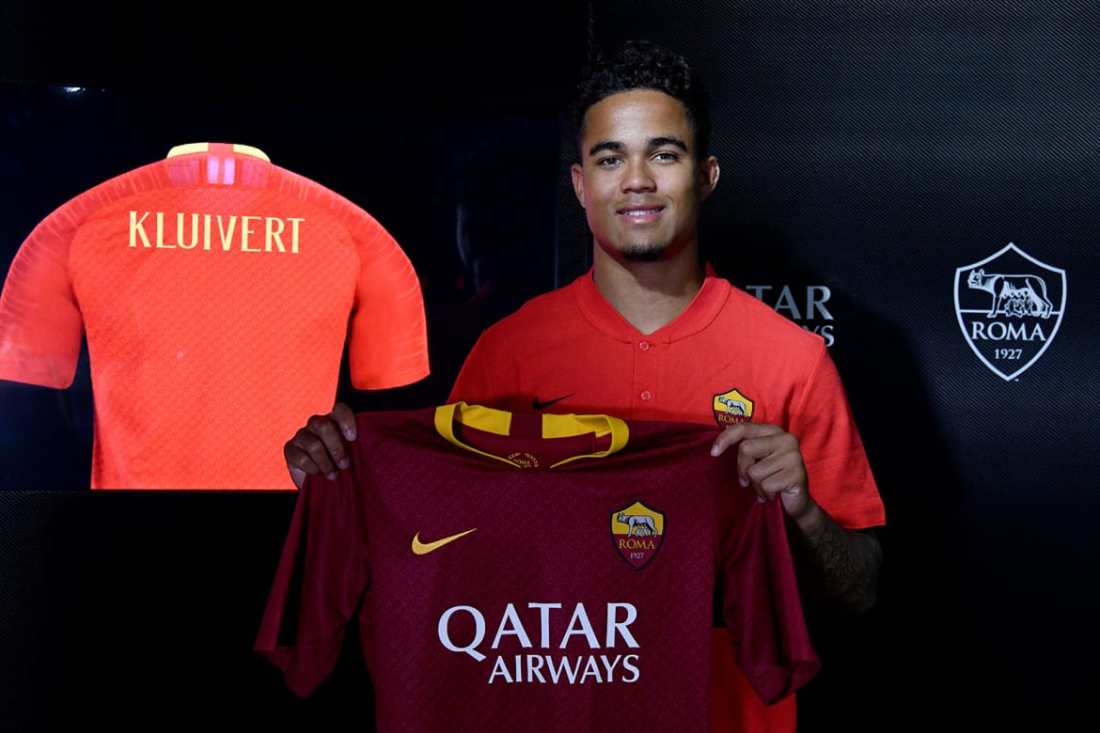 Justin Kluivert signed with Roma prior to the world cup from Ajax for 18 Million to become Roma’s 4th Signing of the Summer. He underwent medicals and agreed on a 5 year deal with 9% future free going to Ajax. He completed his medical and signed his contract as the paper work got finalized but just a few days ago the transfer was officially finalized. He sat down with my friends at ASRoma.com for his first official interview as a Roma player. The 19-Year Old is looking to make a big splash in Serie A next season.

HERE ARE THE HIGHLIGHTS FROM FRIDAY’S Interview with ASRoma.com
Welcome Justin, you are a now a Roma player – how are you feeling?
“I’m feeling great. I’m at an unbelievable club. I love this club so I cannot wait to start.”
Everyone was talking about you over the last few weeks, and many European clubs wanted to sign you.

Why did you choose Roma?

“So what I said before: I think it is a great club for my development as a young player, to play at the top. I think Roma is a great club for me, and I think they can build me into a bigger, stronger player and I can do some nice things here.”
You had some fun on social media, liking posts about Roma signing Ante Coric and Bryan Cristante, you replied to Roma fans too..
“I liked those pictures so I liked them. As I said, I like Roma so why can I not like those pictures? That was my idea behind it, actually, but you know every time if you do something like that then people are going to think things. But it doesn’t matter.”

You made your Eredivisie debut two seasons ago, and last season you scored 10 goals – is there something you improved most in the last year at Ajax?

“At Ajax I think before last year I was a really young player and now I see how football really works at the highest level. I like it. And now I want to go higher because I feel I can do that, I need to do that, and a club like Roma is a great opportunity for me. And that’s why I chose this.”
And you are going to have the chance to play in the Champions League too…
“Yes, I thought about that too. On a higher level, to trigger myself. I cannot wait to start.”
Did you watch any Roma matches in last season’s Champions League?
“Yes, some – Barcelona, of course. Both Liverpool games. Against Chelsea I saw it as well. It’s a great team, with a lot of different types of players. Some guys are very talented with the ball, some guys can win the ball back from other guys and I think that makes a good team. And with each other we can do great things next season.”
Is there a Roma player you like the most?

“A player I like the most? At the moment, I think Edin Dzeko because I like scoring and he scores a lot. But everybody here is good. But maybe he is the one that is among the best.”
And what is your goal for next season? For you and for Roma?
“I want to make Roma champion, of course, that’s why I come here. I know it was a long time ago [since the last title] but with the team we are going to create this season it is possible. We have to start the season with the right mindset, that we are going to be champions, and we are going to see how it goes and, yeah, try our best. Like this season, when we saw Roma go far in the Champions League, maybe next season we can do that again. Let’s do our best for that.”

And personally?
“For my personal career, I want to play, of course – and yeah, to get to know the other guys better on and off the field. And, yeah: score, score, score.”