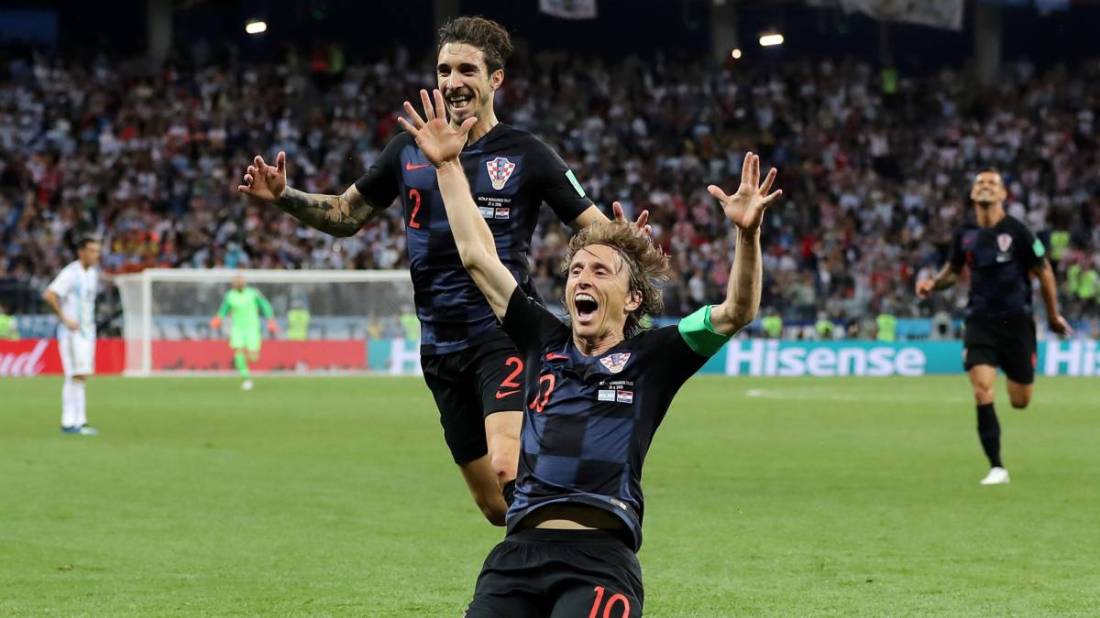 There’s always been something special about Croatian football at the international level. Croatia is somewhat of a mystery they’ve had a good team for years but sometimes you just don’t know what you’re going to get. When we talk about the big teams going to the tournament there never among them they barley get a mention. I always see them as a dark horse candidates because you never know what you’re going to get with this team Anything is Possible the possibilities are endless because when you have quality in the squad all you need to do is get hot. Croatia against all the odds has a legitimate chance to win the World Cup. Right now in this space I cannot find a better team in this tournament . If you think about all the teams who have underperformed all the teams who have let themselves down a lot of the big boys haven’t shown up yet to the level we all expect from them. Croatia an under the radar team who constantly doesn’t get the respect it deserves is quietly being the best team in his tournament. Right now I think they’re the favorites to win it if they continue to play the way they are they could shock the world and lift the World Cup they took Everyone by surprise but nobody’s surprise now I think everyone realizes how good this team actually is the Croatians are flying and at the moment I don’t know anyone who can beat them. Going into the knockout stage I believe that they continue to play the way they are and are favorites to win the World Cup that might be crazy to say but from what we’ve seen there’s not really a real argument against it. They have the ability to do it they have the players to do so but how far will they go? They have been knocked out in the group stage at all but one world cup of they have been a part of in France 98 when they got third place in the entire tournament. Just missing out losing the France in the semi-final I think you can make the argument that this team is better the sky’s the limit if they continue to play the way they are who knows how far they can go. 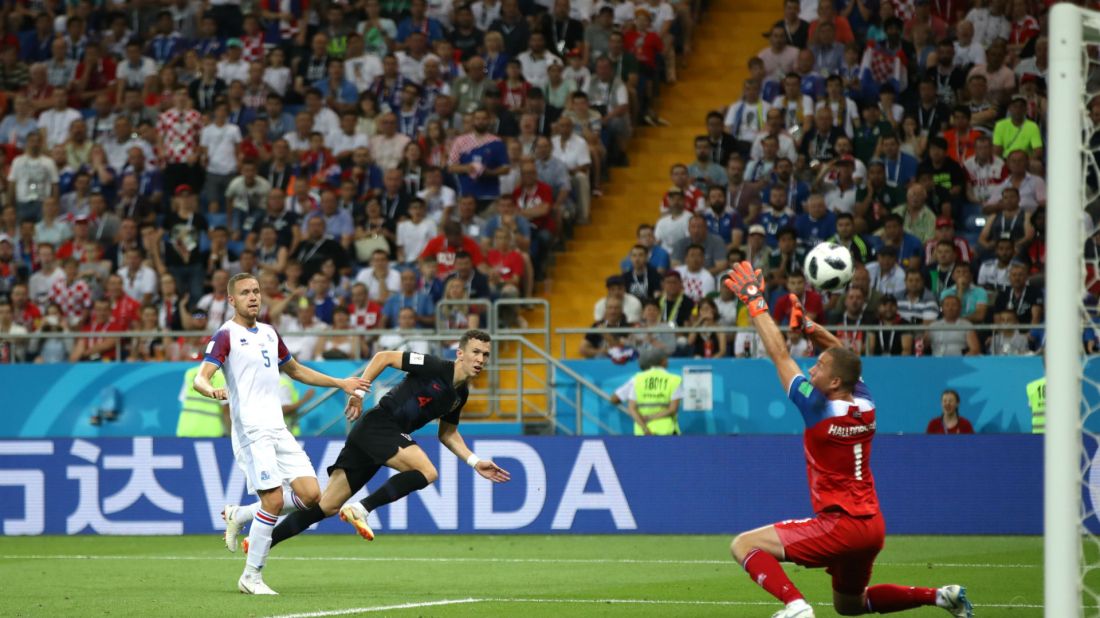 We got a little taste of Croatia at the Euros in France 2 years ago they made it out of the group harshly being eliminated by Cristiano Ronaldo in Portugal in the round of 16. This is progress the croatians despite the disappointments in France flew through qualifying without much resistance. However they still remains a little bit of a mystery they were unable to finish top of their qualifying group as they were to put together in UEFA qualifying group I. This group featured Iceland Ukraine turkey Finland and Kosovo. Over the 10 games of qualifying Croatia finished second in their group behind surprise Iceland. They won six of 10 games scoring 15 goals and gaining 20 points as they nearly finished second in their group of qualifying. Unfortunately because of the broken system and rules of qualifying Croatia were forced to play in a playoffs to see if they could qualify for the tournament. In a two-legged winner-take-all matchup against Greece with the winner heading to the World Cup. So at this point it was not certain that they would even make the tournament there World Cup truly began against Greece because of the importance it held for both teams. Over the two legs Croatia won easily 4-1 on aggregate. They were heading to the FIFA World Cup. I don’t think many people saw it as a surprise but they were in a position where they could have not made it now that they were here they had to take advantage of the opportunity which they certainly have now. They were drawn in group D that featured Leo Messi’s Argentina Nigeria and Iceland again.

This was not the most difficult group but this is not an easy group every team in group D were capable of advancing. Still being vastly underrated by the media and the writers alike most people thought Argentina was a shoe-in to top the group. The order the group actually held importance because the winner of the group could avoid France in the next round who are considered by many as one of the favorites to win the whole thing. This Croatian team is actually incredibly deep and features of some of the best players in the world. Real Madrid’s Luka Modric Barcelona’s Ivan rakitic Juventus Mario Mandzukic Inter’s Ivan Perisic as well as a team full of cast and characters that on paper or as deep as anyone with a potential to show the world that they are not participants they are Challengers. In the opening game against Nigeria it was a brilliant display the Croatians played a brilliant against a very physical very fast Nigeria team thye stepped up winning 2-0 largely behind the Brilliance of Ivan Rakitic and Luka Modric in the Croatian Midfield. This performance would be followed up by the most difficult game in the group. As they faced Leo Messi and Argentina who had not done well and their Opening match this was a game that caught the eyes of the world. Croatia absolutely ripped apart Argentina in a very one-sided game once again the Croatian Midfield was the underlining factor in their success. They crushed Argentina 3-0 that was highlighted by a brace from Luka Modric that caught the attention of the World. In the opening two games Croatia were nothing short of perfection. After 2 games they had already won the group clinching their place in The Knockout stage of the FIFA World Cup for the first time since 1998. In their final match  they fought against an Underdog Story in Iceland it was a constant battle as both teams were up for it but in the end Croatia would get a winner from Inter Milan’s Ivan perisic. Croatia will face Denmark in the round of 16 what should be a match they should handle as they avoid France and shock Most by winning their group. 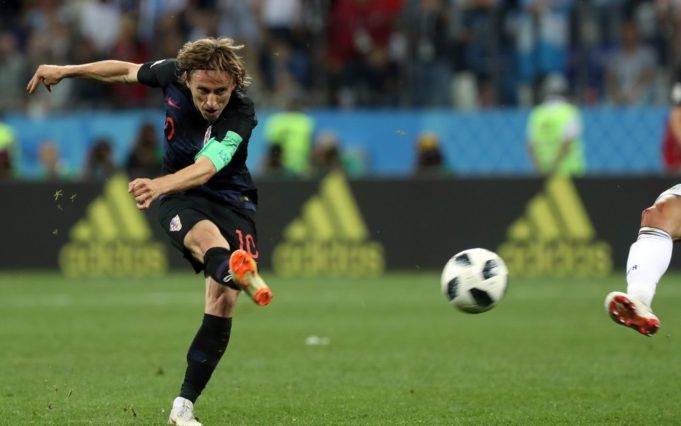 Right now Croatia are as good as anyone winning a group with Leo Messi achieving a maximum points and only conceding one goal in the opening three games of the tournament. All this proves that this team is for Real they have quality in every position they have overachieved and we’ll be continuing to show the world what they can do. France hasn’t look that great Brazil has been sloppy Spain have had some issues Portugal are one-man team Uruguay at times have looked less than spectacular. If you think about it all of the big boys in this tournament all of the favorites have been struggling I think France get it together in The Knockout stage but with the rest of them I don’t know. The question becomes how far can this team go in this tournament. I genuinely believe that they can win the World Cup the quality that they have throughout this entire team can go toe-to-toe with anyone. They have the belief now that hunger since the World Cup has begun nobody’s been on their wavelength they have been easily the best team in this tournament and if they continue to play the way they have I don’t see anyone beating them I genuinely think they are going to win the World Cup whether or not that will happen only time will tell but based on what we’ve seen over the first three games there’s not been a team who has played at their level consistently if they keep this up they can go as far as they want the question becomes can they win the World Cup do they have the experience in these big-time situations against teams who have been here again and again. They have experienced players but they do lack experience in these type of situations this is not a team that has a lot of experience in World Cup elimination games so there’s always going to be that roadblock of a team who knows what it’s like to be in those situations they will be challenged in The Knockout rounds regardless of who’s on the other side but there’s no question on my mind that they are one of the favorites to win it it’s going to be a tough road to that final but there’s no reason they cannot pull it off.