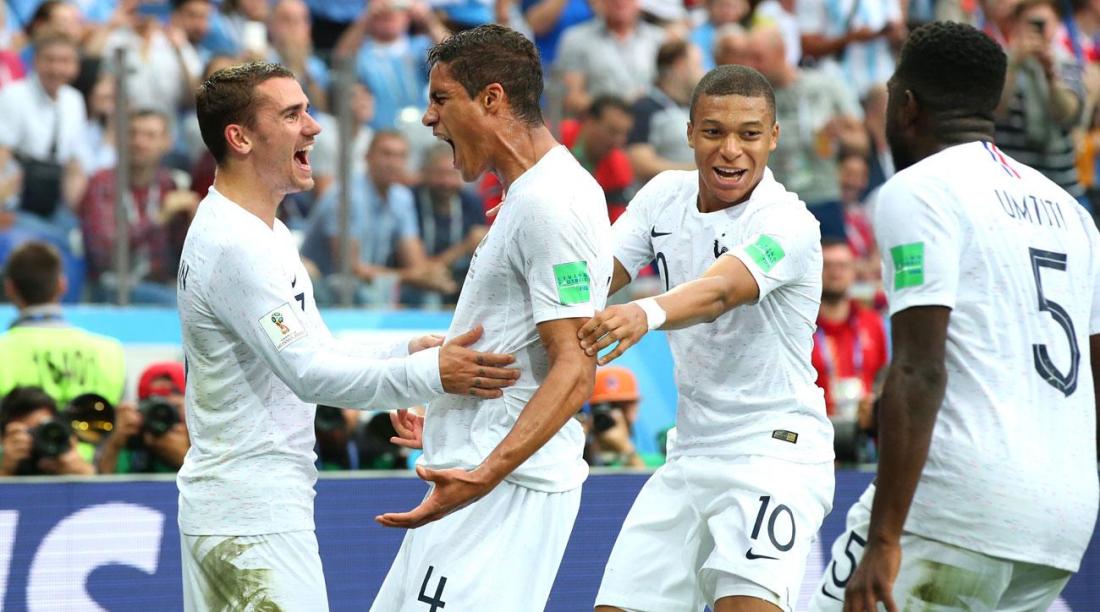 We have reached quarterfinals of the competition only 8 teams remaining 8 countries with the possibility of Glory. In this quarterfinal matchup we would see the two teams who took Leo Messi and Cristiano Ronaldo out of the World Cup ultimately ending their International careers. A European superpower and a South American heavyweight with world-class players throughout both teams. No is even a little surprised that France and Uruguay have made it to the stage. Arguably the most talented team in the entire tournament against the best defensive force in World football. Both France and Uruguay failed to get to this stage 4 years ago in Brazil now that they are both here both Nations looking to go all the way in fact it is quite possible that the winner between these two teams will win the World Cup as their viewed by many as the strongest teams remaining. With the semi-final place at stake both teams and both countries understood how important it really is. Nobody really scores on Uruguay they are Rock Solid but France may have the players to breakthrough their incredibly strong defense. They proved they have that ability over the 90 minutes unfortunately for Uruguay they were without their best player Edinson Cavani due to injury something  that ultimately cost them. Raphael Varane gave France the lead at the end of the first half before doubling it through Antoine Griezmann in the second half as France hold off Uruguay making their first semi-final since 2006. Despite a valiant effort from a very strong Uruguay team the South Americans fell just short of reaching the semi-final. France will play the winner of Belgium vs Brazil setting up what is sure to be an exciting semi final.

Uruguay won at their group to advance to the Knockout rounds in the round of 16 they came up against the one and only Cristiano Ronaldo arguably the best player in the world. Uruguay got past Portugal with the clinical ability and superb finishing of Edinson Cavani who scored two goals that led to an eventual 2-1 Uruguay win. As they earned a place in today’s quarter-final. Throughout this tournament Uruguay has been recognized for their incredible defense coming into the knockout stage they had yet to concede a goal with the only goal being scored against them came in the round of 16 against Portugal on a set-piece practically the only way they to score on them at the least against a team like Portugal who was completely one-dimensional it was Ronaldo and everyone else and Ronaldo didn’t have a great game making it easy for Uruguay to play in their favor. Coming off of the round of 16 Uruguay had to look of a team that can win the World Cup but sadly Edinson Cavani came off injured in the end of their game against Portugal making it unclear whether he would play in the quarterfinals against France. Much like Uruguay France took care of their business in the group stage despite not being incredible France did enough to advance as they came up against an Argentina team that barely squeaked in to the round of 16 due to a late goal  in their last group game. This team featured Leo Messi who is considered arguably the best player in the world just like Ronaldo. His entire reputation on International level was on the line with it probably being his last World Cup the window of winning it was closing rapidly. It turned out to be one of the best games of the entire world cup in a seven-goal thriller France held off Argentina with a 4-3 win. Headlining this match with the coming out party of Killian Mbappe who scored 2 crucial goals as well as earning a penalty early. As the young Frenchman’s pace and ability turned the game on his head as Argentina went from 2-1 up to 4-2 down within a very short space of time. The incredibly exciting match Ended as France held off Argentina putting an end to Leo Messi’s International career to set up another classic with Uruguay in the quarterfinals as they were in the last eight.

In a quarter finals it was a matchup for the ages the best defense in the world as the Uruguayan defense is just next level with so many good players in every position. Against a very young and enthusiastic French team with more Talent then practically anyone in this tournament. The question going into this game was whether or not France had the players to break down a Uruguay defense that head only let in one goal the entire world cup. France came out firing putting in a superb performance with Mbappe Pogba and Griezmann having an explosion of energy getting to Great positions to score goals the  attacking greatness of the French team could not be underestimated. Uruguay were able to manage it for a good portion of the game. The problem became the lack of attack that they had it going for them Edinson Cavani missed the game meaning of their greatest scoring option was already eliminated. Putting everything purely on the shoulders of Luis Suarez who is a world-class player but is not be finisher Edinson Cavani so a lot of the game came down to the defensive abilities of Uruguay. Uruguay did hold them off as much as they could but the goal was he never really going to come. Right before halftime coming off a free-kick set piece Real Madrid Defender Raphael Varane put his head through Atletico Madrid Striker Antoine Griezmann cross as he put his head through the ball  finding the back of the neck to give France a 1-0 lead. France isn’t as strong defensively of Uruguay but the French team has an incredible defense and has the better goalkeeper in Spurs stopper Hugo Loris. Uruguay came forward and attacked whenever they had the chance they had pretty good success attacking the French net they even at were coming on the verge of scoring on several occasions but it just didn’t look like it was happening for them. In the second half France put the game on ice. Antoine Griezmann shot in the second half found the back of the next due to a massive error from the Uruguayan goalkeeper to almost surely end their World Cup. France would have won the game regardless but a massive error like that changed the game giving Uruguay mutually no chance of a comeback as France held on to win 2-0 to advance the semi-final. France will face off against the winner of Brazil vs Belgium who play later today regardless of who they get it will be an incredibly challenging game. Belgium will be more of a favorable match up for France given their lack of experience in this competition and their underwhelming performance against Japan. In January I picked France to win the World Cup and I still fully believe they will. If they face Brazil it will be much more challenging given the quality that Brazil have throughout their team. I believe France is more talented but Brazil has a ton of talent throughout their team that can do massive damage. it would be an incredibly tough game that could go either way that is the matchup I believe we are likely to see however Belgium is very capable of making the Semis. Despite all that France is far too talented and far to Skilled not to win the World Cup after if they are unable to pull it off it has to be viewed as a failure given the talent this team has. France has stepped it up a notch during The Knockout stage but can they keep that going all their way to Glory securing a third world cop. 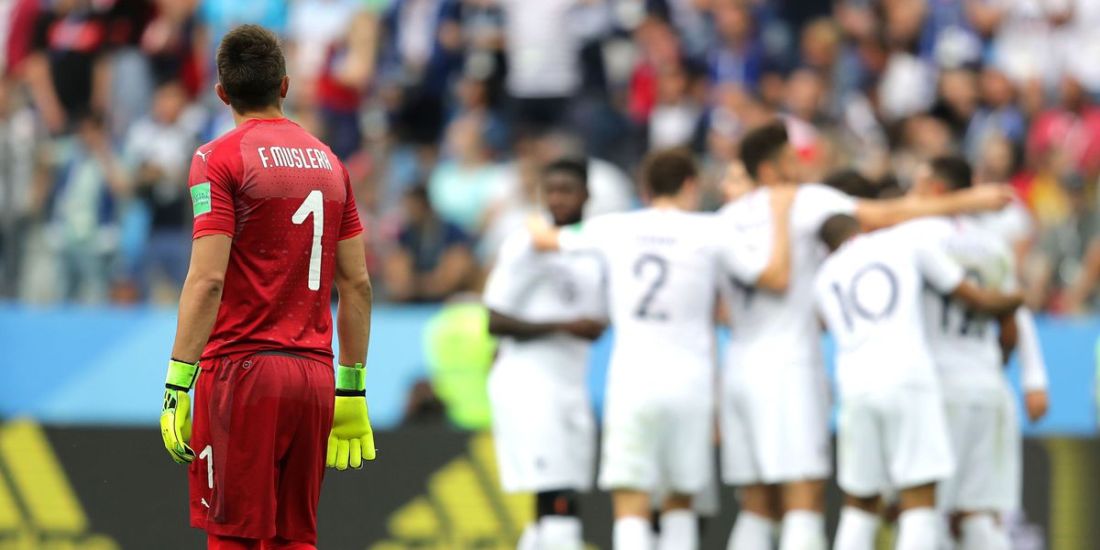