Atalanta are coming off back to back European seasons after having never made Europe prior to that. However seeing two stars head of the exist door I see them just missing out by the skin of their teeth. Last year Atalanta finished 7th in the league as well as making the Europa league Round of 32 narrowly losing to Bundesliga side Dortmund. As they were able to prove the 4th place finish the season before was not a fluke. Still a very good team better then most of the league. Having turned the Stadio Atleti Azzurri d’Italia one of the most difficult places to wins games it is an absolute fortress. They never get blown off their pitch even when they lose when you show up to that stadium you know its going to be a battle regardless. Sadly Atalanta has been losing their best players year in and year out losing Franck Kessie to Milan last year and this summer have lost their two best players Bryan Cristante to Roma and Mattia Caldara to Milan. Even without them Atlanta is a brilliant team with players capable of high level performance. Despite how good they are and they are a few good team losing two key player in the way they have could end up being sole crushing will ultimately cost them a little but as I think they drop just slightly. I think they just miss out on Europa  for the first time in three season. However with that being said this is a very capable team and its really hard to judge what they can do among this section its really hard to separate them they are so close in ability. They have added Marco Tumminello and Duván Zapata who will certain cone in a play a role for this team but failing to find  replacements for what they lost. Will have another very strong campaign led by the likes of Ollic and Papa Gomez but I think will fall just short of the final Europa league spot but with this team you just never know because the quality is there.

Florentina is has been on the bubble of Europe for two years in row back to back 8th places finishes. Narrowly missing out on the Europa league over the last two seasons where they could of got in on both occasions. This is my dark horse team this season they have absolutely everything needed to make Europe with quality players throughout the squad. the Viola is on par with Lazio the only reason I have Lazio ahead of them is because they have a superstar. Side by side they are almost even in every era Florentina can shock everyone this season this may sound crazy but I think Florentina are good enough to finish in the champions league 4th is possible given the players they currently have to their disposal and the tremendous additions they have made. They have made some real ground breaking deals but for me the biggest move for them this summer was holding on to Giovani Simone who as all the look of a break through star he scored 15 league goals last season the 22- year old will only improve this season as I see him turning into a super star this season. The Viola added Gerson and Pjaca from Roma and Juve on loan deals which will he massive for their depth this season. This team allready is top heavy in their attack with Simone, Federico Chiesa and Cyril Théréau goal will not be an issue this group is so talented and young. In addition to that they added Marco Benassi to their midfield and got their goal keeper of the future in Alban Lafont. Top to bottom this team has every thing it takes to shock the world I have them getting back to Europe getting 7th but Champions league isn’t out of reach for them the Viola will return to Europe this season they are too good not to. Whether it will be Champions League or Europa league we will have to find out.

Lazio last season missed out of the champions league with a loss on the last game of the season. Lazio were as good as they have been over the last 5 years especially during the first half of the season. Ciro “the Hero” Immobile was quite simply one of the best players  in the world last year with 42 goals in all competitions. Lazio have had back to back 5th place finishes as they continue to struggle to get back into the champions league. It was a much improved to the season before with a very strong team top to bottom they were better then Inter Milan and were very unfortunate to miss out on a golden opportunity to get champions league football. Lazio last season saw the rise of Luis Alberto and Milinković-Savić who blew teams away with their amazing attack that just seemed to keep scoring. Despite missing out on the champions league its the best Lazio had played in Several years. Lazio still have a very strong team but the teams around them have much improved which is why it could be hard to repeat themselves this season I see a bit of a drop off this season. Lazio lost Felipe Anderson and  Stefan de Vrij who will be a huge loss he was very important to Lazio’s defense. Lazio did manage to add Milan Badelj, Francesco Acerbi and Joaquín Correa players who can play major roles and make an impact of this team. Despite that the Business done by Roma and both Milan teams have separated themselves a bit from Lazio in fact the only difference between Lazio and Fiorentina is Immobile. However with that being said their always chance when you have a goal scoring machine in Ciro Immobile there’s always a chance I think top 4 is possible but it will take a lot for this Lazio team who will have high expectations for this coming season. 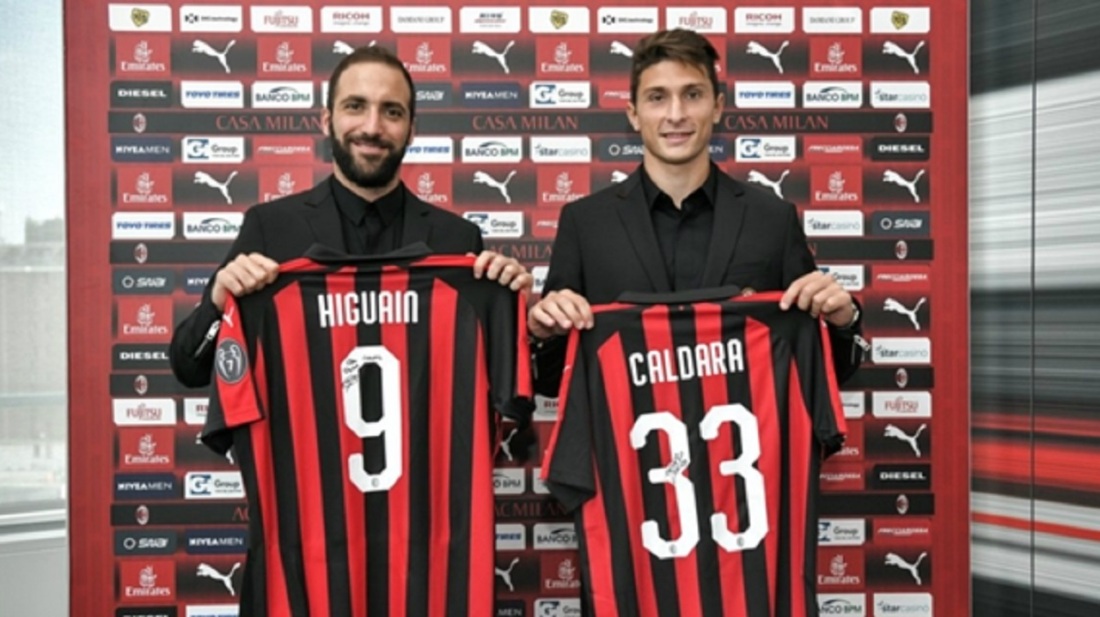 AC Milan last summer were the biggest donkeys spending nearly 200 Million on a team that never panned out. Milan ended up finishing 5th in league after a very rocky start they finished very strong during the second half of the season after Gattuso turned them around getting them into the Coppa Itaila final and on a decent run through the Europa league. They never really challenged for the title or even champions league for that matter but made massive improvements despite holding a very average squad at least it seemed like they were for much of the year. Suso and Patrik Cutrone were carrying the majority of the Milan attack while a lot of Milan’s big money signings weren’t able to live up to expectations Franck Kessie was the only Milan signing who had a good season he was brilliant in his debut season but large potions for the singings just didn’t live up to it. This coming season I think Milan get a long stronger and take a step forward. Something that Milan has lacked for what has seemed like forever is a goal scoring striker this has kept them out of Europe for years. They finally found their man as Gonzalo Higuaín joins on loan the striker has 121 Serie A league goals which will largely take care of their biggest problem. He is in the back hand of his career but Higuain still is a legit goal scorer who I think will be a big diffence maker next season as the main striker for Milan he score a lot of goals next season. They also added Mattia Caldara in a swap deal for Leonardo Boncchi as they pull a fast one over Juve as Milan gets quite clearly the better deal. Milan has not concluded their business yet but as the moment they are closing the gab with their rivals Inter and I think they will battle for the last champions league spot and could go all the way in the Europa league. Gattuso is a fantastic manger and will get the best of his players possibly help a few respond to their critics with a bounce back season after many Milan player underperformed last season. The Higuain and Caldara are game changers but I think they will just miss out as Inter has the slight edge but if Inter aren’t  carful Milan could do something special epsically if Cutrone has another big year. Cutrone and Higuain could be massive for Milan you just never know they could shock everyone by getting top four.

Inter Milan returned to the champions league for the first time since 2011 after beating Lazio on the last day of the season to confirm their return to Europe. Despite making the Champions league it was a less then stellar season for the Milan giants. Inter drew the 3rd most games in the entire league with 12 seemingly leaving the title race very early in the season. This team proved to be Icardi or bust Icardi is so valuable to Inter Milan if he hadn’t scored the goals he did their is no way they would have made the champions league. Their lack of depth killed them down the stretch of the season when Icardi was unavailable. Their failure to win important games sincerely cost them had serious defensive issues and their attack just didn’t do enough. However Icardi and Persic were excellent through out the season and Skriniar become one of the best defenders in the league despite Inter having a poor defense. I think Inter Milan will improve this season but will once again grab forth. I haven’t been a huge fan of Inter’s transfer business but they are some gems within the squad. However Inter still remain miles off Roma, Napoli Juventus who have all strengthen their teams. The signings of  Lautaro Martínez and  Šime Vrsaljko were the stand outs of Inter this Summer along with Radja Nainggolan but in that deal they sacrificed their future in the process. However outside those three they are risks in the other signings. This a very good team but lack important things in several areas including the lack of depth Inter have that will be their down fall. I don’t see them getting past the group in the champions league and having to balance champions league football will be difficult to manage. However with that being said Inter have world class players in Icardi, Persic and Skriniar and maybe have one or two years of Prime Radja as well. They have quality through out but this team isn’t challenging the league but because of the Impact of Icardi it gives them an edge over Milan for 4th and Inter Millan by all accounts should qualify for the champions league again. People believe this team will be great Inter Milan are classic pretenders a very good team but this team isn’t ready for the top 3 they are clearly 4th best. However with a world class player like Icardi you always have a chance this is a big year for Spalletti’s Inter need progress if hes going to hold on to the job. This team goes as Icardi goes I’m not sure he can carry the wait all by himself but there’s always a chance.