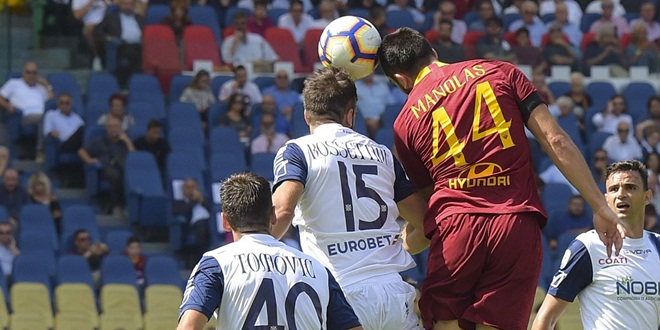 Coming off the international break Roma welcomed last place Chievo Verona to the Stadio Olimpico in their second home game of the season. Roma really struggled at home last season but we’re hoping who turn their fortunes around after an inability to protect their home as of late and to avenge their lost AC Milan before the break. it couldn’t have started much better than it did as Roma played a perfect half football seeing them get out to a two-goal lead in the opening 30 minutes with goals from Stephan El Shaarawy and Bryan Cristante. It had looked like they were off to their second win of the season before a second-half collapse that allowed chievo Verona back into the game as Roma collapsed blowing a two-goal lead to earn a 2-2 draw. A defensive collapse again highlighting Roma poor play as they continue to struggle this season. Rome need to get it together and fast or changes will be forced to be made. 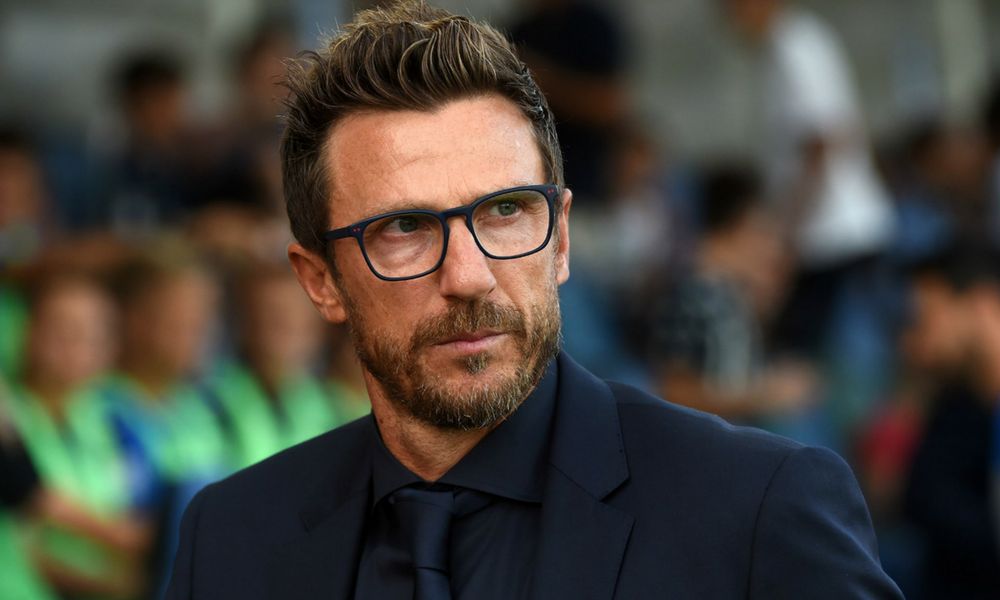 Eusebio di Francesco did an exceptional job last season guiding Roma to a top-three finish. In addition to that he got Roma to the Champions League semi-final. It’s included a historic comeback against Barcelona erasing a 4-1 deficit to make the first semi finals in over 30 years. However he currently finds himself in a sticky situation. After today’s draw he is officially in the hot seat. I believe he’s on very thin ice out of a possible 12 points in the opening for games Roma have picked up Five Points. That doesn’t necessarily mean that’s all on di Francesco but he has made some mistakes over these four games that potentially have costed them points. I am a huge fan of di Francesco but if he doesn’t start winning games soon we could see Roma look at other options. Given what he did with his team last season you have to give him the benefit of the doubt the game against Real Madrid is going to be incredibly tough I don’t think a loss to Madrid should greatly affect his job security. League form certainly will I believe we owe him three more games he has to get this together and fast. How they played this season is not a fault of his own but being the manager you have to take responsibility for the way to team plays. I believe Di Francesco has to turn this around but he doesn’t have very much time to do so. 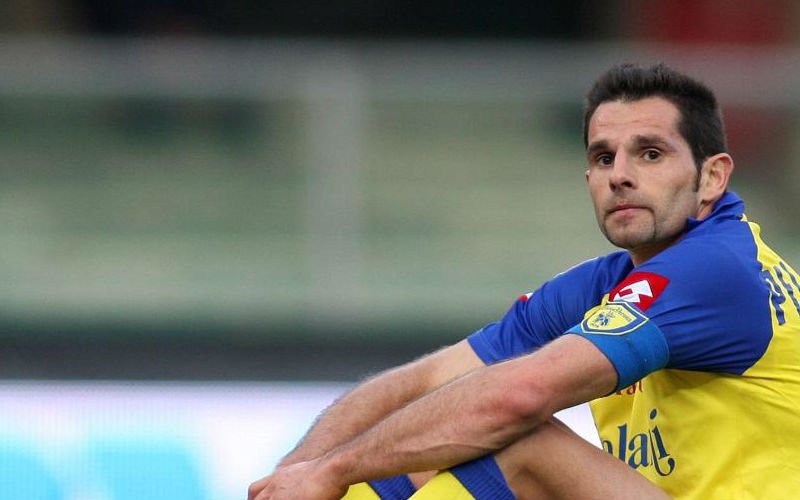 It would have been a massive points and a great result for chievo Verona if it wasn’t for their point deduction that they were charged with last week. Even after the draw to Roma last night Verona still currently have -1 points. The club was fined 200,000 euros and deducted three points for false accounting. This is a big deal because the point they got against Roma mutually means nothing now. Had they been on positive points this would have been huge but the fact is they only got a little closer to 0. The Point deduction cost them dearly because this massive comeback against Roma doesn’t mean as much because the club is still on negative points. Meanwhile the other teams in the relegation Zone have the opportunity to win games mutually putting them in a hole that they can’t get out of. The deduction prevents them from earning a crucial in what would have been important draw against a top-class team. 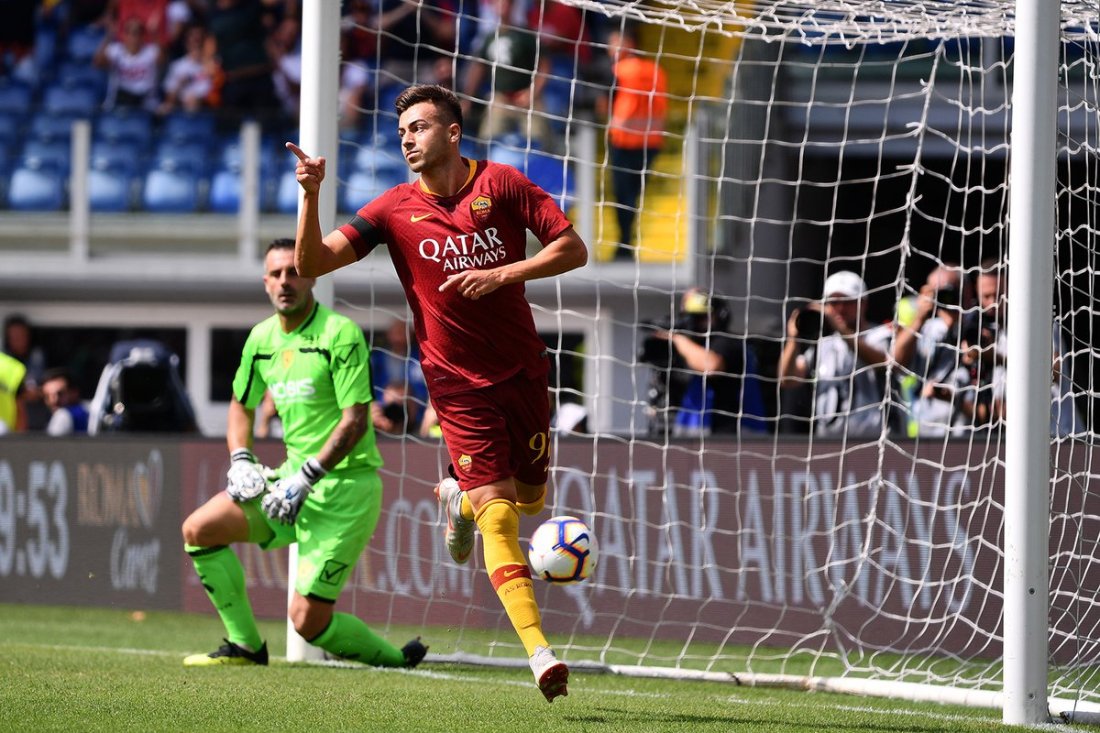 Obviously in this match it highlighted the collapse in the second half allowing chievo Verona to steal a point. But despite that it doesn’t take away from the Brilliance of Stephen El Shaarawy. El Shaarawy been historically great against this team since he joined Roma just a few seasons ago. He has scored six League goals against the flying donkeys he always seems to perform at an extremely high level one playing against them. When he scored the game’s opening goal strategically he made all the right moves to put himself in the best position possible. I’ve said for a long time that there’s not a better player in World football who operates better without the ball and adequately using space. When he scored the game’s opening goal he was in exactly the right place in the right time and supplied A perfect touch to find the back of the neck. He was incredibly efficient four of his five shots we’re on target and he also displayed exceptional vision completing a team-high 87% of his passes. Overall a perfect performance this is why Stephan El Shaarawy should it be starting on the left wing at least in the meantime while they young Justin kluivert matures into the player he’s capable of becoming. His speed is frightening and if you give him opportunities to score especially when he puts themselves in those positions he can be an incredibly valuable weapon. While Roma are struggling in the way they are he is someone that I believe Roma can trust on that left side having played poorly this season Roma must put their faith in the players they can trust he is certainly someone who should be consistently starting him for this team. 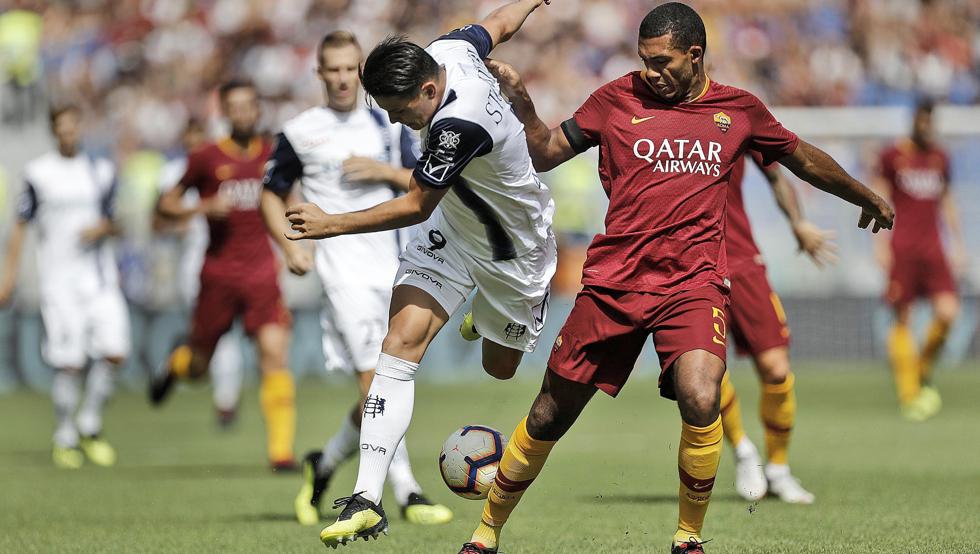 Last season Roma had one of the most impressive defenses in all of Italy. This was a luxury for Alisson last season they did so well protecting him as much that Alisson was able to have the best season of his career. It has seemed like they have regressed this season obviously Roma’s defense on paper is as good as anyone but they have not performed to their level. Florenzi has done well this season but the majority of Romans defense have underperformed and had made critical errors in important moments. This has made it incredibly difficult on Robin Olsen Roma’s new goalkeeper has been one of the bright spots of this Roma team over the first four games. He is played at an incredible level and at the moment probably Roma’s best player based on current form. He is performed to a high level each of the games he has played in. The problem is he has been betrayed by his defense they are making it incredibly difficult on Olsen he’s having to perform to his highest level and having to deal with the defensive errors that are being made. Robin Olsen has been excellent the Roma defense is making him do more work than required he is yet to make a mistake this season. The defense must improve over the next few weeks because it is very cruel for their miss doings being affecting the score sheet when their goalkeepers is playing at such a high level. 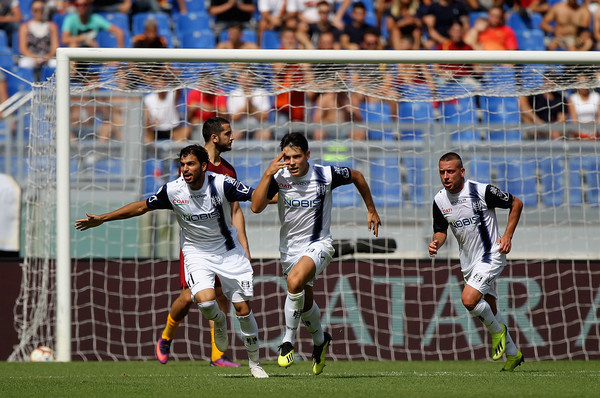 I have to give credit where credit is due the fight back from chievo Verona was very impressive. Roma is a more talented team stronger team and played much better throughout the 90 minutes on Sunday afternoon. After Verona fell in a 2-0 hole they slowly try to find their way back into the match. They could have accepted defeat given the difference in quality but despite the odds for every ball and took advantage of the opportunities they were given. This team doesn’t have a very many standout Stars no big names but despite that last night they worked collectively as a group to crawl back into the game that should have been dead in the water. I still think this team will be relegated but to get a point like this against a team like Roma will turn out to be incredibly important for confidence there never should have been a way where they could get back into the game but they found a way to steal a point in Roma’s backyard.