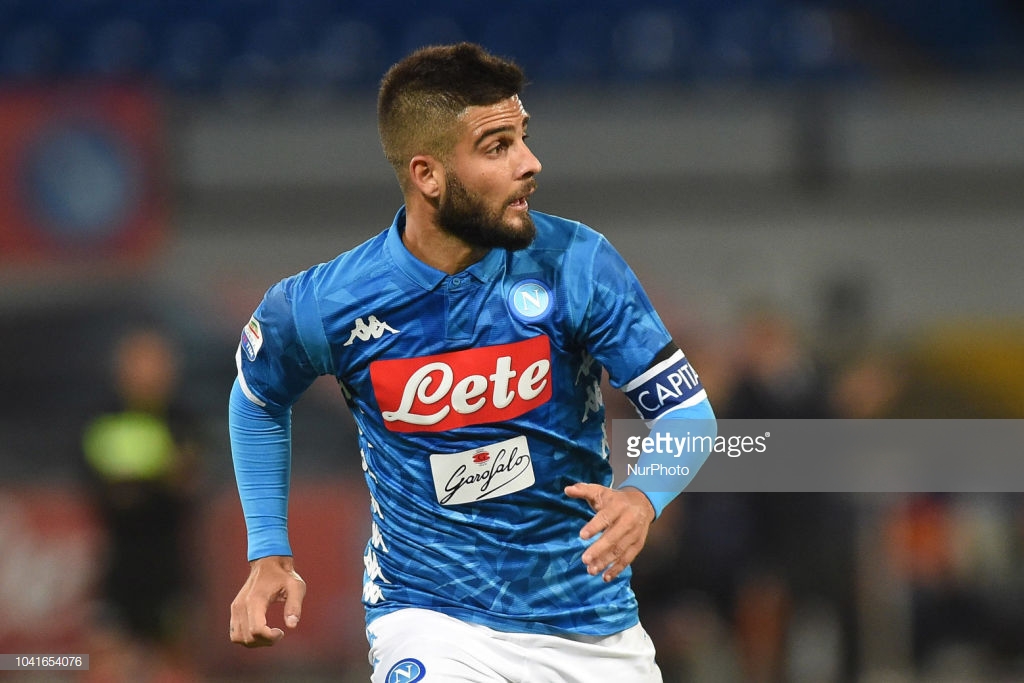 Lorenzo insigne returns to the list for the second consecutive week. As well as his third total which is currently more than any other player at this point. The Napoli Winger is just playing at a different level this season. I think he has to be the favorite for Italian football player the season. Consistently week in and week out he performs to the highest level. Under Carlo ancelotti we are really seeing him fulfill his potential as he slowly is getting the reputation and the credit he deserves. He’s already scored a five goals this season and added his first assist and a 3-0 win against Parma. Parma is another team that have shown real quality this season Parma may have just been promoted but they’re always a tough match. He scored very early in the game to get things going and then added his first assist of the season in the second half. He is Napoli’s most important player this season he is the energy and the engine of the club. Juventus is off to a red-hot start but if Insigne continues to perform this well they will be right there with Juventus again. He not only has shown his world class abilities but he has been a leader for this Napoli team he captained his side to victory this weekend and will be hugely important for the club of going forward. He has been the best player in Italy this season end of discussion he will find his way back on this list again as I said last week he is in for a monster season he’s only going to continue to inflict his impact on a Napoli team that are flying under the radar.

Javier Pastore showed this weekend that he earned a place on this list being one of the best performers in midweek. Roma were without a win at home in the last 5 and had struggles in their last two games in which they should have won. In his return to the starting lineup after being sideline for injury he made a grand entrance. With Roma already winning the game 1-0 he doubled the lead with an absolutely outrageous goal. He put together another backheel masterclass to score his second one of this variety. Both of Javier Pastore’s goals have been back heel flicks both outrageous but this one might have been a little better then the one earlier this season. The mental and physical awareness he had to have on that play couldn’t have been more clear. It must have taken incredible concentration once he saw the ball coming his way he committed to it putting together a play of absolute brilliance. It’s exactly the type of performance Roma needed it wasn’t just because of a goal he had an all-around excellent performance. Had incredible Vision passing the ball well and had a lot of innovated and bright ideas when Roma were moving forward. This was a signing that was questioned and critiqued this summer. In his return to Serie A he has shown he was worth the gamble. When Javier Pastore is healthy he’s one of the best players on this Roma team and arguably the league When he’s at the peak of his powers. He’s mature he has that leadership and his vision is out of this world in terms of what he’s able to see. after a super performance in Roma 4-0 win on Wednesday it surely gives the team confidence heading into the Derby this weekend after a performance like that Pastore seemingly will be ready for the challenge. An incredible performance from the backheel King. He is so important to Romans success the rest of the season.

After a terrible run a form for Roma this week the Romans are featured twice among Serie A top performers. Last year Roma’s Turkish Talent Cengiz Under took the league by storm during the second half of the season. When he scored eight goals and dished out five assists in 2018. Last year when he scored his first goal he caught fire and roma were waiting for that moment to happen this season. It’s finally came when Roma needed it the most with Roma having not played particularly well this season and the Derby upcoming Roman needed an injection of energy and some positivity under provided that. In the game’s opening 120 seconds the 20-year old Struck from Deep to give Roma a very early lead in their big win. It’s not just what he did in the attacking sense because he was Brilliant almost unplayable throughout the entire match. His frightening runs using his speed and space was punishing. It wasn’t only that though his vision and creativity with the ball he was bullying the defense on a regular basis. He played a huge role in Roma’s third goal. His incredible runs and laser like Vision set up a El Shaarawy goal right before the halfway point. He displayed at some of the qualities we saw last year when he took the league by storm during the second half of the season. Now that he’s off the mark he’s going to have that confidence and quality going forward this season. With the Derby coming up this could not have happened at a better time. Make no mistake it’s was the Cengiz Under show at the Stadio Olimpico on Wednesday night this will not be the last we hear about Roma’s 20 year old Superstar he’s already created a name for himself there will be more to come this season but an unreal performance as he rose to the occasion. 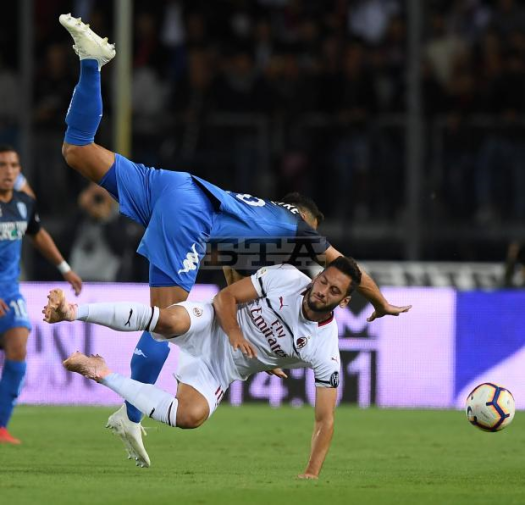 The donkey of the week go to AC Milan for the second time. Going into the season there was so much hype surrounding this new-look AC Milan team and rightfully so given what they brought in. I was fully on board I thought the team could push Champions League I never believed that they would actually get it but I thought they would make it interesting. I am Gob smacked on how poor they have been this season. At this point it might just be psychological the opening weekend of the season they found themselves 2-0 up on Napoli. As We Know Napoli came back to win the game. I honestly don’t understand how they aren’t higher up in the table. Especially after their win against Roma I thought it would give them some momentum to push forward. There a place now where they’re unable to beat teams that will likely fight for survival or at least in the conversation. Since their win against Roma they have drawn every single game. This includes against teams like Cagliari and today against Empoli. They have to be better against the lowly teams especially the fact that in most of these games they were leading at some point. Even though Gattuso is a good manager he is now under so much pressure to pick up victories he may be on a short leash now. Milan have a really good players on their team quite simply there is no excuse cannot be failing to get the maximum points against average teams. Going into the season there was a feeling that Milan was starting to redevelop themselves but from what we have seen so far. There are several teams that are doing better they find themselves at the bottom half of the table and that’s unacceptable for any AC Milan team.