It turned out to be a very turbulent summer for Roma as the fans frustrations grew with the sales of three important Roma Stars. Yet another star left for Liverpool although Alisson Becker admits to crying after making the decision to leave for anfield Roma lost their world-class keeper for 75 million. Francesco Totti commented about it after the sale saying they were in a position in which they couldn’t say no because of the amount that was offered. Roma also sold Kevin Strotman and fan favorites Radja Nainggolan to Inter Milan and Marseille respectively. This was a hard blow for the fans Radja Nainggolan Associated himself so much so with the Roma people and the supporters even though he wasn’t from Rome we felt like he was one of us his departure was cruel and a lot of fans saw it that way. The Alison Becker move didn’t really affect me because not only the price tag but Roma got Robin Olsen for pocket change who has turned out to be an excellent goalkeeper as he was for Sweden at the World Cup and has been for Roma so far but the other ones or painful to take. Essentially the Roma board took one step back to go two steps forward. Inquiring a unbelievable amount of young talent that was already established through the club as well as additions with 19 year old Justin kluivert a big part of that. Fortunately for Roma Cengiz Under’s Turkey failed to make the World Cup because of this outside of Italy there has not been a lot of traction in regards to the young star. Had turkey played in the World Cup there might have been some attention regarding Roma’s talented star. This Roma team has been built for the future this is the most talented young core in Italy coming from the academy to the reserves to players who get minutes every week in Serie A. Unfortunately turkey’s best kept secret is no longer a secret as far as the other star that’s  going to lead this team forward Lorenzo Pellegrini there is very little chance this lad will leave Rome at any point he is a Totti type you can tell about how he talks about Roma it was his Club growing up he is a Roma boy he won’t be leaving however Under isn’t a Roma boy which is why he could be swayed. 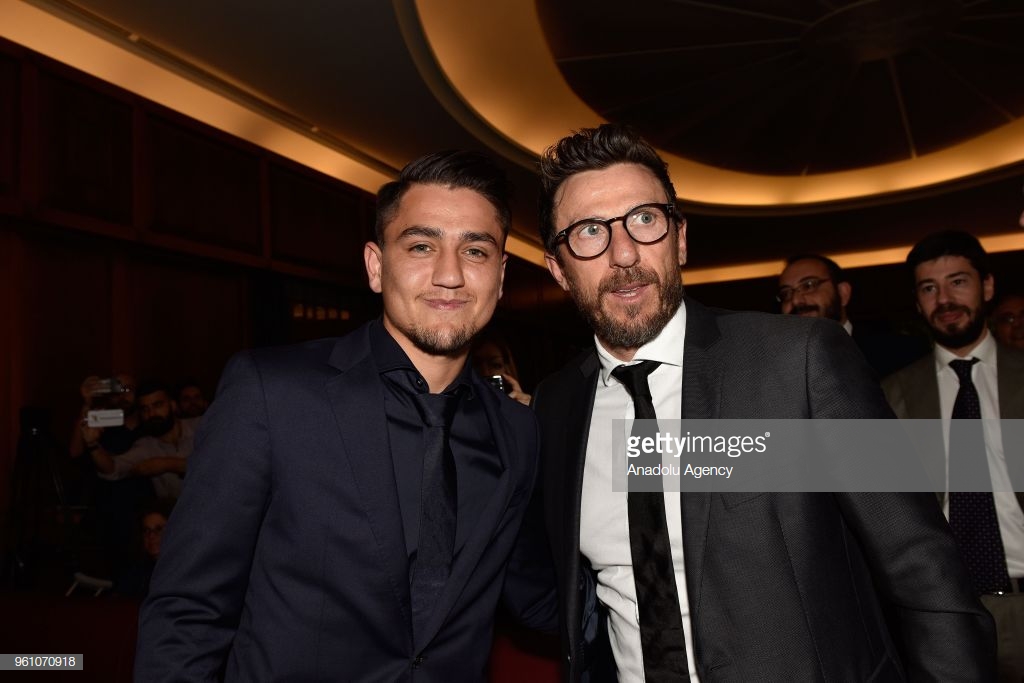 The abilities of the Young Turk are no longer behind closed doors it is out in the open and many clubs have now been made aware of how talented he is. This season despite not having the stats he has been at sensational two goals and four assists This season it’s a very impressive start to the campaign he will only improve and get better as time goes on this season. When he is on his game there is very little that can be done only Italy’s best defenders can actually legitimately mark him in any way when he’s inform. He’s not an inform Edin Dzeko level but he is a very dangerous player. From an outside perspective you can completely understand why clubs would be interested in having him but equally you can understand why Roma must keep him. Obviously last season Edin Dzeko got some attention from Europe’s but he gladly turned them down as well as Lorenzo Pellegrini and Kostas Manolas. In The Curious Case of Cengiz Under the teams that are currently after him are no small teams some highly coveted teams will be aggressively recruiting the face of Turkey to leave the Stadio Olimpico this summer. I believe moving him could sabotage this team’s future and they need to hang on to him at least for another three seasons we have to see how this turns out with the young Talent they have we need to give them an opportunity to flourish and grow together. If this young group fails then it can be Revisited in a few seasons but we must give this team a chance the future is been set up perfectly for this Roma team you can’t break it up in the middle of the project. When I said a big teams are after him I mean big teams Bayern Munich Barcelona Borussia Dortmund Arsenal Manchester City are just some of the few names that have been on the radar But as time goes on we will certainly see the likes of Real Madrid Paris Saint-Germain and others come in for turkey’s pride and joy. Roma signed him for a little over 13 million the amount they can profit off selling him would be unbelievable however the Roma bored  need to stay focused and drift away from that because of what his value can be to this team. Cengiz Under transfer value right now is probably around between 55-65 million. Obviously cashing in and getting massive profit for a player that so young could be great in this market however right now that money is not worth what they would be giving up. Monchi has had tremendous success building up Sevilla and succeeding on his innovative ideas has won trophies in Spain however it is harder to win trophies in Italy those are just actual standards. Monchi cannot abandon this project by selling Under it would be disbanding it. His transfer rumors have been in the news far more then I would have liked it seems like every day there’s a new team interested and there’s reports that Under could be sold for the right price these are the things I do not like to hear. Mohamed Salah made the 50 million Roma got from the deal look foolish turn that 50 million into 100 million. I understand that football is a business however Cengiz Under is one of the three pieces you absolutely under any circumstances cannot sell regardless of the amount of money that’s being spent. 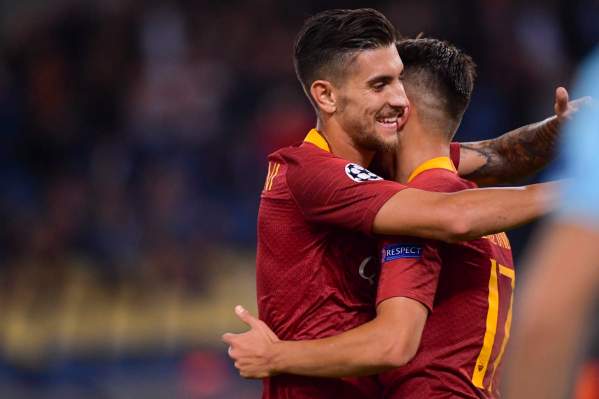 Cengiz Under Lorenzo Pellegrini and Justin kluivert must be kept together for at least a few seasons also I would put Nicolo Zaniolo and Luca Pellegrini in with that group. A few of these guys in all likelihood will not leave anytime soon however if this project wants to work you got to let the young guys Ascend into Stars. Selling Roma’s most promising young Talent before he’s popped is irresponsible. Despite that Roma may be willing to sell him for the right price this has not stopped and Roma for trying to prevent this from happening. they shouldn’t even consider selling but the Roma board is still going to do everything in their power to avoid sabotaging this team future. Cengiz Under is currently Roma’s lowest paid player on the team. That will likely change very soon contracts are being discussed but not just him but others as well. Cenigz Under is looking for a major bump in salary and he is going to get it at this the club are preparing a contract extension for the youngster. Despite the fact he does have four years remaining on his deal the New Deal would bump his pay to 3 million a season. This is the right move for the club to make they must see this young core intact for at least 3 Seasons we cannot abort this project he’s part of taking a step back to take two steps forwards the reason they did this is so this young core can be developed into Stars if they sell one of them it is sabotaging the future. Roma cannot allow this to happen that is why Roma are entering the negotiations Not only with under but with Kostas Manolas and Lorenzo Pellegrini that would remove the release clauses installed in their contracts. The point of this entire project is to develop a young core into players that are capable of winning the league title for Roma it has been a long time and with this young core if they develop them accordingly the scudetto can make the long trip back to Rome in the capital of the world where it’s really belongs. The reason Juventus is so good is their development of young players into Superstars selling Under will blow up this young team it is very possible next season Nicolo Barella could sign for Roma as well as Krzysztof Piatek you add those two players to this young Roma team with a great coach they already have  all the ability to take the title in the future is already there. Cengiz Under is sold you are truly sabotaging what Roma are trying to build at this point they should not even entertain offers because they have to remember what will be sacrificed. Totti Said when he retried that he hasn’t seen his replacement but one day he will arrive he has arrived his name is Cengiz Under.

A Passing Of the Torch? Or Another Roma Star to leave