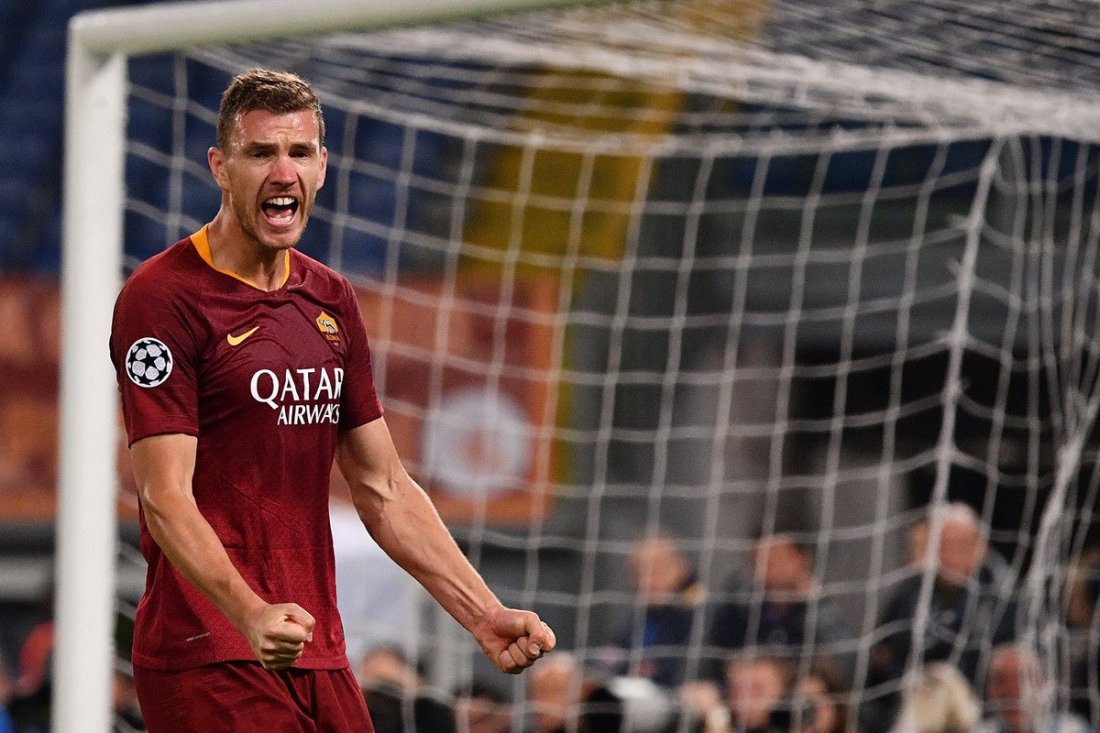 Roma Striker Edin Dzeko had another historical night in the Champions League on Tuesday as he continuously breaks Club records. Another incredible performance from the Bosnian as not only did he bag two goals and assisted Roma’s 3rd. He was responsible for all three goals being scored that impact could not be underestimated He is truly one of the best strikers in the world Last night was proof of that. In his previous game Edin Dzeko scored a hat-trick in the Champions League against Plzen Edin Dzeko the European goal show continues. His form he has in this competition has been absolutely ridiculous. if you take away Leo Messi and Cristiano Ronaldo Edin Dzeko has been one of the most consistent performers in this competition over the last 2 years. With his two goals one assist performance he passed the GREAT Dino DeCosta for 9th on Roma’s all time scoring list. Edin Dzeko has been at Roma for three and a half years. Last night he scored his 80th goal for the club if you do that math you realize how ridiculous that is. Not only that but he is only one goal away from 8th all time it really displays how great Edin Dzeko has been for Roma. He has now scored 10 goals in his last 7 Champions League games and currently is the highest goal scorer of this year’s Champion’s League. With five goals from thee games his performance last night was nearly perfect not only did he score two goals and have an assist but he impacted the game in many ways as a leader in the attacking aspect and also facilitated a lot for his team a nearly perfect display as whoscored.com rated him a 9.9 after his performance on Tuesday. Quite easily was the man of the match as performed to an exceptional level. Edin Dzeko in my estimation is the best All around striker in the world. He may not score the most goals or is the best player in front of goal but in terms of an all-around game of what he brings to the table on a consistent basis I don’t think there’s anyone better at that. His impact on the game is so much higher than a goal scoring Striker because of how much influence he has to dictate the score of the game. He is a complete player and has displayed it on many champions league nights. Last night in Rome it was no different is a world-class ability was on full display easily one of the best players in the Champions League this week a perfect performance. 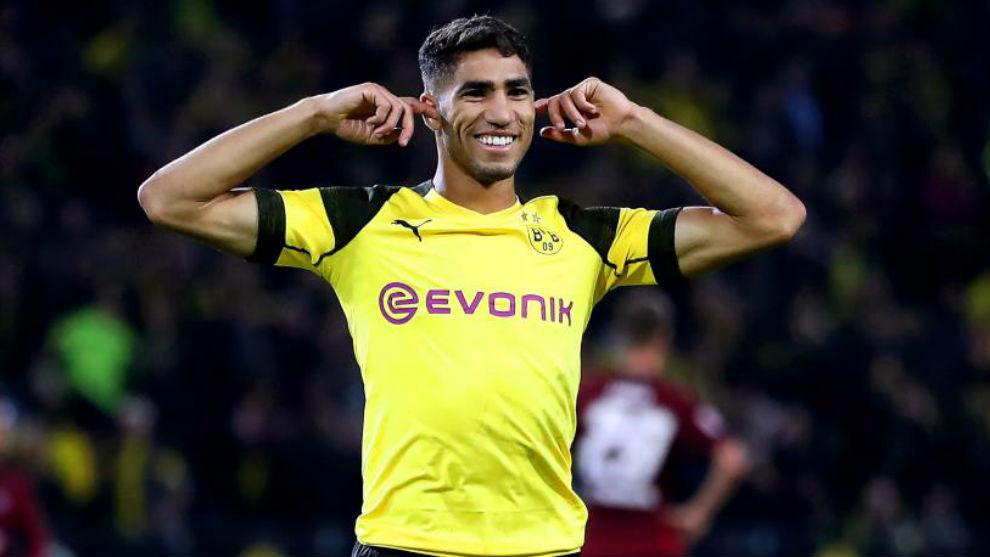 The on-loan right-back from Real Madrid Hakimi lit up Athletico Madrid in the Champions League. The Moroccan right-back was absolutely superb quite easily one of the best players this week in the Champions League. At only 19 years old he has shown his quality since arriving at Borussia Dortmund. After seeing his jaw-dropping performance against a very tough and strong Atletico Madrid side I’m starting to beg the question of why he was sent on Loan in the first place. Hakimi is a Madrid boy and has been at the club for 11 years despite being just 19. Real Madrid has had their fair share of problems this season they have lost four of the last five games and  sure could use a player Hakimi. He may not have  he dished out three assists in a very tough game. He was instrumental in Borussia Dortmund demolishing of Atletico Madrid 4-0 at home in front of their home fans. Borussia Dortmund have been on fire this season and I think there’s a good possibility they win the league title they have shown at their ability not only domestically but in Europe as well Hakimi was a huge part of their performance against Atletico Madrid and has had a few spectacular performances in the league when he’s has been given playing time. After the performance yesterday I don’t think he’ll be on the bench anytime soon. His vision and his accuracy with his passes was second to none this 19 year old has an incredible amount of intelligence for such a young player and after yesterday I certainly think Real Madrid made a mistake letting him go. Borussia Dortmund got an absolute gem on loan and I think we could continue to see performances like this for the remainder of the season. In the Champions League his role will be hugely important we truly saw what he can do now Hakimi certainly looks the part and plays the part of a big-time player. An absolutely Sensational performance in the Champions League this week. 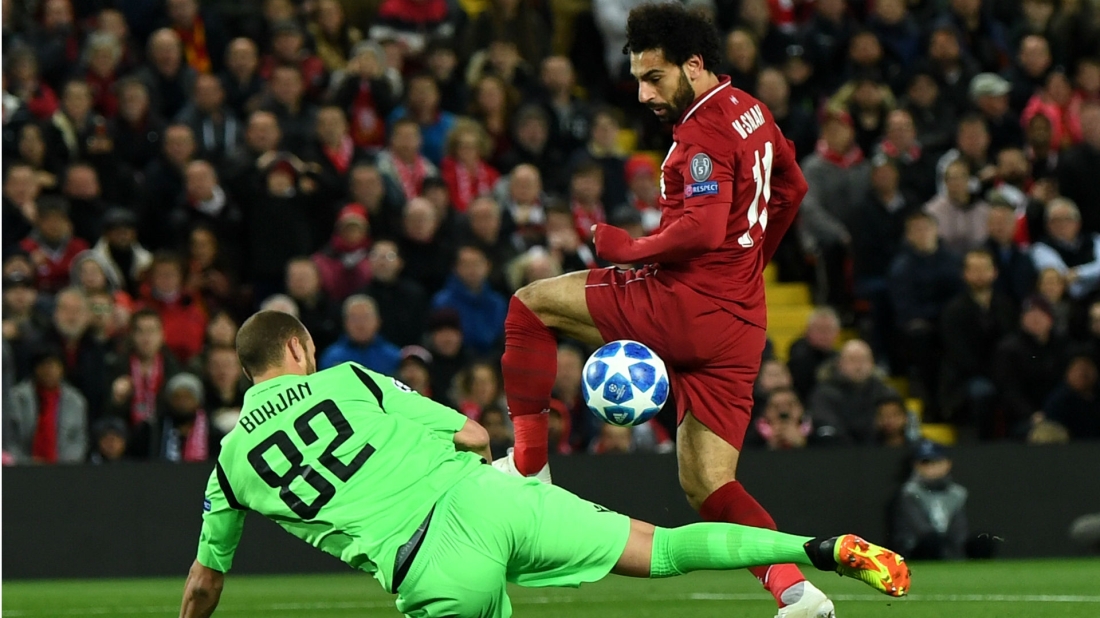 Finally we have started to see the Mohamed Salah we saw last season. I don’t think he will have 40-plus goal this season but he has proven once again his unbelievable quality. He has had a less-than-stellar start to the season for Liverpool despite their high flying start. Quite a few critics have come down on him due to his lack of production over the first 10 games which is a fair point because he’s not scoring at the same level as he was last season at this time. However he seems to be picking up some steam for the Merseyside as he eclipced 50 goals for the club. He scored over the weekend in Liverpool’s win against Huddersfield and followed that up with an unbelievable performance against Red Star Belgrade. You can make the argument it’s just a real Star Belgrade they aren’t an unbelievable team but that doesn’t take away from his performance. He scored two goals in their 4-0 wins over the Serbian side despite one at being a penalty I still thought his performance was exceptional. This Not only was important for Liverpool but this was important for Mohamed Salah he took Liverpool to the top of the group which is great but that’s not what I’m focusing on. The two goals he scored yesterday are for confidence. I’ve watched Mohamed Salah many years two of those Seasons  at my club. Mohamed Salah is a confident driven player period when things are going well he feels the confidence he’s going to think he can perform when things aren’t going well he needs that goal to get the best potential out of them. If he starts to feel this confidence a little more and more as the season goes on he should start finding the back of the net it little bit more regularly than he is. Salah’s performance was important this should Inspire him to continue to put in performances like this. He was unbelievable in the Champions League and he lifted Liverpool if he starts going at a faster pace there are very few teams that can stop this Liverpool side. A super performance any Champions League this week and important results of Liverpool and an important one for Mohamed Salah.