Roma hosted sampdoria on Sunday afternoon as Roma returned home to the stadio olimpico following a three-week road trip. Roma came into the game in unexcusable 10th place in the league. Meanwhile sampdoria who were just a few points off.  Roma going into the match it turned out to be an important a battle between two teams who needed some momentum to kick-start the season. Despite the fact that Sampdoria beat Napoli 5-0 this season it was a Roma who proved their superiority in this match. Roma has drastically underachieved this season this game they showed Italy but they are certainly back. Eusebio Di Francesco made a tactical changes that payed dividends in the result. Bryan cristante hooked up with Juan Jesus off a corner to give Roma a 1-0 lead in the first half. They completely dominated the line of play and in the second half there was an onslaught as they unloaded on sampdoria. After a penalty decision that was wiped off for sampdoria Roma scored almost immediately as Patrik Schick put home his first goal of the season. However the second half was all about Stephan El Shaarawy who blew up Sampdoria they quite clearly could not handle him. El Shaarawy scored of the Roma’s final two goals which included an absolute world-class that put the game at to bed. Sampdoria did respond with a consolation goal from Gregiore Defrel as the former Roma player refuse to celebrate against his former team. Roma gave an immediate response as Stephan El Shaarawy scored his second of the game on the way to a 4-1 victory as Roma throttle sampdoria at the stadio olimpico behind the Brilliance of Stephan El Shaarawy. 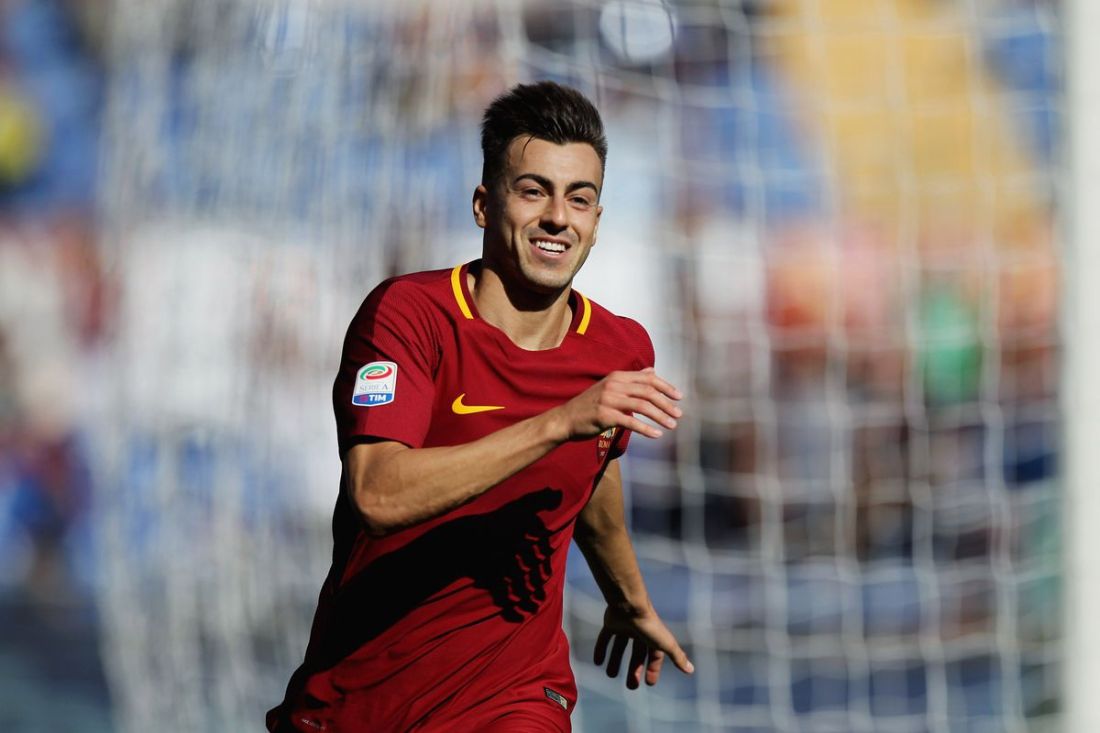 After another breathtaking display from Stephan El Shaarawy it is abundantly clear he is Roma the best player. It is crazy to think about when you have a super Talent like Cengiz under and historical goal scorer Edin Dzeko. However this season there has not been a more consistent player. Even in matches in which Roma have performed badly he has the standout star. Yesterday was even more display of that the infectiousness he has on the team and his impact in his position is absolutely sensational. The reason we have not seen Kluivert and Under start together very often is because Stephan El Shaarawy would have to be sacrificed. He is playing at a top-class level for a long time he’s been one of the most underrated players in Italian football. His performance last night was unbelievable. A two-goal performance against a really tough Sampdoria side that beat Napoli 5-0. His opening goal of the match was  of an absolutely world-class variety. He currently has five League goals to his name that is 3 more than Edin Dzeko he is a top 10 scorer in the League this season and I see this possibly being his best season yet. I gave him player of the month of October and he’s looking like he’s going to grab it again in November. Last night he was such a big X Factor not only on an offense of aspect he did to get the two goals but it’s what he did over  the pitch he was so unplayable. He made smart passes he terrorized the Sampdoria defense with his Speed and Agility and his movement without the ball he is in a league of his own in that aspect. The way he plays and the impact he has on this Roma team can’t be understated. He is the best player on Roma and when he plays Rome perform to a much higher level. The club has made it known that he is not for sale after some rumors about a West Ham approach surfaced in the media Roma came out with a statement saying he is not for sale at any price. He is one of the leaders of this team and in terms of quality he has proved his value. two goals last night against a very tough team not to mention he made some plays that got the offense going and on the counter attack he was unbelievable. I think we all recognize now that Stephan El Shaarawy is Roma’s best player and could be in for a career year his importance on this Roma team is undeniable.

Patrik Schick got a rare start yesterday afternoon which was somewhat of a surprise given what the papers have been saying. He has been consistently in discussions with Arsenal in a possible swap deal for Aaron Ramsey. Now while those rumors are false he has drastically underperformed in the Roma colors. He is Roma’s record signing at 42 million and has not lived up to the expectations. Mostly this season he has been used as a sub in certain situations Roma may have found a use for him now. He ended up putting in a pretty exceptional performance as he replaced Dzeko in the starting lineup. He scored Roma’s 2nd goal in their eventual 4-1 win. You could see how much it meant to him given the expression on his face after scoring it gave him confidence and he spoke about it in a positive light after the match. After that performance Schick needs to stay put according DiFrancesco’s press conference after the game he spoke about the young Strikers role in the club. Implying he sees him more as a central forward than a striker. These comments suggest that he’s going to find a way to put him in the team and after his performance he has earned that. I am not saying he has to be a starter every week but occasionally he should be put into the starting lineup because Edin Dzeko only has two League goals this season he could be a potential option or play next to Dzeko which would also be another option. I feel like this is Redemption for Patrik Schick his not given the opportunity very frequently but he has delivered on his first attempt DiFrancesco seems keen on keeping him and is in his plans for the near future Mochi has made it clear that he won’t be going anywhere. He is on a path for Redemption if Roma can tap into his potential he could be a truly special player for this team we are all rooting for him.

Sampdoria started this season On fire with some huge wins in the opening six weeks of the season. They were looking like they were serious business one of the Dark Horses of this season’s campaign. This even included a 5-0 against Napoli. However since then they have not found their footing and find themselves in a huge slump. They have won games over this stretch but they have been a crushed in two consecutive weeks. in the last two matches against Roma in Torino they have conceded eight goals while only scoring two. At the moment they have so many issues they need  fix them quickly because I know Sampdoria desires a top 10 finish like they got last year but that will not happen if they continue to play like this. The direction they are ascending is to bottom of the table rather than to the Top. This was a horrible display by Sampdoria by all aspects they didn’t create nearly enough chances and made too many mistakes on a consistent basis.

Roma are in position to get into the top four

In Roma’s astounding 4-1 win at the Stadio Olimpico. We saw a different Roma we have been waiting to see all season. This team has been consistently inconsistent throughout this season as they have drastically underachieved their expectations. They have been viewed by others as a Europa League team not a Champions League team however we have seen the most convincing performance of the Season against a truly tough opponent in Sampdoira who despite being on a bad run of form have shown this season that they have quality. Roma were efficient aggressive and put together a dominant performance. This is the team we have been waiting for because it is quite clear that they have the ability to do much more they have a lot of quality in their team throughout it not only any starting 11 but in the bench. It is true this is a project that is planning for the future so Roma will be in the best position to carry forward in the years to come however in doing so Roma want to compete at the highest level so it’s possible some mistakes were made this summer but at the same time Roma have enough quality for Champions League football again. It was a truly breathtaking performance from Roma they were absolutely flawless if this Roma team can find some consistency and performed like they did on Saturday they surely will be in the Champions League again next season. They are on the verge a cracking into the top four thanks to a draw from Lazio and a loss from Milan they are now only two points away from 4th in the league. Once they are attain it I believe they have the tools and resources to maintain a top four spots for the rest of the season. Roma must come together as a team and continue to perform at this level if they’re able to do so there’s no doubt in my mind this is a Champions League team. This was true Roman dominance Roma are heading in to the international break with confidence and momentum this is exactly the team Roma was looking for all season and they put in at this performance with some of their starters on the bench This truly speaks volumes of what this team is capable of if they find that consistency. 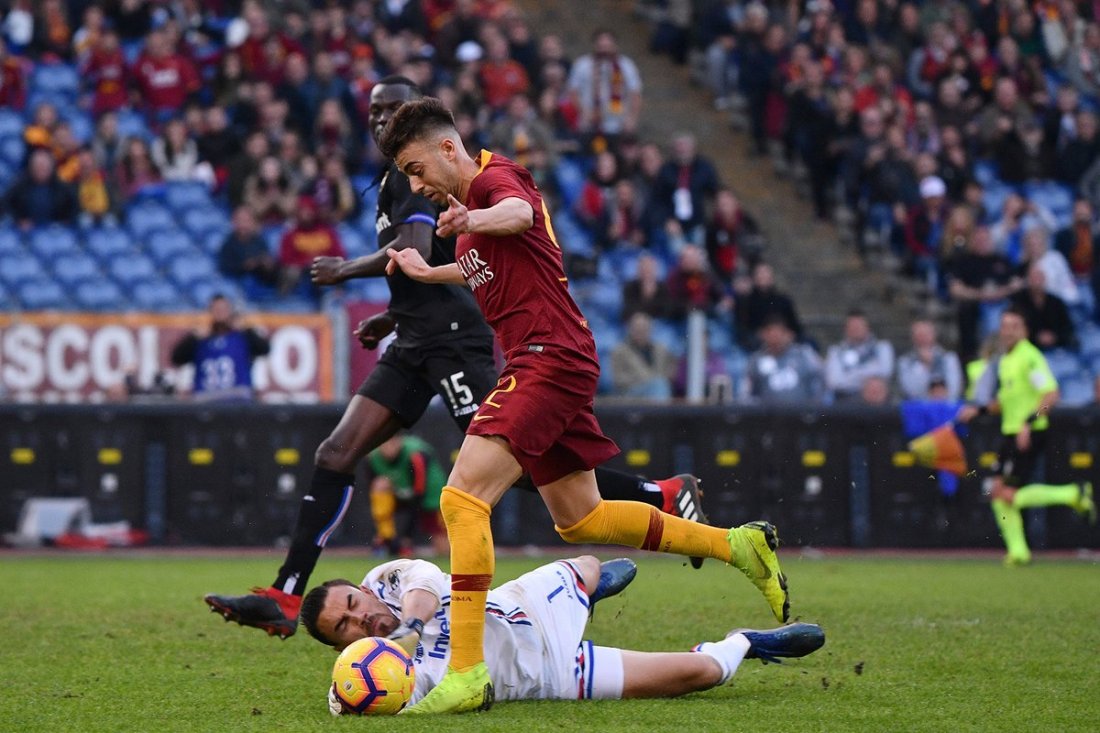 The Sampdoria goalkeeper had an absolute shocker against Rome on Sunday. According to whoscored.com he scored a 4.5 match rating out of 10 that is atrocious. He just wasn’t comfortable and was getting beat far too easily. He made a huge mistake on the Roma’s third goal. As he came out to try to snatch the ball as Stephan El Shaarawy ran forward. Stephan El Shaarawy has lightning speed it was a huge miscalculated error that he should have been more prepared for. You’re not going to be able to stop the speed in the Box in doing so. He made an error that led to an unbelievable goal from Stephen El Shaarawy. He came out in the box and mishandled the ball giving El Shaarawy the ball by himself with a mostly open net. 9 out of 10 players will not have scored from the angle in a which El Shaarawy found the back of the net but still that was a unbelievably stupid decision to make. It wasn’t just that he made some mistakes throughout the match and I think Sampdoria really need to reassess their options at goalkeeper. I know he’s talented and Young but you can’t make those type of mistakes in a crucial game against a big team.