Football’s greatest individual price was awarded in Paris this week. As the Ballon d’Or known as The Golden Ball World football player of the year was awarded to Real Madrid and Croatian midfielder Luka Modric. The Real Madrid midfielder was instrumental in Real Madrid winning their third consecutive Champions Leagues while taking Croatia to an unlikely World Cup Final in Russia. I’ve already said everything that needs to be said about him he is deserving of the award and has gone through a lot to get to this point he went from a child of War overcoming adversity being name the worst signings to one of the best midfielders in the world and now  is recognized as a world’s best in 2018. There’s nothing I can say or anyone can say that can take anything away from what Luka Modric has done however there has been a lot of backlash from the ceremony and some of the decisions that were made in regards to the voting. The question comes down to this what is required to win the Ballon d’Or is it just just an individual award or is it a team award? Can you win this award was no trophies to your name. Is it about stats is it about achievements or is it about being the best player in the world. Although I have no issue with Luka Modric being awarded as the world’s best the voting community needs to change there is serious biased towards certain players when it comes to this award. It is about journalists picking their friends for the award. The late Johan Cruyff once referred it to the ceremony as a popularity contest. In actuality that is what it is boiled down to there have been so many times where it could be argued that the wrong choice was made for this award. As I have mentioned repeatedly it has been a domination between two men as Cristiano Ronaldo and Leo Messi had won the last 10 hours prior to this year. In all likelihood one of them will win it again next year. What has to happen to Win It? That’s the problem identifying what is required seems to change every year. There certain times it doesn’t make any sense. We have seen Wesley Sneijder be the single best midfielder in the world while winning a historic treble for Inter Milan miss out on winning the Ballon d’Or because of stats. So the perception sometimes is the best stats win you this award or is it the best achievements. I am a huge proponent for Cristiano Ronaldo I think he is one of the greatest footballers we’ve ever seen and the best pure scorer in history. However in 2013 a the trophies Cristiano Ronaldo was given the Ballon d’Or over Franck Ribery who would have won the treble was Bayern Munich. Meanwhile Messi has missed out on the last three because Cristiano Ronaldo and Real Madrid won the Champions League. In those years Leo Messi was arguably better statistically in an argument could be made that maybe one of those  that went to Ronaldo should have gone to Leo Messi. It has become a ceremony and an award of bias. The Golden Ball is presented by French football journalist. While other people have votes France players seem to have the advantage. It is an unfair system to all the great players we have seen. There are 30 players who end up on the Ballon d’Or shortlist and I disagree with practically all of them. We need to redefine what are the qualifications for this award is this team success is it individual success is it stats or do you need a bit of each? The bias is unacceptable in a award of this highest degree it should be a a fair representation of the seasons and the year that has been played until that happens it’s going to be a problem we need to change the system.

While it is my right to criticize the Ballon d’Or ceremony and selection Committee in regards to the qualifications and terminology to determine I do not have all the answers but I have a plan. If this is going to be a French football ceremony I cannot change that there’s nothing anyone can do is that is going to affect that. However we have to find some way to eliminate the bias the voting results were absolutely egregious as fans we shouldn’t have to look at the ceremony and the awards and think of it as a joke. This is the most prestigious individual award in sports we should handle this with more respect was more dignity giving everybody a fair shot not just players who are French. There should be no advantages given just because of someone’s nationality or the league they play in. I think in addition it to the French journalists and media personnel there should be representatives of every League who has a say as well as a certain media Representatives who can be find a way to eliminate bias from this award. It would be like if the NBA voting was only constructed by one conference they’re going to gravitate towards their own. I understand why Antoine Griezmann Raphael Varane and Karim Benzema got votes. I don’t blame them If Christian pulisic was up for the award I would want to vote for him because I’m from America. However if I did that that would not be fair it has to be a fair representation of the players and what they have done and what they have achieved during the year. Certain things should have to be achieved or accomplished to be in consideration. Instead of a 30 player shortlist it should be a 15 player short list. Minimizing and shortening the player selections. Under these rules players like Karim Benzema Hugo Lloris Sergio Ramos and others wouldn’t even make the short list. If you minimize the gap you could potentially see a more fairly constructed voting system. There are a lot of great players but if there’s only 15 options I think people would take a longer time to evaluate the players that are up for this award and make better judgement decisions. I think it’s completely fair to say that French football associations will still vote for their guys but it could balance the voting. I don’t believe the qualifications should be purely be based on team success or on statistics it should be a combination of both. Under certain circumstances there would be exceptions to the rule if you are the single reason why a team get as far as they do I believe you should belong in that bracket like Mohamed Salah. The Ballon d’Or should be about impact quality statistics and team success. You should have proven over a year that you are undoubtedly one of the greatest players in the game having one of the best seasons. Also having success with the team winning something and an impactful player that could drastically changed the fortunes of your team had you not played. players like Wesley Sneijder being denied and seeing Leo Messi be denied because Barcelona didn’t win the Champions League is unfair I certainly hope we see a change in all this. This is shouldn’t be a popularity contest it should be a true representation of who were the best players in the world. Players who have lead their teams to unlikely possibilities and trophies while being the single most important part of their success. This shouldn’t be a popularity contest it should honest we have seen bias stacked committee too often and too frequently Luka Modric deserve is but we need to see a change because this is the most prestigious individual award in all sports it should be honest and fair. 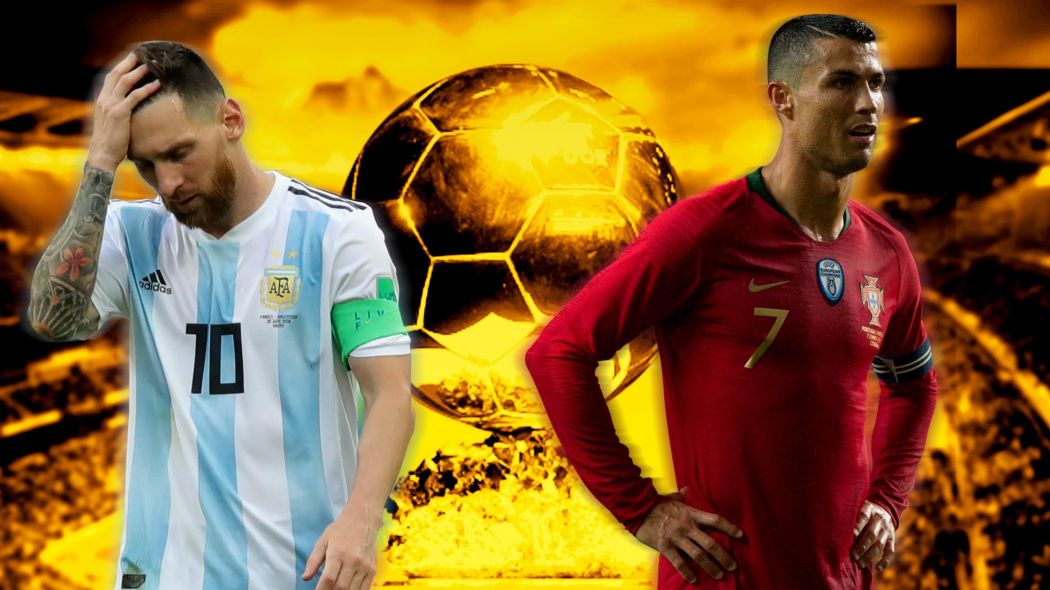