Patrick Cutrone as one of the Bright Young talents in Italian football someone we will be hearing about for a very long time. At Club level for AC Milan and will be hugely important for the Italian national team especially for the upcoming year. He showed unbelievable quality in AC Milan’s come-from-behind wins against Parma at the San Siro. Patrick Cutrone in the second half against Parma scored an equalizer within minutes of AC Milan conceding to Roberto Inglesse. He showed unbelievable quality for such a young player making history in the process no player has scored more goals before his 21st birthday then Patrick Cutrone. He is the real deal he has scored 25 goals in 63 games for AC Milan which includes 10 goals in Europe which is absolutely astronomical they may not have been Champions League goals but Europa League goals still count for something. After AC Milan got the equalizer  AC Milan came out with more aggression they played a better together and they weren’t going to denied of a winner. Eventually AC Milan was given a penalty late in the second half and Franck Kessie delivered the winning goal. However Patrick Cutrone’s performance cannot be slipped under the rug he was Sensational scoring the equalizer just moments after Milan had a confident shock when Parma took the lead. He got forward create separation from the defense almost on a constant basis he could of  scored a few more goals. That’s how well he was attacking the defense he made good passes and made intelligent plays when his team needed him at to deliver he came through. He is one of the future stars of this league and I assure you we will continue to talk about him on a consistent basis his performance against Parma was just special.

Cengiz Under joins the list for a second time after his Redemption against Inter Milan. Against Real Madrid he had one of the worst moments of his entire career. At the Stadio Olimpico against Real Madrid he had a horror show Against Real Madrid he missed an open net when the game tied.  The Turkish super Talent responded with one of the best goals of the entire season. He was Unleashed at the Stadio Olimpico in the second half. Cengiz Under took over the game he launched an absolute stunning strike from well outside the box into the back of the net to get Roma back into the game. Tenacious power and accuracy on his unbelievable strike. The goalkeeper couldn’t do anything about it in fact it happened so quickly that he didn’t even move. Easily one of the best goals we have seen this season. Everyone forgot over the week that he’s a superstar and he justified it with that goal and this performance. It wasn’t just the goal he scored his overall performance was sensational. His movement down the wing was incredibly difficult for The Inter Milan defense to deal with they had a nightmare marking him due to his speed and athleticism he basically got it into the space as he needed to be incredibly effective. His vision was also pretty spectacular as he found the pass for open teammates pretty frequently. Every time he got the ball he rushed forward it was creating quite a complication on the defense because none of the Inter Milan Defenders could actually keep up with him. This is the youngster we saw last season rip the league apart during the second half of the season last year. Roma’s Turkish star is a big game player he delivers in important moments in important games it wasn’t only that he inspired the entire performance after his unbelievable strike. Together he was a huge part of Romans ability to come back twice. Performances like this or what world-class players are made of while he may not have reached that level quite yet make no mistake this kid is coming after that performance there’s nothing you take from him he is capable of this on a weekly basis. The confidence he lost vs Real Madrid has been completely restored when he is confident he is Unstoppable the match against Real Madrid awakened the beast.

Nicolo Zaniolo becoming the youngest participant of the list after and inspiring performance against his old team in a huge match in which Roma fought back twice to earn a hard fought point as Wounded Roma got 2-2 against a very strong Inter Milan side. Out of all of the prospects that Inter Milan had he had the most potential he is going to be a superstar and Inter Milan will forever remember they day that they let him go. In all of Italian football he is without a doubt the best Prospect coming through the ranks he’s going to be a superstar in this league and in the Italian national team. Getting to start for Lorenzo Pellegrini against his old team he proved how big of a mistake he made. Nicolo Zaniolo was one of the best players on the pitch for either team. Just showed exactly why he is the next big thing for Roma. This kid is going to be a huge star and Inter had their hand on him and let him go almost for nothing. He used his anger and frustration against a club that gave up on him to put in an inspiring performance. He looked extremely strong on the ball made a really good passes and created several chances in his own. He nearly scored a few times The Inter Milan defense could not handle this 19 year old very well. He had a nearly complete game a super performance For someone of such a young age. He never gave up and showed how much effort he is put into this team. He is a player that we’re going to hear about for a very long time. Inter Milan will forever regret the day they let Nicolo Zaniolo leave he will emerge into a superstar and last night he displayed Superstar qualities now Inter Milan will have to view that from a distance.

DONKEY OF THE WEEK: S.S Lazio 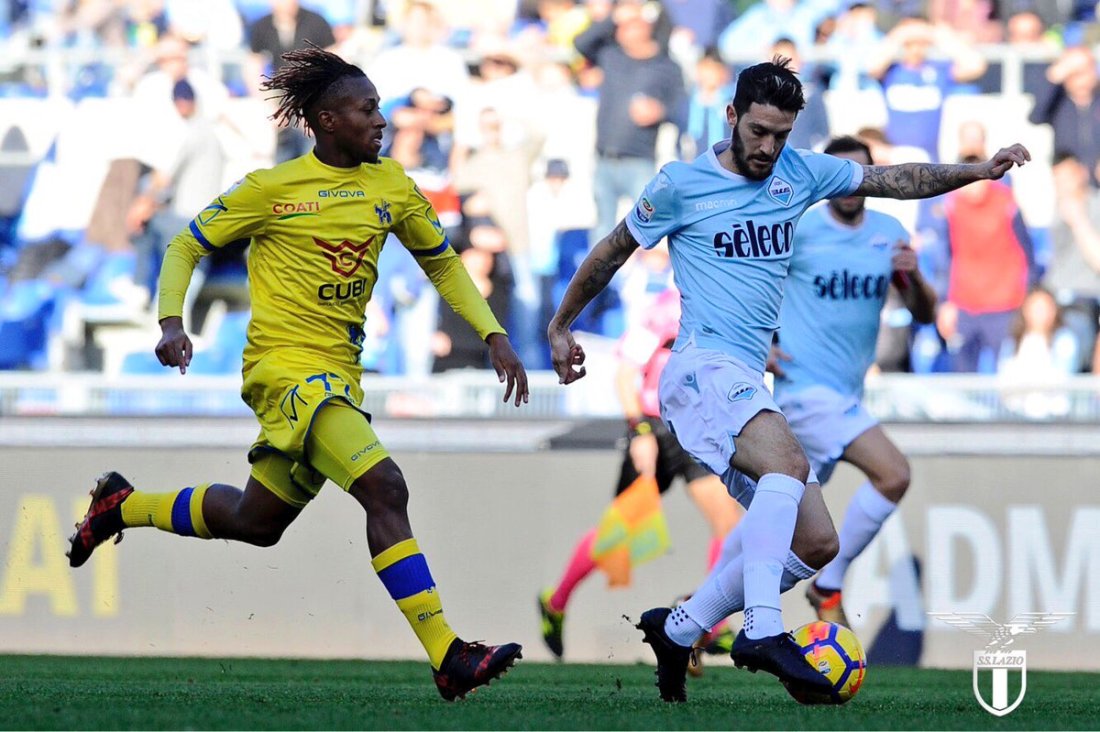 It gives me great pleasure to award the donkey of the week to Lazio. With AC Milan winning earlier in the day they were temporarily in fourth place all Lazio needed to do was pick up the three points necessary to maintain at their spot in the table. There’s no easy game in this league as we have seen but they were up against the worst teams. Chievo Verona entered the game with 0 points without a win. Despite that somehow in someway Lazio struggled to find the back of the net against a team that has had issues scoring. Chievo Verona end up taking a first-half lead on their only shot on target. Lazio lacked determination they lacked conviction in front of goal and they just weren’t good enough. Inzaghi wanted to take out his entire team after the first half. Eventually they got back into the game with a Immobile goal to eventually equalize but this is not viewed as a positive result. They should be ashamed of how they performed. Lazio had so many opportunities to score and they just wasted they’re chances. Verona had one shot on goal the entire game and scored. Meanwhile Lazio had over 20 shots including 7 On Target and could not find the back of the net. They lost grip on 4th and it adds frustration to a team that’s not in the best form I have no choice but to give the donkey of the week to Lazio failing to beat a team without points is as low as it gets.