Coming off a hard-fought loss in Turin to league leaders Juventus Roma return home to the stadio olimpico a place which Roma have had success this season. As a Sassuolo come to town as DiFrancesco gets a opportunity to get Roma back on the right track against the team where he made a name for himself. It will be a family affair on Wednesday night as Sassuolo’s Federico di Francesco gets a chance to face off against his father Roma manager Eusebio DiFrancesco. Last season Roma won the season series with a win and a draw against Sassuolo. However this is a different team and a different season for both sides as they meet up for the first time this season. Only one point separates the two teams from each other. Sassuolo has been somewhat of an underdog story this season and they find themselves in the top 10 in the league which has not occurred since Eusebio DiFrancesco was in charge when he resurrected the club to relevance. Roma have a monumentis opportunity with the possibility to get into the top five with a win on Wednesday. Meanwhile Kevin-Prince Boateng and Sassuolo will do everything in their power to pull off yet another upset this season. They’re a different team and he is a big reason why. But with Edin Dzeko back for Roma we could see a Resurrected Roma team finally find some consistency after a strong second-half showing against the league leaders. In a huge clash will it be Eusebio Di Francesco’s Roma or his son Federico with a bragging rights as Sassuolo has a date with Roma at the stadio olimpico on Wednesday night. 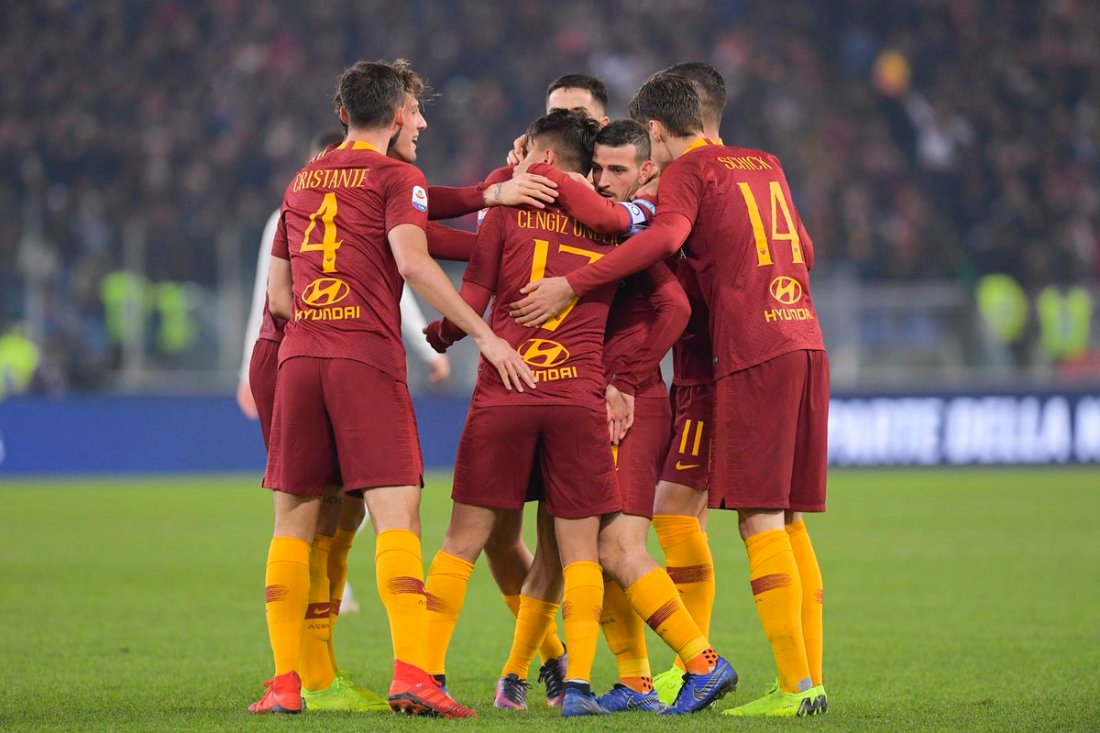 Against Juventus Roma came out very defensive with an unorthodox 5-3-2 formation it is incredibly unlikely that we will see that again. I speculate that Roma will return it to the 4-2-3-1 formation as it has been proven to be the most effective formation this season. Roma’s backline could have some adjustments made but it is likely that Roma go back to their typical starting defense it may not be incredibly strong but it is their best lineup at the moment. As we are likely to see if the pairing of a Federico Fazio Kostas Manolas Alexandro Florenzi and Alex Kolarov. There really should be no change in Roma defensive Midfield as the inform Bryan Cristante and the experienced Steven Nzonzi are likely to be paired together once again the work they have done cohesively has worked for the most part so there’s no reason Roma should go away from that. I would go with a very young attack as we have seen over the last few weeks. With Nicolo Zaniolo occupying center Midfield with the youngsters Justin kluivert and Cengiz Under on both wings. With the injuries to Lorenzo Pellegrini and Stephan El Shaarawy the three youngsters seem to be the best options at the moment. However I am not sure the health Diego Perotti who came on as a substitute last week I think it is possible that he gets a start in this match. If he’s not 100% I still suspect to see him coming off the bench at some point in this game. In addition to that Dzeko also made an appearance off the bench against Juventus I have not received any data regarding his health but I’m assuming he’s at least healthy enough to start the match and if he is there’s no question DiFrancesco must go with the Bosnian as Roma main Striker. However if not 100% Patrik Schick come get a start in that position however rumors of him going on loan suggests that Edin Dzeko will be more likely to start in the position it’s healthy. My key player for this match will remain unchanged for the last few weeks Bryan Cristante put in an incredible performance against Genoa in their last League match he has been playing out of his mind and pretty much has locked up the player of the month for Roma. I believe he is likely to play a big role in facilitating the Roma attack especially trying to feed Romans attack with his ball skills throughout he will look for the past to break open the opposition he will be crucial an important moments as he has shown his value over the last few weeks and I believe he will continue to display that. 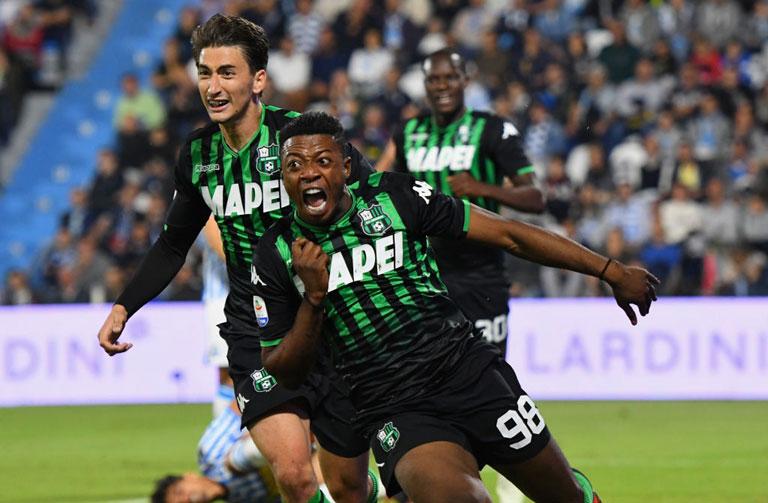 Even though Sassuolo and Roma have almost identical form over the last five games the fact that Roma are at home suggests that Sassuolo will try to defend the Midfield. Sassuolo started red hot this season but have slowly cool down over the last few weeks because of this they’re going to rely on their star power. Essentially trying to control what Roma can do through the Midfield. Sassuolo is not a team without quality with the likes of Alfred Duncan and Kevin-Prince Boateng. Those are the key components for Sassuolo the best move is try to use the speed and passing intelligence of Alfred Duncan to dictate their attack. This is not a great team away from home and Sassuolo has struggled at the Stadio Olimpico I suspect they will play very smart intelligent football but unable to take the risks given their status in the league table. The point of attack will be to control the Roman Midfield and they will try to break it down. This team is incredibly dangerous if they can get hot but it’s been quite some time since they put in a breathtaking performance after a very good start to the season. Alfred Duncan it’s probably the most influential player in this team but the key player for me is Kevin-Prince Boateng this guy is a clinical Striker especially when given service in space he is deadly and all it takes is a moment of brilliance to put Roma on their back heel. Roma have had two pretty impressive shootouts but they have failed to come back in several games getting him service early in the match will be important he is absolutely essential.

This is a very balanced game between two teams that only are separated by one point. Both Sassuolo and Roma can get into European places if they pick up three points in this match. The league title is gone but European places are very much in play for these ambitious clubs. Playing at home will give Roma a huge Advantage they have only suffered one loss at Stadio Olimpico this season. Roma will likely attack the defense through the Midfield with Bryan Cristante and Steven Nzonzi holding the teams and the brilliance especially speed and athleticism in Roma’s young Wingers Kluivert and Under. While Zaniolo will try to fuel a counter-attack it’s easier said than done and I mention this every week  Roma going forward with the speed they have is as good as anyone. Under and kluivert are two of the fastest players in their position in the entire league if you allow them to go forward it’s going to be a huge problem. Meanwhile Sassuolo does not have those type of stars but they have players who are capable of finding the back of the net this by no stretch of the imagination is going to be a match Roma will be able to cruise through. It will be incredibly tough and Sassuolo will provide extreme challenges for Roma however on the other side of things Roma can provide a nightmare to Sassuolo especially if Edin Dzeko is back and motivated. This game is going to come down to how good the teams are defensively. Robin Olsen is one of the top 5 goalkeepers in the Serie A we know that Roma have a significant advantage in that department. However he can concede  if mistakes are made in front of him leaving him vulnerable. It’s simple as this if Roma are mistake-free in the defense and perform the way they did last week against Juventus Roma should secure the three points here but that is easier said than done all four players must be on the same page it is Kostas Manolas job to make sure his guys are up for it defensively.  The focus must be on defense Manolas needs help he won’t be able to do it alone and all the guys must be on the same page. Against Sassuolo if a defensive lapse occurs for Roma they must take advantage of it if you look the way Robin Olsen has performed this season only in one game did he make significant mistakes it doesn’t happen often so when the defense is breaking down they have to cash in. Sassuolo defensively must eliminate any chance of a counter-attack this is probably the most important thing if this Roma team gets forward with Justin kluivert and Under it is good night even though Roma are incredibly inconsistent with the speed Roma possesses on the wing and the intelligent Playmakers in Roma’s Midfield if Sassuolo cant  contain them it will be their downfall. The defensive battle wins this game. 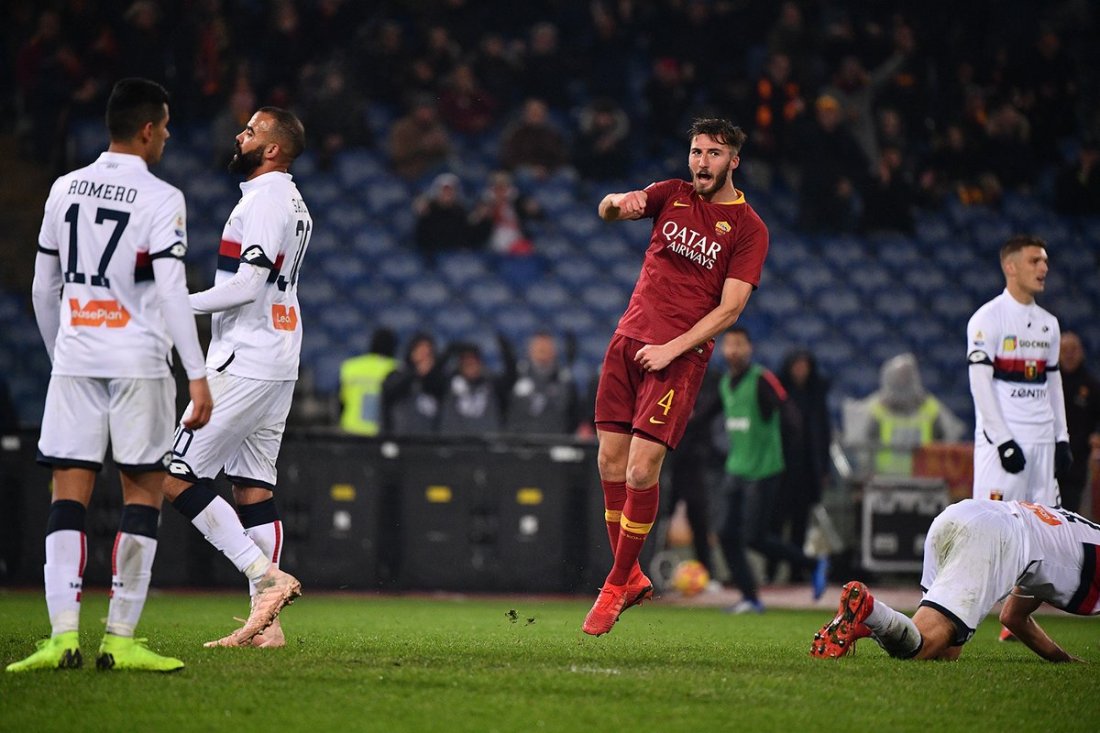