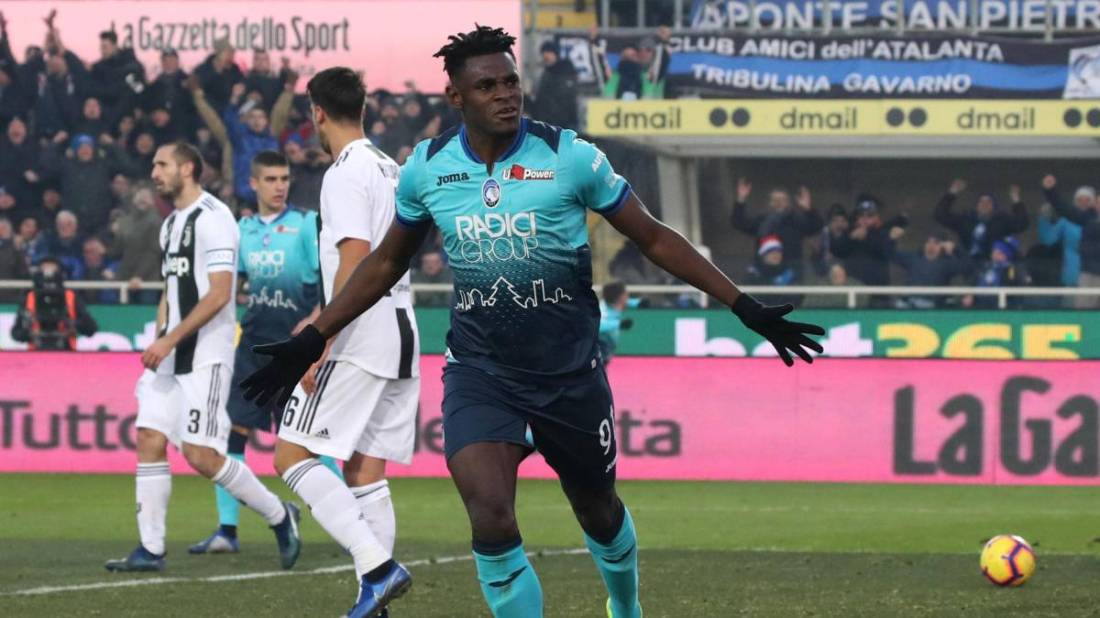 For the second time in three weeks Duvan Zapata has been one of the best performers in the league. He has been without question the best player in Italian football in the month of December. The Atalanta Striker has nine goals and three assists to his name eight of which he has scored in the last 5 games. He is proving to be an absolute bargain for Atalanta Who currently has him on a two-year loan. Meanwhile Napoli and Sampdoria are probably kicking themselves for letting go such a fantastic player that has proven to be one of the best in the League this season. He had a relatively slow start to the year but in the last five games he has eight of his nine goals. In two of those games he has scored multiple goals. His hat trick against Udinesse and a two goal performance on a Wednesday afternoon against League leaders Juventus. Atalanta and managed a 2-2 draw in a match they probably should have won and a large part of their success of their ability to control their fate and outplay the opposition was it behind at the brilliance of Duvan Zapata. He single-handedly kept Atlanta in the game. Juventus we’re not at their best and Atalanta was probably the more superior team. The league leaders have only dropped two points all season one of which Atalanta is responsible for. This week was another performance of brilliance he has been known as a an extremely underrated player I’m not sure that’s the case anymore over the last month people are starting to recognize the greatness of the Atalanta Striker. I would not be surprised at all if he ends up on this list again another unbelievable performance from  the RED HOT Duvan Zapata. 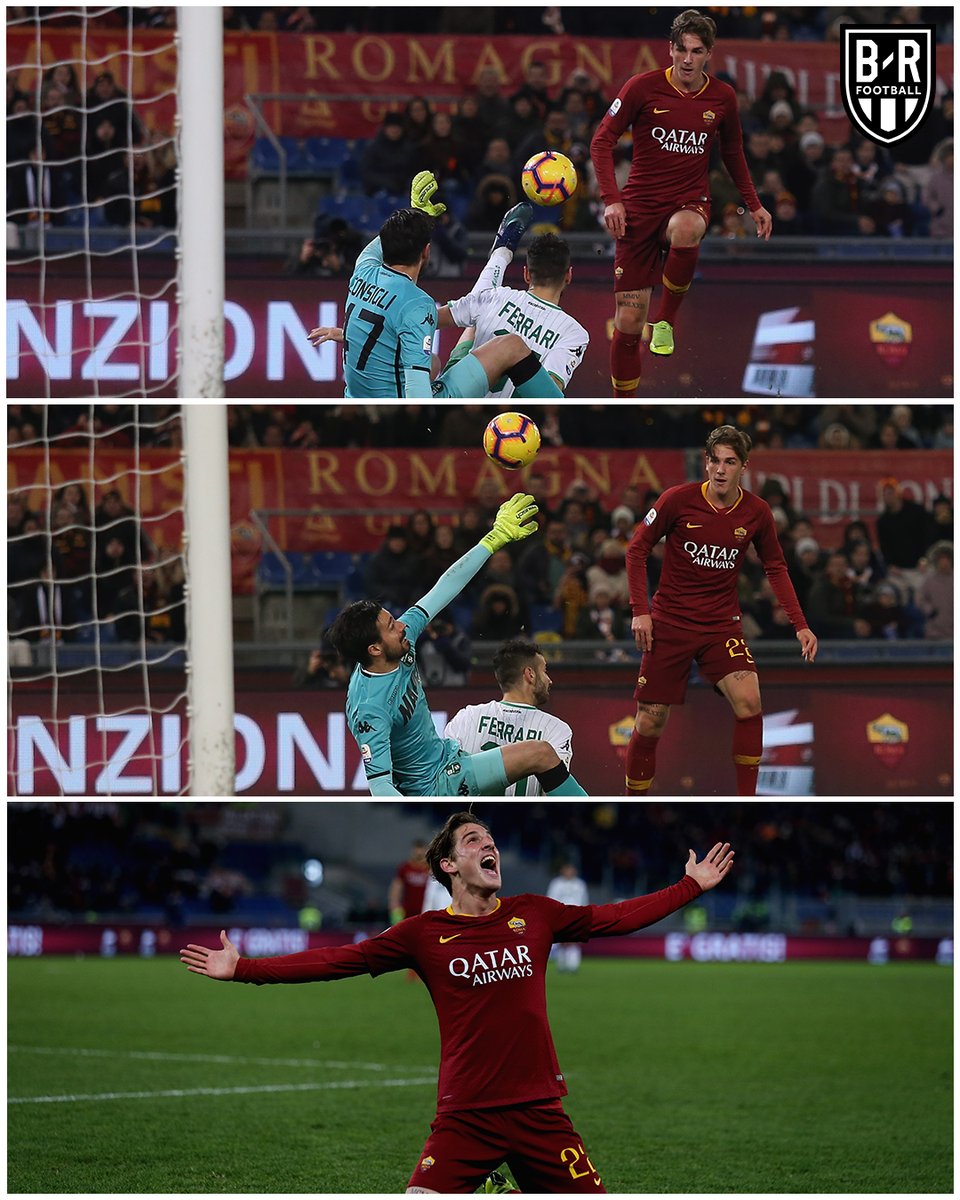 It was a very special night and moment Roma youngster Nicolo Zaniolo. The nineteen-year-old arrived this summer in the deal that sent Radja Nainggolan to Inter Milan in a swap deal. The young Prospect side very minimal games at the start of the season over the last month he has sustained himself as an important part of this Roma team. Since the injury to Lorenzo Pellegrini she has come in and drastically outperform the expectations. He has proven to be the real deal in Italian football as of one of the brightest young Stars in the landscape of the Italian national team. She is a superstar in the making that Roma stole from Inter Milan. He is going to be a key player in this Roma team for many years to come an absolutely spectacular player finally get his first goal in Italian football. She has proven to be the real deal listen to me and has been one of Roma’s best players this season with all the injuries that have occurred this year he has stepped up and delivered or his team. Not only was it his first goal in Italian football but one of the best goals we had seen this season and unbelievably dominating performance for the 19 year old sensation. A goal that reminded you of Leo Messi. Such a disrespectful goal that leaves the entire opposition embarrassed. After receiving a through pass some under he drove the ball with Defenders on his heels all the way into the box he made a cut move that caused the defender to fall over and the goalkeeper to land on his back. Seagull Caper sing about land in the back of the nest to kill off the game once it’s strong. Roma true when you have something special with me and yellow he ran towards the Roma supporters and embrace them with his first brace in Italian football. We will see more to come from this unbelievably talented kid who will just out into the next Superstar to where the Roma colors. Roma icon second chance to talk to anyone my heir isn’t here but one day he will arrive. Nicolo Zaniolo just might be that place that can lead this team for word for the next 10 years. Unbelievable performance from a nineteen-year-old sensation to wilt it out into a superstar Italian football Roma are blast to have him wearing their colors Italian football’s next big thing as he specially arrived as he opens up his Serie A account. 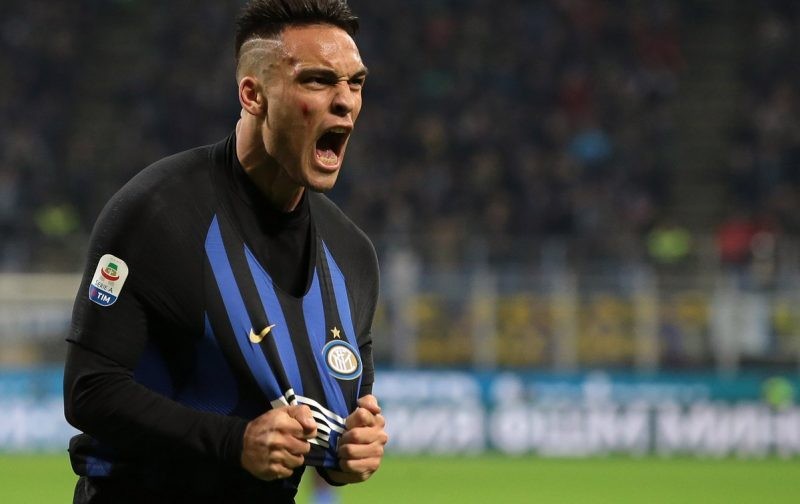 Lautaro Martínez came through in the biggest moment in the biggest game. Napoli faced Inter Milan at the San Siro two nights ago in what was a crucial battle between second and third in Serie A. The clear-cut game of the week between two Italian football heavyweights. An antagonizing battle that we saw through 90 minutes and didn’t get a winner until the very end. There really was no two ways to separate them a very evenly-matched game that went back and forth throughout it. At the stroke of death with all the off-field issues The Inter Milan has faced over the last week in regards to Radja Nainggolan Inter Milan broke through at the very end from a very unlikely Source Lautaro Martínez scores his 3rd Serie goal against high-flying offensive fueled Napoli as the teenager scores at the death to secure three points for Inter Milan that now narrows the Gap just a little bit between them and Napoli. Juventus seems to be uncatchable at this point for a second-place finish for this team would be hugely importance for their reputation in Italian football as they face a tough time over the last few years. Martinez came through when his team and needed him the most that is why he is earned a spot on the top players of the week. He really should be playing more games he is tremendously talented such an exciting player with the potential to be a superstar in Serie A. Spalletti typically doesn’t like playing younger players but this is a player he has to consider playing more regularly.  Not just the last 10 minutes Martinez as someone worthy of starting games on a consistent basis. A formation change might need to happen for that to occur but he is that talented it would be worth it in the end. It’s hard to say whether he will find his place on this list again in order for him to do that he needs to be playing more football if that is granted to him is no question in my mind he will find a way back on this list.

DONKEY OF THE WEEK: Football Racism 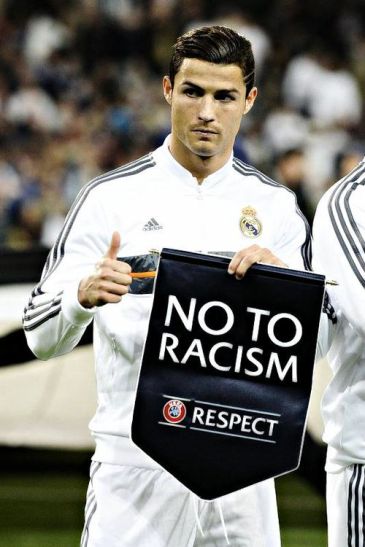 Typically speaking the donkey of the week is awarded to a player or a team who has drastically underperformed it is a fun away to poke some underperforming players. Unfortunately this week we have to talk about something truly devastating. Racism in football while the accusers of this are Inter Milan fans I think it is unfair to associate an entire group of people as racist. During the Napoli Inter Milan game at San Siro some fans racially abused Koulibaly Napoli’s African Defender. This is something that he has dealt with the majority has of his career. Now this does not apply to everyone in the Italian football  but racist people like this need to be completely eliminated. This is unacceptable and the referee has to take some responsibility for allowing it to continue to happen at many points in the match they should have stopped the run a play until the racism and the chants silenced. Carlo Ancelotti even suggested if this happens in the future in protest his team will refuse to continue play until it is resolved. While I do believe it is unfair to categorize all inter fans the racist the who are responsible should be banned from the stadium and all stadiums across Italy and Europe. No one deserves to be treated in a matter in which he was. Koulibaly in my estimation is one of the 10 to 15 best players in the world of football. Arguably a top-three Defender as well he is such a brilliant player and deserves to be treated with the dignity and respect. Unfortunately this will probably continuously be a problem but we have to find some way to eliminate or monitor the abuse that players like Koulibaly Mario Balotelli Antonio Rudiger and others have faced during the last few seasons. These disgusting people deserve life BANS from any football functions of any kind. Usually this is a fun segment unfortunately this week we had to talk about this something that should never have occurred. The donkey of the week this week goes to racist football supporters for their unacceptable disgusting Behavior they displayed in the Inter vs Napoli game.