Roma battled Virtus Entella in the Copa Italia Monday night with a chance to secure a place in the quarter-finals. As Roma play their first match coming off the two-week winter break. Roma’s top-six finish from a year ago secured a automatic place in the round of 16 of the competition as the number three seed. Roma faced off against a team that has been the Cinderella story of the competition as the team from Serie C ended up in the final 16 after a historical run after beating Genoa on penalties after a 3-3 draw. Roma was dominant force in this game from start to finish as you would expect but despite that in the first half  Virtus had some Spark. In the opening 20 seconds of the game Roma drove the ball down the field as Patrik Schick scored in the game’s opening moments to give Roma the 1-0 lead. For the rest of the first half it seemed to be pretty balanced but despite that Roma managed to double the lead from little-used substitute Ivan Marcano. In the second half the game changed it went from balanced to a Roma dominating performance. Patrik Schick as a second just a few minutes into the second half and eventually Javier Pastore gave Roma a 4th in what was a fairly comfortable 4-0 win. Roma advance to the quarterfinals where they will play Florentina at the Stadio Olimpico on January 30th with a chance to play in yet another semi-final. From a historical standpoint Roma have been one of the most successful clubs in this competition and I suspect they will take this very seriously because it is likely to be the only trophy Roma can win this season getting to the final will be tough but this was a good start.

Patrik Schick is Roma’s most expensive signing in history at 42 million. In this market that doesn’t sound like a a lot of money but he has not put in the performances to justify the huge price tag. Since arriving at the stadio olimpico a year-and-a-half ago he’s only scored 7 goals in that time. However on Monday night we got to see just exactly why Patrik Schick was brought to Rome from sampdoria. The sampdoria Schick was one of the best young talents in Italian football at the time and he is only 23 years old with a lot to improve on but Monday night we saw the sampdoria Patrik Schick once again. Patrik Schick was the most defining factor in the match even though Under was absolutely Sensational Patrik Schick stole the show and the headlines and for very good reason. A two-goal one assist performance the Czech Republic star was responsible for three of the four goals that Roma scored. I don’t know what it is about this competition but in the Copa Italia Schick is the real deal in his four cup Italian matches he has five goals. What Roma would like to see is Patrik Schick maintained this type of quality. Edin Dzeko is getting much older and you could argue he’s not the same player from the historical standpoint he’s one of the 10 best Roma players statistically but he doesn’t seem to find the back of the net as easily. Patrik Schick has an opportunity to be a star with Roma he is still relatively Young and if he continues to work hard and performs Roma may start to justify the huge price tag that they paid for him. In Roma’s current formation they only require one Striker if he continues to put in these types of performances and edin dzeko struggles he could get more opportunities. Monday night’s game more than anything else was seeing what Patrik Schick could become he certainly turned some heads with his performance. 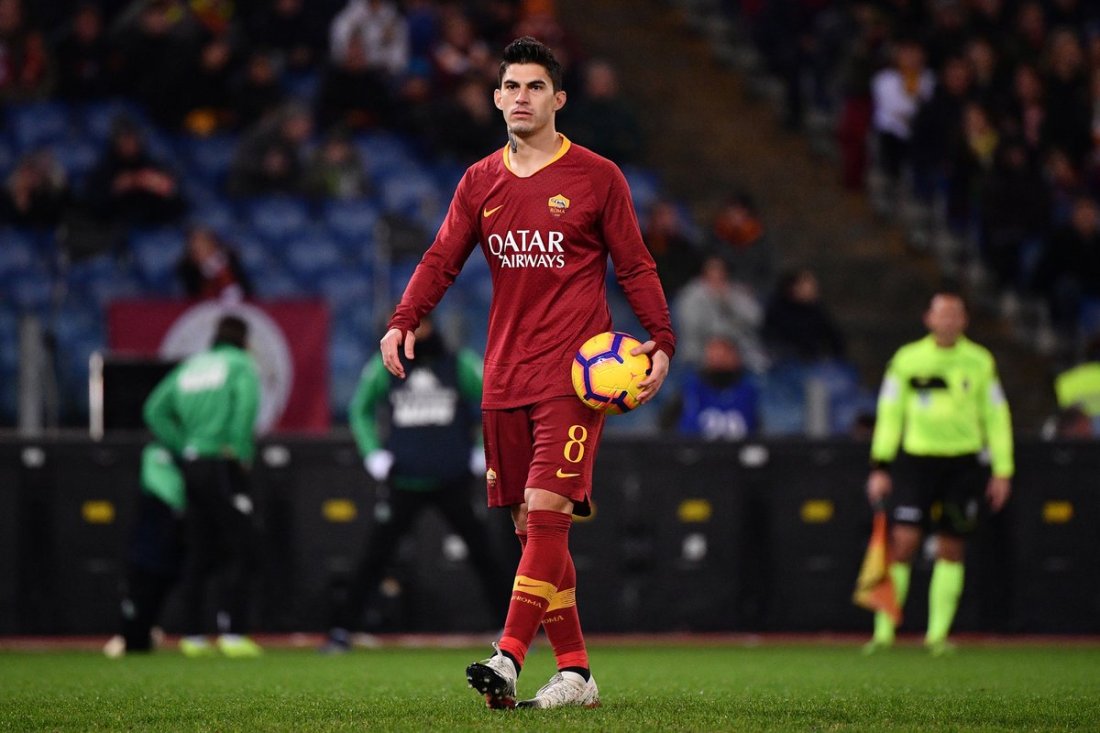 Seems like every week we’re talking about the same thing. Last year Roma’s downfall was the amount of times they hit the crossbar last season. It was far more than any other team significantly over 25 times last year. This year you could argue it has been consistency but I would say the biggest issue at least lately is injuries. Now I’m not suggesting had Roma been completely healthy the entire season that Roma would look any different in the table but despite that the injury problem only seems to get worse each week. Now Roma are getting  Lorenzo Pellegrini and Edin Dzeko back from injury. However the situation has gotten a little bit worse and Monday night’s match Diego Perotti was expected to start but had to pull out last minute after picking up a knock in the walkthrough. Which removes himself from the starting lineup as Justin kluivert started instead which worked out great for Roma but we need Diego Perotti healthy again he’s worked so hard to get back from injury it’s just a sad to see him having to deal with this again. In addition to that in the opening 10 minutes Roma second choice center back Juan Jesus had to be carted off with what looks like a bad knee injury. The Brazilian International typically is second choice  regardless of what position in the back he ends up playing. It’s an unsettling situation because the other options Roma have not used on a consistent basis. Ivan Marcano and Rick Karsdorp having played little time this season in a strange way this might keep them at the club for the rest of the season rather than leaving which was a possibility. It seems to get from bad to worse on the injury front with daniele de Rossi Stephan El Shaarawy and Steven nzonzi all still out with injuries. This seems like incredibly bad luck hope we hope the tide turns because a healthy Roma is a dangerous Roma. 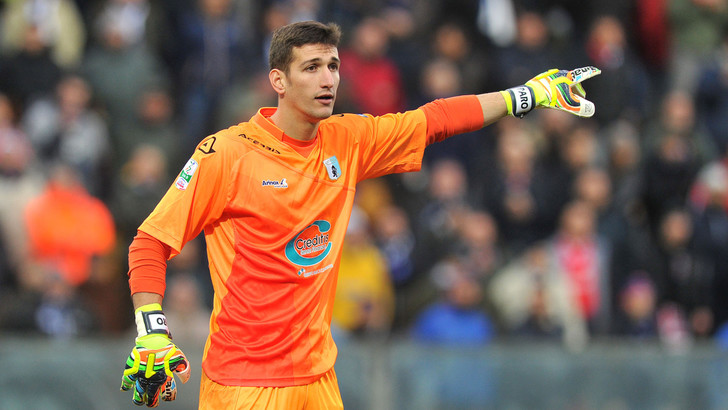 Andrea Paroni played a huge role not only in the match but in The Virtuous unlikely route to the round of 16. He was influential in that beating Genoa in a highly competitive match up and despite losing in convincing fashion to Roma he stuck out. It seemed he was making saves on a consistent basis. Quite honestly Roma could have scored about eight goals in this game. The reason they didn’t was the incredible performance of their goalkeeper. Andrea Paroni after that performance deserves an opportunity and a chance at a much better team. I’m not necessarily saying he deserves to go to the top of Italian flight but he deserves an upgrade. While I’ve only seen him a few times he was really impressive especially given the Firepower that Roma has in their attack. The difference in quality was so abundantly clear it truly was his team does not have the offensive star power that Roma has to their disposal. They were never going to win this game but Andrea Paroni performed the superbly at many times he had a cat like reflexes. Unfortunately Roma just had way too much for him to deal with but despite that I was really impressed in the way he performed. He’s been there as entire career and his role couldn’t be any more clear in their improbable run to the round of 16. They met a more talented foe but still should be proud on the journey they have had in this competition.

Roma can win it all

Roma have secured their place in the quarter-finals of the Coppa Italia with a good shot to bring it home. They will face Florentina in the quarterfinals a team that they are capable of beating. Roma are playing their absolute best football of the season and if they carry their momentum their confidence well ignite. They have a clear pathway to the semi-final eventually meeting Juventus seems inevitable they are likely going to be very difficult to avoid. All Roma really need to do is beat Florentina and are in the semi-final. Roma used to own this competition before this decade of Juventus dominance took place. Roma is a knockout stage team they may not have the quality or the ambition to put together a title run in the way but in knockout football they have thrived. Last season making all the way through semi-final despite losing the first leg and every stage of competition. I feel like this team is meant for a Deep Run. A semi-final against Juventus could happen but that does not rule out a possibility of Roma winning the Copa Italia. Semi-final the competition they play two legs one home and one away. This very much could go into their advantage. Juventus has one eye on Champions League and by the time the semi-final comes around it may not be viewed as the most important things. I believe Roma have all the ability to get past the Juggernaut when the time comes. However Atalanta is playing Juventus in the quarterfinals they are a team that almost beat them earlier this season and have all the capabilities to knock them out. That would make Roma’s job easier but either way it will be a challenge and a journey through the competition. Roma are able to get to the final they will win it  will be a home game the stadio olimpico is the location of the final regardless of who is in it. Roma know that this is the only competition that they can legitimately win they have not won a trophy since 2008 I think this Roma team given all the things that have gone the wrong  this season I believe this team will deliver and win the Coppa Italia it will be a hard Road but it’s one that Roma are capable of overcoming.

The Coppa Italia is a competition in which team have the ability to give the opportunity to players who are not playing regularly for the first team at least as a starter. Roma on Monday night started Rick Karsdorp who doesn’t regularly play even as a backup she currently is the third choice for Roma which has giving him a limited opportunities to play. In addition to that Ivan Marcano who I think has only played one other game this season also made an appearance as well as Javier Pastore who has played when he was healthy but the emergence of Lorenzo Pellegrini Justin Kluivert and Nicolo zaniolo has given him a limited amount of playing time this season since. The great thing about this competition is that have an opportunity to prove themselves. Rick karsdorp Ivan Marcano and Javier Pastore all made a significant impact in the match. This doesn’t necessarily mean that they’re going to be starting on a regular basis but I thought for the most part all three of them we’re able to show what they can do. Whether it’s been not being good enough or sidelined by injuries they performed to their best ability. It wasn’t completely positive there was negative criticisms of how they played but overall I think they performed quite well. Ivan Marcano and Javier Pastore both even scored in the match. An in a unlikely event Alisso Ricardi the Roma youngster from the youth team just 17 years of age got some run out in the last 10 minutes. In games like this you get to see players who typically don’t that’s what makes this competition special. I thought play performance well and at the end of the day that’s all you can ask for site for the teams and give everything.