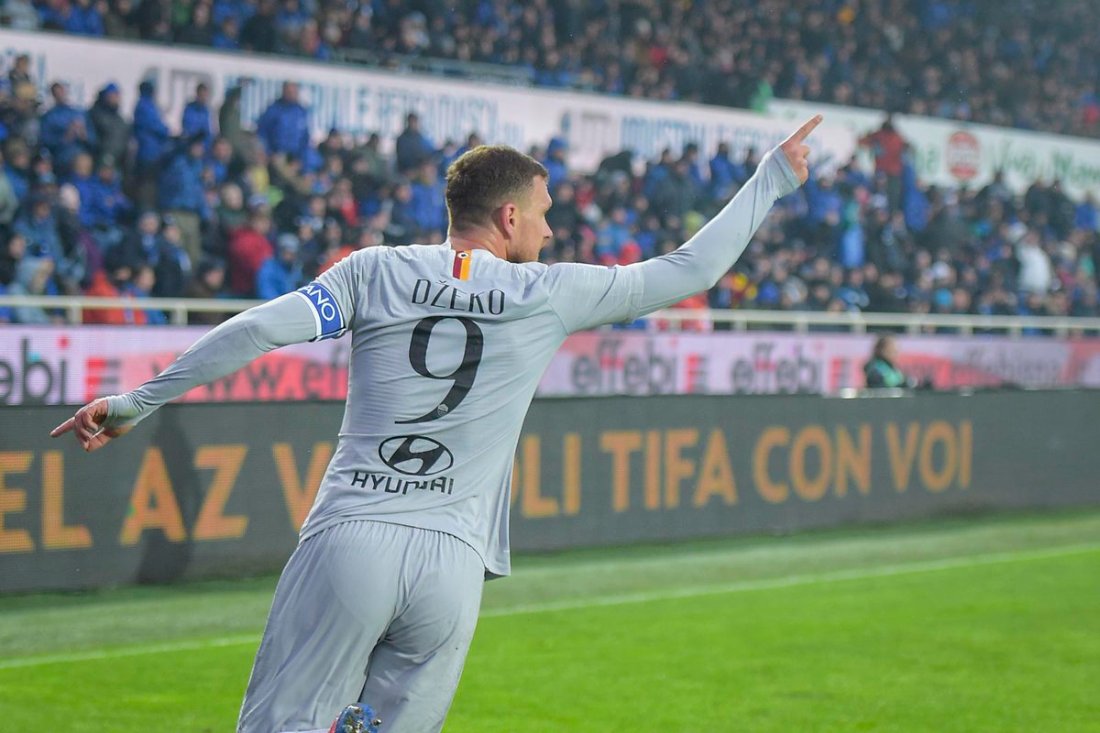 Although the game had a lot of negatives one of the positive was Edin Dzeko. Edin Dzeko had appeared to have regressed this season. After an incredibly hot start especially in the Champions League and his five goals he has significantly slowed down. Prior to this game he had not scored a single goal since October. Only two League goals this season that’s not necessarily his fault he has dealt with some injuries over the last month and we just now are starting to see him return to action. However yesterday’s first half performance was a breakthrough for the Bosnian Striker. From a statistical Sandpoint Edin Dzeko is one of the greatest Strikers Roma have ever had. In that first half he made some more history. After not scoring since October he scored twice in the opening half hour. He was incredibly efficient in front of goal his service was excellent but is clinical ability was superb. Edin Dzeko is such an important player for this team when he is on form and at his best there are very few players who can do what he does. He’s more than just a striker that scores goals he is a complete player in the number nine role. At player with great leadership passing ability and a high level of intelligence. He was one of the best performers this week’s. his ability to rebound after having not scored for quite some time shows that Roma have something. Their match itself may have been more about the collapse then anything else but throughout the match Edin Dzeko put in a captain’s performance especially in the first half. He captained Roma for only the second time and he displayed his quality with two excellent goals. With that he scored his 82nd goal in the Roma shirts as he currently moves him up to the 8th highest scorer in Club history. Roma performance last night was inexcusable but Edin Dzeko was as good as he’s been in months if he can maintain that and develop more consistency this will become a much stronger team. He is capable of a very strong second half of the season and after a two-goal performance it even more highlights his importance. The Bosnian certainly seems to be back. 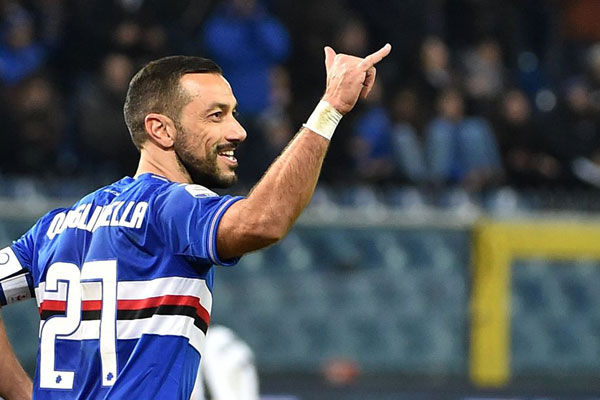 Fabio Quagliarella returns it to the list as he proves that age is just a number. He currently finds himself on top as the League’s top scorer with 16 goals. Quagliarella is 36 years old and is having an absolutely historically great season. That only continued this week in Sampdoria’s 4-0 win against Udinese. He has had better games this season but still managed to score twice in what was a historical performance. They weren’t crazy world class goals he converted on two penalties. Despite that he had an all-around strong performance and it was a big factor and their ability to dominate. Even more so he made Italian football history scoring for his in the 11th consecutive game. A record that put him level with Italian football legend Gabriel Bautista a truly a sensational player to have his record equal with his is an incredible achievement. He truly is not aging this season and is one of the best players this year. He definitely deserves a call up to the Italian national team after so many consistently great performances. He scoring in 11 games straight games is incredibly difficult to do and it’s not just penalties he’s scoring all kinds of goals and he is a major reason why Sampdoria find themselves in a European chase this season. he is one of the highest scoring players in the history of Italian football and he’s done it for so many different teams he’s only continue to display what an incredible Talent he is even at age 36. He seems he’s as good as ever been at least by the way he is playing. He has had a better season than Cristiano Ronaldo and Ronaldo’s been absolutely sensational. For him to put in a performance like this shows and displays that despite his age there’s no slowing down. How long will he be able to maintain it as a question for another day but he is a player I can see him playing into his forties. Another spectacular performance from one of the old guys.

Nicolo Zaniolo has not only been one of the best young talents in Italian football this season but one of the best players. Despite a second-half collapse in Roma’s 3-3 draw he was fundamentally sound and put in quite a dominating performance in the Midfield in Roma’s three goal first half. He seemingly pulled all the strings from Romans Midfield putting in a two assist performance. His vision and his passing frequency was just superb especially in the opening 45 minutes. He only continues and continues to grow into his role and has truly been a sensation. The 19 year old could turn out to be one of the best deals this season. As you know he came in the deal with Radja Nainggolan and since his switch to the Capitol he has thrived under DiFrancesco and his Roma team. He only continues and continues to display his Sensational ability to be able to deliver on the biggest stage and hostile environments. He was truly spectacular against Atalanta. A lot of the passes he would make him had some degree of difficulty. In Roma’s first goal his header allowed Roma Striker Edin Dzeko into a one-on-one situation. Without his impact there’s no way Roma would have had such a big lead in the beginning of the game. We surely should suspect that he will be back on this list again he was definitely one of the top performers this week and has been an absolute Superstar for Roma since he burst onto the scene a few months ago. He’s got speed very physical presents and intelligence level that is beyond his years. Roma couldn’t finish the job in the second half and secure the three points but Nicolo Zaniolo was special in the draw. He is going to be incredibly important as Roma continue to try to fight their way into the Champions League next season.

Donkey Of The Week: Roma 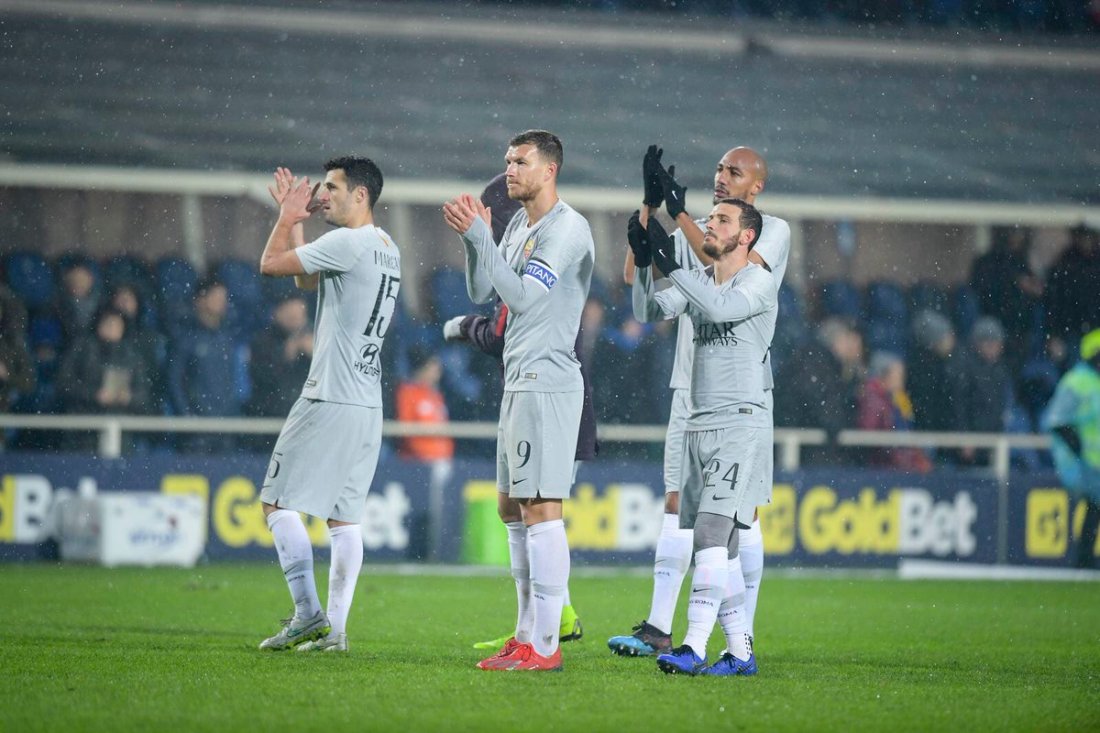 The donkey of the week this week goes to Roma even though they had a sensational first half they completely broke down and collapsed in the second half. Some of it had to do with poor judgments situationally. Roma we’re playing in a very difficult place to play against the most potent attack in Italy. In any League there’s never an excuse for a three-goal lead after 40 minutes to disappear. Roma didn’t even have a sniff in the second half they were completely bullied and ultimately dominated. Everything was going their way in the first half they were getting beaten in the possession battle but it took advantage of chances. In the second half they barely had any the Leaky defense was absolutely atrocious. Roma defensively must limit their mistakes it is unfair to Robin Olson who has done an exceptional job in goal this season. He is completely unwilling to get a clean sheet because of the breakdown and mental errors in the defense. Roma played that first half so well but in the second half it was a mental game and they were not up for it. You cannot throw away a lead that large in this league. They barely had a single chance in the second half they have earned the donkey of the week for this complete collapse. They allowed a historical come back after being up by three goals it is no excuses this was a completely inexcusable performance. Roma still can get champions league but they missed a massive opportunity in what was an utter disaster.