Cristiano Ronaldo once again proves that he is simply one of the best players in football history. Making yet another return to the list having been elected to my players of the week six times this season. The only other player that has been acknowledged this many times is on this list. Cristiano Ronaldo made history for Italian football this evening. The Portuguese International scored in his ninth consecutive away match which is a feat that has never been accomplished before. Juventus spread their wings even further putting themselves 11 points clear at the top of the table. Cristiano Ronaldo was responsible for all three of the goals scored in Juventus 3-0 wins away at Sassuolo. In the game’s opening goal Cristiano Ronaldo tired an extremely powerful shot from point-blank range the goalkeeper put his hands up and blocked it before Sami Khedira scored the rebound. If it was not for the power and the velocity of his strike they probably would not have scored that goal. Even though does not get credit for an assist on the play it was basically an assist given the situation. It was a very tough battle for a good part of the match. However, Cristiano Ronaldo came through to evidently kill the game off. After a beautiful corner kick coming from Pjanic Cristiano Ronaldo showed again why he is one of the best players in the world if not the best. He rose up on the corner using his size and Agility to put his head through the ball finding the back of the net to score his 18th goal in the League this season was currently puts them on the top of the league in terms of scoring. Then late in the game, after Pablo Dybala was recently brought on Juventus displayed beautiful unselfish football. A tiki taki style with short passing efficiency Juventus ripped through the Midfield. As the Dybala found Ronaldo who unselfishly make an extra pass Emre Can who scored Juventus’s third and final goal of the afternoon. When you look at Ronaldo’s performance at face value he essentially had one goal and two assists even though he’s only going to be credited for 1 assist. Cristiano Ronaldo has been one of the best players in the league this season as well as in Europe. He is making it a dog fight between him and Duvan Zapata for the player the season. Different Jersey different country same Ronaldo he has been absolutely Sensational and this week was another display of why I believe he is still the best player in the world coming off a collapse last week Cristiano Ronaldo delivers as Juventus respond. It is quite possible that Juventus will go the entire season undefeated if Ronaldo continues to play like this I would not be surprised if that happens. This week was just another display of what we already know.

I’m pretty sure people are getting tired of this but Duvan Zapata does it again for Atalanta. Atalanta was on the verge of receiving Donkey of the week as they were losing to SPAL in the second half. Atalanta are currently in a dogfight for Champions League against Roma Lazio AC Milan Inter Milan all teams are separated only by a few points. Given the importance of results, Duvan Zapata came to the rescue proving to be one of the best players in Europe this season. He had his footprints all over the results as they were on the verge of dropping points against a team that is far less talented. This was going to be the downfall of this squad would they be able to pick up the points against the inferior opposition. They were on the verge of dropping points here but Duvan Zapata would not allow that to happen. Down 1-0 in the second half, he orchestrated a scoring opportunity displaying incredible vision getting an assist on what was the equalizer scored by Illic. Then late in the match, he scored the winner to secure all three points for Atalanta. He has just been playing on another level this season. He is already scored more goals in the last month-and-a-half then he has ever in an entire season. He is on Cristiano Ronaldo’s tail in the Golden Boot race with 18 goals the difference is his 18 goals have come December or later. He is such a special player that has a really thrived in Atalanta under Gasparini who has a truly got the best out of him. Whether he can maintain this beyond this season is a question for another day but it’s quite simply this season Duvan Zapata is the truth. His physical size athleticism and speed make him a tremendously hard as to contain especially in counter-attacking situations. When he comes forward it is basically impossible to stop him. The only way you beat him is if he beats himself. Another unbelievable performance in a game that was absolutely necessary without his performances this season Atalanta are not anywhere near Champions League football. Yet another dominating performance only justifies his greatness. He is tied with Cristiano Ronaldo for the most appearances on my list by the end of the season it may be double digits that’s how dominant and impactful he has been.

Edin Dzeko is Roma’s most dangerous player when he’s on form. After missing some time to injury and having a relatively slow start to the season he is Catching Fire at exactly the right time. With Roma hosting Porto at the Stadio Olimpico on Tuesday the Bosnian Striker put in a performance that will give encouragement to Roma who is going to need a big result on Tuesday evening. He scored his 83rd and goal for Roma in Friday’s win reaching double-digits in goals on the season with five goals in the league and five in the Champions League. Last season Edin Dzeko was the truth in the Champions League scoring and every single knockout round that Roma went through. He has been one of the best players in the competition this season as well and will need more of that quality against Porto. Edin Dzeko started the season very slowly but he has started to pick up steam. Since he has come back from injury he has scored three goals in four games. He added to that Friday night shortly after Stephan El Shaarawy took the lead Edin Dzeko scored a beautiful goal from inside the Box at a tight angle with his weak foot. Edin Dzeko has Justified himself as a Roma Legend already and Roma are going to need more performances like we’ve seen the last few weeks in the Champions League. If he can perform like this the rest of the season this Roma team can be incredibly dangerous. He had a complete performance being responsible for 2 of the three goals Roma scored. Assisting Kolarov strike in the second half. A beautifully threaded pass allowing his teammate to strike from inside the box with great succession. His ball control was excellent the way he got his teammates involved and used his polarizing height and power to his advantage. Quite clearly one of the best performers this week. If he maintains this level of play he could reach 20 goals this season. He is going to be so important for Roma over the next few weeks and trying to inspire a Champions League to run yet again. After Friday night’s his performance and his importance to this team could not be more clear. Regardless of what the team looks like when Edin Dzeko is on form Roma are a problem.

DONKEY OF THE WEEK: Chievo Verona 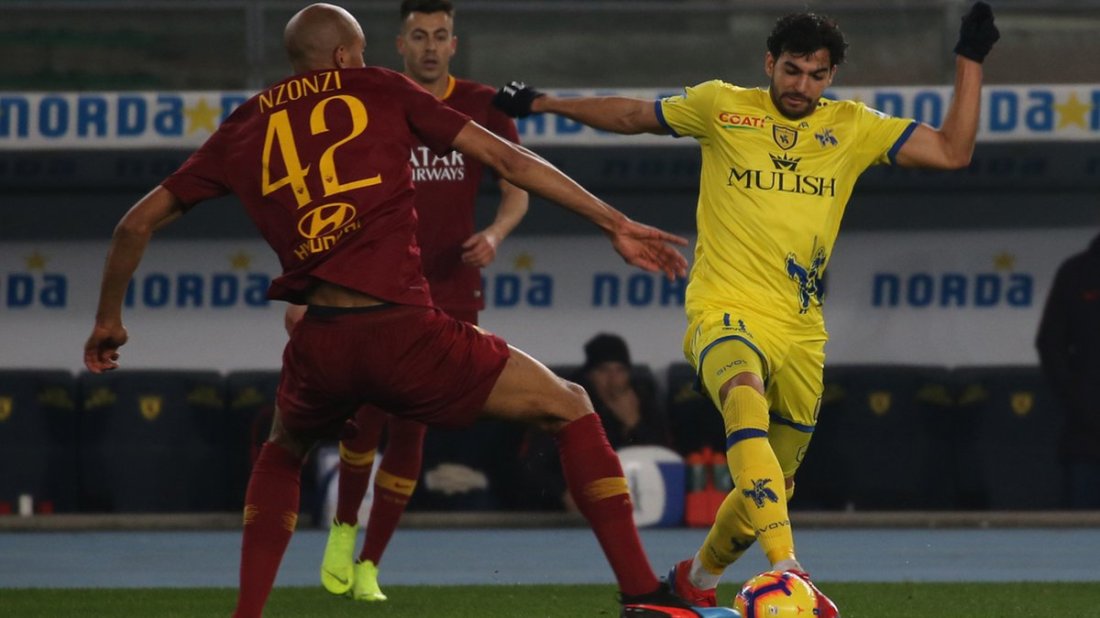 Chievo Verona after Friday night looks like there’s no possible routes to safety. They had a historically bad start to the season they started to pick up the ground a few weeks ago that suggested they had a small chance at survival. However after Friday night that does not seem plausible anymore. Last week they squandered a 2-0 lead against the team in 19th Place and Friday night they got crushed by Roma. I’m not going to kill them for losing to Roma and Juventus. After the last week it just seems inevitable that they’re going to be relegated. Chievo Verona does not play an attractive style of football but for a few weeks, it looked like it was working. It was just a brief moment minor success as it truly seems nothing can save them now. Unfortunately, they started the season with negative points and it took them a while just to get to zero. However, you can use that as an excuse but the facts are Chievo Verona only themselves to blame. When you get rid of your best players every season you’re going to get crushed by it. Some teams are capable of reloading like Atalanta. But Chievo Verona is not in that boat the last two seasons Roberto Inglesse kept them afloat and safe from relegation. All Chievo Verona needed is to sign him long-term instead they let him go to Parma where he has six goals this season. The may not be a huge margin but that is a good amount for a player in this league. They let him go and they threw everything away in terms of being able to build a successful team at least a good enough team not be relegated. With just nine points in the first 23 games including just one win, they have no chance at surviving they will be relegated and this will be confirmed sooner rather than later.