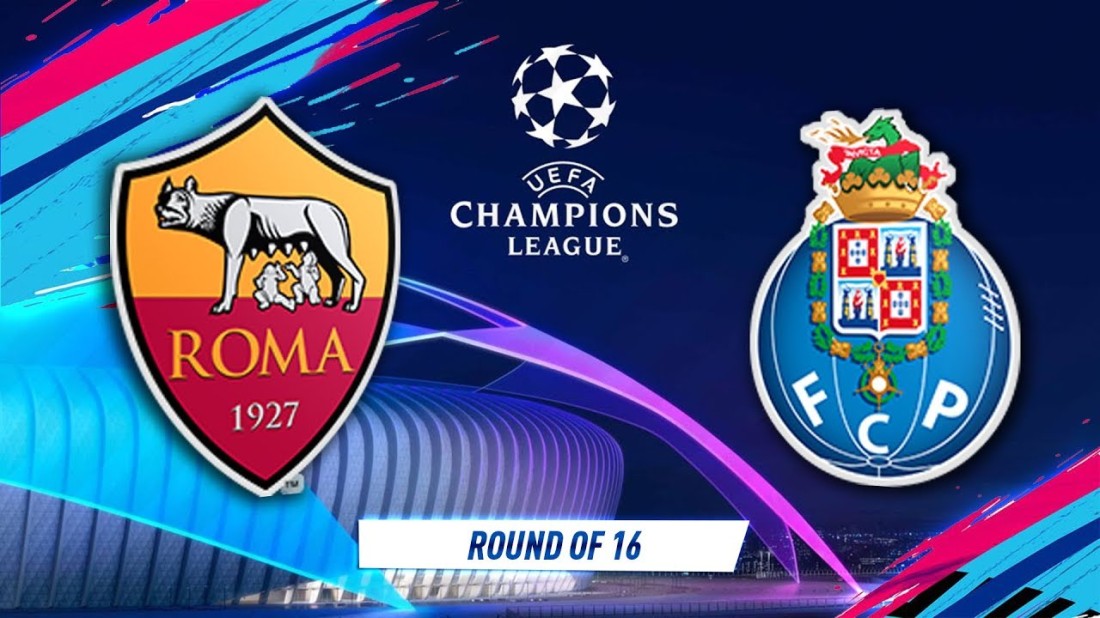 Ladies and gentlemen boys and girls welcome back champions league football. The biggest most competitive most passionate competitions in all sports resume until it’s the final hour. A competition Where Stars Are Born and defined by important moments. A competition heroes and villains a battle all the David and Goliath. The champions league is about those moments of world-class goals from every part of the pitch. Intensity passion late drama and we can’t forget about historic comebacks. No matter where you’re from no matter what you have done up to this point the next 180 minutes could determine the rest of your life. Whether you are defending champions or never reach this stage every moment of every game every dribble every shot every strike a competition of Champions. A competition in which it is a earned it is not a right. Every team has gotten this far I deserve their place. How far will it take them who will be the breakout star and what teams will be overlooked all the way to the final? This is Phase 1 of the Champions League round of 16. 180 minutes to determine the rest of time. The quarterfinals aren’t that far away are these moments that must be taken advantage of as the days and minutes and seconds awaits knockout football. As we kick off this round of 16 matchups in the capital of the world and the Heart of Rome ask the historic Stadio Olimpico. Possibly a match between the two most underestimated teams in the competition. Teams that met before on a fateful day two years ago what’s the possibility of Champions League football on the line. Could it be Revenge or continued proof of superiority. FC Porto the Portuguese champions and current league leaders. Battled through RB Leipzig as Monaco and Batista earning their spot and then much-desired Champions League knockout rounds. The team that knocked out the Romans 2 years ago has a chance to make the quarterfinals in what seems like an unlikely Mission at the beginning of this competition. Meanwhile the Champions League semi-final as Roma host the Portuguese champions on a Statesville Tuesday nights in Rome. A Team No One Believes them that is something that the Romans have always had. No matter what happens no matter who they lose Romans never die the team that overturned Barca in one of the biggest comebacks in champions league history. No Alison Becker no Rajan Nainggolan no Kevin Strootman but a team of the youngsters who are up for the challenge. Led by Europe’s breakout star Nicolo Zaniolo an experienced lethal edin Dzeko When the top scorers in the competition this season. Youngsters Lorenzo Pellegrini Justin Kluivert and Rick Karsdorp not to mention an experienced yet underrated Stephan El Shaarawy as this Roma team opens the doors to the Stadio Olimpico and I match for all the marbles. Historic second consecutive quarter finals at stake. Two teams one goal 180 minutes passionate exhilarating football night in Rome on Tuesday night and a nice in Porto in a week’s time to determine who will make the quarter-finals there can only be one.

The injury bug has hit some misfortune ahead of Roma Champions League match. Starting goalkeeper Robin Olsen and Roma forward Patrik Schick have been ruled out for the match it also doesn’t appear that Cengiz Under is expected to return in time for the match. With all that being said Roma must play their strongest possible team. Even though Roma played out of the 4-3-3 formation. I expect DiFrancesco to revert back to the 4-2-3-1 set up ahead of this important match. I think Roma should have a very similar defense but I would include Davie Santon and Alexandro Florenzi back into the starting defense for more reassurance in that area. Roma’s defense has been its downfall this season so Roma needs to put out their most effective lineup. With Lorenzo Pellegrini coming back I believe Daniele de Rossi to pair with the young Italian in Roma’s defensive Midfield to control the pace of the game. You have a young Talent with a very experienced leader which will give Roma multiple dimensions in the way they can approach this game. In Roma’s attacking Midfield you have to go with the highest quality. Zaniolo likely to control the center and I would have Stephan El Shaarawy and Justin Kluivert on the wings. Kluivert might be a relatively young player but he has an incredible speed that Roma can use to try to infiltrate the Porto defense. Then up front in Roma’s attack should be edin Dzeko. In these types of games, he is incredibly dangerous. No matter what the situation is he knows how to react and how to perform to his absolute best when his team needs him the most. He is my key player from Roma in this game and if they can give him service he will make Porto pay. He is in a good run of form and should feel great confidence coming into a game like this.

Porto’s will go into this game as big underdogs. They have drawn at back-to-back games in the league to not title contenders but we’re still able to win their champions league group. That is an incredibly difficult thing it to do but despite that, it was not a very difficult group, to begin with. They managed to get past a group that featured Schalke Galatasaray and Lokomotiv Moscow. They went undefeated in the group with 16 points of a possible 19. They will have an attacking mentality against Roma any away goal that they can get will be looked at as positive. I expect them to line up in a very attacking Style. With the defensive issues, Roma has that is the best way to exploit them. Porto’s attack may not be filled with superstars but there is one player, in particular, Roma needs to be very wary of and concerned about. Moussa Marega best player for Porto this season with 14 goals including five goals in six games in the Champions League this season. He is the guy that Porto need to feed if they give him service and he has space to operate he has a good chance of causing problems to the Roma defense. Even though it is the Portuguese league they are still top of the league even if it is by a small margin. They should not be underestimated because they can play and anything can happen at is this stage.

These two teams played each other with the champions league on the line two years ago when Porto beat Roma in a playoff-eliminating them from the competition. Roma does have the better team and has the home-field advantage for the first leg. Which could be a blessing and a curse Roma are going to have to try extremely hard to keep a clean sheet. With Roma’s defense being what it is that is the biggest point of this game for Roma from the attacking perspective they can match Porto in pretty much in any other area. Roma’s best approach is to control the pace of the game of through the Midfield and try to get on the attack as soon frequently as they can. The speed of El Shaarawy Justin Kluivert and the incredible passing intelligence of Zanilio and Lorenzo Pellegrini could create a nightmare. I see a scenario in which Roma win this game big but also can see a scenario in which this ends up being a tough game. Among the teams that Roma could have drawn at this stage, Porto was everybody’s preference. They are a good team but not a great team and I don’t think anyone should underestimate them in this competition but based on the teams from top to bottom Roma has the advantage almost everywhere. Edin Dzeko will be hugely important if he plays like the Edin Dzeko we saw last season during the Champions League Porto are in serious trouble. From their perspective, they need to try to get an away goal by exposing the defense and find a way to slow down the in-form Edin Dzeko. Roma has the opportunity to kill this tie if they play to their best. We need to see Roma at their absolute best and all that is going to surround around how the Midfield can dictate the Porto attack and if Edin Dzeko can do what he does in this competition. Roma at home is close to spotless Roma may concede but they will not lose the question is Will Roma get enough goals to where it becomes almost insurmountable to come back. However, Porto can take advantage by attacking the defense from multiple angles they may not have these stars that Roma has but they are players good enough to put them in the back of the neck and with Robin Olsen gone this is the one opportunity to kill them. Roma’s inconsistency has been well documented and if Porto catches them on the right day you never know what could happen. However I think Edin Dzeko is on his day and Roma gets a lead that’s big enough to take them to the finish line but the question will be, can they maintain it. This Roma team is built for knockout football. 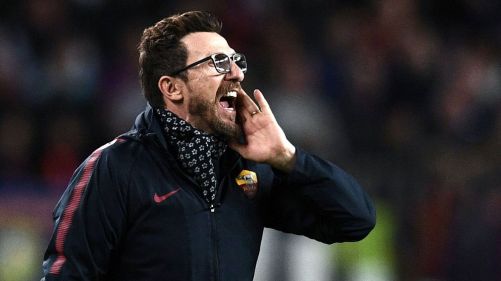 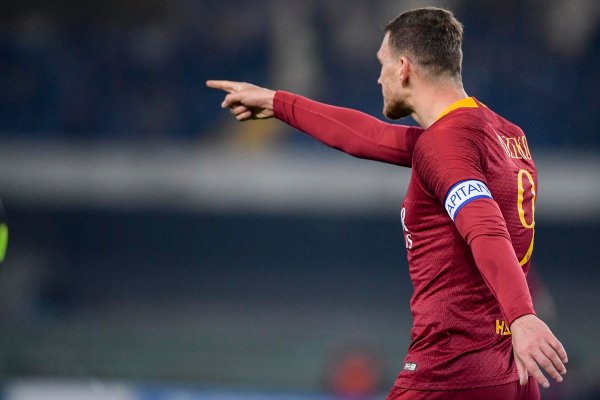