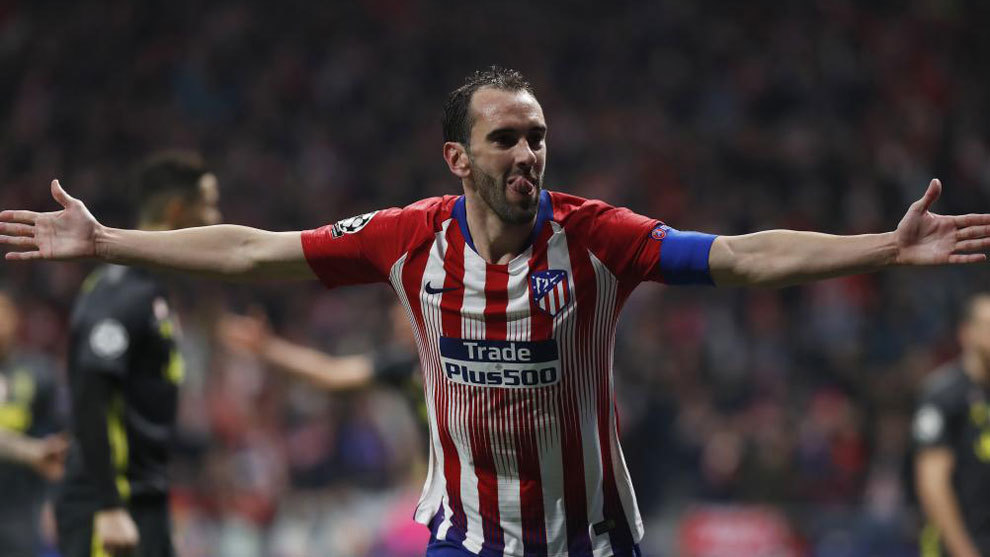 Diego Godin was absolutely superb in Atletico Madrid 2-0 upset against Champions League favorites Cristiano Ronaldo and Juventus. It was a game that should not have been that surprising but nonetheless, it was an unbelievable performance from Atletico Madrid. They protect the Wanda Metropolitano with an unbelievable defensive performance that proves to be the difference. Defensively Diego Godin was unbelievable still proving to be one of the best defenders in the world. On this occasion, it was more than just a defensive display he contributed a winning goal late in the match that will prove to be crucial. While Juventus is are capable of turning this around Diego Godin and Atletico Madrid have set themselves up nicely for a second leg. No away goals from Juventus because of this a goal at the Allianz stadium in Torino could be so valuable for this team. Atletico Madrid already has half a foot in the Champions League quarter-finals. Diego Godin was a big part of their success last night defensively was able to stop the likes of Cristiano Ronaldo and Pablo Dybala while on the other and converting an important goal on the other end. After missing out on The Knockout stage of the Champions League last season the Europa League holders look to go on another Deep Run in this campaign to make up for last year’s disappointment. This Atletico Madrid team is for Real they are capable of Going the Distance there are no limits on what they can achieve this season. Diego Godin inspired an influential and important performance that has Atletico Madrid on the Forefront of this cup tie with just 90 minutes away from another quarterfinal for Diego Simeone and Atletico Madrid

Late in the Man City vs Schalke match, it had looked like the German side was going to have an advantage going into the second leg. That was before Pep Guardiola brought in Leroy Sane for the final 12 minutes of the match. The Man City midfielder had a moment of Genius that these fans will not forget. With just five minutes remaining in the match, Man City was still trailing 2-1 with not much time to go. Leroy Sane came back to Germany to haunt his former Club. Has he hit an absolutely perfect free-kick to give Manchester City a second away goal putting themselves in a great position to make the quarterfinals once again? Then in stoppage-time, Raheem Sterling scored at the winner. However, make no mistake about it Leroy Sane’s free-kick gave Manchester City the momentum in the final moments of the game he was absolutely crucial to turning the game around. Manchester City must improve in the next leg they weren’t at their best at times during this match however with all that being said the Champions League is about moments and Leroy sane a took advantage of the moment and inspired his team to come back and win the match getting a three important away goals which will make it close to improbable for a comeback especially given the advantage that Manchester City have. This week Champions League football didn’t have a lot of Superstar performances but Leroy Sane delivered when his team needed it the most that is why he stuck out.

Javi Martinez was the standout star in Bayern Munich’s 0-0 draw against Liverpool at Anfield. Obviously, Bayern Munich would have liked to get an away goal in what turned out to be I particularly flat match, however. Bayern Munich to leave Anfield without conceding any goals. Anfield is one of the toughest places in Europe to play Liverpool pulverizes opponents there even though an away goal was not achieved it was a very solid result for Bayern Munich it what was a very disappointing one for Liverpool. A large part of their success was the performance of their defensive midfielder Javi Martinez. There was not a lot created in this match, in fact, it was a game at that lacks chances but he controlled that Midfield not allowing Liverpool’s potent attack to do what they typically have done in this competition. Mohamed Salah Sadio Mane and Robert Firmino all had abysmal performances as their Match ratings were all well under 7.0. The impact of having Martinez in the Midfield prevented Liverpool to do what they typically have done. Liverpool has one of the most dangerous attacks in all of Europe. Somehow someway Javi Martinez was able to neutralize them playing a very important role in Bayern Munich’s Midfield the Liverpool Trio was unable to do anything against its Bayern Munich defense at home. If there’s one thing you would expect from them is to take care of business in their own backyard. Javi Martinez shut them out in the defensive Midfield and also try to create some chances for Bayern Munich’s ultimately it there was not a lot of chances in this game but the fact that he was able to hold his line as the holding midfielder and shut down three of the most dangerous attackers in the Champions League was phenomenal. Martinez performance is a big reason why Liverpool was unable to have success at home against Bayern Munich.