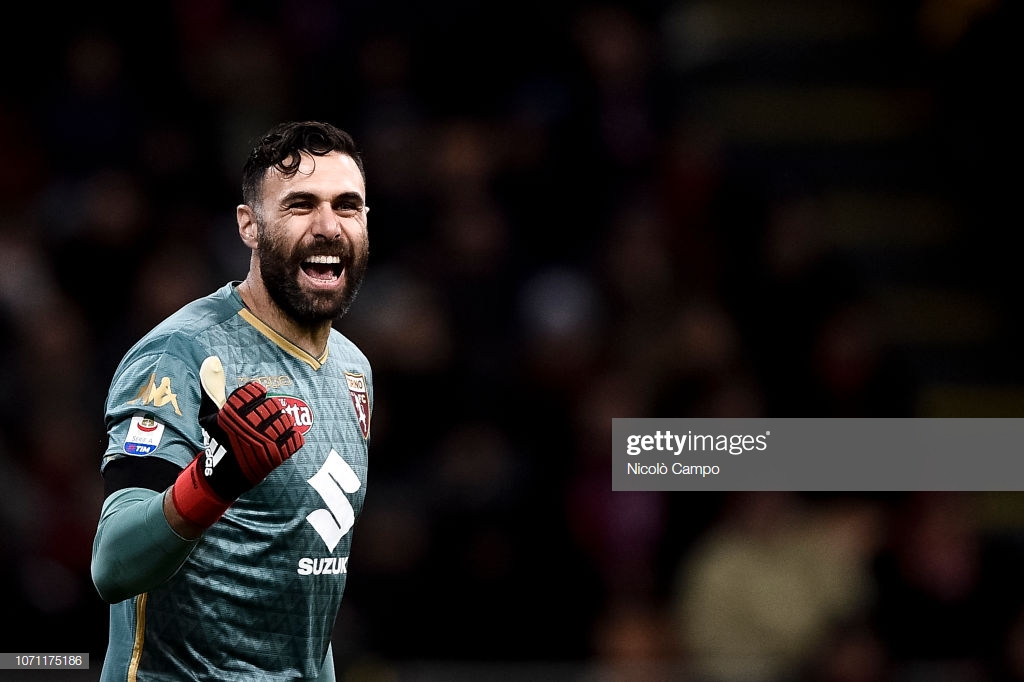 Salvatore Sirigu has been perhaps the best goalkeeper in Italian football this season. He has a Torino team on the brink of European football. This Torino team all of a sudden is a serious threat to anyone a team that is capable of beating anyone on their day. The most miraculous thing about their performance is their performance in goal and in their back line. This could be the best defense in Italy at least that is the way they’re playing right now. Torino has put together a historic run of form with six consecutive clean sheets. It’s not like they’re playing against Bad teams either Inter Milan and Napoli both could not find a way past this to Torino defense. It was another top class performance from Salvatore Sirigu. He has broken the record for the longest consecutive minutes without conceding a goal. He has gone 517 minutes without having to pick the ball out of his net. An absolutely astounding record he has proven to be the real deal. Countless times he has made crucial saves down the stretch that have been the difference between three points and 1 point. He is quietly having an unbelievable season and probably would get my vote for goalkeeper of the year that is how good he has been. He has pulled off 11 clean sheets this season which is one off the lead. He just continues and continues to perform for a Torino team that at times overachieved their expectations. With 41 points so far this season, they are on level with Lazio for 6th Place even though it may seem a little unlikely Champions League football is not impossible unlikely but not unimaginable. Torino will be playing in the Europa League at the very least this season based on how defensively they played and how their goalkeeper has performed he has earned a long-awaited spot on the top performers of the week. Even though it was against Chievo Verona he has consistently delivered in big games for Torino. A Torino team that seemingly lacks a superstar player Torino have been carried by their outstanding goalkeeper yet again coming through for his Club. He would be an incredibly unlikely winner of the Golden Gloves for most clean sheets in Italy he has done an astounding job as he quietly has been the best goalkeeper in Italy in evidence of that was on full display this weekend. 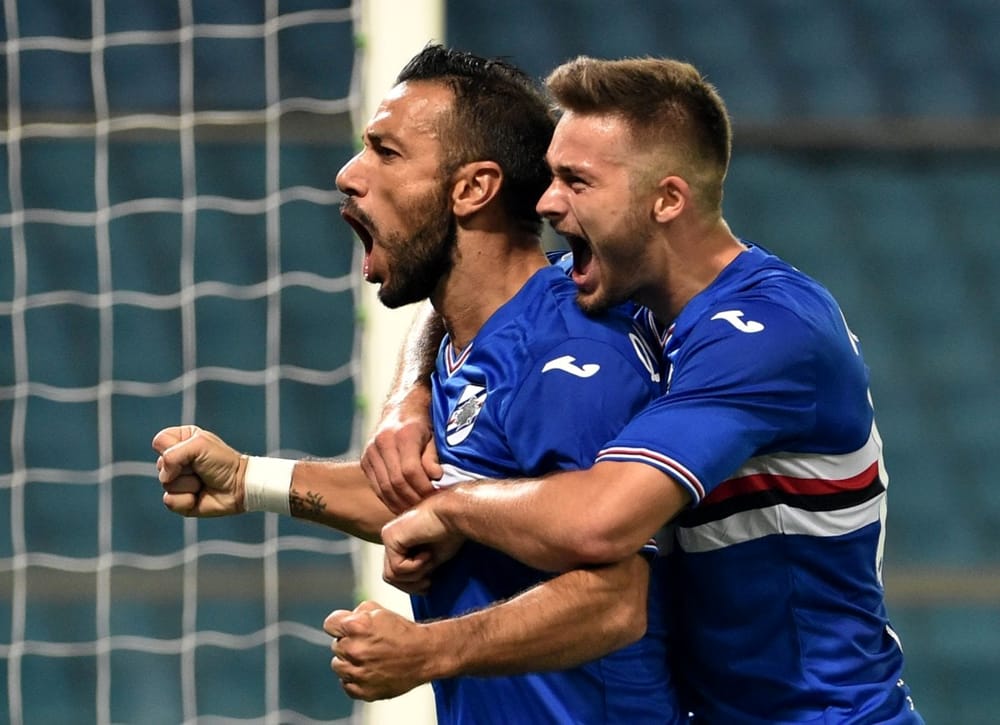 The old man continues to deliver Fabio Quagliarella is playing some of the best football it’s his career at 36 years old. He had an unbelievable display in his two-goal performance in Sampdoria’s 2-0 win against SPAL. He returns to this list yet again after another convincing performance. He continues to show his productivity despite his age. He is aging like a fine wine he is better at 36 then he was last year at 35. He continues to perform on a regular basis for a team that is looking to push Europe. He currently has 19 goals in League action which is equal with Cristiano Ronaldo for the most in Italy. He has been so consistent and scored his two goals in quick succession essentially guaranteeing the three points before the 20-minute mark. Another big performance from The Italian who has all the Justified the fact that still deserves the opportunity to play for the Italian national team. Maybe not as a starter but certainly as a guy who can be a leader for a young Italian Squad. He is reaching us some historic marks and is the engine of a Sampdoria team that always seems to have what it takes to push European football. He has been one of these very best strikers in Europe but because of the age and the team he plays for he can go unnoticed at times an absolutely Sensational performer on the highest level against the biggest teams. He has played in Italian football the majority of his career and he has one of the League’s top 50 scorers of all time. Every single season he seemed to deliver no matter what colors he’s wearing or what team he plays for he knows where the net is and finds it. This season he has found it on an almost regular basis. He has more goals than Edin Dzeko Marco Icardi Piatek and Ciro Immobile and you could even make an argument that he belongs in the team of the season that’s how effective he has been. His impact may be greater than any other player you take him off of Sampdoria they’re not even near the top half of the table another top class performance from one of the very best we have seen in Italian football key making easy work of SPAL he may be aging but he had been at his very best this is the fourth time he has been recognized as a top performer of the week and I only see if continuing to grow as the season progresses regardless of his age he has been one of the best players this season. 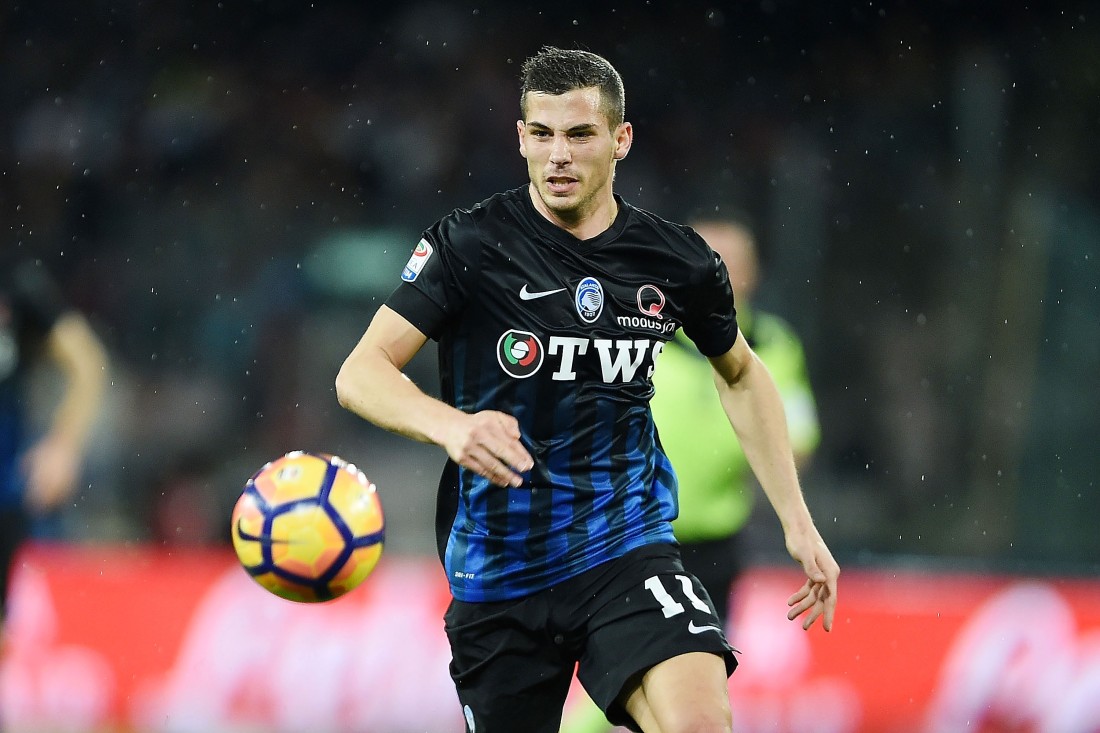 Atalanta and Florentina played for the second time in less than a week following an exciting 3-3 draw in the Copa Italia semi-final. The hype surrounding this match yet again it lived up to it, however, this match had a rather unlikely hero. Freuler is another player who’s been quietly having a sensational season in the Bergamo. Against Florentina, after falling behind very early he helped his side orchestrate a comeback largely behind his accuracy and pinpoint passing. It was a two-assist performance for the midfielder. He had his hands and feet all over this game as he played a large role in their ability to come back and pick up the three points that will prove to be incredibly crucial. Yet again Atalanta will be knocking on the door for European football this team deserves Europa League and needs important victories like this one. With an Atalanta’s Colombian Superstar Duvan Zapata being in a little bit of a goal drought. Freuler came through and delivered he made things very easy for his teammates setting them up in such a meticulous way with his incredibly skilled passing ability. He’s not going to blow you away with statistics but his impact on the game and how effective he has been on an almost regular basis this season has it been tremendous and deserve some recognition. Most people will look at this game and gravitate to Papu Gomez who did really well but he’s not the one who deserves the headlines. Freuler is the energy and the kingpin of that Midfield without him things don’t run as freely. He has been Sensational all season and he’s finally getting some recognition for the type of season he is having. This is the first time he has appeared on this list but he was without question one of the best performers over the weekend. His excellent poise physicality maturity and unbelievable passing allowed Atalanta to carve open Florentina. His impact completely opened up the game and allowed Atalanta to eventually take over the match he supplied excellent service and played a man-of-the-match performance he didn’t score the goals so he won’t get the headlines but he was absolutely in a league of his own this weekend. A sensational display for the midfielder who does a little bit of everything for this Atalanta side.

DONKEY OF THE WEEK: Inter Milan (6) 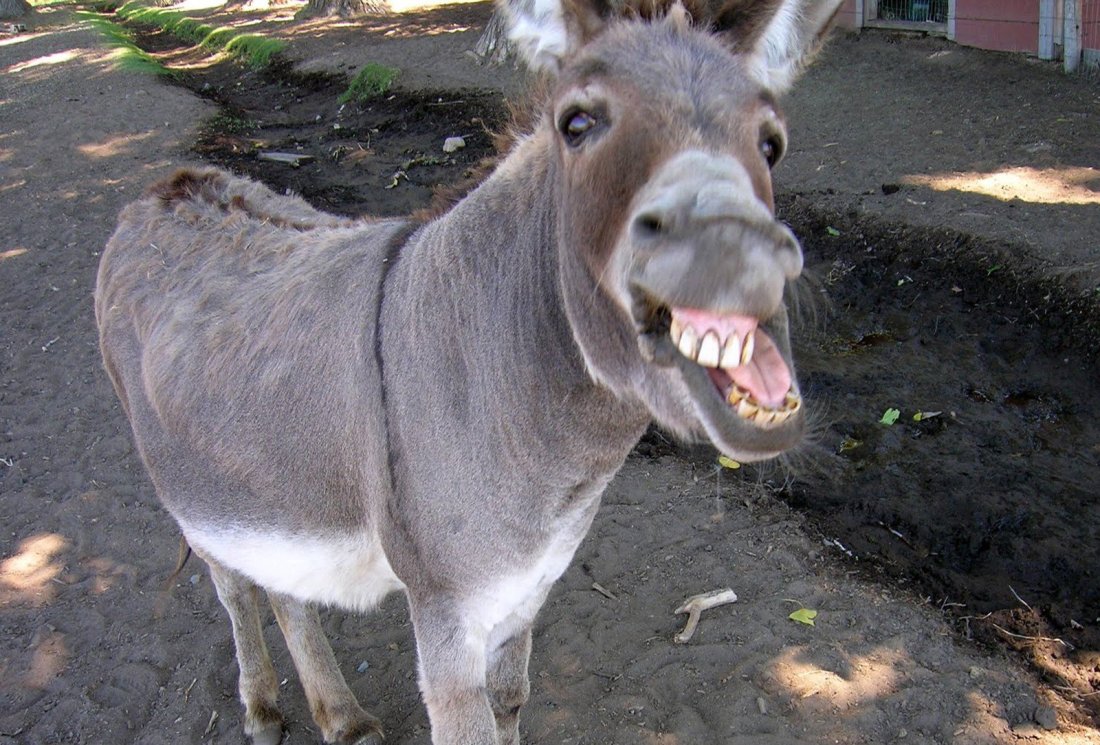 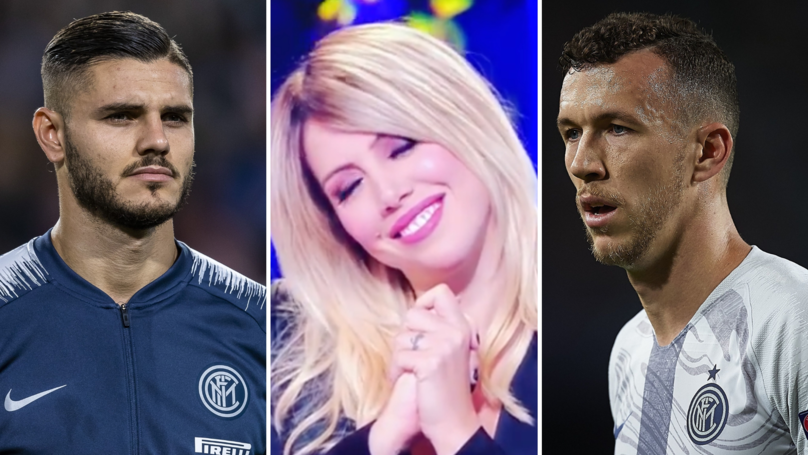 Without question, the donkey of the week goes to Inter Milan once again. About a month ago it had appeared that even though Milan was starting to find themselves it was completely out of the question that AC Milan could catch up to. Fast forward and here we are Inter Milan are now below AC Milan in the table. Milan was able to jump on the opportunity and they find themselves in third place for the first time since 2012 a large part of this is because of Inter Milan’s inability to adapt to controversial circumstances. I understand their point of view with Icardi and his wife and all the distraction is creating Inter Milan have not been the same team and got a very tough draw in the Europa League. However, even though I understand the situation it does not excuse them from losing their grip on 3rd place. In fact, had Roma beat Lazio in the derby Inter Milan would be in 5th. Even though they lost Roma still have a decent chance at surpassing them in the table. This entire club and the situation has been a complete mess and while there has been some positivity without Marco Icardi it is quite simply an issue that needs resolving. Even though Cagliari is a very strong team especially at home there’s no excuse for Inter to let that game slip away. Once Inter equalized they let Cagliari hit them back in the mouth almost immediately. They could not hold themselves in that environment to anything. They have dropped points in crucial situations far too often. The fact Inter Milan had such a big lead on Roma Lazio and Milan earlier in the season and now the gap has minimized it’s just a display of utter embarrassment. Too much controversy too much distractions but that do not excuse their poor play and their inability to hold leads over the last few weeks you can say what you want about this team but are it not a coincidence that they find themselves back here being the donkey of the week for the 6th time. They may still get Champions League football but given the expectations of this club going into the season, it has been an utter disaster.