Dušan Tadić displayed a near-perfect Champions League performance at the Santiago Bernabeu against Real Madrid. The Champs go out in an embarrassing fashion largely behind the Brilliance of Ajax midfielder Dušan Tadić without question the best performer in the Champions League this week. The Dutch Club we’re on the verge of elimination after losing the first leg of this matchup in Amsterdam 2-1 basically needing to beat Real Madrid in Spain. Honestly, it was a harsh loss after seeing a goal get wiped off the board. The consensus was it was going to be extraordinarily difficult to beat Real Madrid at the Santiago Bernabeu. This Real Madrid team has a really struggled since the departures of Zinedine Zidane and Cristiano Ronaldo. However, Real Madrid in Europe usually can get the job done and that is what we fully expected. However, Ajax had something up their sleeve as the absolutely pounded Real Madrid in a 4-1 Victory sending them to the quarterfinals. A large portion of their absolute Brilliance came from Dušan Tadić their creative midfielder. His passing and a dominating presence in the Midfield dictated the pace of the game and absolutely suffocated Real Madrid. He had an unbelievable dominating display he played with courage and intensity as Ajax played Real Madrid very aggressive at the Santiago Bernabeu. Dušan Tadić proved to be one of the best performers of the week with a goal and two assists performance in hostile territory in Madrid. He truly was something special on the night still essentially could do whatever he wanted. He is certainly proven to be a quality player in this competition. Since his departure from the Premier League, he’s become a much more efficient player and is really coming to his own in Amsterdam. Just another Champions League display that leaves us in awe. They absolutely pounded Real Madrid this Madrid team had won the last three Champions League titles and are the most historical team in Europe and the team from Amsterdam came into their house in front of their fans and embarrass them in front of the world. The courage they showed in the way they attacked Madrid flooded to their demise. Dušan Tadić was the orchestrator of the Madrid Massacre. Ajax is on their way to the quarterfinals and based on the way they performed this is not a team I’d want to play.

Another keeper has been thrown into the conversation among the world’s best after unbelievable Champions League display. Tottenham played Dortmund in the second leg of the round of 16 a match in which they didn’t need to do much. However, given the history of the club, we have seen them choke when it matters most. Even so, there was not much really required other than avoiding a collapse. However, it was all that being said Hugo Lloris showed exactly why he should be in the conversation for one of the best goalkeepers in the world. Currently, among the world, Alisson Becker and Jan Oblak are the two names they are attached to that conversation. Hugo Lloris might have just moved into the debate after a thrilling Champions League display. Playing at Dortmund is as difficult as playing anywhere Extremely Loud and playing there is like being surrounded by a swarm of bees so much yellow. Dortmund’s even though they had the odds stacked against them were up for the challenge given the assaults they delivered at the Spurs goal. Spurs didn’t create much while Dortmund’s was on all-out Attack Mode. Despite all of that they still ended up with nothing. If another goalkeeper was in the goal I’m sure it would have looked a lot differently. He looked absolutely unbelievable almost like a superhero in which the way he was just deflecting these shots. Against Top Class competition despite the fact that they crush them during the first leg this team has the world-class players Marco Reus Jadon Sancho Christian Pulisic and many others. They had all the Firepower and more to try to crawl their way back into the game. However, Hugo Lloris wasn’t having it he saved everything in his direction and some of those moments caused your jaw to drop those are the type of saves he had in his locker on that particular night. Spurs ended up winning the game 1-0 as they head to the quarterfinals but Hugo Lloris is the story of the night with a world-class goalkeeping display. It was a marvelous piece he painted in German without out question one of the top 3 goalkeepers in the world after that performance it is abundantly clear. 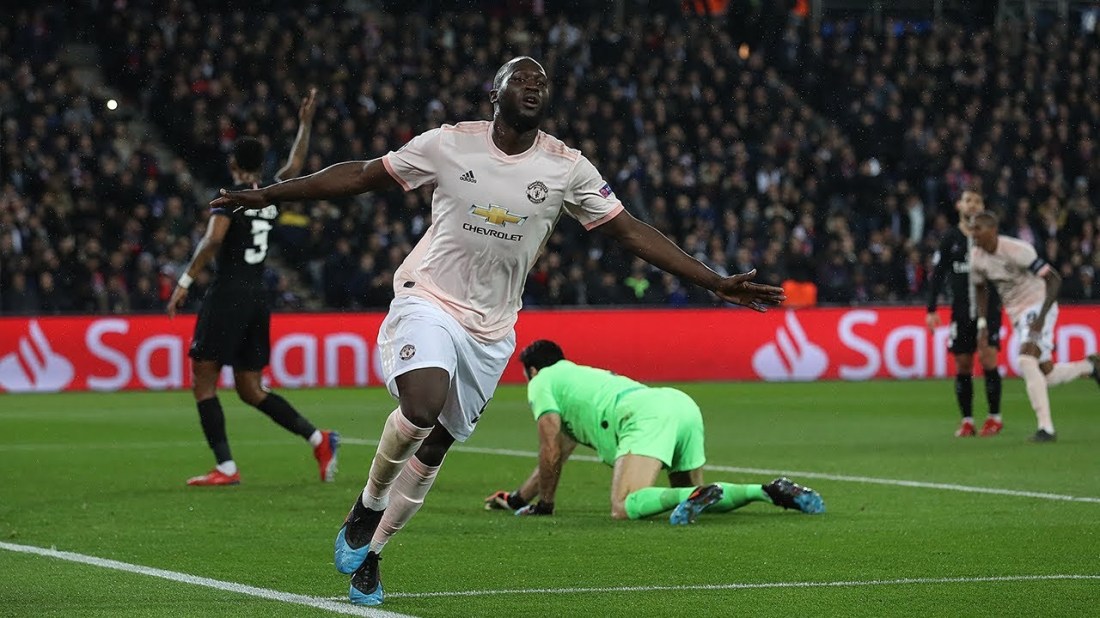 Manchester United pulled off a historical comeback against Rich and money fueled Paris Saint-Germain. Manchester United had their backs against the wall after PSG secured two away goals at Old Trafford. This game should have been done and dusted dead and buried. I must say they did benefit from a later VAR call at the end of the match. I must admit I have never been a huge admirer of Romelu Lukaku a quality Striker but I also know he has several flaws and lacks with some consistency. Despite that in Paris Romelu Lukaku had one of his shining moments. The controversy at the end of the match will steal the headlines but I thought his display from the striker position was sensational. It was a two-goal performance for the Belgium Striker. I think it’s hard for him ever to live up to the ridiculous 70 million that was paid for him but a Champions League display like the one we saw this week justifies a little bit that it wasn’t a total waste of money. Lukaku looked strong on the ball a finishing touch with near perfection after having struggled with clinical finishing a large part of his career. PSG had everything going for them they may have been without Neymar and Cavani which helps more than a little. Despite that, a Man United team that should have been dead in the water fought back in a historic comeback that finds Manchester United in the quarter-finals after a controversial penalty decision at the very end of the match. Rashford scored the penalty but the man-of-the-match performance was from Romelu Lukaku scored the two goals and had a complete Strikers performance in terms of creating chances. I was very impressed in the manner in which he performed I have been very critical of him and I think he’s has been very disappointing season but when it mattered the most he came through for his team and he’s a large reason why Manchester United find themselves in a quarter-final that they may not have been in without his impact.