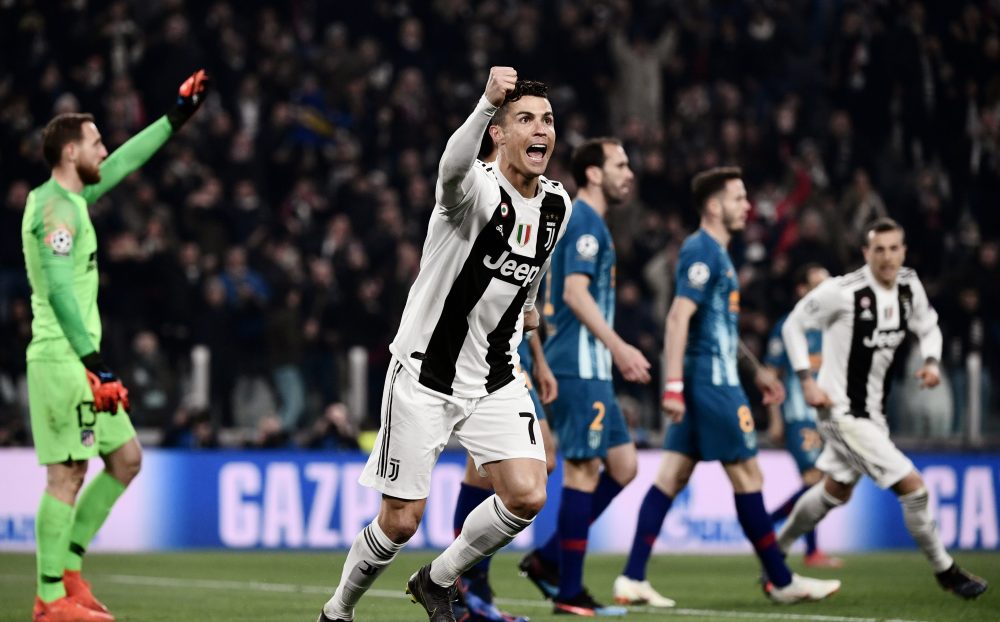 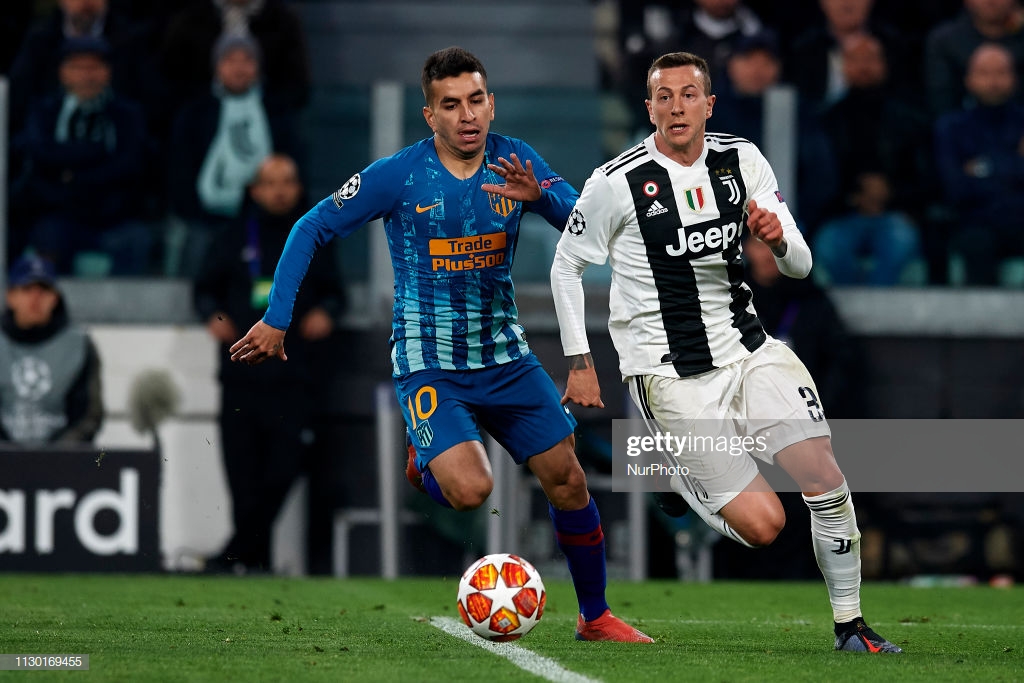 Cristiano Ronaldo steals the headlines in Juventus coming back from two goals down to beat Athletico Madrid in the second leg. He deserves all the credit in the world for his performance as I mentioned justifying his price tag. However, despite his hat-trick, he was not the defining factor in the match it came from a very unlikely source. Max Allegri started Federico Bernardeschi instead of Pablo Dybala quite honestly was the move that changed the outcome of this game. Normally I would be calling max Allegri out for the lack of game time given to Pablo Dybala but on this occasion, he got it spot-on. Federico Bernardeschi has been somewhat of a non-factor since its arrival from Florentina. He hasn’t been bad but he has not yet lived up to the hype on Tuesday night he certainly did. The tabloids and the headlines are going to talk about Cristiano Ronaldo but he was not the driving force that orchestrated to come back. Max Allegri changed his formation as he started off in Juve’s front three in an attacking position. The young midfielder did everything he was the orchestrator of the Midfield and impacted defensively. He caused an orchestrated passing lanes for Juventus to get on the attack as much as possible. Even on occasion, he dropped back allowing Cancelo to go forward as he helped control the Midfield and dictate the pace of the game. Cristiano Ronaldo had an outstanding day but without a Federico Bernardeschi, the Comeback probably wouldn’t have happened. I am not necessarily saying there should be an overreaction but he proved his worth. He allowed his teammates to go forward to play very intelligent and smart football. His work rate was absolutely incredible he never gave up throughout the entire match he gave slick and intelligent pinpoint passing to teammates allowing Juventus to come out of an attacking set up as frequently as possible. It wasn’t just his ability to free up the attack but it’s what he did defensively. There were times in the match where he dropped back in a defensive midfielder role to dictate the pace of a game both defensively and in the attacking sense as well. Alvaro Morata and Antoine Griezmann had a field day in the first leg this time Bernardeschi didn’t allow them to do anything in the second leg. In fact, Atletico Madrid had very little offensive pressure at all because of Federico bernardeschi’s impact. He completely shut out Athletico Madrid’s most dangerous players. Leaving them frustrated and couldn’t get a rhythm Federico Bernardeschi disrupted the Rhythm causing Athletico Madrid to feel high tempered. He played in attacking positions and because of his decision to drop back and allowed the defense to trap the Atletico Madrid’s attack he was absolutely Sensational. An unreal performance of the world-class variety. He pulled the strings and brought the energy that evidently unlocked Cristiano Ronaldo and caused Juventus to pull off a historic comeback. He will not get the credit he deserves Cristiano Ronaldo was great but the most valuable player for Juventus on Tuesday nights wasn’t number 7 it was underrated Federico Bernardeschi he is a huge part of why Juventus find themselves in the quarterfinals had he not played the results could have been different.

After Barcelona had a scoreless draw with Olympique Lyon in the first leg of the round of 16 matchups in France Barcelona needed a rezoning response and they got it from the world’s best player. Messi had an utterly dominating performance in Barcelona’s 5-1 win at the Camp Nou in Barcelona. After his unbelievable display there’s no question that he is the best player in football. While Cristiano Ronaldo had an amazing comeback with Juventus Messi responded with an unbelievable display on his own. This is a game where Messi needed to be all-time great this cup tie was very much in balance prior to the second leg. Olympique Lyon played Barcelona really tough in France and although it is always a challenge to beat Barcelona a top quality performance was required. It was the best game Leo Messi has played in the Champions League this season. Putting together yet another world-class performance when his team needed it the most. When things aren’t going well or Barcelona is struggling as he put the team on his back and is able to do some incredible things. This was just too easy for Barcelona attacked without any difficulty and a large parts a why the game came so easy to them was Leo Messi. How he dictated the passing lanes an orchestrated offense using his ball control while looking for the pass quite consistently he created a masterpiece from the Midfield and it carried throughout the entire match he created a masterpiece from the Midfield. A two goal and two assists performance for Messi he was responsible for four of the five goals scored. It was one of those games where Leo Messi just took over and dominated the Run of play. Had Leo Messi not played this game and may not have been as lopsided as it was he put his teammates in position to be successful and score goals. I’ve been saying this from the very beginning this is the team that’s going to win the Champions League. Leo Messi play such a role within this team of creating magic and opportunities for teammates. They are a deep team with a lot of talent incredibly defensive performances and talented on the offensive end outside of Leo Messi with the likes of Philippe Coutinho Dembele and many others Messi is the quarterback of this offense everything runs through him he is the best player in the world and that was fairly obvious with his performance on Wednesday night. Even at his age there still is no signs of slowing down he has 36 goals in 36 games this season Plus over 20 assists in all competitions. The role he can play with his unselfishness Within The Midfield he can facilitate opportunities for his teammates these guys are going to be so hard to be beaten over two legs. This team probably wouldn’t have a blown there lead against Roma last year that’s how well they’re playing they’re going to Coast to another league title and they have an absolutely marvelous chance At yet another trouble they have already made the final of the Copa del Rey they will win the league title and for me they are heavy favorites in the champions. It’s going to be really tough with the likes of Manchester City Liverpool Juventus all in play but based on what we’ve seen from Leo Messi over the last few games it seems it’s going to be really difficult because they have other players who can come and rise to the occasion when it’s required. this was a tough start of them but this experience is going to help them later in this competition they wasted no time getting after it right away this game was over in the first half-hour that’s how dominant he was. Leo Messi was nothing short of world-class against Lyon and that is only going to continue as this Champions League season progresses. He was in a planet in a galaxy all by himself much like Ronaldo he lives for the big stage and big moments. This team is going to go as far as Leo Messi takes them and I believe he’s taking them to the trophy a brilliant champions league display made the claim evens stronger.