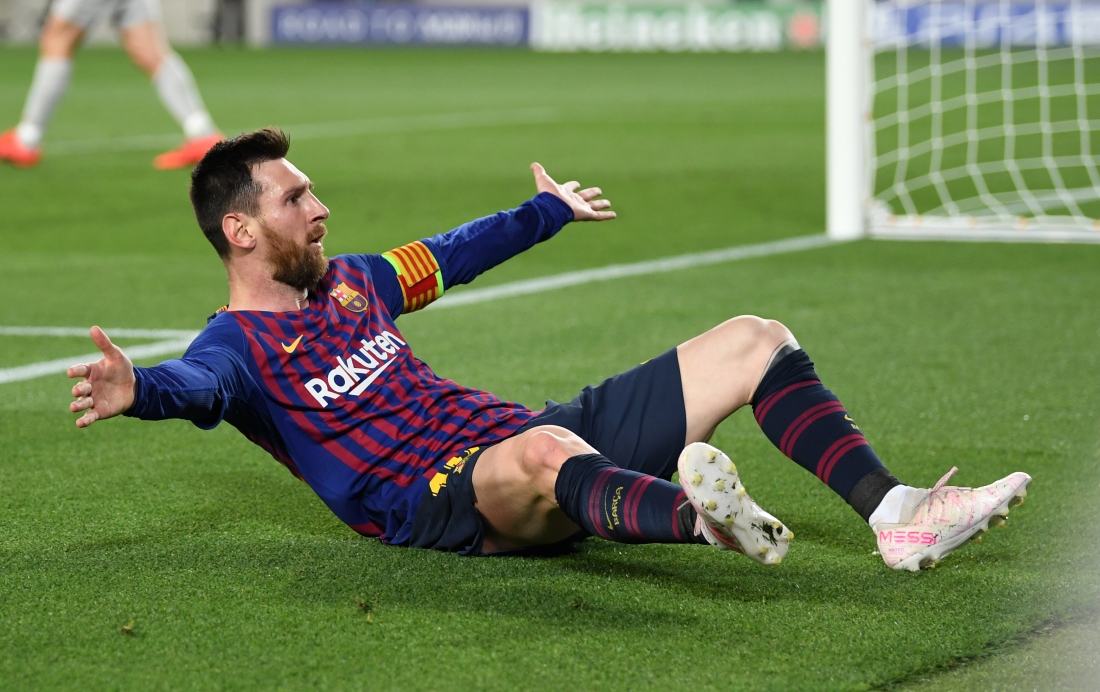 Leo Messi once again proved on the biggest stage that he is the greatest footballer to ever grace the pitch. Barcelona has not been to this stage to the Champions League semi-finals in several years that only continued to feed the stigma against Barcelona and Messi. As I had mentioned a few weeks ago it had been years since Leo Messi has scored past the round of 16 in the Champions League. All semi-finals have a huge level of magnitude but this pressure on that stage was so much escalated then anything else we have seen this season. Going up against Liverpool even though it was at home in Barcelona they were an absolute danger. Liverpool is so dangerous both defensively and the attack not to mention they have one of the best goalkeepers in the world. This Liverpool team is as explosive as anyone in Europe. Liverpool was dangerous but Leo Messi had his moments and when Leo Messi has his moments you have no chance. It took the best player in the world a little to grow into the game. As the game progressed you saw him getting a little more involved. Pinpoint passing extravagant dribbling skills and just a display of football intelligence. He played a big role in the build-up in what was a beautiful opening goal by Luis Suarez. In the second half, Liverpool looked incredibly dangerous and we’re really starting to gain momentum in the game. Leo Messi showed us all why he is the best player in the world Liverpool had all the momentum it had looked like they’re going to get an away goal the pressure the intensity forced Barcelona to play incredibly defensive with the amount of pressure Liverpool was providing. However, it just takes one Leo Messi moment to end everything for Liverpool. Lionel Messi had some incredible piece of skill before putting a perfect pass at the feet of Luis Suarez. Suarez, unfortunately, hit the bar but the unbelievable intelligence of Leo Messi got himself into position regardless as he walks the ball into the back of the net that gave Barcelona the 2-0 lead. Which was going to be a massive deal going into the second game. Unfortunately for Liverpool Messi had something else in store as Jaws at the Camp Nou were about to drop in what I can only describe as art. Barcelona was given a freekick at the very end of the match again the world’s most dangerous free-kick specialist did what we have seen him do so many times. Messi’s hit an unbelievable curler around the wall into the top corner outside of the fingertips of Allison as Barcelona indefinitely killed off any hope for Liverpool. A piece of skill that cannot come from a human source truly an alien in what was an outrageous free-kick. As Messi scores his at 600th Club goal of his career an astounding number for what I can only describe as a machine. 48 goals in all competitions at 31 years old just outrageous. He has been the Champions League best player all season long and this was just another display of absolute Magic. On the biggest stage against an incredible team, Messi delivered the knockout punch game over. There’s always a chance at a comeback but with no away goals Leo Messi effectually ruins any hopes of a comeback. For the longest time, I had considered Johan Cruyff as the greatest footballer of all time I always said there will be a moment where Leo Messi surpasses him we have a reached that moment. Leo Messi is without question the greatest footballer in history and he has reached such a level that he will never be surpassed in this week in the Champions League Messi quite simply was just magic. 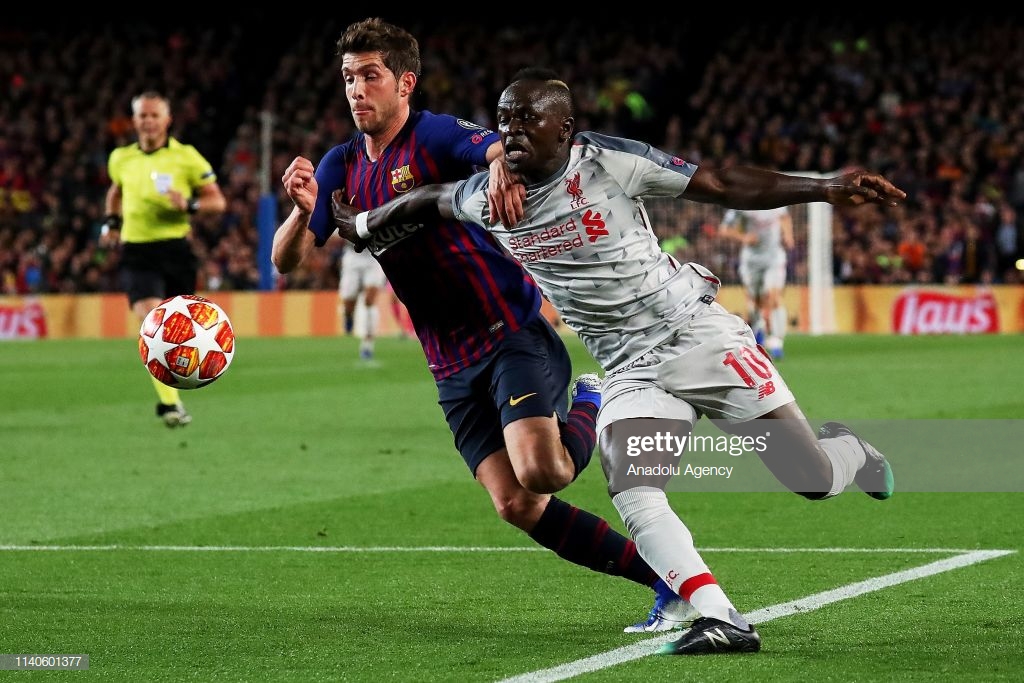 Messi certainly stole all the headlines from the Liverpool Barcelona semi-final but there was another star that had a tremendous game and played a big role in the Liverpool failure to score. Sergi Roberto was the unsung hero in the Champions League semi-finals at the Camp Nou. Barcelona has set themselves up really nicely with a 3-0 win over Liverpool. Leo Messi was instrumental and magical on the night but what you may not realize is Sergi Roberto at times single-handedly frustrated a very dangerous Liverpool attack. Liverpool grew into the game in the second half and for much of it had control but in the first half, they were awful. They constantly and continuously were losing possession and being forced into inaccurate passes. Even though there are moments in which they look dangerous in the first half there’s nothing they did that really threatened Barcelona’s lead. A large reason why was Sergi Roberto the defensive midfielder did absolutely everything to make Liverpool as uncomfortable as humanly possible. He was a big help defensively and in the attacking sense in the first half. Barcelona had complete control and he was an major part of their ability to move the ball so easily. That’s not to mention the fact that defensively he made things really difficult on Liverpool’s front three. He was very physical at times and also played intelligence football allowing Liverpool to play into his hands a very underrated performance probably one that was unnoticeable. In fact, that is part of his charm Sergi Roberto worked incredibly hard and is one of the most intelligent footballers on this level. He didn’t have flashy moments but he worked incredibly hard in terms of orchestrating the ball movement between teammates as well as making defensive stops. In the second half Liverpool pressured Barcelona on a constant basis Sergi Roberto played incredible defense stayed in front of his man that did not allow the Liverpool Stars to make him uncomfortable it really was a complete performance. In the biggest moment of the game a game in which Liverpool almost got an away goal after Mohamed Salah hit the post he made a goal-line save as he prevented an away goal for Liverpool. A gritty and efficient performance from Barcelona Sergi Roberto. If he can repeat his performance in the second leg any slim chance of Liverpool coming back will die. 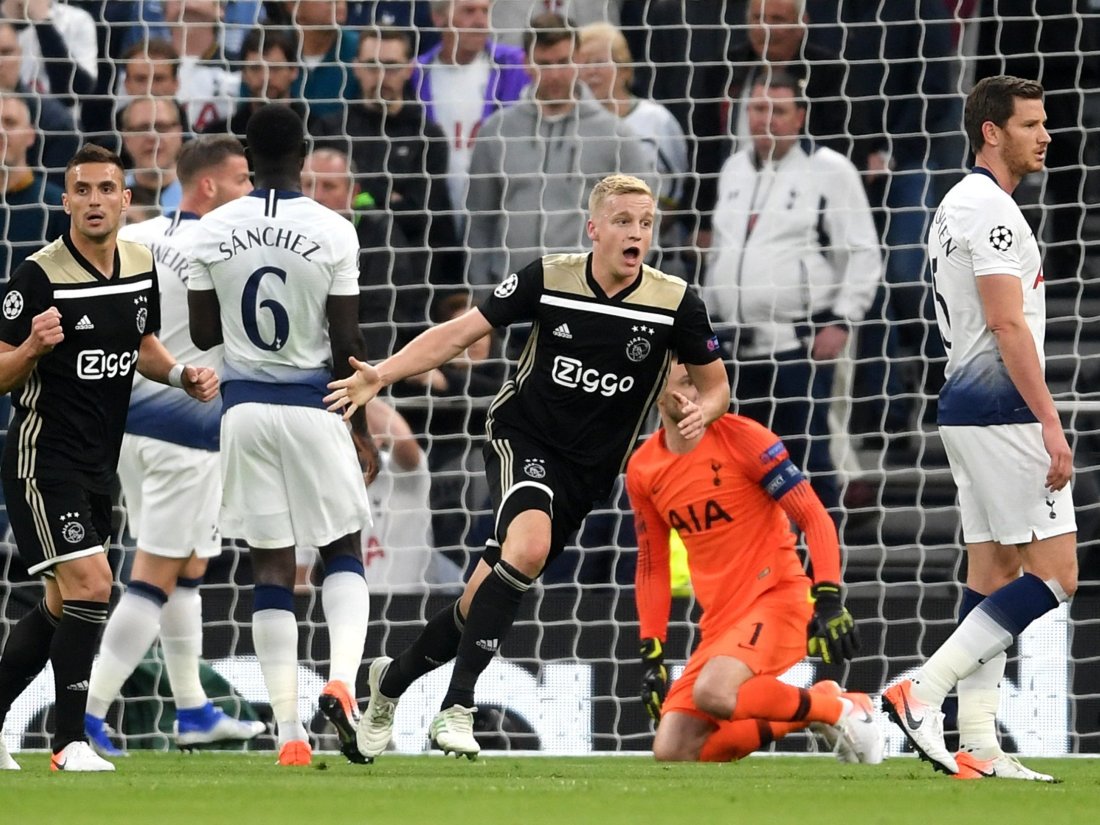 The Ajax Underdog Story only continued in the Champions League semi-finals as the most underrated under-appreciated side in this year’s Champions League proves and justifies the fact that you don’t need to spend big money to make it far in this competition. Ajax is 45 minutes away from Champions League final. As we have discussed on many occasions this squad will be raided by Europe but nonetheless, this has been absolutely incredible this team plays without fear. Ajax beat Tottenham at the new White Hart Lane in what was an infectious atmosphere getting a very crucial away goal. Ajax collectively played as a complete team they’re short passing tactics cut through Spurs on an almost regular basis. The goal scorer was Donny Van De Beek who has been one of their best players in the Champions League this season. He got himself in position created opportunities for teammates and was a complete Difference Maker in the match. It was a unified and Collective performance from the entire team. Donny Van De Beek proved to be a big-time player. He scored at the new White Hart Lane to give Ajax the advantage and he also scored against Juventus in the quarterfinals at the Allianz Stadium and was tenacious against Real Madrid at the Santiago Bernabeu. In every important Champions League game, they have played this season he has been one of the most defining factors of the match. This week in the Champions League it was no difference he found his moment executed. As well as providing a physical presence with impressive passing ability. Even though it is only one game the way Donny Van Beek and this Ajax team communicates and executes in big moments tells me that this semi-final might already be cooked. Ajax is on the verge of the first final since the legendary Johan Cruyff this Academy has produced so many gems Donny Van Beek just proves that fact. It was Donny Van Beek this time this Ajax team is so deep who knows who will be next but I’ll tell you one thing if this team keeps their heads down they will make that Champions League final that they richly deserve before this team breaks up. Johan Cruyff would be so proud.