Through 3 years of high school, Maya Hansen was already considered one of the best in Minnesota. An extremely high level of productivity even those trophies were limited the determination that existed from the beginning only ignited itself as she was prepared in her final year of eligibility. However, her senior year came with its challenges and struggles not just on the pitch but off of it. Everything looked very positive going into the final year not only individually but as a team. That notion, unfortunately, was blown up before the season really got started. A striker can only be as potent as their strike partner. Her abilities and skills individually can be antagonizing individually but to be a great team there must be chemistry in the strike partnership. Maya had that and then seemingly lost it on the same day. A heartbreaking and emotional moment as the season itself seemed to lose its hope. Fellow senior Striker Erica Tshinda had her season cut shorts by a horrific injury. Very early in the season, she tore her ACL MCL and her meniscus effectively ending Erica’s High School career a very which must have been a crushing blow for a terrific player my career ended the same way so I know how tough that can be. Maya and Erica had an incredible partnership they had chemistry and a real partnership. Sometimes you play with players that you just seem to always be on the same page almost like being able to anticipate ideas and moves before they occur. According to Maya the two of them together were nearly Flawless they understood and respected each other and because of that, they saw positive results between the two of them. The heartbreaking part of it is that it was very early in the season. Prior to this Unfortunate Events in a space of three to four games together they scored or assisted on 8+ goals. Those are truly remarkable numbers I don’t need to know them personally to know the chemistry as a had between them. You don’t put up numbers like that otherwise they just had a special relationship on the field between them. It was particularly hard on Maya not only to lose her strike partner but she understands what her importance was within the team. It is very difficult to lose a player of that magnitude.

Sometimes an injury can suck the life out of a team had no injuries occurred Burnsville season probably would have gone better than it did as we can only speculate that they could have accomplished as a team. That is what makes this game great though it’s how you react and how you respond to a troubling situation. There are always battles in football and you just have to find a way to conquer them. The injury ignited something within Maya as she by all accounts acquired the assassin’s mentality. Collectively as a team, the season did not go as planned and the injury could have played a big role in that happening. Burnsville ended up near the bottom of the conference with a 7-8-1 record. However, from an individual perspective, Maya probably was as good as she has ever been. Without question the best player in the conference and possibly the best in the entire state. Sometimes you see footballers play at such a level but collectively it was struggling within the team but from the individual level Maya was playing her best football. She finished the regular season with 22 goals and five assists. Even though those are crazy numbers she had to carry the weight of the team on her back which can be a very big responsibility to carry. Her usage rate was higher than anyone on the team by quite a distance the responsibility to lead her side to as far as they can go she showed true leadership Following the injury of her teammate. The impact and value of her could not have been any clearer. During the regular season, 105 of her 115 shots were on target as she had more attempts had more minutes had more everything than practically anyone she was truly carrying the load. As she was leading her team to as far as she possibly could take them. Great players deliver for their team in important moments. In her entire career the bigger the moments the greater the performance in the playoffs with her final season on the line she showed everyone who she really is. World-Class talent and a true leader that delivers in the big moments. In her senior year, the playoffs opening game was perhaps her best display of the season. Burnsville took on Apple Valley. Maya’s performance made it known to everyone there that she is in a league all by herself. In what could happen been her last High School game she put together an unforgettable performance scoring a hat-trick in a 5-0 victory as Burnsville fought to live another day. 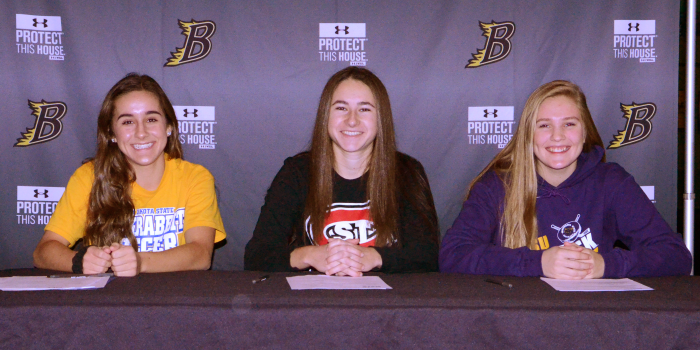 A truly dominating performance she truly has a Burnsville girls soccer undervalued. However, her career ending rather ingloriously. In the next round, the best player in the conference and arguably one of the best players in all of Minnesota soccer went up against a real challenge. As Burnsville prepared to take on Eagan a team that has the reputation of a powerhouse capable of beating anyone on any day. The superstar player turned out to be not enough as Burnsville fell on their face as the journey ended in a 5-0 loss as Maya Hansen’s High School career ends in disappointment. She finished her season scoring 25 goals in all competitions she led class AA league in goals as she saved possibly her best season ever to the end. One of the most polished girl’s soccer players in recent memory concluded her journey after 61 goals 19 assists as her high school career ran its course. However, a new adventure awaits her in the fall this time on the college level for South Dakota State University as she attempts to change the culture of the Jackrabbits. The playing field has become more difficult but she is surely up for that challenge all the greats have adversity and things to battle though she’s no different. Where will this game take her only time will tell she posses all the skills and convection to not only reach her fullest potential but change the women game. She has the intelligence and attitude as a true leader with the willingness to improve. She hopes to emulate her hero’s Meagan Rapinoe and Malory Pugh to continue to push forward. Could she be the next star? the ability and intelligence is certainly there the bigger the game the better she performs. A star has risen from the shadows people just don’t know it yet. She has everything and can achieve anything she wants I believe we will be hearing about her for years to come at the highest level this may be a lot of pressure but she will thrive on it.

Maya Hansen On her Motivation ” look up to people like Rose Lavelle and Malory Pugh. Coming to play at such a young age and thriving, getting so many minutes and making such an impact is very impressive and motivates me to keep working hard and improve my skills. my inspiration for continuing to play soccer would be the hope of getting better and being the best player I can be. Going to practice every day, working on my foot skills on and off the field, and doing things like reading leadership and teamwork books all help me improve my game.”