As we reach the final two matches of the season it will all come down to this. Roma responded to disappointment against Genoa as they beat Juventus Sunday night at the Stadio Olimpico in what was a tough battle but Roma ultimately prevailed late in a match they simply could not lose. A hugely important victory for Roma as they have two very winnable games to end the season. Unfortunately, it is out of their control but with a little help, they just might grab that final Champions League spot. Following a really important result against the league leaders Roma head out on the road as a clash with Sassuolo for the second time this season. During the first meeting in Rome Roma secured a 3-1 victory in what was the coming-out party for Nicolo Zaniolo who scored his first goal in Italian football on the night. Even though Sassuolo is in 10th they have only one win in their last five. They are not in threat of relegation and they have no possibility of pushing Europe essentially there on a beach. Not to say they won’t give it everything but it won’t be a match of necessity. Meanwhile, for Roma, they currently playing their best football of the Season having won four of their last five matches. With everything on the line for Roma will they take their momentum and high spirits from the win against Juventus to secure another three points or is a surprise on the horizon? We will find all that and more when Roma take on Sassuolo on Saturday afternoon.

Although Roma Champions League ambitions are incredibly important not only for the club this season but going forward. This, unfortunately, has been overshadowed by something different. It has been announced that Roma captain Daniele de Rossi after 18 years will leave the club at the end of the season. As it has caused the fan base into devastation anger and emotional sadness. It has truly overshadowed anything else that has happened this season. In about a week from now, he will put on the Roma shirt for the very last time. A departure that none of us were prepared for. However, Roma still has a game to play and a Champions League spots to fight for. Claudio Ranieri is also coming into its final two games as caretaker manager. Nonetheless, he still has a job to do and he is prepared to do it. He has two options potentially in terms of what he can do with this formation. The 4-2-3-1 formation what he has used for the majority of his time here or the 433that was very effective against Juventus. In this situation, I would opt for the 4-3-3 again given what Roma can a bring from a tactical perspective. The team should stay more or less the same with only a few adjustments within the team. Antonio Mirante who was brilliant last weekend against Juventus in a goal of course. Roma’s backline should remain unchanged with Alex Kolarov Federico Fazio Kostas Manolas and Alessandro Florenzi. The Midfield is where becomes a little bit tricky the question is how are you going to handle Daniele de Rossi. In the central position, it will either be Bryan Cristante or Daniele de Rossi. On this occasion, I think starting Bryan Cristante makes more sense because I want Daniele de Rossi to be able to go the full 90 against Parma. Saving a little bit of energy will be a good idea to his old legs will be fully ready to go in what will be his final match. Besides Cristante, it should be Lorenzo Pellegrini and Nicolo Zaniolo to make out the Midfield. Upfront in Roma’s attack we should see a very dangerous and explosive Trio. On the left wing Roma best player this season Stephan El Shaarawy then On the other side on the right wing we should see Cengiz Under making a return to the starting lineup after his instant impact last weekend only justifies that he belongs back in the starting lineup. Then up front as Roma’s main Striker will be Edin Dzeko who is coming off a brilliant performance last week. Roma will also have options available on the bench such as a Daniele de Rossi and Justin kluivert. My key player for Roma will be the Turk Cengiz under he showed some incredible quality last week he will be ready & enthused we could see a dominating performance from him that we haven’t really seen since his injury. 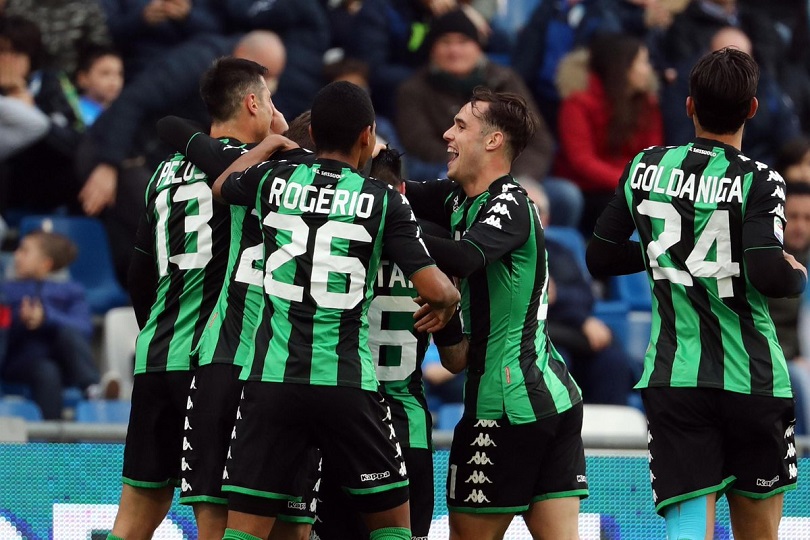 From a tactical perspective Sassuolo play out of a relatively defensive formation, it is possible they could just what they normally do but since the match itself doesn’t have very much meaning for them I would be surprised if they did. They typically operate out of 3-1-4-2 formation. It can be looked at as defensive but they build an attack through their Midfield. It is what I would call a safe formation they’re not in dire need of points as they are already safe from relegation as well as not chasing Europe. There is smack dab in the middle of the table meaning they won’t kill themselves trying to win the game. I’m not suggesting you won’t see effort but given the circumstances, they will play it safe. They will go forward trying to feed the attack through the Midfield while still having protection in the back. It will take a strong defensive effort to slow down the Roma attack so from their perspective I don’t see them taking many risks given their situation. They can ruin Roma’s season by taking a point off them but that in itself will be very difficult. Defensively they will have to keep their shape while going forward which can be a very uneasy situation given the speed and athleticism of Stephan El Shaarawy. Sassuolo has a very good coach and will have his team prepared. The key player for Sassuolo is Berardi he is a clinical finisher when he’s given the opportunity but a bit too inconsistent if finds that consistency in the match it could be dangerous.

The bottom line it’s just last week the motive behind each team are completely different. Sassuolo will be all about pride and trying to take a point from Roma. Meanwhile the team from the capital this is a must-win game. Even if Roma win their final two games it may not be enough still. Not only do they need to win the rest of the games this season but they will need a little bit of help. The players and coaches understand the parameters of what lies ahead. Roma must find a way to win because anything less than three points will derail and kill their Champions League ambitions. The separation from champions league and Europa League places are very small Roma must find a way to get into Europe at the very least. Champions League might be a pipe dream but it still possible however any points are dropped it ends any possibility of that happening. Roma will have to play aggressive and play quick. Top to bottom they have the better team however they’re going to need to convert and be efficient. Something they have been for the most part over the last 2 months. A hiccup simply cannot happen. From a tactical point of view, the best way to counteract everything is using the pace on the outside. They have intelligence passing through the midfield with Bryan Cristante and Lorenzo Pellegrini being assigned to hold the Midfield while getting and creating separation allowing Roma to move the ball. Then you have Pace with Nicolo Zaniolo in the Midfield as well as Cengiz under and Stephan El Shaarawy in the attack. They can keep the defense unbalanced and disoriented with what players that possess speed and passing intelligence they can make things very difficult. That’s not to mention Edin Dzeko up front if they’re able to feed him and everyone is on the same page like what we saw against Juventus they will make it incredibly difficult for Sassuolo to have a chance. Even though they are away from home Roma will have all the resources to dictate the match in their hands. Sassuolo best plan of attack will be through the wing backs. They cannot allow themselves to go hyper aggressive in their attack given what’s on the other side. If they can get them to go forward to feed their Striker then maybe we have a game. However, given the fact they have anything to play for I don’t see them taking any risks especially at home. I believe Roma will start fast and just run with it. Defensively they have been stronger over the last few weeks. Which will make it very difficult for them to concede given attack Roma has going forward Roma will cruise to a very routine three points as their Champions League dream will stay alive at least for the moment the question is will they get help from others? However, even if they don’t play will get the job done and that’s all they can do at this point. 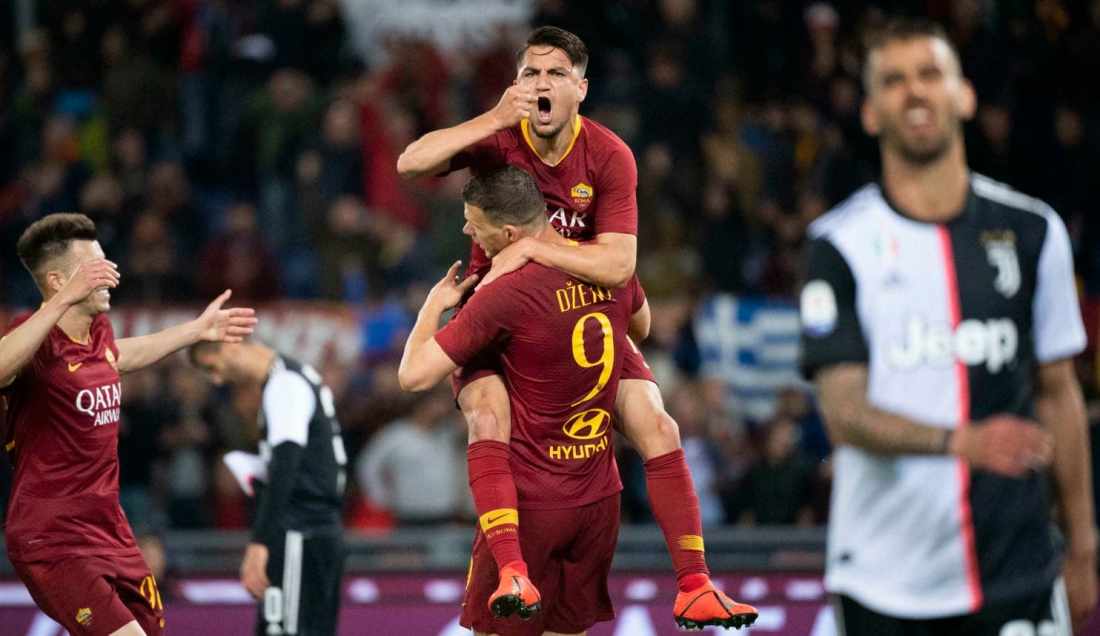