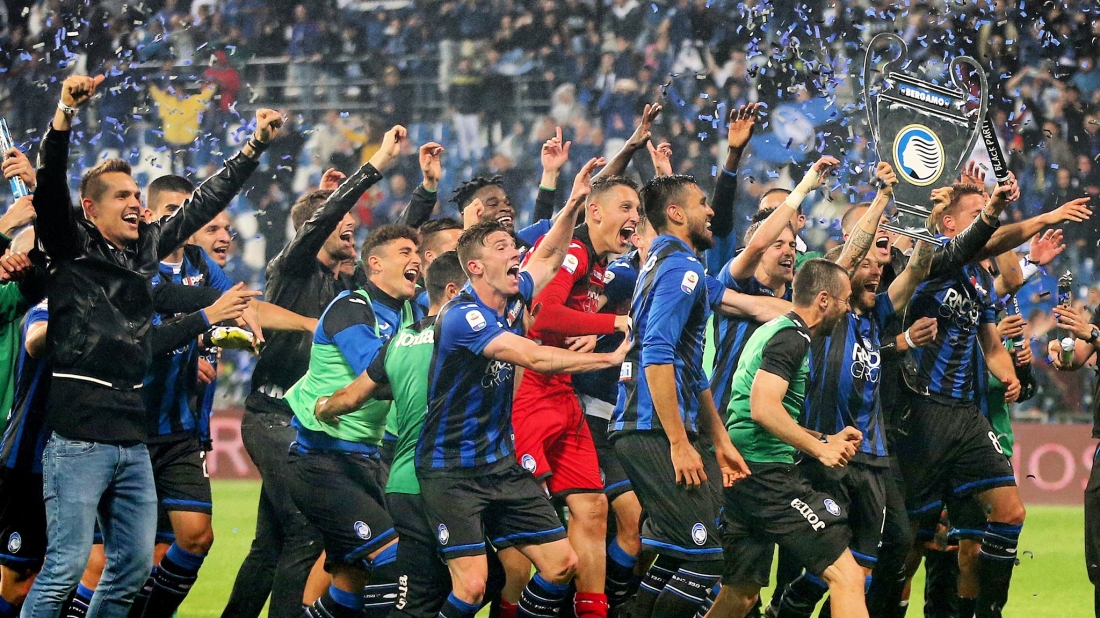 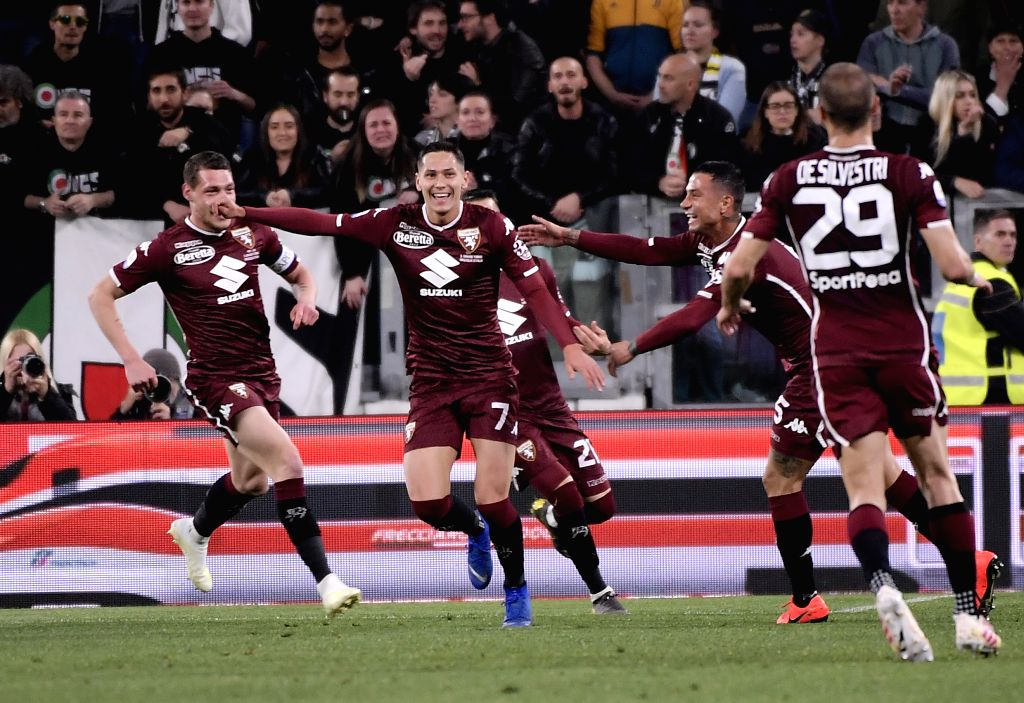 This season was the year of the underdog in Italy. Stories leaving us in utter shock & Surprise in the Champions League race in Italy. It really has been extremely special season because of two teams who were on the verge of doing the unprecedented. Atalanta is typically a team that has a lot of respect from teams around the league they’re always capable of going into a European race and coming out with some sustainable success. However this season they surpassed any expectations achieving something they could hardly imagine Champions League football. It is hard to break down or even explain what happened it is one of the biggest shocks in football history. Atalanta is like a company they build up strong products and then they sell them to the highest buyer. They have sold key players in each of the last 5 Seasons. They still managed to keep their head above water but a Champions League campaign something that no one expected not a soul on Earth saw this coming. Gasparini truly was the coach of the season for what he did with this team that has a relatively low budget. Atalanta’s entire team is worth a significantly less than teams like Juventus Inter Milan Napoli Roma AC Milan with more money and Investments. A Champions League campaign for Atalanta as special as it could be the only this will go in the memories of every fan in Atalanta for eternity. This is the equivalent of Leicester City winning the Premier League and that’s how unlikely this was. Atalanta was the most dangerous team offensively in Italian football they were the highest scoring side in the league with 77 goals. That’s more than Juventus and more than Napoli who have the reputation of being incredibly attacking minded. They secured a top-three finish finishing ahead of Roma Inter Milan and AC Milan. Behind the genius of Gasparini and a very strong side never really got the credit they deserve. Duvan Zapata someone they stole from Napoli on loan costing next to nothing. He had a breakout season scoring 23 goals the third highest in Italian football. Before the season started he would not have been in anyone’s top 5. He has been the best player this season and I don’t think it’s particularly close. The way he is dominated against bigger teams he scored against all of them. Bergamo was a fortress and teams didn’t enjoy making that trip. This is truly one of the biggest Underdog stories we’ve ever seen an Italian football. This team will be in the Champions League next season Atalanta just let that sink in for a second. Low budget and they lose key parts of their team every season somehow and someway Gasparini guided this ship to unprecedented places. This Champions League story is just a sequence of beauty. They were not the only ones though Torino a team who is a classic tableside we’re in this conversation at least at some point. Torino ultimately did not make Champions League or Europa League for that matter unfortunately, however, the way they perform the season the way they got themselves in position to go into Europe was truly special. Developing into one of the best defensive teams in the league with the best goalkeeper in the League this season in Sirigu. The driving force of this team going into the season was overhyped and overrated Andrea Belotti who had not seen that consistency since his breakout season 3 years ago. However, under Walter Mazzarri he managed to get himself back at that level. Breaking 15+ goals this season. Not only that he had help from other sources as the Torino Captain started playing the football we all expected from him. Even though Torino missed out at times they were just points away from Champions League football. Ultimately it was unable to be achieved but this was the best Torino team we had seen since the 80s. This story didn’t necessarily have the happiest ending but the late Grande Torino would have been proud of the way they performed this season. It was such an amazing season to see two teams like Atalanta and Torino reach the very peak of their abilities truly the feel-good stories of the season. 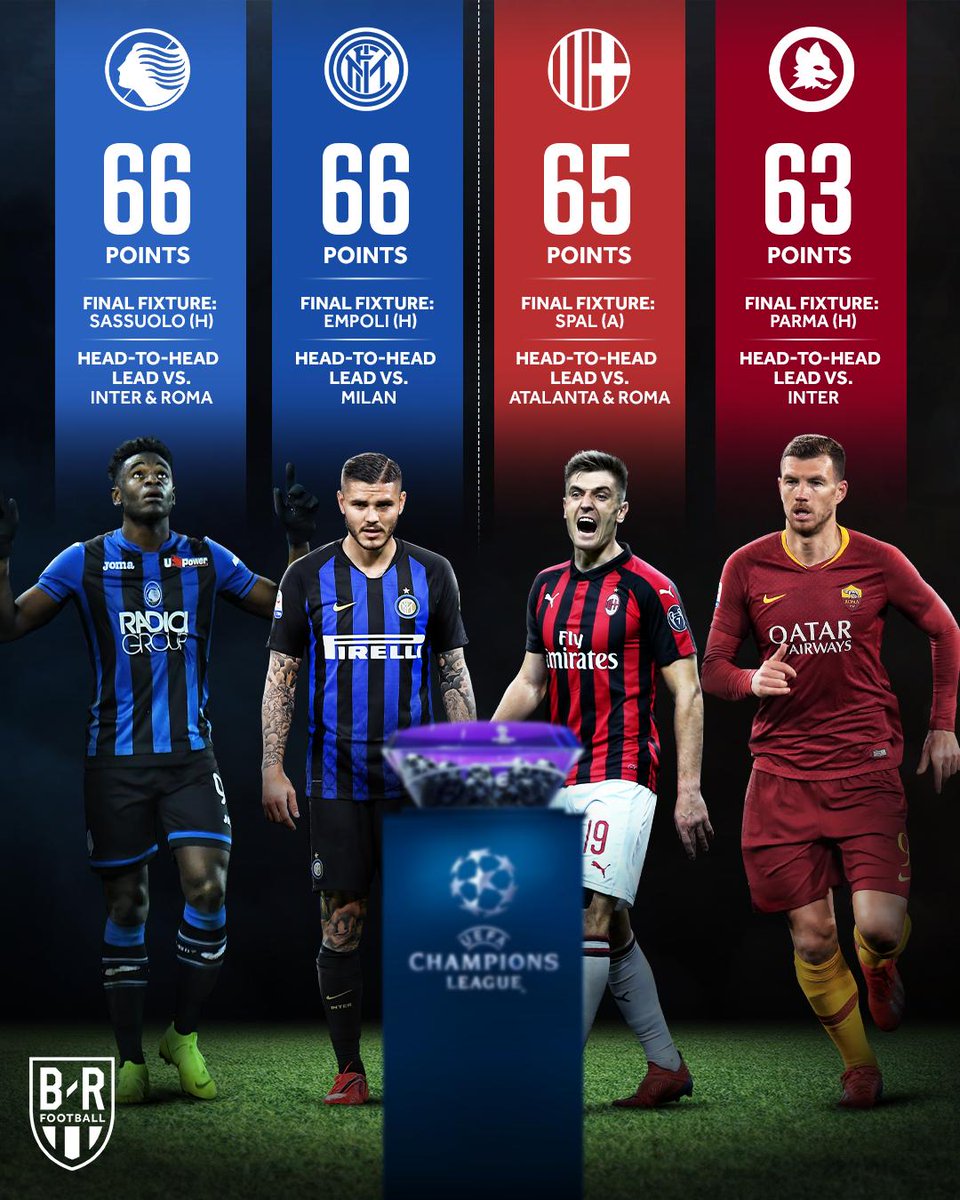 Serie A did not have a title challenge this season at all it was over pretty quickly. However, the Champions League race was as intense and meaningful as it got. We did not see a title race like the one we saw in England with Liverpool and Manchester City but England did not have the Champions League race Italy did no league in the world this season had a more intense Champions League race then Serie A. It came down to the last game of the season which everything on the line with every team in that area fighting for Champions League and Europa League. This Champions League race wasn’t just a couple teams at times there were seven teams fighting for this. Inter Milan AC Milan Lazio Roma Atalanta Torino Sampdoria the European race was incredible. The Dramatics of the last day for one of the craziest most insane endings in history. Going into the last day of the season Atalanta AC Milan Inter Milan and Roma all had the possibility of Champions League football. It was a truly special race which had a very dramatic ending. After getting a draw Juve Atalanta just needed three points to confirm their place. It was a rough start in that game at Sassuolo. They went down 1-0 but eventually held on to a 3-1 Victory ensuring Champions League football for The darlings of Italian football this season securing a third-place finish. Roma fell out of it early. The biggest one was Inter Milan and AC Milan. Inter Milan was playing a team threatened by relegation-fighting for their lives. It was 0-0 from much of that game. Meanwhile, AC Milan took a 2-0 lead against SPAL and eventually lost it before a 3-2 victory occurred. Inter Milan turned the entire thing on its head. They scored an opening goal to make it 1-0. We all thought that was it but Empoli came back with not much time to play. If the results had stood AC Milan would have been in the Champions League. But Radja Nainggolan scored a game-winner with not much time to go. Then at the very death of the match, Empoli nearly scored hitting the crossbar. As Inter Milan secured the Champions League place seeing there rivals slip right back into 5th meanwhile Empoli were relegated something I’m not sure they deserved. All in all, it was a Champions League race to remember so much drama everyone was in it until the very last day. 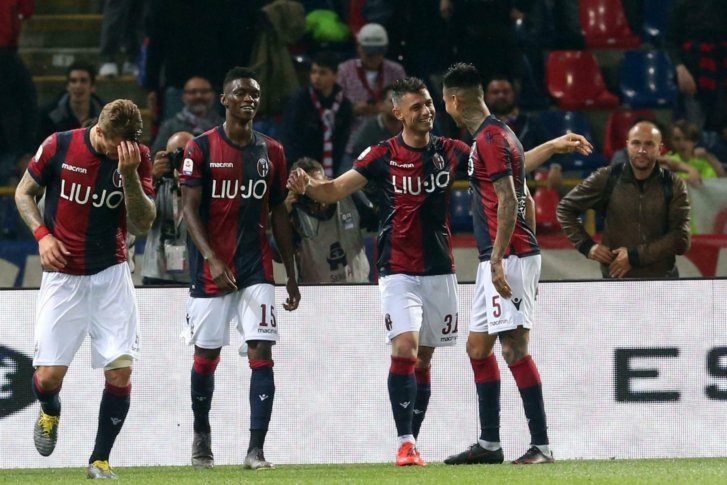 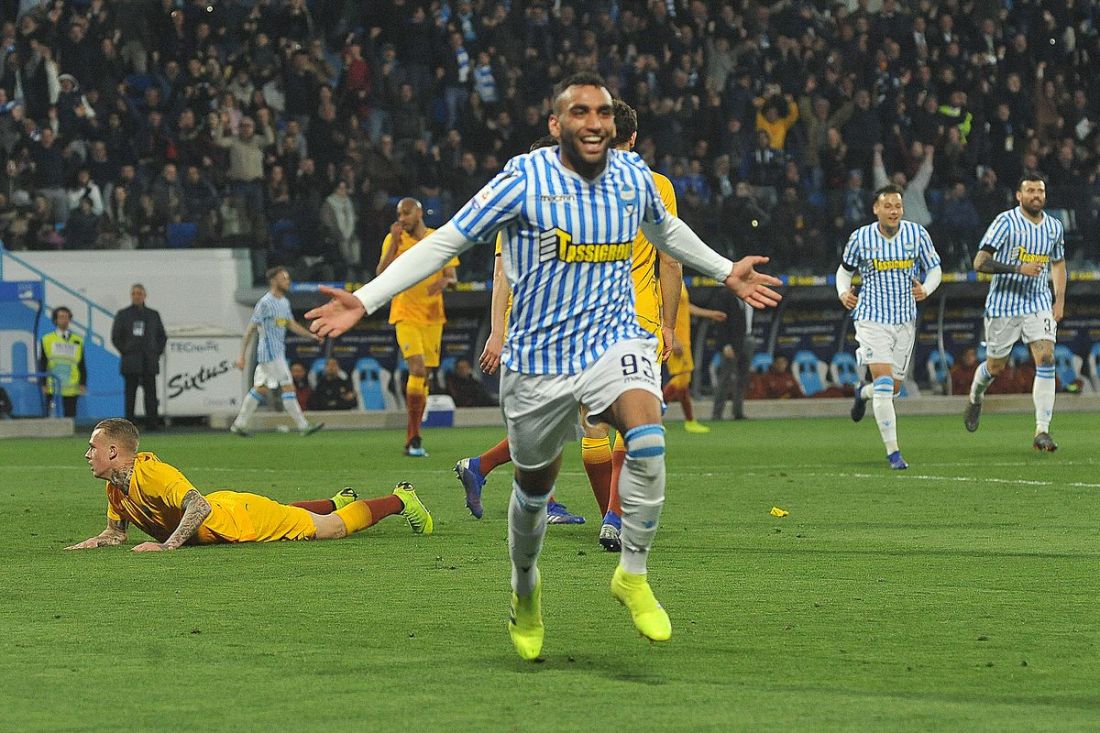 We cannot close the book on this year without talking about the great survival of bologna and SPAL. Both of these teams were deep in the relegation Zone in the looks like there was no hope for survival. By all accounts I think theoretically in our brains we sort of figured that at least one of these teams is going to be relegated. Somehow some way they managed to escape what looked like inevitable. For SPAL they had no momentum and no confidence for much of the season. One huge results late in the year Inspire them to go on a big run to end up in 13th after hanging out in the relegation zone for 3/4 of the year. SPAL actually did the double against dysfunctional Roma. They beat Roma at home which was a huge result for them because at the time they had not won a game at home since a matchday 3. At home there no confidence and struggled away from it as well. However, after they beat Roma in a very tough 2-1 victory they caught fire and momentum through much of the season they even beat Juventus. Proving all in all that they deserved an extended stay in Italy’s tops fight. A 13th Place finish for a team that almost all year looked like they were going to be in a relegation battle and much of the season to go as far as they did up to 13th was truly remarkable. Meanwhile, Bologna pulled off one of the greatest escapes I’ve ever seen. Under Pipo Inzaghi Bologna were 19th it looked almost inevitable that they were going to be relegated. It seemed they had no hope whatsoever to get out of the situation they were in. They eventually sacked him replacing him with former Torino boss Mikhailovich. Just like that things started to change he took the team further and further away from the relegation Zone. Most people thought this team had no shot to survive he that’s had other ideas he took them far past with anyone could have predicted. Gasparini is the manager of the season but Mikhailovich did something truly remarkable. When he took over for bologna they were in 19th he took some to 10th. He orchestrated a team that was so far in the relegation Zone to a top-10 finish in Italian football. A truly mind-boggling precedent given they were so far in the relegation Zone when he took over. There was a time during the season over the final months are two of the year they had the best record in Italian football. Truly unbelievable. Probably greatest Escape I’ve ever seen the crazy part is he did it with exactly the same players he did not have a transfer window he made a work was what he had in front of him he is going to opt for a stay in Bologna which could make them a very interesting team next season this will not be a relegation team as long as he’s in charge. Two incredible stories of survival which added more excitement and emotion to a season of Ages.