Juventus are the most dominant Club in Italy they have won the league title so many seasons in a row. They are just the epitome of dominance in this regime whether it’s under Max Allegri or Antonio Conte they have thrived and the lifted trophies on a regular basis. However, if you think about history what is the one thing that has always eluded them is European Glory. Under Max Allegri, Juventus went to the Champions League final twice losing to Barcelona one of the most dominant teams we had seen in recent memory and a Real Madrid team that is arguably the most lethal seem in the Champions League this decade winning the trophy four times in five years. You cannot really fault them for losing either final but the reason why is quite clear. Even though Juventus has quality throughout the squad in both finals they failed for one particular reason. They did not have the Superstar required to win them the Champions League. They had essentially all the other pieces needed but without the Superstar it’s not attainable. There is not one Champions League team in history that has won the Champions League without that Superstar. Prior to this last season Juventus looked as good as they had been they were being pushed to death by Napoli for the league title and in Europe, they looked very strong. It did appear they had what it takes to get back to the final. However, in the quarterfinals against Real Madrid, they ran into someone by the name of Cristiano Ronaldo, the most lethal player in champion’s league history. They pulverized Juventus in the first leg with Cristiano Ronaldo scoring a goal of outrageousness. In the second leg, Juventus nearly came back but once again Cristiano Ronaldo scored a late penalty to knock Juventus out of the Champions League. It was abundantly clear that that is what Juventus needed they needed someone like Cristiano Ronaldo. A player like that can make a huge difference in a Champions League campaign. The reason they couldn’t get to the final was that Cristiano Ronaldo’s stood in their way. Despite being in his mid-thirties Cristiano Ronaldo is still one of the best players in the world and one of the best in history. Real Madrid at the time was an aging Dynasty that was on its last legs. Even Cristiano Ronaldo after beating Liverpool in the Champions League final hinted at an exit as he thanked Real Madrid for everything mentioning what an honor it has been. Somewhat possibly implying; that a move was on the horizon. Juventus was alerted by the situation and took a shot an enormous bid was going to be required for them to pull it off. Not only in terms of transfer fee also in terms of salary. Juventus would have to make it work on both accounts. It took a long time but eventually, they looked like the favorites to land the Portuguese star. Juventus had the balls to take the chance no other team took a shot. Eventually, they secured a 112 million transfer fee for the Portuguese Superstar. It cost them not only 112 million but an extra 31 million in salary. Evidently, they made it all back in a week having broken the bank with all these jersey sales. It was slightly controversial because of his age and how much money was being invested in a player might not be at his Apex throughout all four years of the deal. It was a giant risk they did not do it to win the league title they have done that by themselves that just fine. They bought Cristiano Ronaldo to win the Champions League with everything in place now they had the player to take them there. Obviously, the first year of this experiment did not go as well as planned. He was a revelation for Italian football and gave the league something extra the excitement that was surrounding it was just special. However, as you may know, they didn’t win the Champions League. Year one of this experiment was a failure and even though not winning the Champions League had something to do it is not the only reason why. 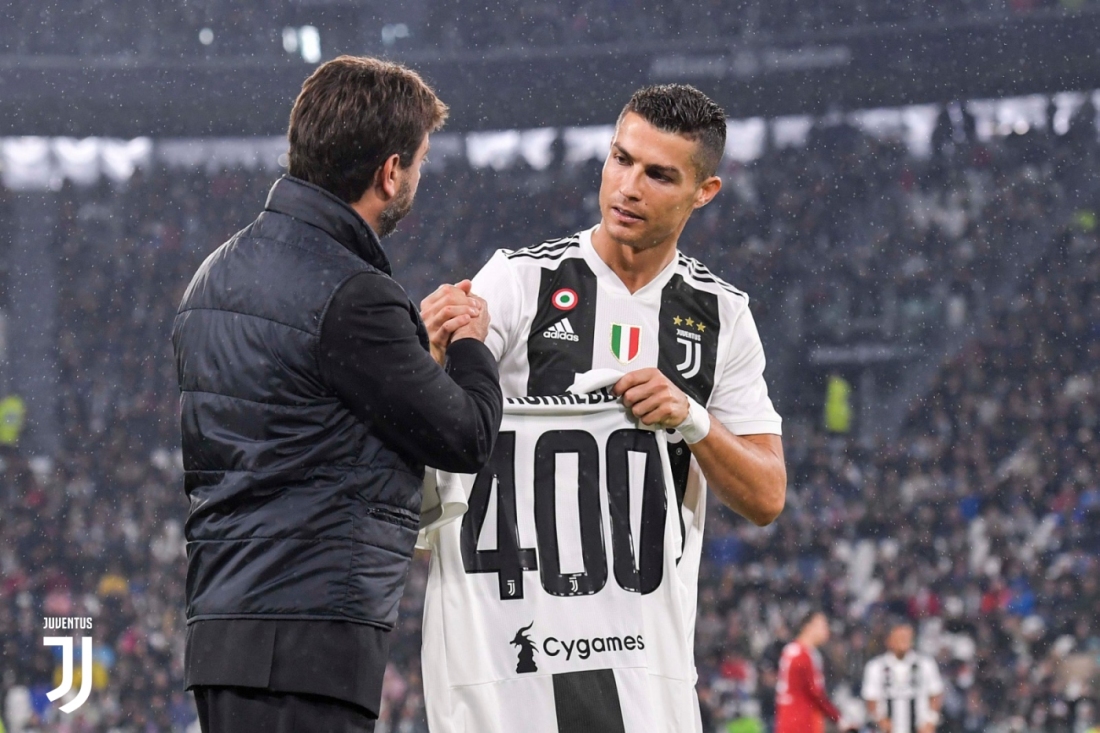 Even though I believe the first year of this experiment with Cristiano Ronaldo was a failure there was a lot of positive things that we have seen from this project in its first year. As I mentioned it is a huge risk to bring a player of his age as good as he may be for the sum that Juventus paid. Even so, he was truly an enchantment to Italian football. Serie A is one of the best leagues in the world the only league in my opinion that legitimately Rivals the Premier League. There always seems to be an incredible Champions League races and title challenges in Italy even though for the most part Juventus have dominated it is never been easy only a very few occasions has it been so. The extra eyes and excitement that surrounded the League this year were largely because of Cristiano Ronaldo arriving. It was a spectacle seeing him and brace a new challenge in a league he was unfamiliar with. That’s what’s so great about Cristiano Ronaldo he always embraces new challenges that lie ahead. He did go to the best team in Italy but nonetheless, it is a league that is known for incredibly intelligent defensive tactics. It is very difficult to score at the same rate as you would see in the Premier League or La Liga in Italy the defenses are too strong to deal with. Even besides the fact of the extra exposure and draw that he has brought to Juve. Juventus made all the money back they paid for him in what felt like an hour. His number 7 jersey flew off the shelves. Nonetheless, there were moments in the season in which Juventus saw exactly what they paid for. It took him a few games to find the back of a net for once he did he dominated for much of the Season. He was not the best player this year but he was certainly one of them. The impact is Cristiano Ronaldo in some aspects changed the way they play football. They secured the league title with basically no fight from any teams around them and Cristiano Ronaldo moving to Italy was a big part of that. He was one of the best players in the league earning him a place in my team of the season and was my runner-up for player of the year. He was absolutely Sensational throughout the campaign I think it’s fair to say he’s not the same player he was maybe a few years ago seeing the decline of Statistics but In fairness, he is in a more difficult League now. Given all the circumstances he was just a special player to have an Italian football this season. 21 goals and eight assists in the league as he was without question one of the best players and one of the most exciting players to watch in Italy. Juventus got him for the champions’ league and even though ultimately they were unsuccessful in winning that trophy. He had moments in which he brought Juventus back from the dead. He did everything he possibly could in his power to take Juventus as far as they could possibly go. His crowning moment this season was his performance in the Champions League round of 16 against Atletico Madrid. A team he is very familiar with having played against them at least twice a year for the last decade. Juventus were in a real hole after losing the first leg 2-0. An unbelievable performance was required from Cristiano Ronaldo. Juventus needed a 3-0 victory at the Allianz stadium and that’s exactly what happened. He showed the reason he was brought here with their back against the wall he rescued the situation turning around the deficit ultimately to take them into the quarter-finals. It was a truly antagonizing performance from Cristiano Ronaldo who almost single-handedly took Juventus threw in a game and a match in which the majority of the world thought it was over for Juventus. He scored a penalty in the closing minutes taking them to the quarter-final. In the quarterfinals, they ultimately bowed out to Underdog Story Ajax. Despite that Cristiano scored in both games doing literally everything possible to get to the semi-final. They ultimately feel shorts in what he was brought to do. However, with that being said there were a lot of positives to take from his first season in Italy tremendously successful season giving the club something to build on going forward. However with all that being said the first year of this experiment cannot be viewed as a success but it’s also important to mention some of the positive strides and moments that Cristiano Ronaldo brought to this team. 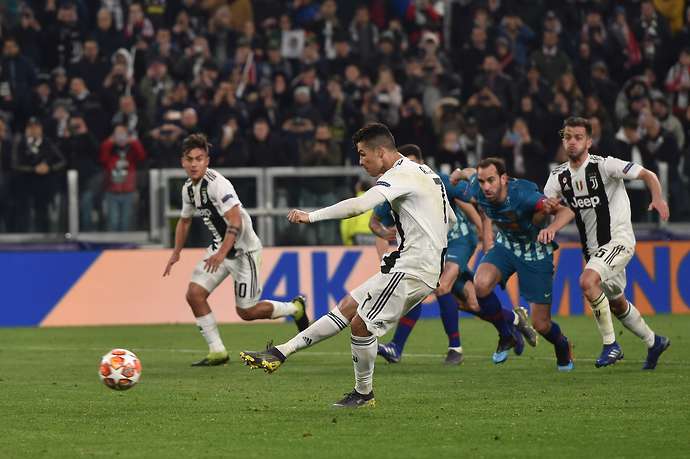 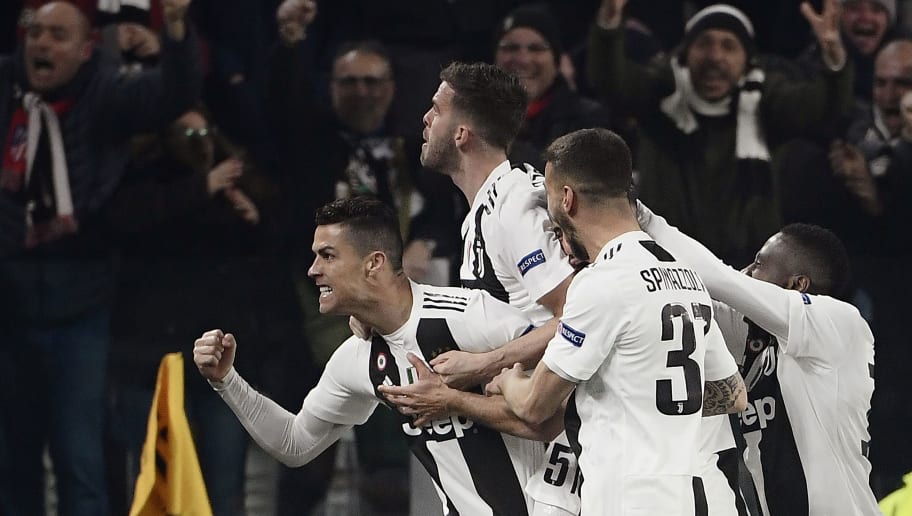