I don’t know where to start or what to say at this point. The Dominoes continue to fall players continue to leave for greener pastures. Not only that but Roma continues to sell them for well below their market value. Roma has become a supermarket something that needs to change as soon as possible. The last several years Roma has sold key players in practically every season. I could go down the list how are we going to get better if they continue to sell. From the club’s perspective, I get trying to balance the books so we don’t have to deal with financial fair play issues. However key parts are leaving every season and this summer it looks like it’s only going to continue. Roma has a talented Squad with a lot of young talent the right coach & the right director but none of that’s going to matter if we continue to sell important players on a regular basis. I’m only going to talk about 1 at the moment although in the coming weeks I will have to talk about this again with the news about El Shaarawy. However, on this occasion, I’m talking about a player that scored one of the greatest goals in the history of Roma. Kostas Manolas has been one of the best defenders in Italian football for years and Roma had a pleasure of having him at the club. After 5 years Kostas Manolas had enough he’s given Roma absolutely everything and you cannot blame him for his departure the only people we can blame and the situation is ourselves for allowing this to happen. Kostas Manolas stayed intact within the club as long as possible but at a certain point, he understood that this team cannot accommodate his goals an expectations. The Greek Defender exits the Stadio Olimpico as one of the best center-backs we have had at this club. No matter what happens after this he will always be considered a club legend but his imminent 38 million move to Napoli just fueled be frustration. 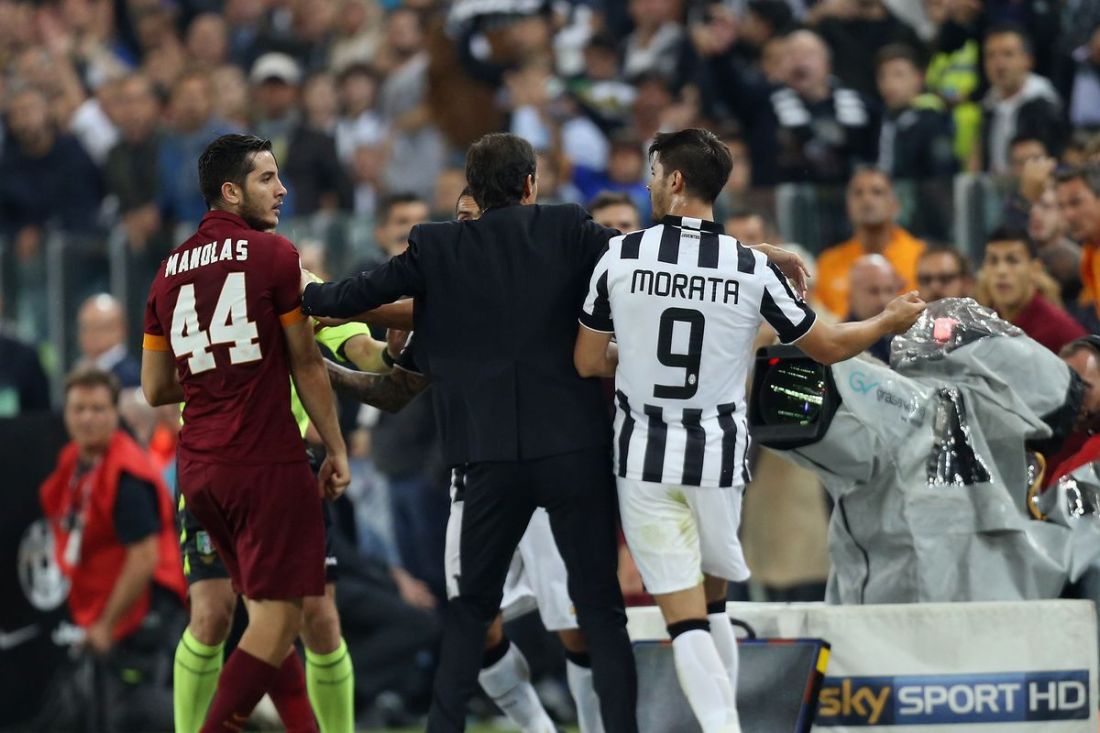 The legacy of Kostas Manolas began in 2014 a player that would go on to do some remarkable things wearing the Roma colors. His journey in the capital began after securing a move from a Greek giants Olympiacos. Roma just needed to Splash out 15 million for The Talented Greek center. The most admirable things about the move were he picked Roma over Juventus possibly leaving trophies on the table. He became an instant fan favorite during that first season player who played for the shirt and gave everything to the team. That much was highlighted against Juventus when he got into it with Alvaro Morata he ended up getting a red card but it showed his passion and his willingness to fight for the badge.. Roman finished Second that season as Kostas Manolas was proving to be a breakout star in Italian football. He only continues to display that sense of leadership and passion that simplify what it means to be a Roman. He showed incredible qualities that he was the leader of the Roman defense. Beyond that, he became one of the best players in the league after just one season. He would score his first goal in Italian football that year against Capri. Then in the Champions League, he did a stifling job against the most potent attack in football at the time. Earning a 1-1 draw with Barcelona. Roma finished second in their group before ultimately going out in the round of 16 against Real Madrid. Overall the season did not go as expected to start the year on the wrong foot but eventually fought their way back secure a top-three finish finishing third just two points behind second-place Napoli. Luciano Spalletti took over to guide them from the gutter. The next season it was perhaps Romans greatest season at least statically Roma accumulated a record 87 points the most they have ever won in Italian football. Their trophy drought nearly ended on two occasions. With the likes of Muhammad Salah, the leagues highest scorer Edin Dzeko and a strong Midfield Roma felt they can go the distance. it just was not meant to be as they fell out in the round of 16 in the Europa League as well as being eliminated in the Coppa Italia semi-finals against arch-rivals Lazio. However, from a personal perspective, it was one of Kostas Manolas best years wearing the shirt. However turmoil and disaster started to hit as Roma sold key players on an almost on a regular basis through each season under new manager Eusebio di Francesco even though Roma did not stand in a title race for very long they had one of their greatest European seasons in club history they got all the way to the Champions League semi-final coming back in each of the rounds leading up to it. The most remarkable event happened that year Roma pulled off a come back with history vs Barca after falling 4-1 down they did the absolute impossible beating Barcelona 3-0 at the Stadio Olimpico pulling off one of the greatest upsets in champions league history. In at that magical night In Rome, Kostas Manolas scored one of the most iconic goals in a Roma’s history scoring a header with less than a 10 minutes ago to pull off the absolutely impossible. A moment that the Greek center-back was brought into so much emotion bringing him to tears in one of the most famous matches in the history of this club he was the orchestrator and the final blow to take a piece of History. Roma once again Sold key players the following year in what was an incredibly inconsistent season for the Romans. Manolas did everything he possibly could to take this team back into the Champions League but he was unwilling to do so it was a year of frustration for Manolas and even though he loves and adores this club he just couldn’t do it any longer. I am not going to kill him for going to Napoli he deserves the opportunity to win trophies and unfortunately in the short-term it’s probably isn’t going to be done here. He scored one of the most famous goals ever in the Roma shirts even though some people don’t agree he is as much as a legend as anyone one of the greatest center backs to ever put on a shirt.

From the football point of view, you cannot fault the board for making this decision, unfortunately, it was something it had to be done. Losing a player of his magnitude is always going to be quite difficult but nonetheless because of financial fair play and the money they’re going to lose for not being part of the champion league Roma really had their hands tied. This is a move they had to make as much as it hurts to see this happen you can’t blame him and to a certain extent, it needed to be done. Kostas manolas has given this club 5 years of service putting on a shirt over 200 times. He’s a player that has been adored since the moment of his arrival. At times he simplified exactly what it means to be a Roman the passion he showed in every match is something that will be never forgotten. Speed Pace intelligence toughness and effort are the best way to describe what he has done over the last 5 years. He stayed with Roma when he had the opportunity to leave almost on a regular basis. Even though he eventually left he gave this club his soul and then some. Roma failed to win trophies which doesn’t do his career in the Roma shirt any justice. His greatness has not been justified the lack of trophies really makes my stomach turn. He deserved that and more no matter what it was he conducted himself in such a way I don’t think anybody at this club has the right to boo him or hate him for going to Napoli. He has a legitimate chance at a title now even though it is not with Roma. His Footprints are all over Roman history scoring one of the most important goals in one of the biggest moments. That goal on that magical night in Barcelona will never be forgotten it will be tattooed in our memories until the end of time. You can say what you want about him personally the Greek god will always be remembered in my brain in a positive light. Every time I think of him it takes me back to that moment and how it felt when that goal went into the back of the Barcelona net. He may have not been the sole reason for the comeback but his magical touch allowed every Roma fan in the world live their dreams even if it was only for a moment. “It is a Greek from Mount Olympus that has come to the Seven Hills of Rome and produced a miracle. Roma has risen from their ruins”. Those statements will be the reason Romans will always keep him in our hearts Graize Manolas I will never forget you.