In addition to all the contract extensions that had been signed from Edin Dzeko, Nicolo Zaniolo, Cengiz Under and Federico Fazio Roma add a few more pieces ahead of the new campaign. In the last week, Roma has signed two new Defenders to the ranks. The moves were motivated by getting depth at that position. Roma will now have multiple options if there are suspensions or injuries. Injuries are something that every club has to deal with at some point now Roma have put themselves in the position to adapt to those scenarios, unlike last season. Roma has been in talks with several different Defenders over the last month they have finally secured two brand new signings that have come to fruition in the last weak. Formally Torino Defender Davie Zappacosta on-loan from Chelsea and one of turkey’s highest-rated prospects Mert Certin. The Turkish youngster arrives on a 3.5 million transfer who has a growing reputation in his country. He also has a relationship with Roma star Cengiz Under who will help him and get settled. He got Gençlerbirligi promoted from the second league in Turkey this season he was considered one of the best players in the league last season. He will probably have major involvement in the Europa League matches and occasionally could come in off the bench or maybe start occasion depending on injuries or suspensions. He is capable of developing into a star at this club but it will take a little while for him to integrate himself into Italian football. Meanwhile, Davie Zappacosta arriving on an initial six-month loan with the option to extend in January of 2020 he won the Europa League & FA CUP with Chelsea last season. It is understood he had no future at Chelsea in Frank Lampard’s team. He had previously played at Torino when a Roma’s current director Petrachi was still employed at the Turin club. He will likely play as a backup to Roma Captain Alessandro Florenzi. The arrivals of both players give Roma alternative options at that position but the opportunity to make an impact when their time comes. It is my belief Roma do not need to bring another player before the start of the season. They have covered everything. The sign a player for the future and secure a backup for Alessandro Florenzi.

“I know the size of the club I am going to be representing,” Mert Cetin said.
“I’m very happy to be here, it’s a feeling I can’t really describe in words. I am confident I will be able to live up to the hopes of the club and the fans.”

“We are pleased to be able to bring Mert Cetin to Rome, a young player but one with significant potential,” said club sporting director Gianluca Petrachi.
“I hope that he can quickly demonstrate the talent that we all believe he has.”

David Zappacosta has been around Italian football for most of his career up to this point. He played with a bunch of small clubs before eventually landing with Torino. He was brought to Torino by current Roma sporting director Gianluca Petrachi the two of them are reunited in Rome once again. He is somewhat of an attacking a minded right-back who is capable about bringing the ball forward and facilitating opportunities for teammates. He developed consistency and quality while Torino he’s quick fast and intelligent. It is something that’s made him a real asset while at Torino. He is very valuable to have on any team because of his versatility. He eventually caught the eyes of Antonio Conte & Chelsea has he graced the Premier League. He had his moments but a large portion of the times he made his impact off the bench. He was only really regularly featured under Conte. He was barely featured last season only making 13 appearances his big moment at Chelsea was his thunder strike in the Champions League. Despite all that he won the Europa League and the FA CUP before making a loan move to Roma. Meanwhile, Mert Cetin has developed in turkey’s second division. A lot of these performances and statistics have made him so an impressive buy especially at 3.5 million. He is still developing and he will improve this season. He is considered by many one of the best young prospects in Turkey. He rejected Galatasaray and Fenerbahce to move to Rome. He made it 25 appearances for Gençlerbirligi as he helps them gain promotion last season. He also played for turkeys under-21 team he only continues to develop and become a more refined player. As Roma adds another center-back option. Even though he is relatively unknown this has worked before. Cengiz Under was a relatively unknown player before he arrived. The two of them have a relationship and he should help him settle quickly. He will make some sort of impact this season and it gives Roma some more options at center-backs. Both players have the potential to do something very special this season with Roma. 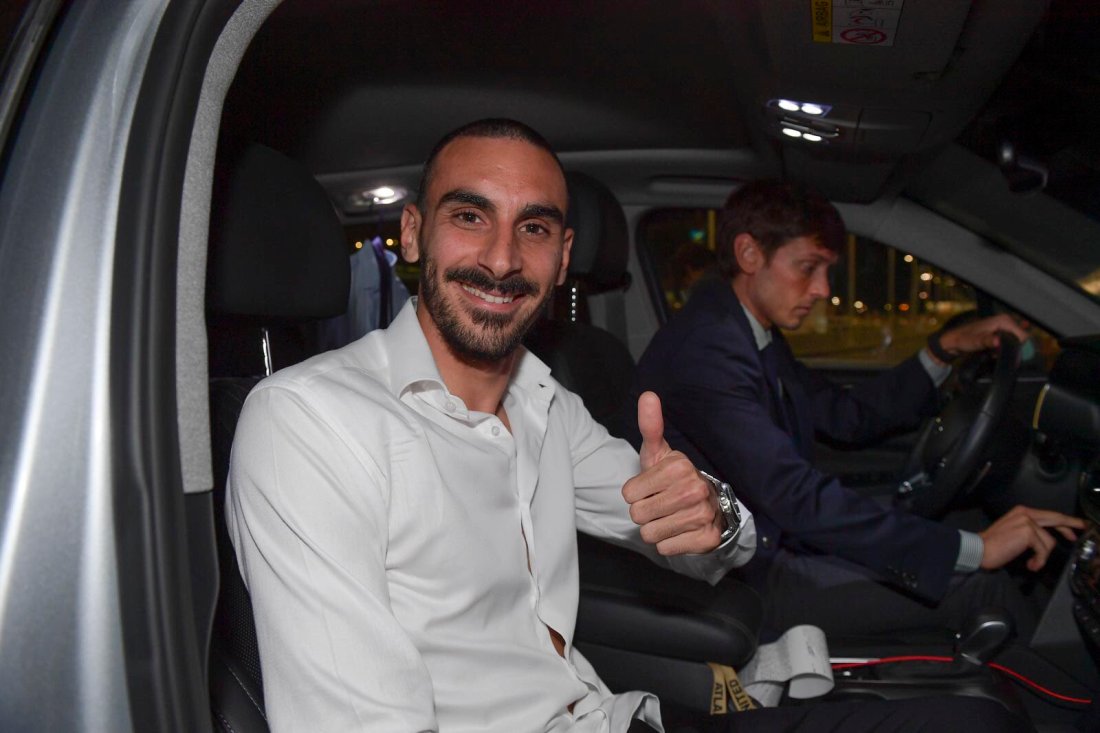 “I am pleased to join Roma, after an experience overseas that helped me progress as both a player and a person,” Zappacosta said.
“Being able to play for a great club like this is a huge motivation – I cannot wait to start training alongside my new teammates.”

“I’m pleased to be able to have Davide on my team once again,” said club sporting director Gianluca Petrachi, who worked with Zappacosta at Torino.
“Compared with the player that I knew at Torino, now Roma are getting a player who has matured both as a player and a person after a valuable spell in another league.
“I am certain that Davide will be able to make an important contribution during the course of the season.”

Roma dealt with a lot of injuries last season and had a defensive problem so much of the campaign. A large part of these moves is going to be determined by what Roman need in critical situations. Whether it’s a suspension or an injury or needing a different dimension. The arrival of both players gives them more depth. Having too many options is a good problem to have both players will fit in quite nicely. Even though Zappacosta loan deal is only worth a six months Roma has the option to extend it and I think that’s exactly what will happen. Be on that this may be his only season in Rome unless they try to purchase him after his loan expires but he could be very valuable for one particular reason Alessandro Florenzi is one of the most versatile players in all of Italian football. He is the club’s starting right back and nothing will change it however he has known to play in a more attacking positions Pablo Fonseca has the requirements to be able to play him further up if he needs to because Zappacosta can fill that spot when Roman’s Captain plays in an attacking position. With Roma’s young Turkish Center back it will probably be a process this season. I think he could start some games depending on the situation or how difficult the match is. I think he could start the majority of the Europa League games which will get some experience and time to develop. I also could see him coming off the bench in games. He’s going to learn and develop into something pretty special everyone in Turkey thinks very highly of this kid even though he’s already 22 years old I think he could potentially progress quite quickly & put himself in position to play in some important games. I think the arrival of both players will only help Roma grow this upcoming season will the opportunity to play in the Europa League.