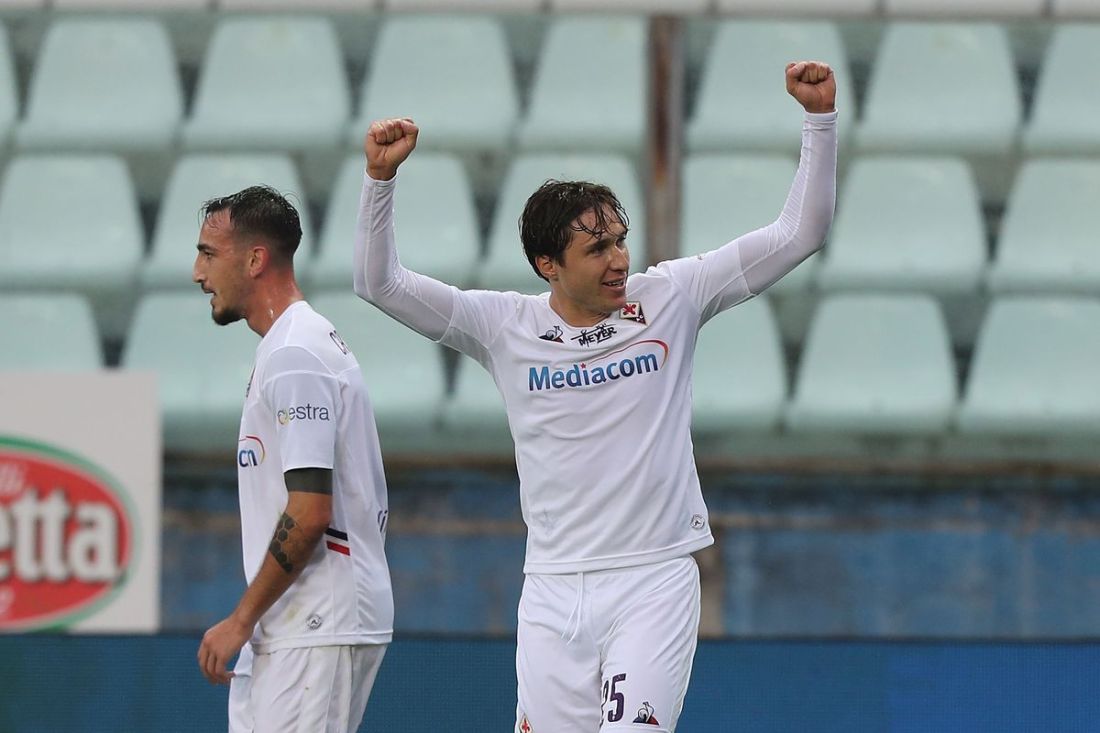 Federico Chiesa is one of the best youngsters in Italian football has that ability that can cause defense nightmares. Eventually, he will leave Florence to bigger and better things. His performance was absolutely astounding he is giving this club everything he has and has just been special since he has burst onto the scene. He may not be ready for a huge club yet but he is proving that he is well beyond the qualities that exist in Florence. It was a dreadful weekend for Florentina who still has not won a game since February. However was all that being said Federico Chiesa case supplied a world-class performance. Even though his team could not hold on to the lead in the final 10 minutes he was just special on the day. Consistently he was an absolute terror especially when coming forward. The talent and skill sets of this young Italian is why so many people are starting to feel positive about the national team in the future. He has the IT factor and it was on full display over the weekend. Without question one of the best performers in Italian football. Florentina had the lead because of Federico Chiesa he was the workhorse of that attack and made Atalanta pay. It just turned out the cushion was not enough. He scored a brace from outside the box despite taking a slight deflection That was special in itself in what was a well-hit strike. What he did on the second goal made my mouth drop. On the wing while being defended he had a foot race as he drove the ball in it to Atlanta’s area on the counter-attack he was pushed into the corner before supplying and Incredibly accurate cross coming from such a difficult angle to find Franck Ribery in the Box who put it in the back of the net. His ability and state of mind to put the ball in such a perfect position was outrageous. Along with the Run down the line that gave just enough separation for him to accurately place the ball in the Box. Atalanta came back and equalize with two goals in the last 10 minutes we already know that but the way he performed was astounding which is why he is the biggest talent in Italian football. You can say he’s overhyped and I have at times felt that way but he is a player with a world-class potential who could become one of the very best players in the world and everything he has done up to this point has been incredibly special. He is doing so much for Florence and was just breathtaking this week but at some point, you’re going to have to give him a little more help or he is going to leave. A world-class performance even if the results didn’t go the way he would have liked.

Edin Dzeko significantly struggled last season for goals, especially in the league. Following two campaigns in which he scored 39 goals than 24 goals, Roma was hoping they would see a similar type of production from the Bosnian Striker. Unfortunately, it didn’t work out as well scoring just 14 goals in all competitions last season given his historical goal scoring record for Roma it was a huge letdown. It might have been the system that DiFrancesco had at Roma or the players around him or something else but something truly changed this season. You can see it in the very early parts of the season. Edin Dzeko was linked to Inter Milan seemed almost inevitable that he would make that move. However, simply put he did not want to leave Roma and instead of leaving he signed a contract extension with the club. It’s night and day in comparison from the way he performed last year and how he started this year. He has already scored three goals in the league this season which is almost half of what he did in 38 games last year. You can see the impact and the difference in the matter he plays under Pablo Fonseca. He fits this system perfectly and the striker the Portuguese manager wanted all along. He has had nothing but nice things to say since his arrival and he has been incredibly important to the progression of the Bosnian. Last year it took him months and months in between goals he has scored at the Stadio Olimpico so far this year he has scored three. The Progression under him this season has been tremendous. Yesterday he was one of the top performers that we saw in Italian football. He was incredible he did a lot of work to get himself in position and his teammates to score goals as I said it was an ugly game in Bologna yesterday and there weren’t that many chances to be spared. Despite that, he did his part to get himself in position to score those goals. The reason he deserves recognition is his ability to come through when his team needed him the most. Roma, we’re about 30 seconds away from some dropping points not to mention they were down to 10 men. it wasn’t all Edin Dzeko but he got himself in perfect position and executed his header that won the game for Roma at the end. The way he came through yesterday displayed his importance that he instills into this Roma team as a leader and as a player he in for incredibly special season. That was on full display yesterday coming through when his team needed him the most it just highlights why he was one of the best in Italy this season We should only see continued growth as the season progresses. 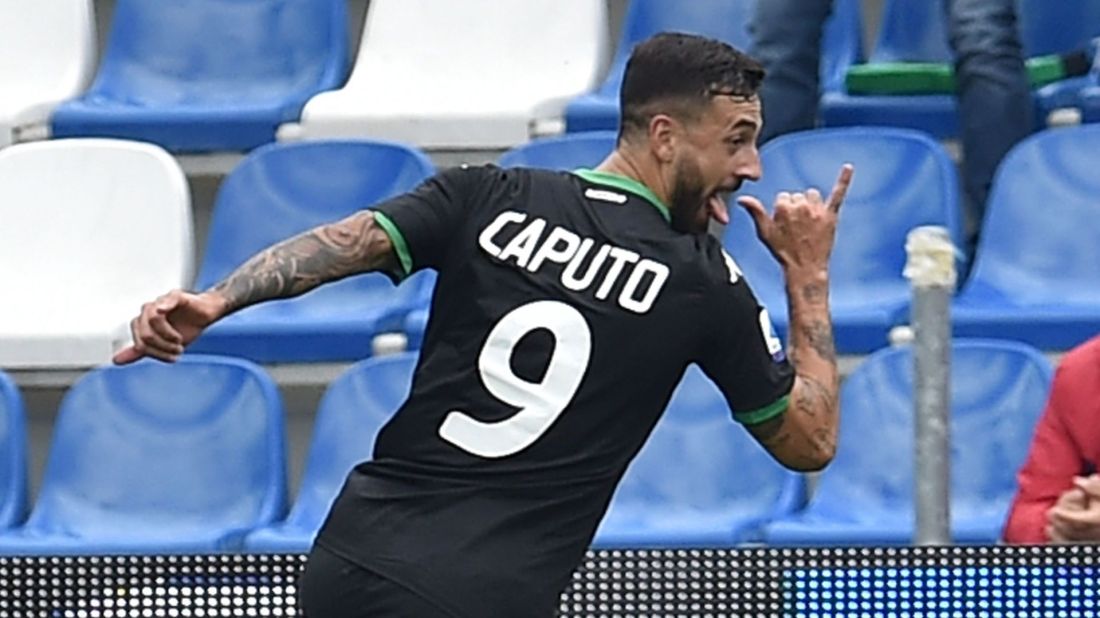 Francesco Caputo in my estimation was one of the most underrated signings of the summer he has quietly already got himself going this season. He was one of the leading scorers in the league last season with relegated Empoli. Sassuolo a team who finished just out of the top 10 added him to give themselves another dimension. Even though they looked rough last week they got back on track with an impressive 3-0 victory over Spal. A team that just recently beat Lazio one of Italy’s best teams. Francesco Caputo was magical in their victory scoring twice. He has shown this season he is capable of coming forward as a proven goal scorer also has the technical ability to find teammates in scoring positions which makes him incredibly effective. He is just getting warmed up I believe he will be the top scorer for this team this season. He has been consistent when he is viewed as a valuable option. Berardi can be great but he is wildly inconsistent Caputo is more capable of putting in great performances on a more regular basis. Against SPAL I thought he was just special a strike to give them an early lead finishing off a beautiful counter-attack by Sassuolo. Then added a second with an outrageous strike from outside the box as the ball ripped through the top of the net. One of the best performance we have seen this week. After the performance against Roma last week they needed to get back on the right track and Francesco Caputo provided that spark. He has quietly been their best player and he will continue to have that impact on a team that is capable of finishing in the top 10. Berardi might statistically be off to the races but if you break down the impact Francesco Caputo has on this team he has been the most consistent player season and I think we will only see that continuing. After a two-goal performance against a team that had momentum, he displayed his ability to perform at a high level.

DONKEY OF THE WEEK: Florentina 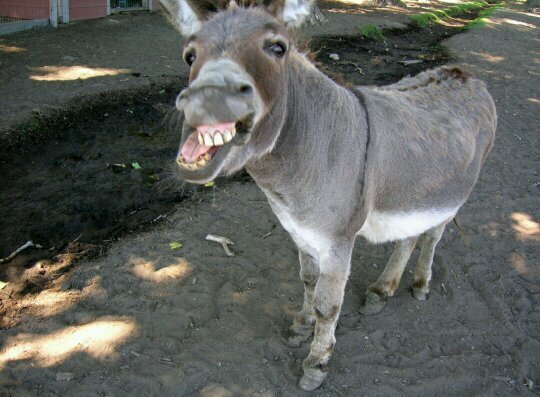 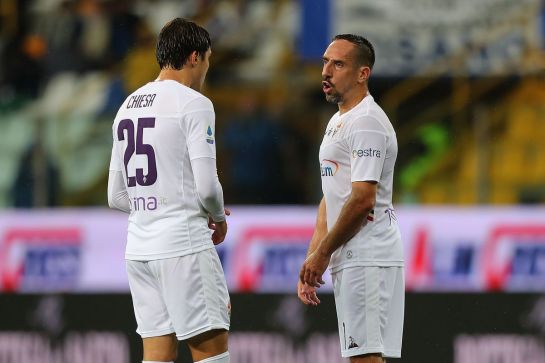 The donkey of the week this week goes to Florentina who’s somehow despite having been in front on many occasions still have not won a game. It’s not only that it is how seemingly have let opportunities to pick up points slip through their fingertips. The structure of this club is all wrong and in the long run, they will pay for it. Montella should never have been appointed as manager following the new ownership. There was a lot of positivity an expectation ahead of the season. Many thought this team to push Europe I never bought into this but it has been an absolute disaster for Florentina. They have not won a game since February 17th which has been a historically horrid form. This team is not without good players there’s a lot of quality inside this team and they continued to throw away opportunities and chances to end this. They are making history but for all the wrong reasons. In The Opening match of the campaign, they were in front against Napoli and even though it was a back-and-forth game they ended up losing. The same thing happened this last weekend against Atalanta except this situation was far worse. They had a 2-0 lead with less than 10 minutes to go all they needed to do is hold them off for the final 10 minutes something that they clearly were not capable of doing. Atalanta scored twice in the final 10 minutes including an equalizer at the end of this match. This club has no identity and in my opinion, have very little future. This team could be relegated I don’t think it will happen but this is not a team who can even remotely think about chasing Europe Rocco commisso has given Florentina a sense of hope but unfortunately it’s a hope that will not take them anywhere. They are on the verge of losing their very best player Federico Chiesa who will not put up with another season finishing near the bottom of the league. Despite having some good players within the squad this team is going nowhere. Rocco commisso doesn’t realize what he got himself into. Eventually, they will have to sell Chiesa and when that happens this team will have no chance to fulfill their expectations. There was a time in which Florentina was finishing in the top 4 this won’t be possible after next season. This is a not a very good team there is Talent within it despite that they will struggle to get points this season and who knows how long it will be before they get a victory. To be up by multiple goals with 10 minutes ago and still being unable to win is just another example of the situation they find themselves in. As far as I’m concerned they should be the donkey of the week every week until they win a game. They have dug themselves in a deep hole despite some positive things that have come from this team until drastic changes are made they will continue to be a dumpster fire in Italian football.