Roma are coming off three consecutive victories After beating sassuolo Istanbul and a dramatic late victory away at bologna thanks to a 93rd minute goal by edin dzeko. Roma find themselves already in the top four  and have shown that they are capable of contending for the lead title they may not win it but based on their performances they are in that conversation and will continue to be during the duration to season. They return home tomorrow night to two-faced Atalanta at the stadio olimpico. A true battle between two of the most attacking minded teams in all of Italy. Paulo Fonseca’s Roma and Gasparini’s Atalanta. Much like Roma Atalanta had some late Dramatics coming back from two goals down against Florentina to earn a 2-2 draw scoring a stoppage-time goal. Roma & Atalanta have split the season series in three consecutive years. It is always a good football match when these two teams Throwdown. Last year there were two exciting matches of football. Both in which included comebacks in the first match at the stadio olimpico Roma came back from 3-1 down to earn a draw. Then in Bergamo Roma suffered one of their biggest disappointments of the season collapsing a three-goal lead and another 3-3 draw. No matter what happens it will be exciting football. Both teams come into this game with momentum and confidence. Who will will prevail in a Wednesday night battle in Rome?

We could see some similarities to the team we saw just a few nights ago. However adjustments will certainly be made in Roma’s 4-3-2-1 formation that we have seen throughout the campaign. In goal coming off a really great performance will be Pau Lopez. So far he has been a productive replacement for Robin Olsen. We are likely to see a similar backline for Roma. They will be without Gianluca Mancini who will not have an opportunity to play against his former side. After receiving a very soft and controversial red card and Roma’s win against bologna on Sunday. In light of these recent events we could see the debut of Chris Smalling who is on loan from Manchester United . He will likely be partnered with Federico Fazio has his a centre-back partner. If hes Unable to go it will likely be Leonardo spinazzola in that position. At left back we will see inform Alex Kolarov then on the opposite side at a right back should be a Roma Captain Alexandro Florenzi. Front of the defense will be at the defensive Midfield Duo of Bryan cristante and Jordan Veretout who have more or less solidified that position. In Roma’s attacking Midfield there should only be one change with Justin kluivert being doubtful with a minor injuries. In the central position we should see Lorenzo Pellegrini. Besides him on the wing Roma are likely to play Hendrix mkhitaryan and Nicolo zaniolo. Then up front as the main Striker for Roma will be the hero from last weekend edin dzeko. This team will have options on the bench as well they will be prepared and ready for this challenge. 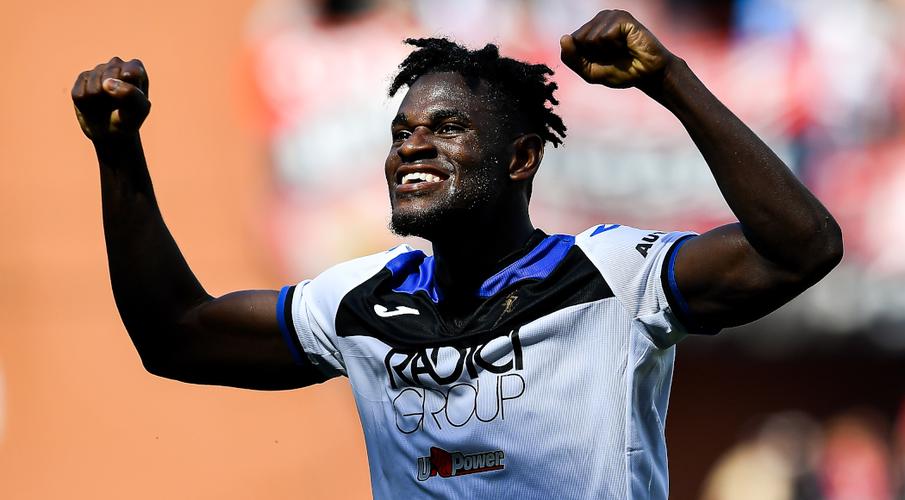 Atalanta have adjusted their formation almost every single week however tactically speaking their strategy and their setup has been similar. This is a very attacking minded team that will come forward with numbers. Gasparini may not be as attacking a minded as Fonseca but he has the players in his side that can be incredibly formidable. My speculations is Atalanta will come out with a 3-5-1-2 formation. They have seemed to prefer a back three this season and I don’t see that changing. This is a capable team with strong players within the side. They Gollini have who has proven to be a very underrated Keeper in Italian football. We are likely to see a back three of  Masiello Djimsiti and Tolo that can be incredibly effective but at the same time have their limitations in that position. They will have a lot of bodies in that Midfield and could cause some issues given what Roma will have to get through to be effective. The key to the Midfield is Remo freuler he doesn’t put up a big numbers but he is as effective as any midfielder in the league. He is joined by De Roon and Pasalic as well as a Hatebor and Gosens on the outside a lot of qualities within that Midfield. Then in front of the Midfield resting just beneath the strikers is Papu Gomez one of the quickest players in the entire league. Then in the striker position they have a Duo of absolute Mayhem with duvan Zapata and Luis Muriel they have the quality the necessity and the pace to be a big problem. There is a lot of quality throughout . The key player for me is duvan Zapata he is a big game player and roma will have their hands full with a player of his caliber.

This match will be a back-and-forth battle. Two of the best attacking teams in the league going head-to-head. Roma find themselves in the top 4 already and look to improve on that with momentum coming off a late victory against bologna and a wins against Sassuolo and Istanbul in the Europa League. This is just a different Roma team than the one we have seen in the past. Roma have the capabilities to score goals on a regular basis. Things didn’t go as well as they would have liked in their last match but Roma has  the resources to improve on it. Starting fast could be incredibly important this match. In last two games there was somewhat of a slow start in the opening 45 minutes before Roma figured it out. Roma cannot allow that to happen given the Firepower on the other team. With Justin kluivert out his team will still be incredibly explosive with the Pellegrini and Nicolo zaniolo be incredibly important in that Midfield driving the ball forward. Not to mention edin dzeko who is an incredible form and will be really important that he gets serviced in good positions. Both of these teams have some what difficulties with defense it will come down to who’s attack is more efficient. Roma still needs to play that role Bryan Cristante as well as the Roma defense will try to slow down the Pitbull of Duvan Zapata. This Atalanta team has incredible striking options coming forward and they play a certain brand of football that can be so imposing. If Roma can find a way to neutralize him or at least slow them down it will give him a great chance. This match is at the stadio olimpico Roma have made it somewhat of the a fortress this season as they have scored in high numbers a large portion of the time when they are at home. Atalanta have the Firepower up front to create a serious problem  especially given they have a very skeptical back line. These teams are very similar and that their strategies and their identity it will be incredibly tight game that could be a back-and-forth affair the advantageous still lies with Roma. Atalanta isn’t quite the same team they were last season and even though they have showed some serious progression in certain aspects there isn’t quite there to the same extent. It will be exhilarating exciting and Incredibly antagonizing. Atalanta are capable of winning this game But ultimately I think Roma might just have a little too much for them to handle it will be tight it will be tough it will be a battle but Roma in the end will pull away and defend their stadio olimpico as it continues to look like a fortress.