Following three consecutive victories, Roma has found their place this season and is starting to pick up momentum and posing themselves a legitimate contender in Europe and potentially in the league. Over the last week, they have beaten AC Milan Udinese and Napoli as they have Propelled themselves into the top three in Italy. They have not lost or drawn a match since the Europa League controversy against Borussia Monchengladbach. Tomorrow night they will have another shot against them as a victory was stolen from them last time. Roma currently leads their Europa League group with four points after three matches. The last time out they earned a 1-1 draw against Borussia Monchengladbach under controversial circumstances. As we witnessed one of the worst decisions in the history of sports as Chris Smalling was called for a handball that hit him in the face in the closing minutes of the match as the Bundesliga leaders stole a victory from Roma that they didn’t deserve. Roma is not playing but momentum and should be the favorites in this match they will remember what happened last time and use it as motivation. This time it is in Germany which could be difficult however with that being said they are focusing on the Bundesliga title as they are in first place in Germany their eyes and focus are directly on the league as this competition does not mean all that much to them. They are at the bottom of the group with two points from three games another poor result could almost certainly eliminate themselves from the competition which they may not be opposed to. Nonetheless, it will be a European night in Germany as Roma take on the Bundesliga leaders in search of Revenge for the Phantom penalty call that cost the Italians. Can Roma keep this going and get the Revenge they truly deserve? Or will their winning streak end in Germany? We will find all that out in more when Roma and Gladbach battle it out at Borussia Park.

Paulo Fonseca’s team has really started to play the football we saw from him in Ukraine at Shakhtar Donetsk. This team has battled in spite of injuries and has thrived under the 4-2-3-1 formation as well as the 4-1-4-1 setup. Good news is on the way though Bryan cristante has avoided surgery on his right abductor the doctor has recommended continued therapy with positive developments over the next few weeks he is eyeing a January return. Meanwhile Cengiz Under and Diego Perotti are now available and Roma on top of that could see Diawara and mikatarian back very shortly. The team itself I don’t see much of any adjustments as Paulo Fonseca has more or less figured out what his team is. In goal, we should see Paul Lopez Romans back lines we should see At left-back Alex Kolarov off beside him is the usual center-back partnership Federico Fazio and Chris Smalling then at right-back should be Leonardo spinazzola who has been the preference over Alessandro Florenzi. the defensive Midfield pair will stay the same with Gianluca Mancini and Jordan veretout. In Roma is attack Cengiz Under has an opportunity to start but I will keep him fresh for the match against Parma. Although it is not out of the question that he could start the game. In the central position should be Javier Pastore with Justin kluivert and Nicolo zaniolo on the wings. Then upfront as always should be edin Dzeko. It should be a strong enough team to get to the three points but Paulo Fonseca can make adjustments if they are needed.

The Bundesliga leaders have had a good run of form as they stay top in Germany they have been consistent and have shown some real quality. They typically lineup out of the 4-2-3-1 formation and it has worked for the majority of the season. They have some real quality players within the side that can do some serious damage in this competition. This all depends on what the Ambitions are in this competition whether or not they will take this seriously. They are almost needing a victory to advance. However, they will still put out a strong team and try to get themselves three points to start their campaign in Europe. But again my guess is they will be prioritizing the Bundesliga over the Europa League this campaign. They have a tremendous goalkeeper in Sommer who is special. A reasonably strong a backline consisting of a Lainer at left-back beside him will be the center-back partnership of Jantschke and Elvedi and then at right-back Wendt. In the defensive midfield we should see the typical duo that they have used in the Bundesliga this season with Kramer and Zakaria they complemented each other very well and could be a problem for Roma. Then in the central Midfield Position will be Bénes beside him will be on the wing will be Thuram and Pléa. Then upfront they’re talented Striker Breel Embolo 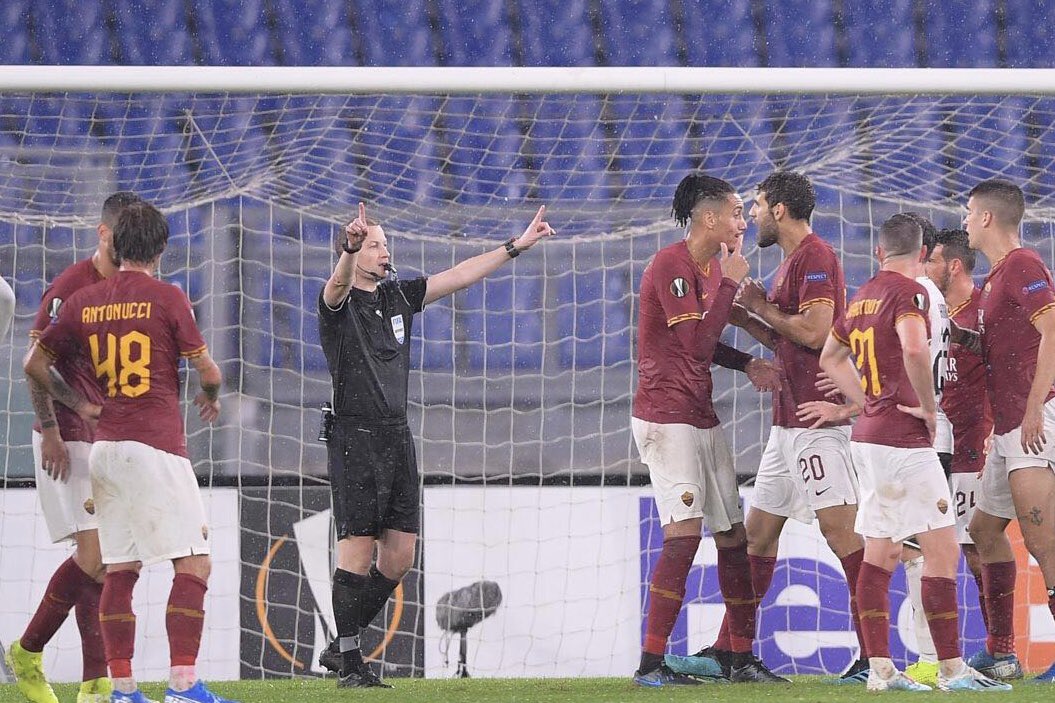 Even though Borussia Monchengladbach is top of the Bundesliga and is in great form as of late they will struggle against Roma. They have not put together great efforts in this competition so far largely because this competition is not valuable to them given the fact that they’re trying to focus on the Bundesliga. They want to minimize as much distraction that doesn’t necessarily mean that they aren’t going to give effort and try to win this game but Roma desires this much more. Roma does not need the motivation to end the trophy drought. They have a legitimate shot at winning the Europa League it will be incredibly tough but it certainly is a possibility that they could do this. On top of that Roma will be looking for revenge for what happened last time. It has lit a fire under them Roma still has a lot of injuries but despite that, they have strung three consecutive victories since that match. The Italians felt unjustified in the result largely because of the ghost penalty. Roma should have been given all three points the last time these two teams played even though the game is in Germany Roma will be looking for blood and I think they’re going to get it. That’s no disrespect to the Bundesliga leaders they have worked incredibly hard to get into the position they have no one really expected them to be in this position. However, this match isn’t going to mean as much to them. Roma will want to avenge the stolen points. Roma is at top of the group a victory for Roma quite possibly could all but seal themselves into the round of 32. Since the match Roma is playing some of their best football of the season they have confidence and momentum going for them and they have players Playing at an exceptional high-level. Nicolo Zaniolo has scored in four consecutive games and he’s going to be a big problem in this match. On top of that Roma has Cengiz Under coming back with equally athletic Justin kluivert as an explosive option that’s not to mention Romans backline isn’t much more control this season and have drastically improved since the start. The Germans will find things incredibly difficult even at home. Roma did not play particularly well last time these two teams played but they will learn from those mistakes and are prepared to beat Gladbach in Germany and that’s exactly what’s going to happen Roma has the desire and motivation to continue to keep this run going. There might be tough moments that will prove to be difficult regardless of Roma will find a way to get back the three points that were taken from the last time Roma will go to Germany and leave with three points which for all the lock up their place in the next round. Following this match, the rest of the matches left in the group stage are very winnable games Roma win this game and they will have a great chance to win the group.