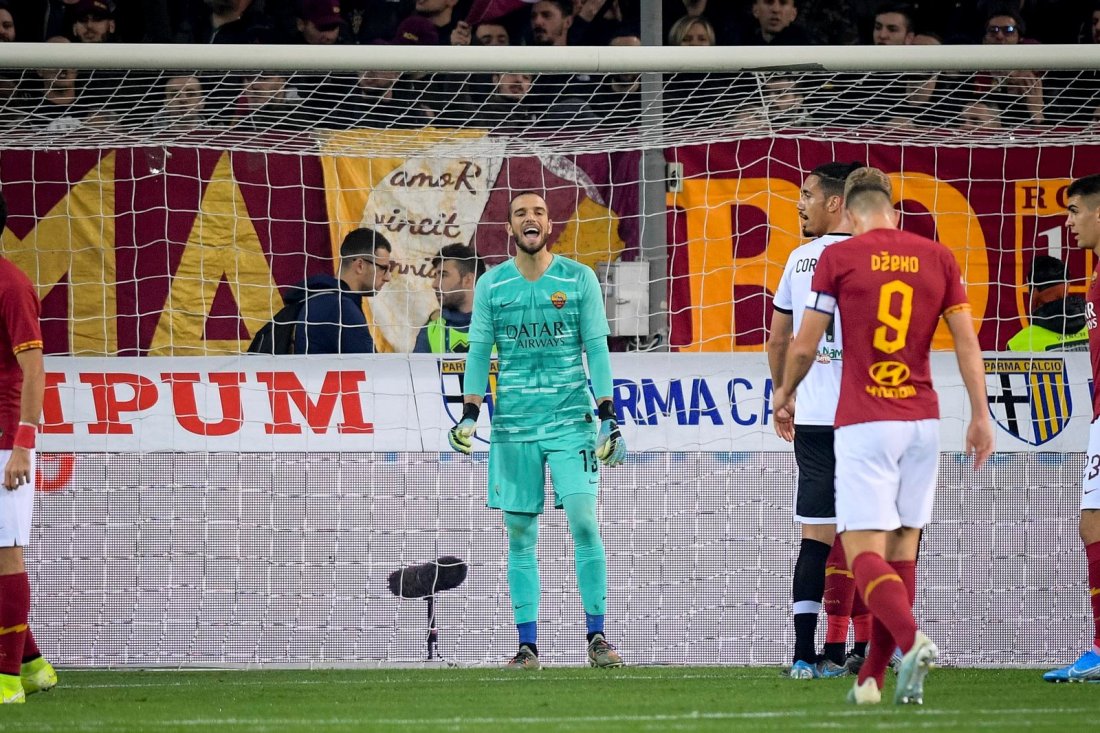 Roma was coming off a loss in the Europa League on Thursday following three consecutive victories against Udinese, AC Milan, and Napoli. It appeared for the first time all season Roma was playing with momentum and confidence. They even managed to put themselves into the top 3 in Italian football. However, things began to break down after they felt defeat for the first time in at nine matches. It was an exhausted Roma team that basically had essentially the same line up for weeks having played in Serie A and the Europa League within days of each other. Nonetheless, it does not excuse the performances we saw on the pitch. Roma fell to Parma last night. Parma is a young energized team who has returned to Italian football and made a name for themselves once again. They were rested and energized and up for the challenge. They performed admirably against a team that beat them twice last season. Despite that in both matches Parma showed their qualities. It was a goalless first half but despite that Parma did seem like the better team as they were threatening at times. Despite having significantly less possession they were taking advantage of it. Meanwhile, Roma struggling in front of the goal which seems to have been a recurring problem. In the second half, Roma nearly took the lead when Alex Kolarov hit the crossbar on a vicious free-kick Javier Pastore tried to follow it up with a rebound goal in what felt like a missed opportunity for Roma. Just a few minutes later substitute blank scored for Parma giving them the 1-0 lead. With less than 30 minutes to go in the match. This is not what Roma wanted going into the international break it felt important that Roma get points but the match that was slipping away from them. Roma started to open up in an attacking sense late in the match however it was clear they didn’t have much left in the tank and despite coming close on a few occasions it just wasn’t going to happen for them. Missed opportunities truly cost them but their lack of energy clearly impacted the result. In the closing moments of the game, Andres Cornelius scored a second for Parma as they secure a massive three points against Roma. Roma’s 9 games unbeaten run ends with a disappointing display as a dejected and exhausted Roma fall at the Stadio tardini. 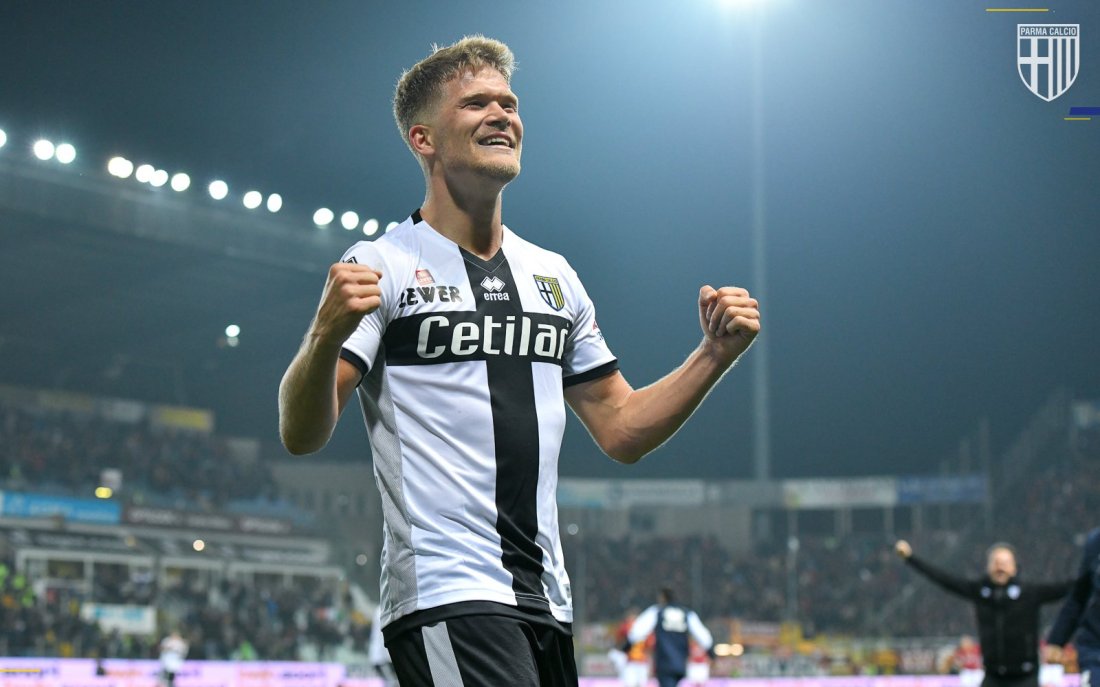 Like in the majority of games that Roma plays because of the style of football that Paulo Fonseca plays it is difficult for opposing teams to have a lot of possession. This is why it makes things incredibly difficult to beat this Roma team. This team is capable of dropping points there’s no denying that but even with that it’s a different dynamic team need to take advantage of their chances that’s how you beat this Roma team. In the Atalanta game, it was different because of the attacking options that they have. However for Parma to do this with only 38% possession was incredibly special. The question is how do they do it? Simply put they took advantage of limited opportunities. Parma is a team with a lot of speed and pace in the squad with Gervinho and Yann Karamoh even though neither of them scored they contributed in Parma’s ability to take advantage of limited opportunities. Despite having so little possession they created a lot of difficult situations for Roma goalkeeper Pau Lopez. They were able to break through the value of their possession proved to be incredibly important. In a match in which they had such little of the ball, they found ways to be incredibly impactful in the small areas which allowed them to take advantage of two opportunities that ultimately led to them securing a massive three points for Parma.

Nothing In the Tank 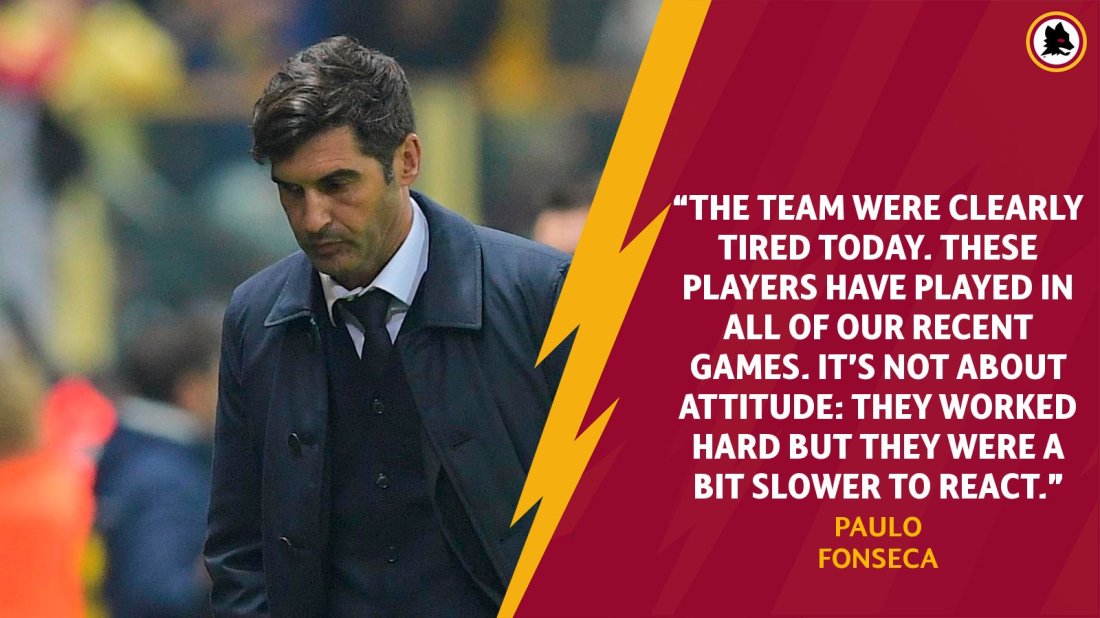 Roma had opportunities to win this game there’s no question that this has to feel like a disappointing result. Roma created a few chances if they put them away were having a different conversation. Not making any excuses for the performance but the circumstances made things incredibly difficult for Roma. Roma is completely out of energy and we’re exhausted even before the match kicked off. I thought Roma could win this game but I failed to take into account the stamina and lack of rest from the team. Roma has been mutually forced to play the same lineup for weeks now. This team has dealt with an enormous amount of injuries they are slowly but surely getting healthier which is really important. But even with that, they’re not where they need to be and Roma does not have that many options. You can Bang on Paulo Fonseca for some of the changes he made. I still have full belief in his abilities as a manager but I felt some of the substitutions he made came at the wrong time but you can’t fault him because of the lack of options. This team is exhausted having to play so many games in the last week and it showed how tired they really were. They could have found a way to win but there just was nothing left in the tank. They had to play repeatedly and it can be a wear and tear on the body which is why it is so important to have depth and the fact that that was eliminated by the injuries that they have suffered this season it made things incredibly difficult. Roma did not play particularly well throughout the game and probably should have found a way to at least get a point had they been rested Roma team would have fared better. 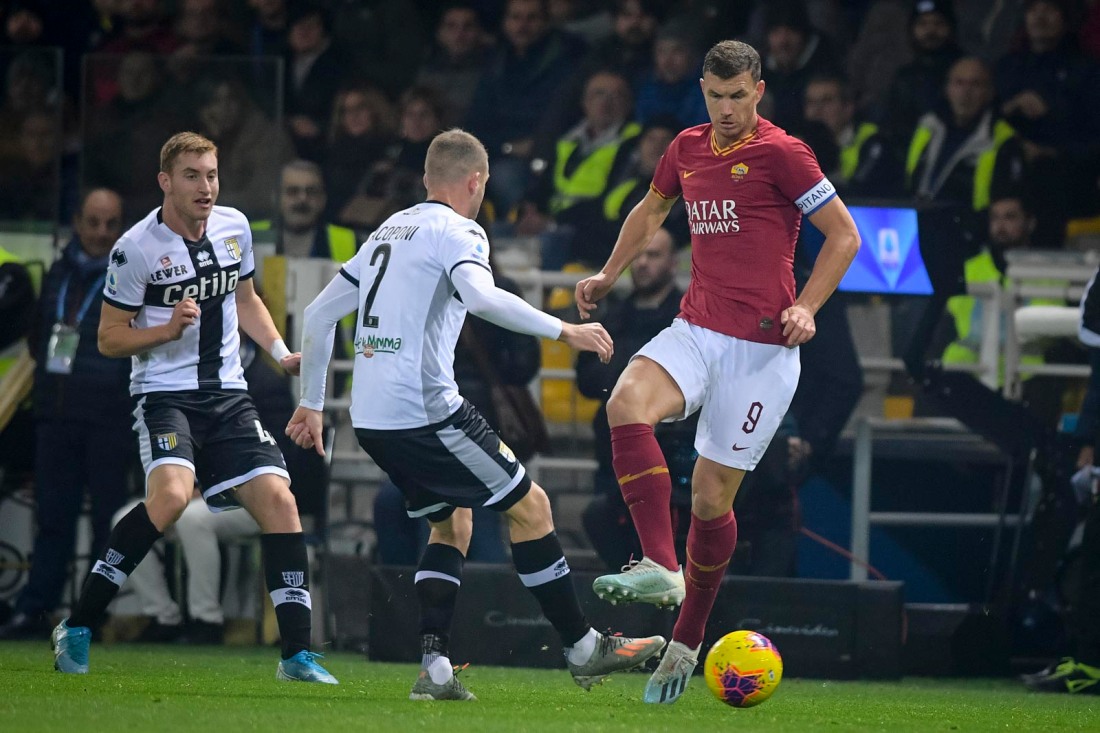 Every week I’m going over the same point over and over again. Clinical finishing and the inability to put away their chances has continued to be a problem. It’s not just been a problem this season it’s been a problem last season and it was a problem the season before that. It is so confusing why this continues to be an issue. Roma is better this season in comparison to last year. There is Talent and quality all over the place at this point it is unclear how to fix it but it needs to be fixed. Roma was exhausted yesterday having had to play so many games in so little time. You can’t fault them for running out of gas multiple times in the match. However, Roma created enough chances to score goals and win this game. This game was always going to be tough because of the lack of rest that this team has but it’s just simply not good enough they needed to convert their chances Roma needs to do something about it. This cannot still be a problem during the second half of the season when Roma starts playing more challenging games. This is a Roma team that has talent and ability across the board the defensive problems have evaporated. Now the Roma defense is one of their strengths. The Midfield isn’t perfect with as many injuries as they have in that area but they have a talent within it. Then upfront Edin Dzeko when is he is given good service he’s able to find the back of the net pretty regularly. There’s something here that is not adding up. Roma has to find out what that is and how they can fix this problem if this doesn’t change Roma will find it difficult to pick up points in important moments this is something that Roma is definitely capable of doing but the finishing in front of goal simply put has to be better. 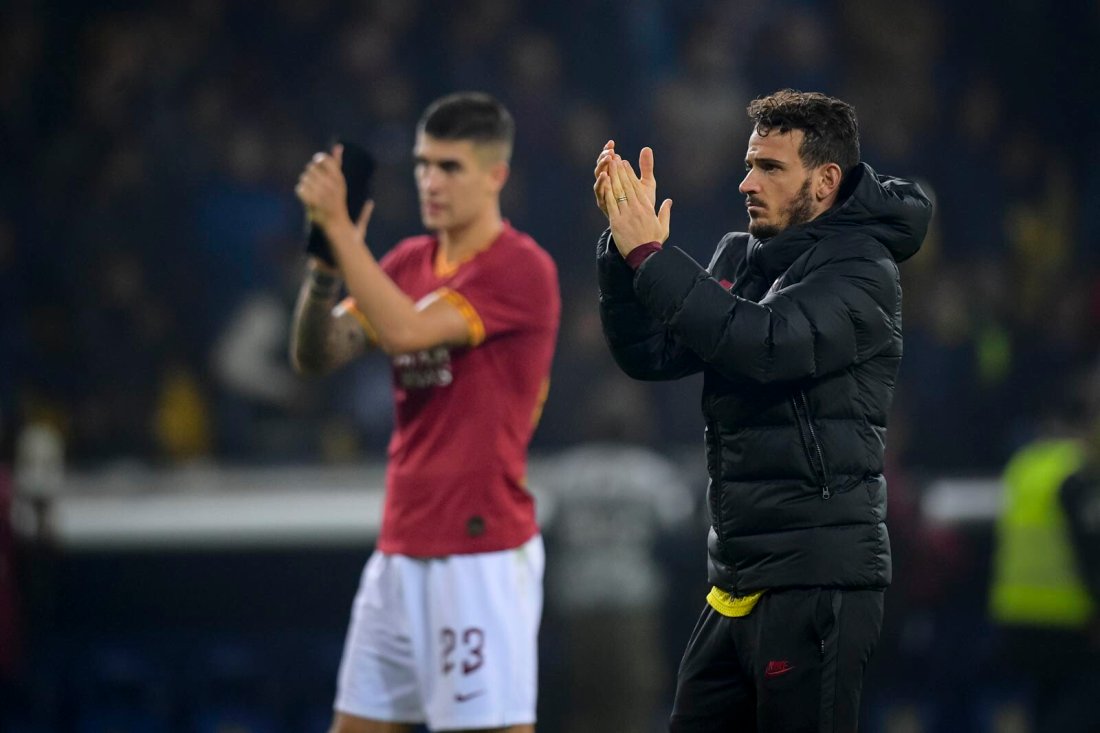 Alessandro Florenzi continues to spend time on the bench. He has not started a game in quite some time and is barely being used at all. He is the captain of Roma as the armband was handed to him from Daniele De Rossi and Francesco Totti. He represents Roma with the level of passion he and the way he plays with his heart for the club. Unfortunately, it appears that Paulo Fonseca does not view him as a crucial part of this team. Roma has good options in his position both in the Midfield and at right-back with Leonardo spinazzola however, Florenzi deserves significantly more playtime and recognition. Paulo Fonseca has been fantastic for Roma so far despite their placing in the table he has played an attacking style of football that we have not seen in a long time. However with that being said it is incredibly strange that the Roma Captain Still Remains on the bench. He is not even being brought on as a substitute when they need a Defender. He continues to sit on that bench as he seems he is not allowed to contribute. It’s at the point now where Santon is being picked before him. Something must be going on internally because none of this makes any sense. Especially when Leonardo spinazzola got injured in the Parma game last night it was so clear that Florenzi should have been brought in But not only was he not brought in he didn’t make an appearance in the entire match. It’s been multiple games since he’s even been the pitch. They need to find a way to integrate him into the team or else somebody will come in for him and take him away from Roma. He is a Roman boy and the captain of this team he does not want to leave but he does need playing time hopefully Paulo Fonseca will start giving him playing time he deserves Roma’s captain can’t continue to rot away on the bench. Something’s going on it’s unclear what that is but it needs to be dealt with a player of his quality shouldn’t be wasted on the bench. 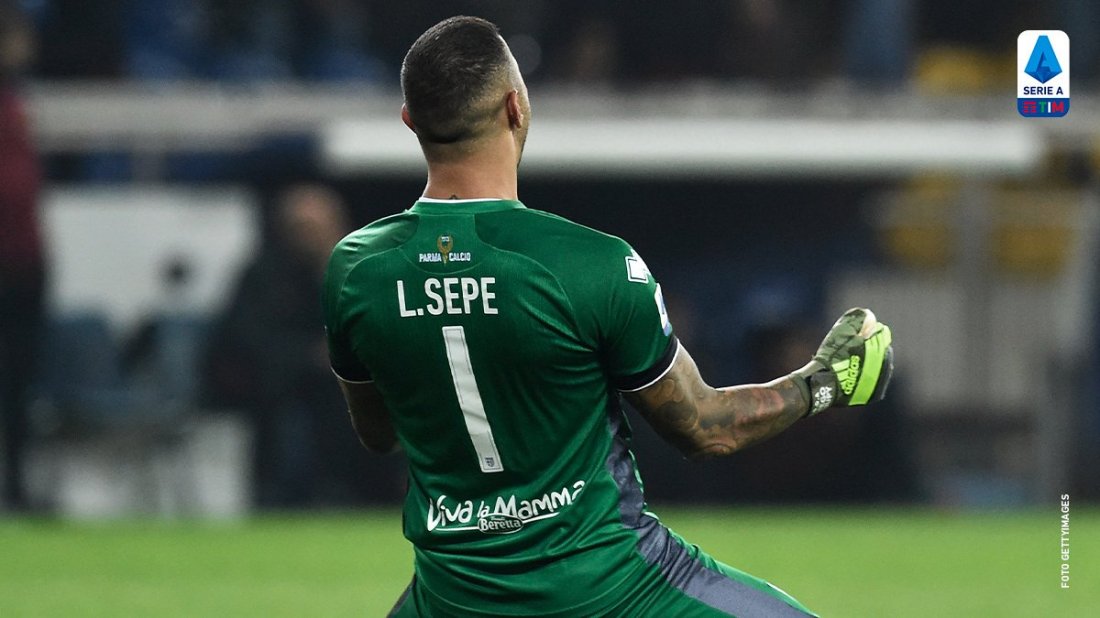 Parma has come a long way since the clubs bankruptcy. Last season they were returned to Italian football after being gone for many years. They did tremendously well building this club into something special. Parma is a team to be feared with the players they have with Gervinho and Yann karamoh that makes this attack so incredibly dangerous. They showed their ability to compete as they get a massive three points against Roma they have done tremendously well against some of the big teams including a result against Inter Milan not that long ago. Parma has an outside chance at making Europe this season they are within points of the top six and are a team that can compete on a weekly basis. They have developed themselves into a winner brought in the right pieces to make them a threat in Italian football while they will not compete for the league title or giving where they’ve come from to get where they are now has been truly remarkable. They continued to add quality within their squad with a good coach that is capable of leading them to places they haven’t been in a long time. I’m optimistic about their chance of making Europe it is something that a club like Parma truly deserves as they attempt to become what they once were. With a result like this, it is certainly a step in the right direction.