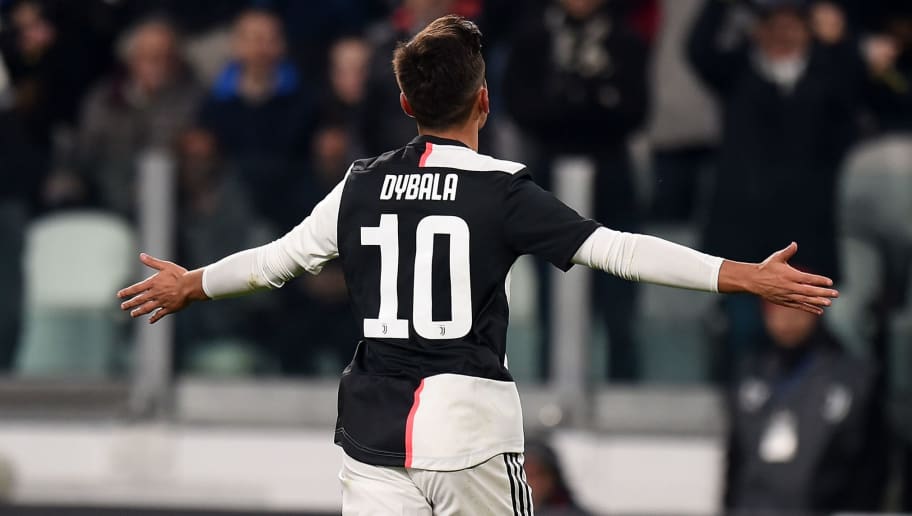 This weekend in Serie A we saw one of the best fixtures in Italian football history. In what turned out to be a thrilling match between two Italian football heavyweights. Juventus and AC Milan have won more trophies in Italy than any other team. At its peak, it was one of the best rivalries not just in Italy but in all of Europe. Every time these two teams face each other there is an increase of intensity between them. Current form or is irrelevant when the old lady and the Rossoneri go head to head. AC Milan has beaten Juventus more than any other team having 49 victories against them historically. Neither team came into this game with momentum. Juventus and AC Milan have struggled significantly this season. Obviously, AC Milan has already been through a manager and are trying to find their way under Stephen Poili. It hasn’t been easy days getting points has been more difficult than expected with AC Milan continuing to having problems. Meanwhile, Juventus despite being the favorites to win the league title again have struggled as they have failed to live up to the standards for a club of their history and stature. The iconic fixture was a special occasion in Turin last weekend as we saw a tough match between two teams looking to rewrite the ship. Juventus had a few early chances that made Donnarumma do his work as he has always seemed to be forced into with a lack of offensive reaction from AC Milan. Nonetheless, this was a different type of performance from the Rossoneri. AC Milan made things really difficult Juventus and found ways to cut into the box and do some serious damage. This team needed a response after an abysmal start to the season. Suso set up Piatek merely giving them the opener. Juventus did have their chances in the first half but the match, for the most part, was dominated by AC Milan they have a lot of momentum coming forward and for the first time this season there was a certain quality about them. In games like this AC Milan tends to struggle but even with that, there was a sense of hope in the way they were playing. Unfortunately, Szczesny was at his absolute best making some jaw-dropping saves to keep Juventus in the match. The level of difficulty and some of the saves he was making was astounding without his performance AC Milan probably cut into the lead. It was a goalless first half AC Milan continue to have control of the match as they were getting into dangerous areas often but Szczesny continues to deny them. It felt it was only a matter of time before the breakthrough. The game seemed to be heading to an AC Milan Victory or a point split Juventus was lacking something. Cristiano Ronaldo who was having a horrendous performance in a huge shock was substituted off in the 55th minute. He walked right past Sarri and left the stadium in what was a certain lack of class. Coming in for him was Paulo Dybala was La Hoya going to make the difference? The match changed when he entered the pitch. Milan did still seem to have that momentum and opportunities to breakthrough in the second half. But the impact of Paulo Dybala gave Juve opportunities to breakthrough. The creativity the fluidity between teammates seem to be lacking when Paulo Dybala came and everything came everything changed. Despite how valiantly AC Milan played Paulo Dybala was the hero for Juventus. He cut through the box drilling the ball into the bottom corner beating Donnarumma to give Juventus the 1-0 lead. A superstar performance from the Argentine International as he justifies the claim that he should be starting for this Juventus team that has had its issues. AC Milan didn’t back down though they continue to try to fight back with not much time remaining. However, Szczesny continues to make important saves. Then late in the match, Paulo Dybala at nearly added a second. AC Milan did everything they could to earn a point despite their efforts Paulo Dybala on unleashes himself as the hero at the Allianz Stadium. He comes off the bench to score a vital goal as Juventus goes to the top of the league right before the International break. Inter Milan continues to put pressure on Juventus and they continue to answer it. 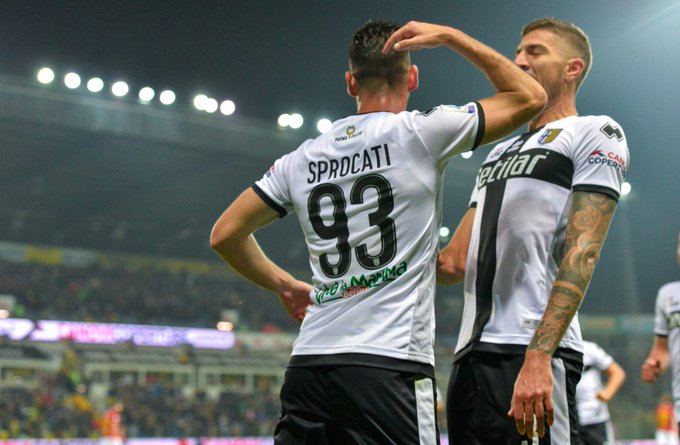 Roma was coming off a loss in the Europa League on Thursday following three consecutive victories against Udinese, AC Milan, and Napoli. It appeared for the first time all season Roma was playing with momentum and confidence. They even managed to put themselves into the top 3 in Italian football. However, things began to break down after they felt defeat for the first time in at nine matches. It was an exhausted Roma team that basically had essentially the same line up for weeks having played in Serie A and the Europa League within days of each other. Nonetheless, it does not excuse the performances we saw on the pitch. Roma fell to Parma last night. Parma is a young energized team who has returned to Italian football and made a name for themselves once again. They were rested and energized and up for the challenge. They performed admirably against a team that beat them twice last season. Despite that in both matches Parma showed their qualities. It was a goalless first half but despite that Parma did seem like the better team as they were threatening at times. Despite having significantly less possession they were taking advantage of it. Meanwhile, Roma struggling in front of the goal which seems to have been a recurring problem. In the second half, Roma nearly took the lead when Alex Kolarov hit the crossbar on a vicious free-kick Javier Pastore tried to follow it up with a rebound goal in what felt like a missed opportunity for Roma. Just a few minutes later substitute Sprocati scored for Parma giving them the 1-0 lead. With less than 30 minutes to go in the match. This is not what Roma wanted going into the international break it felt important that Roma get points but the match that was slipping away from them. Roma started to open up in an attacking sense late in the match however it was clear they didn’t have much left in the tank and despite coming close on a few occasions it just wasn’t going to happen for them. Missed opportunities truly cost them but their lack of energy clearly impacted the result. In the closing moments of the game, Andres Cornelius scored a second for Parma as they secure a massive three points against Roma. Roma’s 9 games unbeaten run ends with a disappointing display as a dejected and exhausted Roma fall at the Stadio tardini. 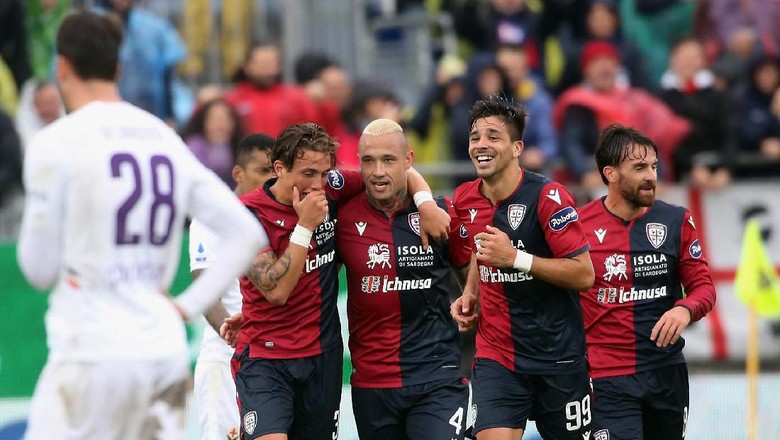 In one of the most incredible matches of the weekend between Caligari and at Sardinia arena with both teams vibing for European spots this season. Even though it seems unlikely they continued to try to keep these underdog Stories going. Cagliari started Fast and Furious as they played incredible attacking football from the very beginning of the match. Even though Florentina has the players to dictate their attack they found it really difficult from the early goings in the game. It was a performance from the ages from Radja Nainggolan. Less than 20 minutes into the game Cagliari cut Florentina open on a brilliant display of short passing efficiency. A sequence right outside the box as Radja Nainggolan stuck his foot out releasing a Marco Rog into the box as he smashed the ball into the back of the net to give Cagliari the 1-0 lead. They continued to dominate the game as they had complete control the way they were attacking was close to unstoppable Florentina we’re having fits all game long. Not long after their first goal, they doubled their advantage as Piscano scored coming off a corner kick putting to give Cagliari the 2-0 lead. Unfortunately for Florentina that was just the beginning, they were dominating this match from the first kick of the ball the side from Florence stood no chance once they got going. On the counter-attack, Radja Nainggolan blasted a shot at Dragonowski that rebounded. The intelligence and the anticipation of the Belgian were projected as the captain supplied a quick pass inside Giovanni Simeone who connected on an unbelievable backheel goal as the ball rolled into the back of the net to give Cagliari a 3-0 lead. Simeone refused to celebrate against his former team as he gave a tribute to late Davie Astori the midfielder. Cagliari was annihilating Florentina as they were on the verge of securing a place in the top four. It didn’t get any better for Florentina, in fact, it got a little bit worse. On an absolute a vicious counter-attack yet again Cagliari catches Florentina as the Florence side couldn’t do anything about it. Radja Nainggolan on the break supplied a perfect pass inside to Joao Pedro as the Striker smashed it into the top corner to give Cagliari a 4-0 lead. Absolutely embarrassing display by Florentina but just a few minutes later it was going to get even worse. Radja Nainggolan already had three assists in the game and was an absolute Dynamo performance in Midfield. The Belgian wasn’t quite done as he had one more moment of A world-class display. As the captain struck an outrageous hit that flew into the top Corner perhaps the most incredible goal in Italian football this season. His Wonder strike gave Cagliari a 5-0 lead. They were manhandling Florentina at home as the fans in Sardinia had Smiles on their faces. Absolutely miserable display but there was some light at the end of the tunnel as Florentina chipped away to reduce the deficit. Serbian youngster Vlahović off a corner kick scored a consolation goal. It would be his first goal for Florentina. Not long after he would add a second scoring a vicious strike on the side of the box as the ball cut through the top corner. In what was an eventual 5-2 to victory for Cagliari. Against all the odds they have Propelled themselves into the top four with an incredibly impressive victory. Meanwhile, Florentina falls on their faces Being utterly dominated for 90 minutes. It was truly a performance of the ages from Radja Nainggolan a captain’s contribution splits the difference in a dominating display at Sardinia Arena.