Pablo Dybala comes up and delivers in yet another big game for Juventus. For the second time this season I recognize him as one of the performers of the week. He is really starting to find his way into the squad more regularly. He is a player that Juventus were not sure about coming into the season having a nearly went to England. They did everything they could to get rid of him even with all that he has delivered and has been one of the best players on the team when he has been given time. For comparison, he has played significantly better than Cristiano Ronaldo this season. Juventus vs AC Milan is a huge match and he came off the bench and delivered a knockout punch. A performance like this should convince the team to play him more. He is such a sensational Talent with Pace speed intelligence and effectiveness. He is a special talent that Juventus hasn’t quite realized yet. In seasons in which he was starting regularly, he has put in some really fantastic performances. We are seeing that this season off the Bench in big moments they Paulo Dybala is one of the most superior players in the squad he is a level above most in Juve squad. He has come off the bench a lot of situations and comes up with big moments. He has come through in two of the biggest games of the season against Inter Milan and AC Milan he has scored a vital goal in both matches. It was a tough battle with AC Milan this weekend and when they needed A goal they relied on the foot of Paulo Dybala. To everyone’s surprise, Cristiano Ronaldo was taken off in the 55th minute Baylba came in and make the difference. Within 25 minutes Pablo Dybala supplied a knockout punch to AC Milan scoring a crucial goal that keeps Juventus title Ambitions intact bringing them back to the top of the table as Inter Milan continues to apply the pressure. One of the best performances of the week even though he played less than 45 minutes he was given the opportunity and thrived on it. It is abundantly clear now that Pablo Dybala does not belong on the bench there are so many times in which he has come off the bench and made the difference that could be a tactical move but he certainly has the abilities and the skill set to be one of the best players in the league but in order for that to happen he needs to be starting games. After a performance like that there’s no question that he deserves to be integrated into the starting XI, he was nothing short of special as Paulo Dybala continues to come through. The bigger the game the better he performs the possibilities are endless for Dybala if he is given the playing time he rightly deserves without question one of the best performers this week when things were in doubt Pablo Dybala came through as the title race continues.

Returning it to the list for the second consecutive week would be Radja Nainggolan. The Dynamic midfielder turned back the clock and put together one of the greatest performances we have seen in Italian football this season. He was absolutely Sensational a truly productive and effective performance that helped his team to three points. Don’t look but Caglalri is on the verge of European football as they move into the top four. It is unlikely they will stay there for very long but this team has surprised so many this season. The Belgium midfielder was a different kind of special usually the impact radja nainggolan has does not get the headlines but in this case, the entire country had their eyes on the performance. Against Florentina side, that has started to pick up momentum Caglalri and radja nainggolan, in particular, blew them away. In what was a 5-2 to a demolition. The former Roma midfielder contributed to four of the five goals scored by the team. He is a player that is no longer in his prime and is on the back end but the effectiveness of his performance cannot be understated he was truly Sensational putting in a world-class performance. He is slowly starting to gather some momentum with this team as we are starting to see a glimpse of what he once was. He’s capable of putting in these performances but his performance this weekend was on another level. Radja nainggolan showed incredible displays a passing and vision with his intelligent play through the Midfield. He was dropping dimes all over the place. In what was a one-goal 3 assist performance. He made life absolutely simple for his teammates the passing abilities that he displayed this week was truly something special. He did all the work for them they just had it to finish. Not to mention he scored an absolutely outrageous strike to cap off a world-class performance showing the world he still has a little bit left in the tank. Words cannot describe how impressive he was against Florentina it was the single greatest performance we have seen this season. 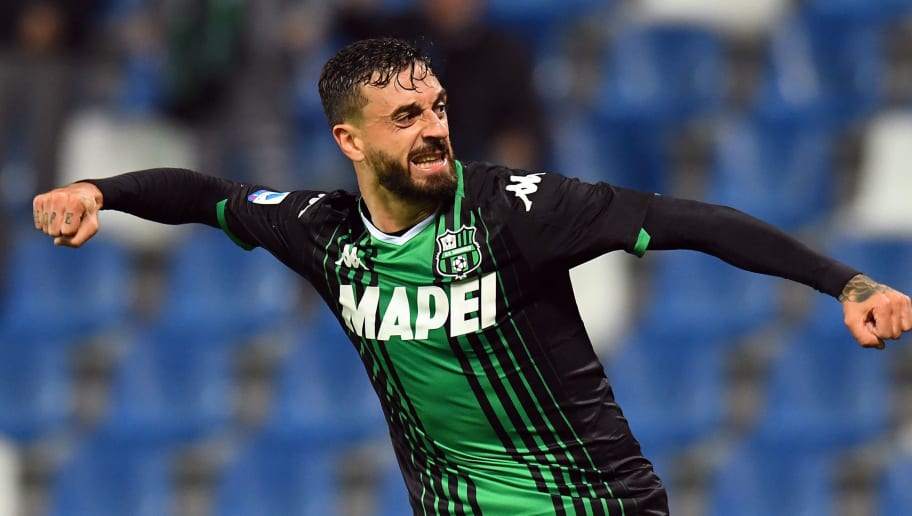 Sassuolo is now on the verge of moving into the top 10 of Italian football. They finished just outside of it last season and are looking to secure another top-10 finish. It has been a kind of slow start this season but it seems they have gotten themselves in gear as their Ambitions and goals are within reach. Sassuolo sits just two points from the top 10 after an inspiring performance by Francesco Caputo. Sassuolo earns a tough 3-1 Victory against bologna. This team has the talent and the ability to even push further up in the top 10. With the likes of Berardi, Alfred Duncan, and Francesco Caputo as well as many others. The biggest problem with them has been consistency if they could maintain consistent performances throughout the season this team could be really dangerous. Francesco Caputo showed his qualities as he was one of the best performers of the week making my list for just a second time. He gave them a 1-0 lead in the first half to get them going. They were able to add another and it looked like they were just coasting to three points without issues. However, bologna didn’t back down as bologna with just 20 minutes to go got one back. There was a sense of hope that they could at least on a point but Francesco Caputo had other ideas. Within 4 minutes he had scored another in what was a tremendous display. He has five goals and three assists this season as he is off to a strong start to this campaign. He will be essential in their chances to make it into the top 10 this season. After 17 goal season (Empoli) last year, he’s certainly capable of similar margins if he continues to display his ability to score goals in important games it could be truly special. He needs to work on his consistency but he has shown it to be an important part of this team. His performance against bologna Not only was important but was incredibly impressive. He is not necessarily a big name but as he is proving he is capable of putting in big performances An influential display from the striker.

DONKEY OF THE WEEK: Cristiano Ronaldo

This week we have to recognize something that nobody wants to talk about because of the sad implications. The donkey of the week goes to Cristiano Ronaldo I’ve held off on this as long as I could but after his performance against AC Milan, it is utterly unavoidable. Cristiano Ronaldo is one of the greatest footballers in history he’s arguably on a scale the most dangerous goal-scorer this game has ever seen. He and Messi have been battling for that top spot for a decade and he has held up his end of the bargain for a large majority of it. He truly is one of the greatest we have ever seen there will never be another Cristiano Ronaldo that is how unbelievable he has been I don’t want to understate that he has his name in football history and nothing will ever change that. However, it’s the past now Cristiano Ronaldo is not what he wants was. He is starting to deteriorate as it happens to a lot of all-time great players. We are seeing this in front of our eyes. Cristiano Ronaldo last season what NOT the best player in the league but still had a little bit of juice left. He may have emptied the tank now. He is still better than 90% of footballers in the world he is still a world-class player occasionally. However, there’s no way of going around it this season he has been awful. We’ve been waiting for him to get out of this funk and show us who he is but it just hasn’t happened he is not in the conversation for the best player in the world anymore and quite honestly should not even have been nominated for the Ballon d’Or. I love Cristiano Ronaldo in the way he plays his personality but this is just the reality now. Last season he wasn’t a top-three player in Italy as crazy as that sounds it is a truth. This season he may not be in the top 30 for whatever reason he has not been able to figure it out this season and Juventus ultimately are not going to get what they paid for. You can blame it on Sarri all you want but his football does not prevent him from being a world-class player he is done that all by himself. The writing’s on the wall he is capable of coming through in big moments in but collectively throughout a season he just isn’t that player anymore. This week against AC Milan he struggled to get anything going lost possession far too frequently and very nearly could have lost the game to AC Milan. He was abysmal in a very big match. He was substituted out for the second consecutive game. Then what happened his substitute Paulo Dybala scored the game-winning goal. In both games in which he has been substituted off Juventus has found a late goal with him on the bench. He did not seem to take it very well as there were pictures of him leaving the stadium after he was taken off. I can understand the frustration of that dynamic because he’s Cristiano Ronaldo in his entire career he’s only been taking off a few times. However, despite the situation, he has to support his teammates sit on that bench and be the leader he’s capable of being. His leaving the pitch and the stadium was not a good look it is sad to see the deterioration but he has to compose himself in a much more professional manner as he earned himself the donkey of the week.