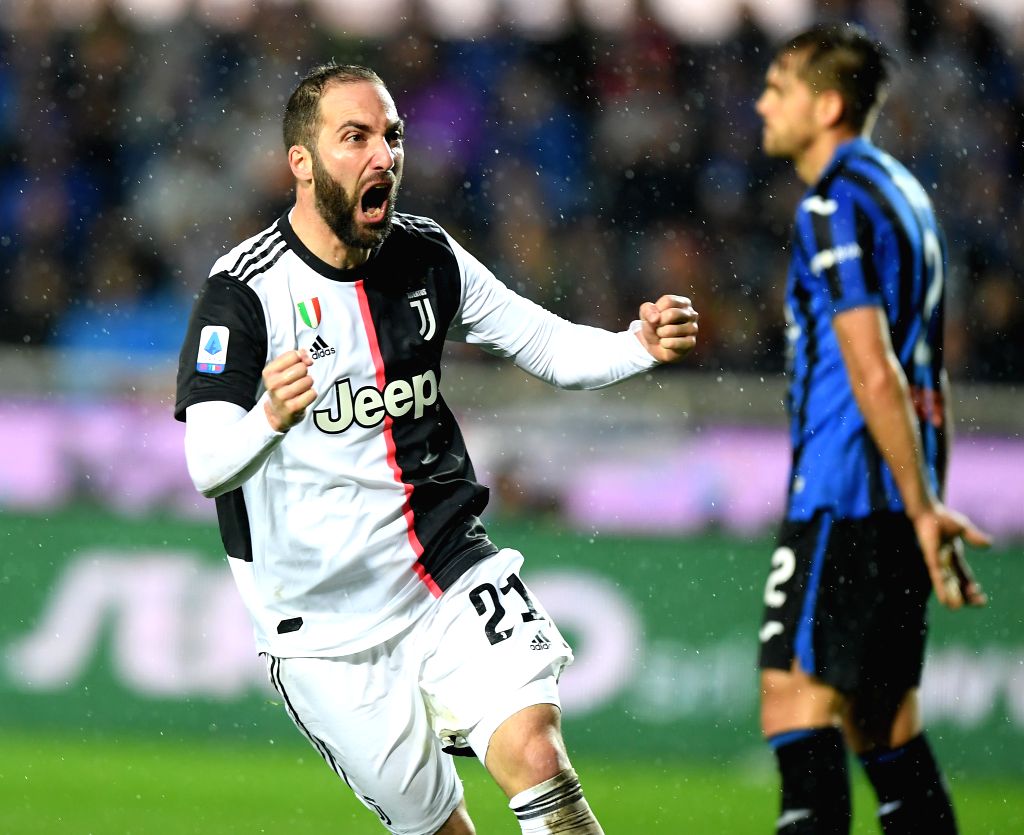 In a huge matchup against Atalanta Gonzalo Higuain was the difference. He makes his debut on the list after a tremendous performance that was required as Juventus come from behind to beat Atalanta and take all three points with them as they maintain the top spot in Italy. Gonzalo Higuain has come back from a disaster in the last couple of months and finally showing Juventus his capabilities in the side. Last season Gonzalo Higuain played for two different teams going on loan to AC Milan and Chelsea. He had a miserable season and there were serious questions whether he was even good enough to play for Juventus. He had options to go to several other teams and even though Juventus was actively trying to move him he refused and wanted to earn his place in the team. He seemed that he was past it and Juventus clearly hadn’t gotten what they paid for following a historic season with Napoli. However once again at playing under Sarri again, he has found his life. Even though it was highly speculated that Gonzalo Higuain was going to find difficulties getting into a squad that featured Cristiano Ronaldo and Paulo Dybala he has proven all his doubters wrong this season. Even though Paulo Dybala orchestrated a lot of chances into Gonzalo Higuain he was superb throughout the match. He came close on several opportunities in the first half and in the second half he led a comeback after Atalanta had taken the lead. Higuain scores twice in 8 minutes to help Juventus take the lead in Rapid succession. Not only that Paulo Dybala got a late goal in stoppage time that was assisted by Gonzalo Higuain. He played a role in all three goals that were scored and was absolutely astounding making the biggest difference. Other players were involved and played a part but Gonzalo Higuain was The X Factor following late heroics Juventus stays at the top of the league. After struggling so much last season we have seen a different version of himself. He has five goals and five assists in all competitions this season and no longer appears to be expendable he has become an asset once again without Cristiano Ronaldo Gonzalo Higuain proved to be capable of taking on that role. As he was one of the performers of the week with an incredible display against a really strong team. 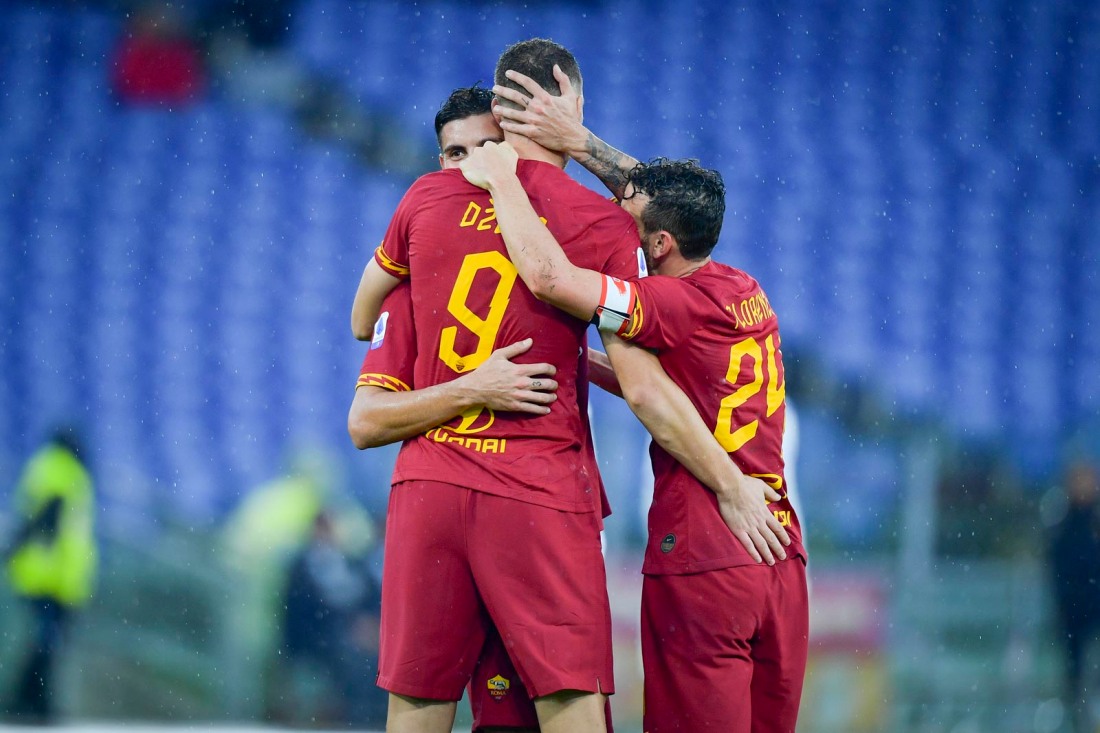 Edin Dzeko was special yesterday and once again was one of the best performers of the weekend. He has been a different type of player under Paulo Fonseca he’s playing with more confidence and is finding the back of the net more regularly. He’s not perfect and does go through stretches where he’s not scoring but despite that, he gets himself and his teammates in positions to be effective. It was a tremendous performance that saw score his 94th Roma goal in his 150th appearance for the club. He truly has been one of the best players that have worn the Roma shirt. He continues to solidify himself as a legend in Rome. Hopefully, that ends with silverware by the time he’s finished. He was Sensational not just because he scored the goal which is obviously great but it was the way he held up the line of play orchestrated opportunities for his teammates as Roma was in complete control throughout the match. Edin Dzeko has found ways to be effective in games he’s not scoring. In the majority of the games he plays, he makes a significant impact as he did yesterday. He has learned to evolve as a player which is why he is having so much success this season he will more than likely double his goal total from last season. He is operating at a different level during this campaign. It comes down with his ability to become more of a complete player and all-around Striker rather than a player that needs to score every week. He made a decision last season that he has more responsibilities and just putting the ball in the back of the net. This is something that Cristiano Ronaldo unequivocally refuses to do. Obviously Edin Dzeko was never at the level of Cristiano Ronaldo but he takes the pressure off himself where he used to feel the need to score now he sees different ways to impact the game we have seen this week in and week out he still will score a large number of goals but the way he plays has helped it not to be the end-all for him. With the team that’s around him, he has been able to score goals and facilitate opportunities making a huge impact even in games he doesn’t score. He has evolved as a player and has made sacrifices to be the best player he can be for this Roma team. Last night was proof that not only did he score he did a lot of things that help his teammates get into position to make a difference that’s what separates Edin Dzeko from the rest. He may not be the best in terms of technical ability and may not put up the same type of numbers. He still is the most complete striker in Europe he can score goals with more importantly he holds up the line and gets his teammates involved and does things that makes the entire team as a whole incredibly dangerous and hard to stop for a player of his size his passing ability is second to none what’s makes Roma incredibly dangerous coming forward given the fact that he is a big imposing Striker with the ability to score & add his passing ability to that he is just special. This week he was just spectacular even if it doesn’t steal the headlines he was as effective as anyone during matchday 13.

Romelu Lukaku has proven out to be a star and a perfect player for Antonio Conte’s system. He has delivered yet again reaching double digits in goals this season. He returns to the list as one of the performers in the week as he played incredible in spite of terrible circumstances. Having to deal with the weather conditions on Saturday in what was a borderline flood in Torino. Inter Milan have the opportunity to continue to apply the pressure on Juventus. There was a lot of criticism in regards to bringing in romelu Lukaku especially at the price. However, it is undeniable this point it has worked. Can he deliver in the big moments in some really big games that is yet to be determined as Martinez does seem to be the player they rely on in those type of games. However, this has worked out as perfectly as you could imagine. By the end of the season, it is quite possible he could live up to the price tag. He has overachieved many people’s expectations of what he was going to be with Inter Milan. Inter Milan did make mistakes this summer but he was not one of them. Giving up on Mauro icardi was just foolish. However, romelu Lukaku cannot be blamed for that he was brought in to replace him and they got almost equal the production. There’s no question that Mauro icardi is a better player and would be more effective if he was still in Milan however romelu Lukaku has been pretty Sensational this has turned out to be an excellent purchase by Inter Milan. Martinez does help him a lot with his ability to take attention away from Lukaku as he gets into space more easily because of the impact that Martinez has on a team. This is a duo that just has worked they combined for 17 goals in Serie A already which is absolutely astounding. Both ended up scoring goals in the flood this weekend. Lukaku goal was especially difficult given the wetness of the pitch and the condition inside the Box he dribbled around a Defender to give himself a little bit more space as he tried to drill in the back of the net it was as a difficult as any go we saw this weekend because of the weather issues absolutely Sensational strike to keep Inter Milan rolling. On top of that, he could have scored a few more times but again the weather conditions played a role in that. Romelu Lukaku may be a system player and he may not be but there’s no denying how effective he has been and a difference he has made for this Inter Milan team. I believe this team is going to win the title and he is going to be a big reason why they do it. This weekend he showed how special he can be even in unfavorable circumstances he provided for his team.

DONKEY OF THE WEEK: Torino Defense VS Inter

Torino’s performance at home against Inter Milan was horrendous. Of course, I’m not blaming them for not being able to get points against arguably the best team in Italy. There were very few that were expecting them to get something from the game. Not to mention the weather conditions that did not help it was one of the rainiest days of the year in Italy. There were flooding and splashes of water all over the place. The pitch was being ripped apart throughout the match. In those types of conditions, it typically is very difficult to defend and sometimes score. However, I’m not letting Torino use that as an excuse. It was absolutely appalling defending throughout the match. If you look at this squad you would think they will at least be pushing for a European place at the moment they don’t seem to be anywhere near it. This is a team that nearly made the Europa League last season and now they’re not even in the top half of the table. Which is really underwhelming considering some of the quality players that exist within the squad. There obviously was a sizable mismatched in this game as Inter Milan have far more quality. It did not help that Torino lost their best player in the first half. However, it was a total lack of awareness as a simple defensive mechanics we’re missing from this team. I feel so bad for the goalkeeper Torino probably has the best goalkeeper in Italian football. Between Sirigu and Donnarumma those are without debate the best 2 in Italy. Sirigu made some really big saves in which Inter Milan probably could have scored. But time and time again not just tonight but this season he was let down by his defense. Total lack of awareness allowed Inter Milan to score two goals. They allowed a Counterattack by Martinez who is one of the quickest players in the league it was never going to be stopped on a counter given his speed and pace. Then on top of that, they were totally disoriented on a corner kick that followed a really great saved by Sirigu. It was an absolute abysmal display this was one of the best defensive teams in the league last season and they were able to keep all of their backline intact but for whatever reason, they cannot get it together and have been a liability defensively. When you have one of the best goalkeepers in the league and you don’t have his back it is a problem. This needs to be addressed as soon as possible because they will be dragged down into uncomfortable territory if this is not corrected.