Roma is coming off three consecutive wins as the club is getting that momentum back. They have posed as a threat in the attack this season and hoping to add to the impressive performances in their biggest match of the season. With the Champions League race as tight as it has been the Romans will face their biggest test on Friday night. Roma travel to the San Siro to take on the best team in Italy as Inter Milan will be awaiting them. Inter Milan are a different team this season as Antione Conte this summer has completely changed at the fortunes of the club after missing out on the Champions League almost consistently the last half-decade they are finally showing they have what it takes to win the title. Roma will have an almighty challenge on their hand especially away from home at the San Siro. Despite this Roma split the season series last year with Inter Milan which may give them a glimpse of hope in this match. Inter Milan has recently gone to the top of the league while Roma is trying to continue to ingratiate themselves in the Champions League race. This is the match of the week in Italian football you don’t want to miss it. Will we see Inter Milan justify their place at the top or Will Roma find a way to pull off an unlikely upset. We will find all that and more when two Italian heavyweights clash in Milan. 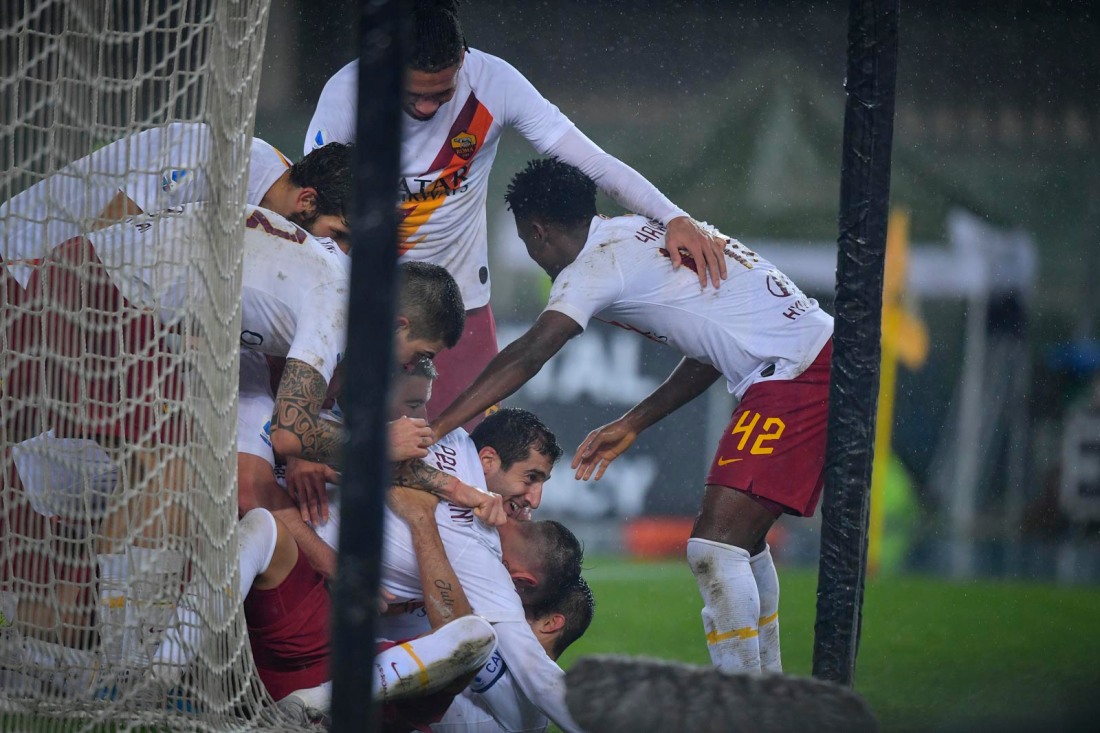 Roma will be forced to make a couple of adjustments ahead of the match tomorrow. However, the way they line up should more or less be the same for what we have seen over the last few games. In goal as always will be Pau Lopez the Spanish goalkeeper has done a terrific job so far this season after his a big-money move from Real Betis. Only one change from the backline for Roma as Roma are likely to line up similarly. At left-back, we can expect to see Alex Kolarov. Besides him one of Italy’s best Partnerships of Gianluca Mancini and Chris Smalling. Then at right-back, Roma has two choices between Alessandro Florenzi and Leonardo Spinazzola. As much as I love and respect Florenzi Leonardo Spinazzola gives Roma the best chance to win right now so in all likelihood he will get the start at right-back. Then in the defensive Midfield, we should see no difference as Jordan Veretout and Diawara are Roma’s only real options at the position for the time being until a Bryan Cristante and Javier Pastore return from injury. In the attacking Midfield Roma could potentially make two changes. Justin kluivert is out with a thigh discomfort. He will only be out about 10 days meaning he will only miss this match and maybe one more. In the central position will be the in-form Lorenzo Pellegrini who has four assists in his last three games. On the right-wing expecting to start again is Roma’s Turkish star Cengiz Under. On the opposite side of the left-wing coming in for Justin kluivert should be Nicolo Zaniolo who is returning from suspension. Then upfront will be Edin Dzeko. The Bosnian is under the weather with the flu but it’s still expected to play the match. Roma has good options on the bench with Diego Perotti and Hendrick Mkhitaryan. 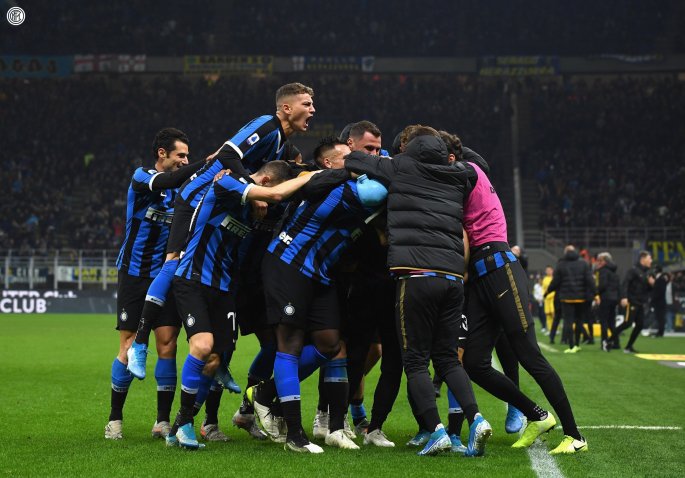 Inter Milan typically operate out of a 3-5-2 formation playing with a back 3 is what Antonio Conte has always done. There shouldn’t be that many changes with this inter Squad ahead of this match. The team played last week seemed to have worked so there’s no point in making drastic adjustments ahead of this game. With Nicolo Barella out with injury as the only real absentee from this Inter Milan Squad. In goal as always one of the best keepers in the league Samir Handanović. Inter Milan line up with a back 3 that consists of Diego Godin, Stefan de Vrij, and Milan skinnier one of the best defenses in the league. Inter Milan plays with five midfielders. As of their Midfield wine consists of Antonio Candreva, Vecino, Marcelo Brozovic, Matteo Politano and Valentino Lazaro. Then upfront, as the two Strikers be antagonizing Duo of Romelu Lukaku and Lautaro Martinez. 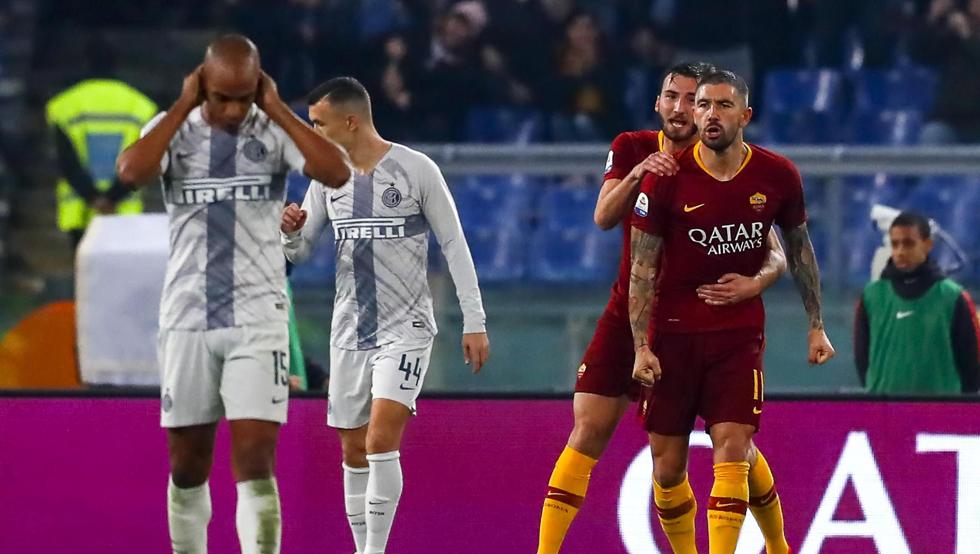 Roma will not face a bigger challenge than the one they will have to deal with on Friday night. Roma historically at least in the last several years has done well against Inter Milan in the San Siro. There is even a stretch where they went for years without losing in that Stadium. However, as I mentioned this is a different Inter Milan they are starting to see an unbelievable quality in their attack with Romelu Lukaku and Martinez. They are as consistent and dangerous as any duo in all of Italian football. Roma’s defense is good enough to make things difficult but I’m not sure they have what it takes to deal with the attack specifically Martinez. He is the best player in Inter Milan even though most people have a hard time accepting that. He has everything in a player that makes things difficult he’s got Pace athleticism and clinical finishing. In some ways he reminds me of Mohamed Salah he will make things miserable but is capable of missing opportunities. Martinez more so than that takes the attention onto himself at times leaves Romelu Lukaku in a neutral position to score goals. That is the biggest concern going into the game. There’s nothing else about this inter-team that really scares me. They are without question the best team in Italy. They have a fantastic defense a formidable Midfield and antagonizing attack. However, the part that truly can hurt you is the attack the rest is manageable that’s why Roma has a slight chance in this game. Their Midfield without Barela is not as strong as they typically are. This tells me there’s not going to be a clean sheet in this game. Even without Justin kluivert who would have been the biggest problem for Inter Milan because of their backline pace. They still should have something in disguise to attack them and take advantage. Going through the Midfield will be the point of attack. Their defense is as good as any but I believe Roma will find a way to create opportunities to put goals in the back of the net. Roma’s most important player for this match is definitely Jordan Veretout he supplies security in front of the backline while the having responsibility of pushing the ball forward. If he is able to eliminate that Roma will find ways to hurt them. Nicolo Zaniolo, on the other hand, is also important Inter Milan is the club that gave up on them he will have something to prove against them even without Justin kluivert Roma will have Pace with Nicolo Zaniolo and Cengiz who is capable of striking from anywhere as we saw last season against inter. These two pieces may be important because Inter’s backline is not the fastest of Defenders and making might find a way to breakthrough. However, even though I believe Roma can make things incredibly tough on inter. Beating them seems like a wishful thinking a draw would be a success for them. In all likelihood Inter Milan will do what it’s necessary to pick up all three points this will be a very tight game but in the end, Inter Milan is the better team and have all the resources to win this game. Roma will go to Milan and fall just short. 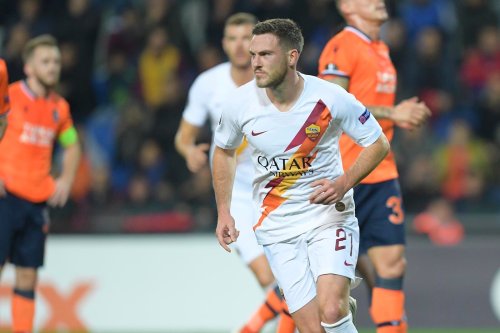