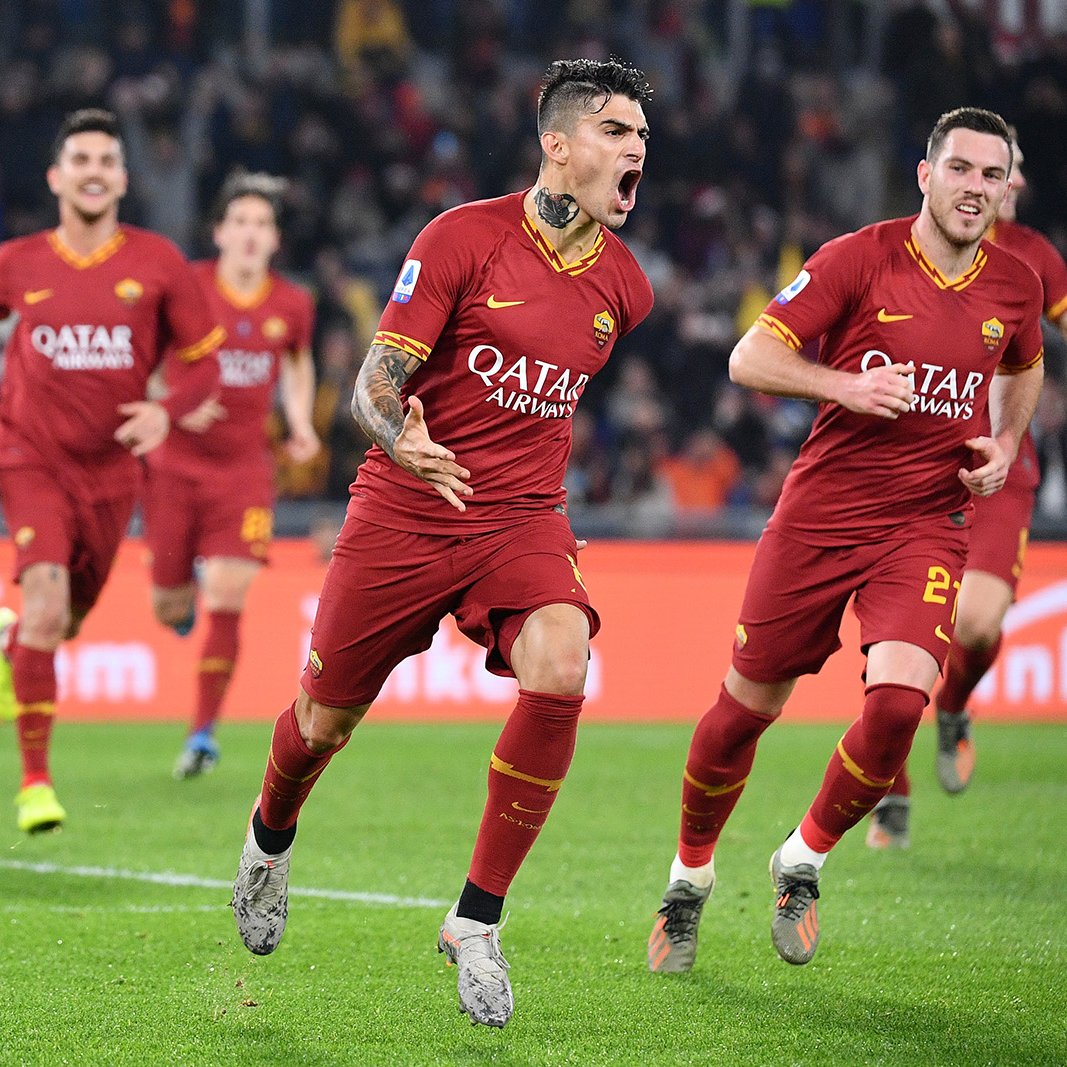 Following a disappointing result in the Europa League in a 2-2 draw against Wolfsberger and a tough 0-0 draw against Inter Milan at the San Siro. Roma would stay at home as they would welcome one of the weakest attacks in the league and a relegation candidate SPAL to the Stadio Olimpico in Rome on a Sunday night for a very exciting and dramatic match in Italian football. A massive result on the cards as 4th Place Cagliari and 3rd place Lazio play on Monday night which gives Roma the opportunity to make up some ground in the Champions League race. Roma was without several key pieces with the best center-back partnership in Italian football Chris Smalling and Gianluca Mancini both out. It was a rough opening 45 minutes for Roma they created a ton of chances but didn’t really have that killer instinct at least at the beginning of the match. Spal had the biggest chance of the game and right before half-time, they were given a controversial penalty. Andrea Petagna stepped up and beat Pau Lopez giving SPAL a surprising 1-0 lead. In the second half, Roma felt their momentum to a much higher extent. They didn’t have to wait very long for Roma to come through and make a difference in the game as the game started to turn in their favor. Lorenzo Pellegrini Struck from the side of the Box taking a slight deflection that ended up in the back of the net as Roma equalized to be ruled as an own goal. Not that long after Roma would draw a penalty of their own as Edin Dzeko was taken down in the Box. Diego Perotti stepped up and converted drilling the ball in it to the bottom corner to give a Roma a 2-1 a lead. Roma seemed to be in control of the match but did have some issues as they looked a little bit fragile in the back late in the game. However, super-sub Hendrick Mkhitaryan came off the bench and delivered the goods taking Florenzi’s pass tucking it into the back of the net to give Roma a 3-1 lead with less than 10 minutes to go. Roma came close on a couple more occasions but failed to extend the lead any further. As the final whistle blew Roma held on for a come-from-behind 3-1 victory pushing themselves into the top four. 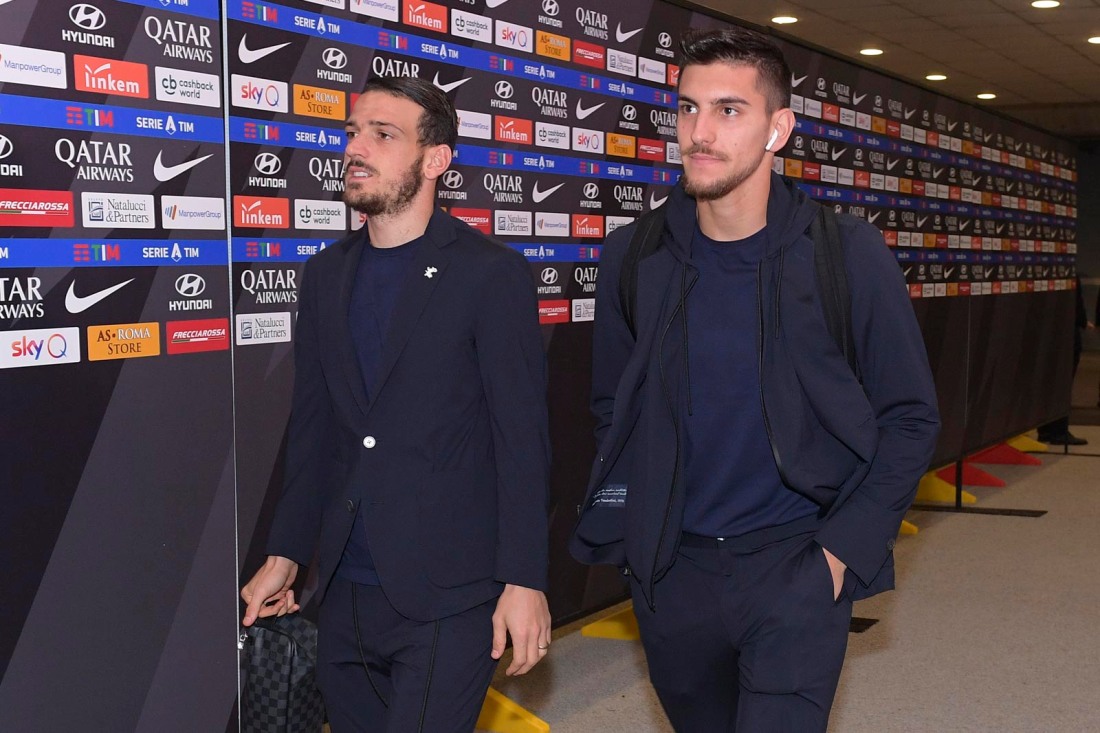 Roma had injury and suspension concerns ahead of this match. There will be some adjustments made but Roma still was able to put out a strong enough team. Paulo Fonseca’s side maintained their 4-2-3-1 formation as they have used this almost consistently this season. In goal returning to the lineup Roma’s number one the Spaniard Pau Lopez. There was be quite a mix-up in the backline. At left-back would be Alex Kolarov beside him would be the center-back partnership of Federico Fazio and Mert Certin. As the pair fills in for absentees Gianluca Mancini and Chris Smalling. Then at right-back looking for a rebound performance would be Alessandro Florenzi. There would be no change and the defensive Midfield with Jordan Veretout and Diawara fill out the defensive Midfield. In the attacking Midfield in the center position would be Lorenzo Pellegrini. Patrolling the left-wing filling in for injured Justin kluivert would be Diego Perotti. Then on the opposite side on the right-wing would be Nicolo Zaniolo. Then finally upfront as Roma’s main Striker making his 200th appearance for the club Edin Dzeko.

After preparations and predictions, the match was just about to get underway in the Italian capital as Roma played host to SPAL. Big opportunities for both teams on a Sunday night in Rome as the match kicked off. Roma attacked early as Diego Perotti open the game up with a close strike from the side of the box. Spal had an immediate response through Alberto Paloschi has Pau Lopez denied him of a good opening chance for the visitors. Roma has momentum in this match from the very beginning but was finding things not as easy as you would have thought. With a fragile backline being without Gianluca Mancini and Chris Smalling spall found ways to occasionally come forward. After an Edin Dzeko strike that was dealt with. Spal nearly took the lead as Andrea Petagna was within inches of giving them a shock lead. However, Pau Lopez came up with a huge save keeping the match level. Edin Dzeko came close yet again after having a chance orchestrated by Captain Alessandro Florenzi. A minute later Alex Kolarov saw his shot saved from the side of the box coming from a beautifully hit cross from Lorenzo Pellegrini. Roma was clearly the better team and was in the danger area the majority of the first half but they didn’t have the discipline to a breakthrough in the early parts of the game. Late in the first half Diego Perotti came closed before & Alex Kolarov was denied from long range. It had looked like things were going to remain level going into the second half. However, Spal was giving a late penalty under controversial circumstances. Alex Kolarov stuck his foot out before pulling his foot back making little to no contact with the attacker that threw himself to the ground. Andrea Petagna in the 44th minute converted the penalty as Spal took a 1-0 lead going into the second half.

Andrea Petagna strikes from the shot as lowly SPAL take a shock lead in Rome.

Roma created a lot of chances in the first half but they weren’t at their best having to deal with some absentees as they all of a sudden they found themselves down following a controversial late penalty that gave SPAL a 1-0 lead after the first half. Roma came out in the second half with much more conviction and confidence. Lorenzo Pellegrini was a setup by Nicolo Zaniolo the Roma midfielder struck the ball at the keeper but was denied. Certin and Nicolo Zaniolo both messed within minutes of each other before Roma finally got themselves back into the game. Lorenzo Pellegrini dropped the ball from the side of the Box taking a slight deflection before finding the back of the net to equalize. Less than a minute after Roma had gotten back into the game they tried to strike again but Pellegrini’s Long Ranger missed. Roma continued to chip away as they found themselves in complete control. Nicolo Zaniolo and Lorenzo Pellegrini were denied by Keeper before Edin Dzeko was brought down in the box as the referee pointed to the spot. Diego Perotti stepped up tucking the ball into the bottom corner to give Roma the to 2-1 lead in the 66th minute. 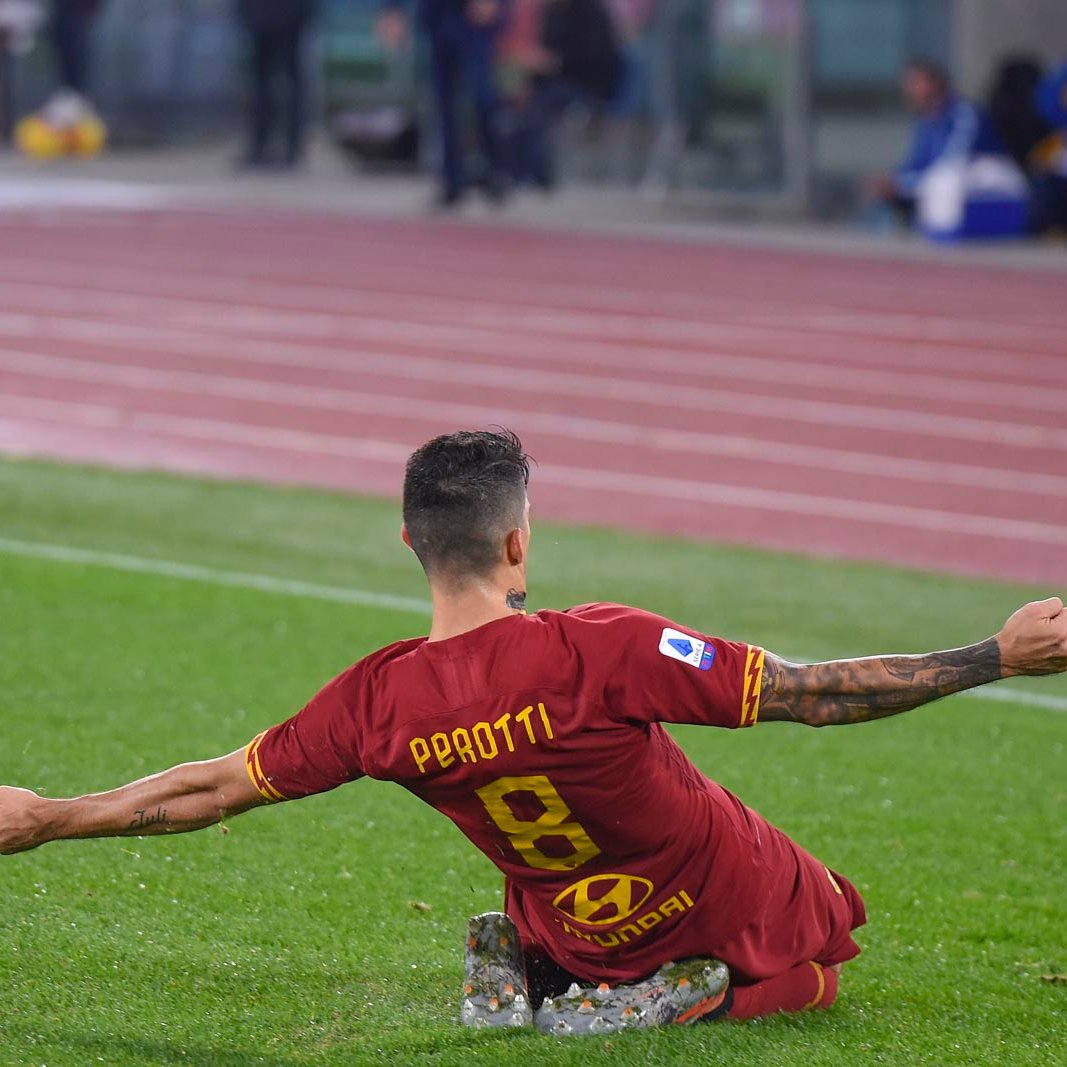 Perotti’s conversion from the spot puts Roma back in Roma following an Own goal as Roma take 2-1 Lead.

Roma continued to be in cruise control as they were only picking up steam as the match intensified. SPAL somewhat fell out of the game since the end of the first half but still tried to apply pressure on a shaky backline. Roma would make their first change of the afternoon as henrikh Mkhitaryan came in for Diego Perotti after a terrific performance. Within minutes upcoming on he delivered the final nail in the coffin. In the 83rd minute as Roma was coming forward Lorenzo Pellegrini initially connected with Alessandro Florenzi who sent a cross inside the box as it met the foot of Hendrick Mkhitaryan. The Armenian did not hit it cleanly but the ball rolled past the line to give Roma a 3-1 lead. Truly an unreal display of attacking football brilliance as they show Intelligence and communication between teammates that lead to the goal. In the closing moments, Nicolo Zaniolo was on the verge of giving Roma a fourth goal as time ran out as the Romans erased a first-half deficit to earn all three points at the Stadio Olimpico as the Romans make things even more difficult on Spal with a 3-1 victory on Sunday night.

Hendrick Mkhitaryan comes off the bench to deliver final blow

After a disappointing display in the Europa League on Thursday Roma responded with a much more clinical a mistake-free performance. Roma had a chance once again to get into the top four with the victory as well as Trying to minimize the gap between themselves and Lazio. Cagliari and Lazio play on Monday and a victory here certainly helps them climb up the table. Roma had injuries to deal with and some suspensions and there were parts of this game in which they struggled. Against a spal team with a toothless attack having only scored nine times all season. They are a massive threat to be relegated. For the majority of the first half, Roma dominated in terms of possession and had a lot more chances. However, they looked a little fragile in the back without Chris Smalling and Gianluca Mancini. Spal had an early opportunity to break the game open. The best chance of the first half actually came from the opposition. Roma had the bulk of the ball and most of the first half they were in attacking positions. After a controversial penalty that put them down. Roma rallied in the second half showing superb quality throughout. Even though the defense wasn’t where it needed to be the team did well enough in the second half to pick up a massive 3 points that could make a big difference over the next couple of weeks. Lorenzo Pellegrini scored his first of the season before it was taken away after being ruled as an own goal. This was followed by a Diego Perotti penalty and Hendrick Mkhitaryan scoring late off the bench. It was a very impressive performance that Roma should certainly build on as they feel the momentum and confidence going through the next couple of weeks. Diawara was one of the most impressive Roman’s during the match. He is truly starting to find his place within this team even though this is coming mostly because of the injury to Bryan Cristante. Every week he seems to continuously improve. He provides an aspect of the team that is really important. He creates good opportunities coming forward and makes intelligent passes in dicey moments he was really special tonight as he deserves recognition for his exceptional play. However, I thought Diego Perotti was the very best on the pitch. He provided a certain element he may not have the speed and athleticism of Justin kluivert but he was able to play a very important role in the game. As he is the man of the match tonight. In attacking areas he displayed exceptional passing and the ability to get inside to make spal uncomfortable. They had a hard time dealing with him the entire night. Not to mention he scored the penalty that put Roma in front it was a collective performance much-improved to what we saw on Thursday. The defense was a bit fragile tonight and that something that needs to be dealt with while Roma is dealing with some injuries but overall it was a collective performance and they made a statement. Roma struggled to win these kinds of games last season this season it’s a different Roma. Paulo Fonseca has an influence on this team and on this game showed true character as Roma has overcome the adversity as a short-handed Roma tonight prevailed in a match that felt like a must-win as Roma put together a really strong performance.

MAN OF THE MATCH: Diego Perotti (2)