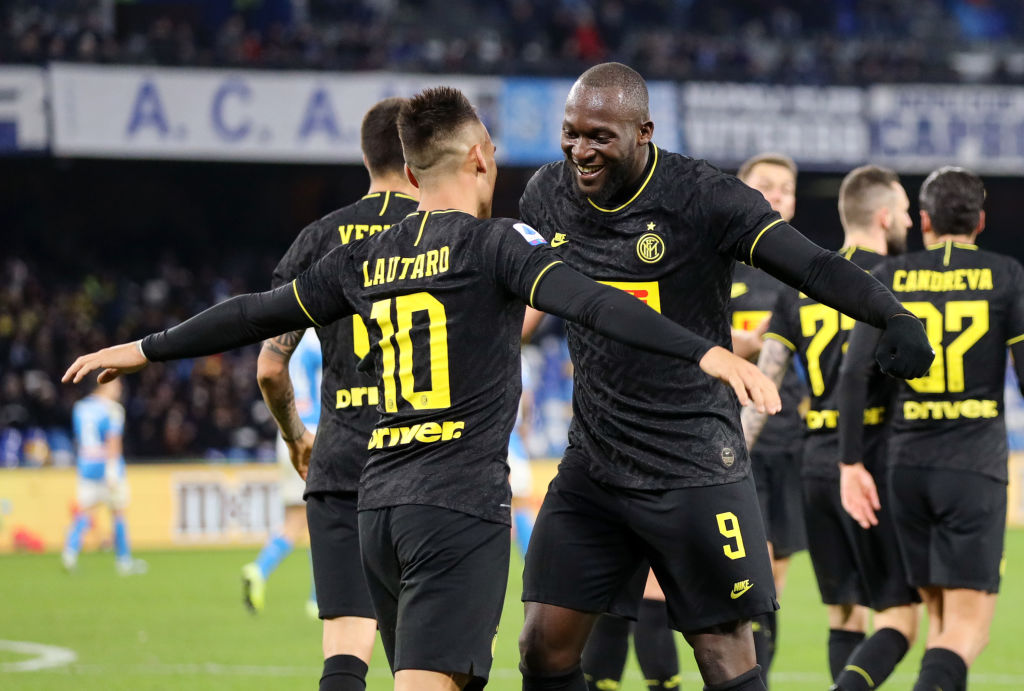 Inter Milan’s title ambitions would only continue going into the new year. As they faced off against a Napoli team that continues to try to find their way after a disappointing start to the season. In the same respect, this was potentially a statement game for Inter Milan the Milan Club has done really well this season as they have proven to be the biggest threat to Juve however this was an opportunity to show themselves against a big team. Even though Napoli has not played particularly well this season that’s still a big match and in the past a match that Inter Milan would have trouble with. On this occasion that would not be a problem as Inter Milan just appeared a step ahead of Napoli. Inter Milan started this game quickly as they looked to send a message to the rest of the league that Antonio Conte and Inter Milan are not messing around. Early in the match, Romelu Lukaku scored an absolutely outrageous goal. Taking the ball from Midfield all the way on the break with Martinez not far away and Lukaku struck a vicious shot at the goalkeeper hitting the post and going into the back of the net to give into Milan a 1-0 lead. Romelu Lukaku was just on another level this season it was a terrific run and score for the Belgian who continues to impress this season. Napoli had a few chances that came close have they tried to fight their way back into the game. However, it would be Romelu Lukaku again after Martinez started a Counterattack that ultimately found Lukaku on the left-wing as he struck from Deep, unfortunately, Alex Meret saw the ball slipped through his hands into the back of the net in what was a catastrophic error for the Napoli goalkeeper. However, Napoli would get themselves back in the game just a few minutes later following Inter Milan taking a 2-0 lead. On the attack, Napoli crossed into the box before another pass was issued to Milik who stuck his foot outputting the ball into the back of the net to minimize the deficit before half-time. It became a battle in the second half as both teams were exchanging blows. Napoli had a shared fare of opportunities but just couldn’t get themselves back on level terms. They continued to try to break through but it became a struggle. The opportunities in which Napoli could not convert ultimately would cost them. In the second half, Martinez would add to the scoring fun as the young Argentine put his foot through a ball sent inside the box to give Inter Milan a 3-1 lead. Despite the results more or less decided Napoli continues to come with aggressiveness as they tried desperately to get back into it but it was too little too late as time ran as Inter Milan pick up a massive Victory against a Napoli team that is capable of a bit more than they showed. 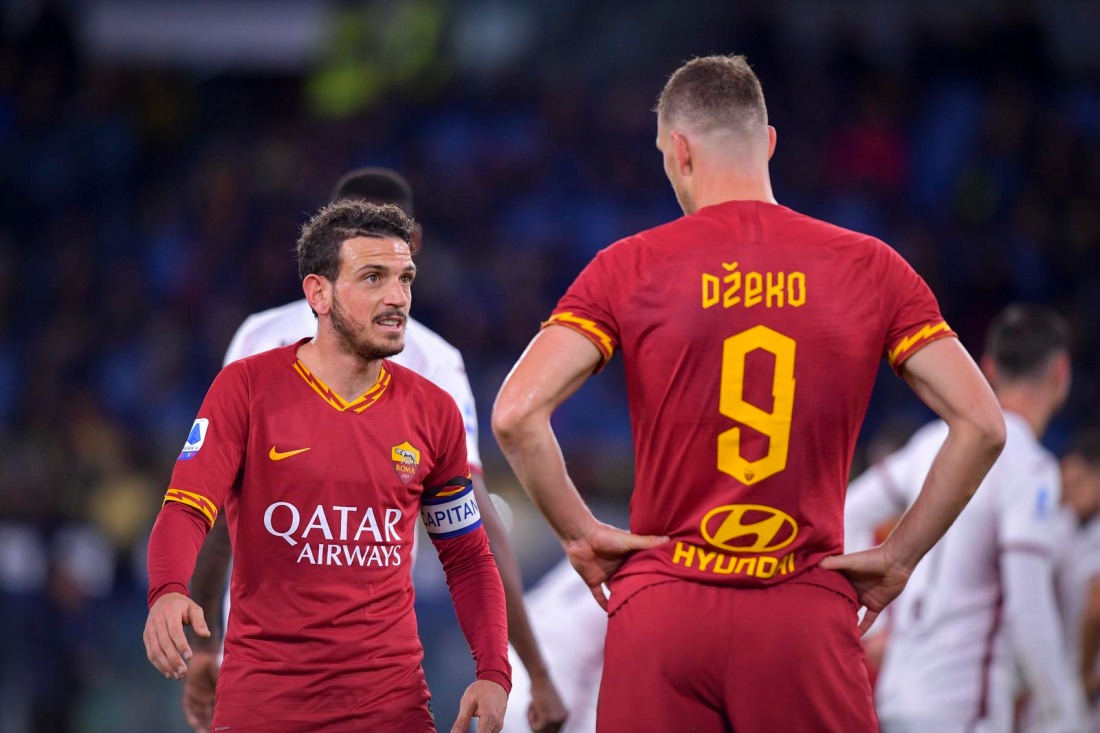 Sunday Night we saw Torino upset Roma at the Stadio Olimpico to kick off 2020 in what was a very frustrating yet somewhat controversial match in the Eternal City. Going into this match coming off a two-week winter break Roma had momentum and confidence in the previous weeks leading up to the break. Heading into the game Roma were unbeaten in their last eight games since their loss to Parma Roma had been playing some of their best football. Despite injury concerns that Roma were forced to deal with they were finding their way. Meanwhile despite a relatively strong start to end the campaign for Torino they have not been themselves this season and they used this match to try to change their fortunes in the league. Torino had beat Roma at the Stadio Olimpico a couple years ago in the Copa Italia but in terms of league matches that had not won in Rome since 2007. Roma throughout the opening half did show their superiority. Torino had a couple of chances occasionally in which Pau Lopez was able to deal with. Outside of that Roma with pressuring Torino almost constantly. Torino’s goalkeeper Sirigu was having one of his best games as he stood in the way of Roma taking the lead during the first half on a multitude of occasions. However controversy struck late in the first half. The match was given one minute of stoppage time. Despite that they let the game continue for an extra 2 minutes into in which Andrea Belotti scored a sensational goal that put Torino up 1-0 after 45 minutes. It was very poorly handled by the referee he just left the match continue until Torino scored. He favored Torino the majority of the match. There was no reason to justify extra minutes being added on. It was a very childish thing to do from the referee. In the second half Roma continued to try to chip away and get back into the game. It just seemed like it wasn’t going to happen for Roma. Roma continue to attack and got chance after chance after chance and just could not finish anything. They came close a lot of the time and the goalkeeping performance by Sirigu certainly played a massive role in the final results. Roma did not do well enough but they were still in the game with the possibility of earning a point. Then Roma’s moment nearly arrived they were coming forward on the counter-attack in what was their best Scoring chance of the game. The referee stopped A counter-attack by Roma and gave Torino a penalty from a previous play. Andrea Belotti stepped up converted the penalty and Torino took a 2-0 lead. It was utterly embarrassing and inappropriate for the referee to conduct the game in that manner he did. If you want to go back and look at the penalty by video review that’s your right as the referee however you cannot do it in the middle of a counter attack you wait until the ball is dead before you can do it the way this was handled with extremely inappropriate and unprofessional. Equally Roma created more than enough chances to get the job done and given the amount they created they certainly should have however that doesn’t exclude the fact that both of Torino’s goals came from those type of circumstances speaks volumes about this game has been called fairly it is possible that they would not have been given either goal. Roma should have won this and they had more than enough opportunities but we can’t ignore these facts. 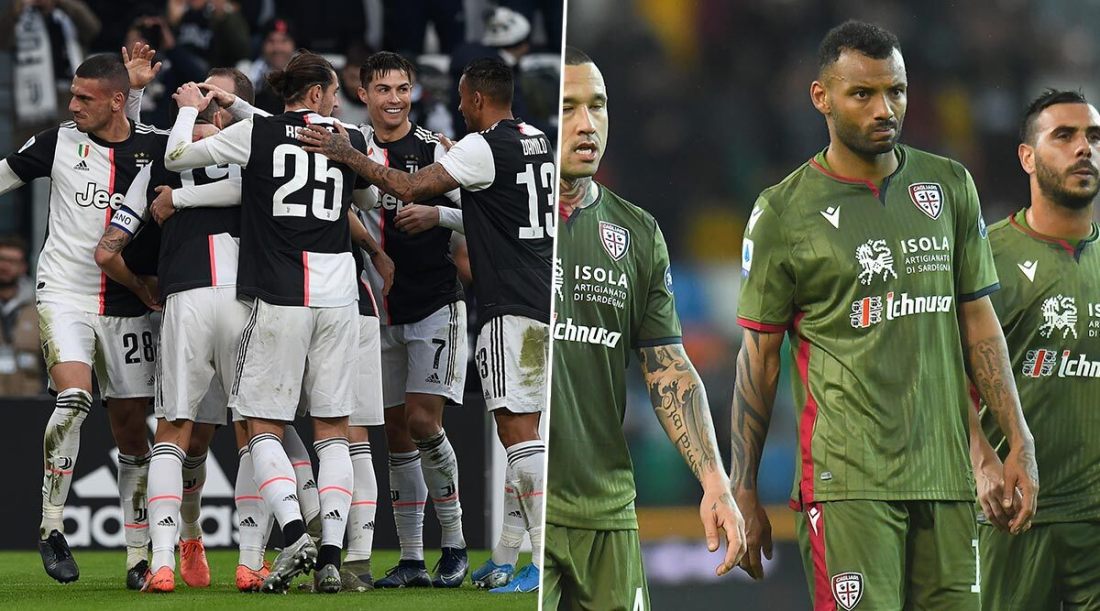 Defending Champions and Italian football Juggernaut Juventus took on one of the feel-good stories of the season matching up with Cagliari to kick off the new year. Cagliari has overachieved their expectations going into the new season. This is not a team that was expected to be in the position that they are. They have a possibility of getting into Europe this season against all the odds. They have performed well against some really good teams however it would be a very difficult test for Cagliari as they traveled to Turin to try to deal with Juventus. The score line may have looked deflated at the end but prior to that, they did a really good job defending against Juventus. They kept them out of danger for most of the first half. Demrial came close coming off a corner kick but outside of that Cagliari did a really good job of containing Cristiano Ronaldo Paulo Dybala and Gonzalo Higuaín who really didn’t have that much of an impact in the first half. It seemed like a very even matchup football at least at the beginning. In was a very uneventful first half. In the second half things started to change defensive collapse between Cagliari’s center-backs allowed Juventus to take this game over. Prior to that, they had done a really good job against them but one mistake opened up the floodgates. It was a really poor pass that landed on the feet of Cristiano he orchestrated himself outside the goalkeeper around him before putting the ball into the back of the net to give Juventus a 1-0 lead. That would only be the beginning Juventus continue to pressurize while Cagliari was on the back foot the majority of the second half. Then all of a sudden Juventus started ripping through repeatedly. Paulo Dybala put together and absolutely terrific run from outside of the box cutting Inside the box around several Defenders before ultimately being clipped inside the box as Juventus was given a penalty. Cristiano Ronaldo stepped up smooth as you like sliding the ball in it to the bottom corner to give Juve a 2-0 lead. Cagliari came forward a couple of times trying to respond but Szczesny was on his game making several saves essentially eliminating any chance at a comeback. With less than 10 minutes to go slow-paced, Gonzalo Higuaín took the ball right outside the box striking from deep as the ball rolled into the back of the net to give Juventus a 3-0 lead. Just one minute later Juventus struck again as Douglas Costa picked out a perfect pass for Cristiano Ronaldo who completed his hat-trick scoring from the side of the Box in what would end up being a 4-0 victory for Juventus. A fantastic way to start the new season and the first hat-trick in Italian football for Cristiano Ronaldo. Cagliari wanted to prove that they belong among the Elites in Italy after that performance that can certainly be questioned as they fall on their face in Turin.