AC Milan signed Ibrahimović to try to get themselves back into Europe for next season. This year so far could not have gone worse for AC Milan who is a team with the money and expectations to do a lot better than they have. Part of the problem is Paulo Maldini does not know what he’s doing in his role of running the club it has been a disaster and even some of the signings having questionable. Meanwhile they would travel to Cagliari to take on a side that has surprised everyone this season. However they have fallen having lost three games in a row. This was going to be a big test for them even though it’s just AC Milan they needed to find a way to get out of the rut. AC Milan looked really dangerous in the opening 45 minutes of the match. They were countless opportunities in which they were on the verge of coming through. Some miss-timing on some passes and just wasteful finishing. It did seem like AC Milan we’re shooting themselves in the foot. However Rafael leao continued to show qualities and justify why he was the only good signing that AC Milan has made. He has shown something really special the pieces around him just haven’t been able to help him. However despite not being at their best Cagliari did have an opportunity when Gigi donnarumma stepped off his line. They tried to strike from nearly half. They tried to strike from nearly mid-pitch getting the ball upwards on the verge of hitting the back of the net. However donnarumma made a great save getting his fingertips to it if that does not happen the momentum of the game switch is off. It was goalless after the opening 45 minutes but in the second half AC Milan continue to pressure forward and eventually broke through Rafael leao after receiving a really good ball from Midfield got into the box and delivered on a finish as AC Milan took a 1-0 lead. Less than 20 minutes later they would double it as Ibrahimovic at 38 years old struck the ball hitting the bottom hitting the bottom of the net scoring his first goal with AC Milan in his second stint. Even though he scored it still was a very risky transfer especially the amount of money he’s being paid. I will not back off of my initial opinion on the deal but it was good to see him get his first goal. Caglalri was done and dusted as they didn’t have enough time to create a comeback as AC Milan win 2-0 to inch themselves a little bit further up to table. Meanwhile Caglalri has falling off the map with yet another performance that sells them short. After starting so well it really does appear they have hit the wall as they are trending down 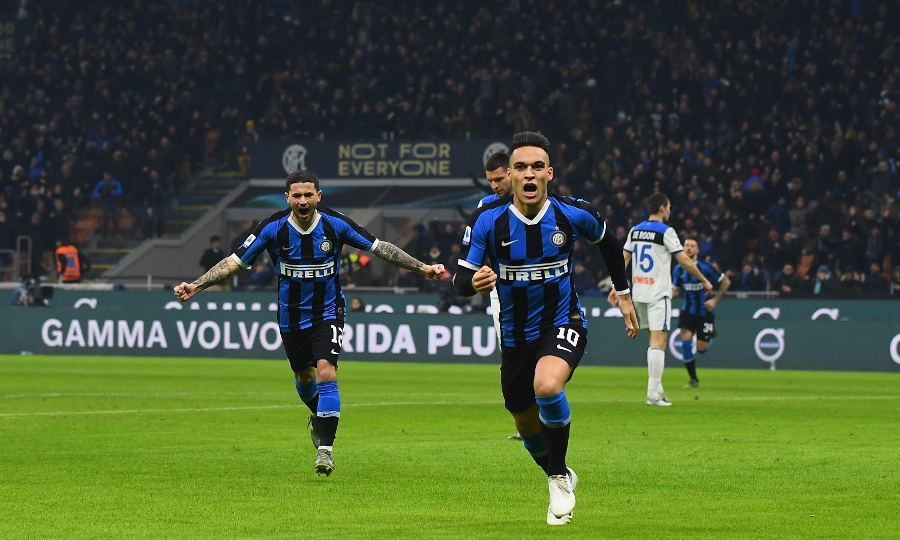 In one of the biggest matches of the weekend Inter Milan hosted Atalanta at the San Siro. This has been a very competitive matchup over the last several years as Atalanta has actually done pretty well against Inter Milan. This is a different Inter Milan team then last season with Antonio Conte in charge. Despite that this was a match that could potentially challenge Inter Milan. It continues to be a title race between Juventus and Inter. This match could have ramifications depending on the results. With Juventus playing against Roma at the stadio olimpico on Sunday. Inter Milan could not have started any better as romelu Lukaku finds Martinez. It wasn’t the best pass however Martinez did a good job controlling it getting through Inside the Box before Inter Milan’s best player converts on the chance to give them a 1-0 lead. It could not have started much better especially against a dangerous team like Atalanta who can break anytime with explosive players all over the place. Even though inter had the lead Atalanta we’re not backing down from anything they kept coming at them on a regular basis. Atalanta even came close many times throughout the first half. Samir handanovic was making the big difference. Atalanta had several opportunities in which they could have scored if it wasn’t for exceptional goalkeeping. They even hit the post as Atalanta were by far the better team in this matchup they controlled possession had twice as many opportunities and we’re not at all intimidated by the San Siro. Inter Milan held a 1-0 lead after the opening 45 minutes in the second half it was more of the same as Inter Milan strategic approach just didn’t work as Atalanta was coming forward frequently and often. Late in the second half Atalanta had their moment Robin Gosen brought Atalanta level beating Samir handanovic in a great executed play. After the equalizer Antonio Conte made a catastrophic mistake that nearly could have cost them the game. Martinez is Inter Milan’s most explosive player and Inter needed a goal so instead of bringing on some support Martinez was taken off by Conte they nearly lost this game because of it. Atalanta ended up getting a penalty at the end of the game but Samir handanovic was at his very best making a save that denied what would have been three points for Atalanta. However this was not a good performance by Inter Milan Atalanta did not get the result they deserved. Inter Milan failing to live up to expectations and perform to their standard cost them. Juventus beat Roma at the stadio olimpico Sunday as they stand alone at the top of the table with two points of separation. Inter Milan needed to be at their best in this match and because of it they allow Juventus to take advantage after a poor performance against Atalanta at the San Siro as giampaolo gasperini and Atalanta come to to Milan once again and get a result. 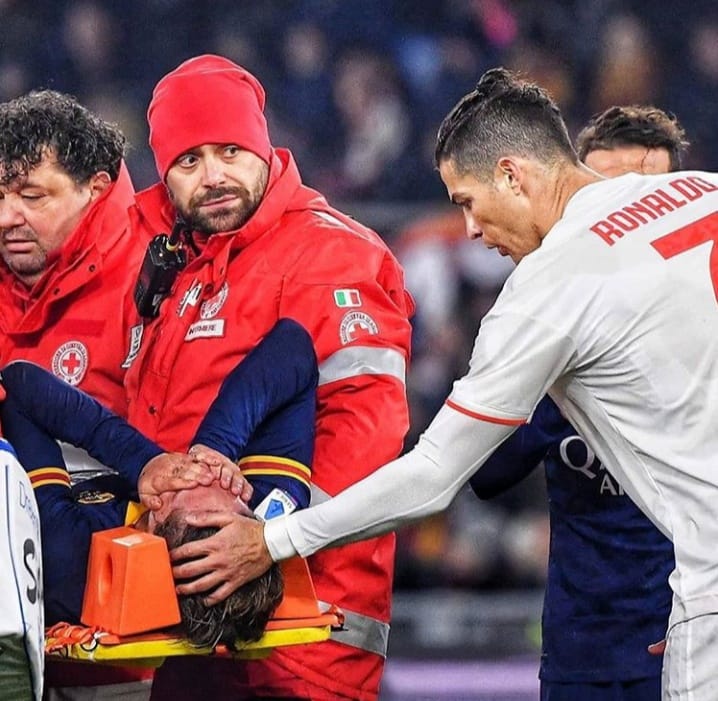 Sunday evening Juventus and Roma went to battle in what was the one of the most exciting matches of the weekend. Even though the Juggernaut Juventus historically have a significant Advantage ahead of Roma. Coming to the Stadio Olimpico has never been a simple task. In fact their last victory in Rome dated back to 2014. This was never going to be an easy task despite this Juventus started as fast as they could imagine. Demario stuck his foot through the ball as he took the ball into the back of the net coming off a free kick. This would give Juventus a 1-0 lead after just several minutes. Roma tried to respond with a few opportunities that did not go their way. Then again just a few minutes after Juventus scoring the opener they would have a chance to double it in the opening 10 minutes. Jordan Veretout pulled down Paulo Dybala in the box as Juventus was given a penalty. Stepping up to deliver for Juventus would be none other than Cristiano Ronaldo. The Portuguese stepped up from 12 yards out as simple as you like putting it into the back of the net to give Juventus a 2-0 lead. Despite Juventus being in front Roma were playing at a much higher cliff throughout the game. They had more possession they had significantly more scoring opportunities and look dangerous more often it wasn’t the best performance for Juventus despite a fast start. However similar problems would come up yet again for Roma as the team’s finishing ability just wasn’t good enough. On top of that late in the late in the first half. Roma were dealt with a big blow as the injury problems would only continue. Only this time it would be from one of them is it most important players. Nicolo Zaniolo had to be taken off by a stretcher he has since been diagnosed with a ruptured ACL he will miss the rest of the season. Roma continued to try to find a way back into the game in the second half. Losing Zaniolo to injury and Roma continue to fail to convert in front of goal. Eventually Roma would get a goal back though after a handball the Romans would get a penalty. Stepping up would be Diego Perotti who converted from the spot to minimize the deficit. Juventus played scared in the second half and gave Roma far too many opportunities to at least get a point from the game however issues with finishing in front of goal plagued them. As Roma come up short in an utterly disheartening performance. As Juventus now stand alone at the top of the table.